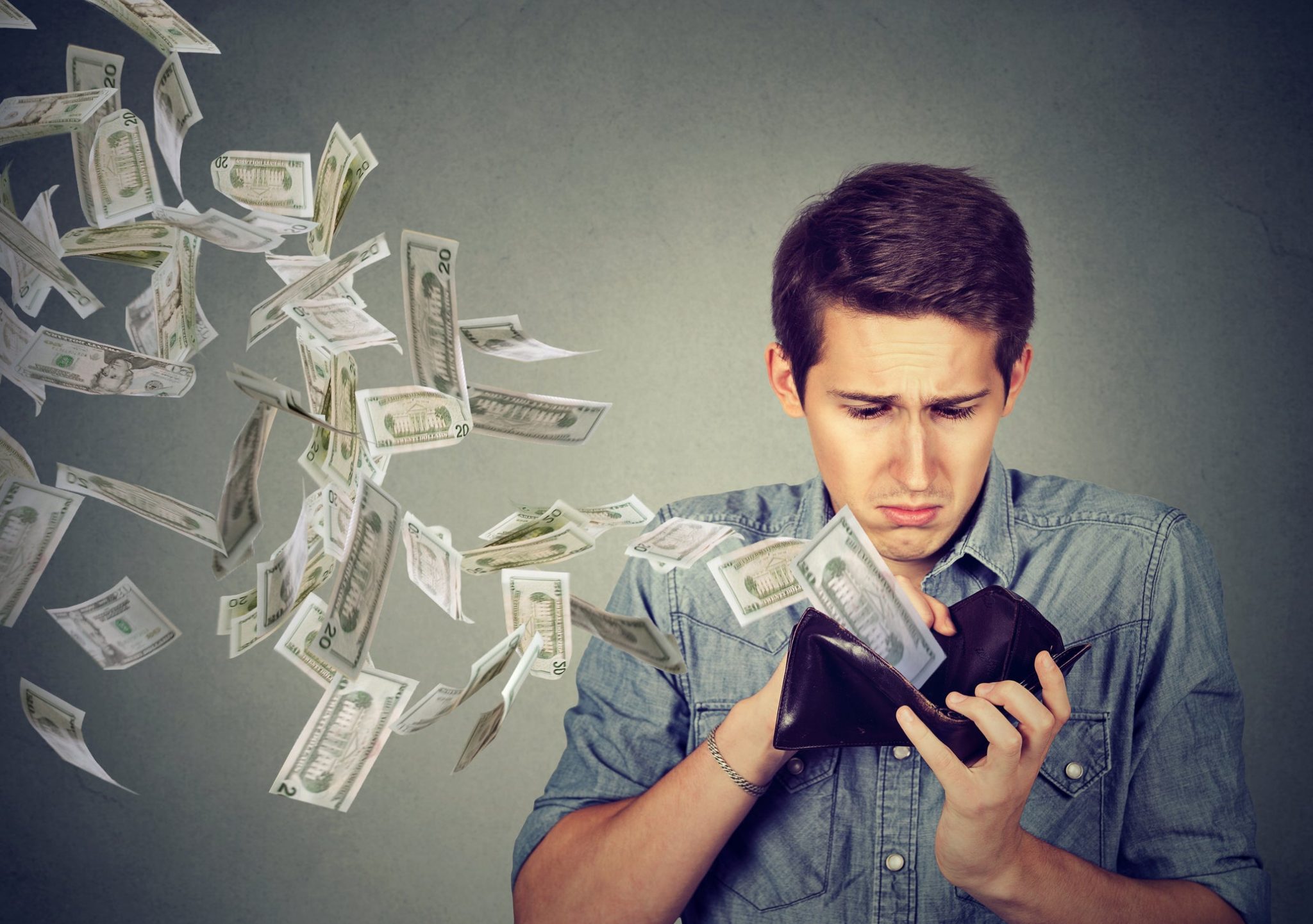 The idea of buying on credit, meaning you get your product now and the bill (the pain of paying) later, is as old as time. Well, maybe not that old, but the I O U business has been around for a while. But it seems to have gotten a newly marketed sheep’s skin to trick the new generation to buy into the wolf.

I recently read an article about Klarna, a Swedish bank quite heavily promoting “buying now but paying later”, even with the ability to “slice” your payments. Their “slice it” seems very popular, and the ability to split a payment into multiple smaller ones does seem to appeal to the immediate pain of paying, making it an agreeable thing to do.

Ironically, the total pain of paying, if we are assuming the loss aversion curve as seen with Cumulative Prospect Theory would argue that multiple smaller amounts would total a higher pain of paying than one big amount would, but we are not going to dive into that theory here.

This “enjoy now suffer later” mentality when it comes to paying is mainly marketed to millennials, who genuinely think this is the newest thing on the market to fit their “oh-so-different” needs and lifestyles. However, read the small print and surprise, surprise, this is just another way of marketing credit. Don’t be fooled by it. Or you’ll pay the price for it.

The issues I have always had with this style of marketing (from a behavioral science perspective) are that:

In other words, it’s blatant lying through the assumption of (continued) ignorance. The legality is just above questionable. The ethics are in a VERY dark grey area. Like running a red light and calling it dark orange. Very dark orange. 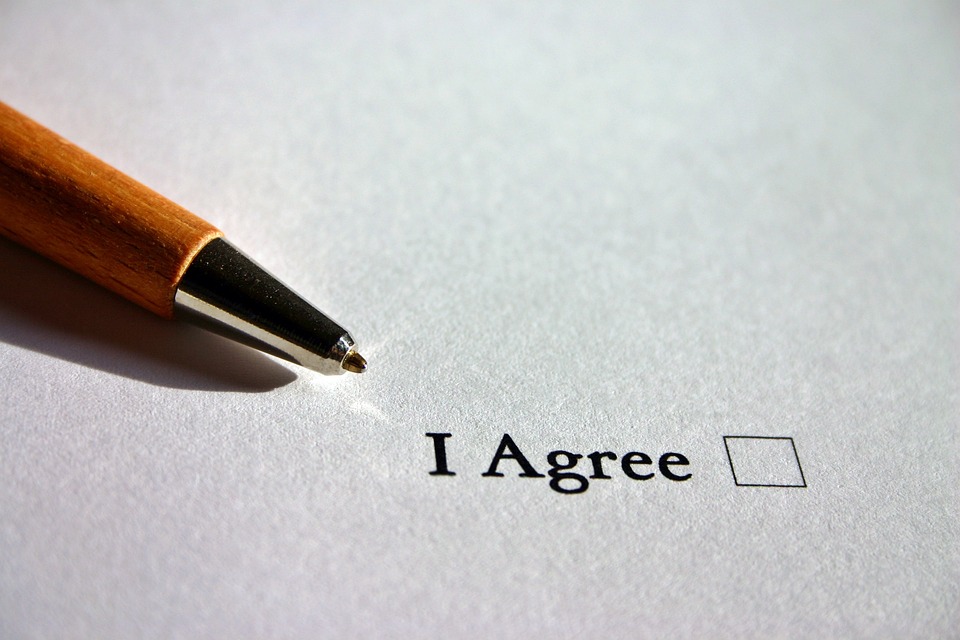 Leaving ethics and legal issues aside, from a behavioral science perspective this bank stands to make a killing. Why? Well, there’s an APR of 18.9% on the debt. Which is in the small print. Naturally.

Now buyer, don’t panic yet. This variable interest rate only wants to ruin your life if you opt to pay the minimum payment rather than the interest-free payment. Where would you find this out? The small print. Haven’t you caught on yet?

Another thing that might be nice to know is that if you fail to pay after 30 days, your details could be passed onto a debt collection agency affecting your credit score. If you’ve read one of my previous articles on different forms of debt, you now know that this really does worsen your financial position when it comes to obtaining other sources of debt, such as a personal or business loan, or even a mortgage. Not good…

Now even though I know what’s going on in terms of trickery and pure tomfoolery, I do understand why this marketing tactic works. The financial environment for the average millennial, who is the main target for these “new” schemes, is incredibly complicated. The financial sector has massively evolved, sprouting new apps, services and products, every day, without fail. Life for the millennial is also unlikely to be debt-free, with the increase in price for education, the crisis we have just been through and the fact that wages do not keep up with the increased cost of living, let alone inflation. Millennials have been cut a shitty deal, and this marketing scheme is pretending to be a relief from that.

Why do the “slicing” and the “buy now pay later” tactics work? Because income has become incredibly fractured. When looking at datasets showing income distribution or general transactions (can’t reveal sources, I’m on NDAs, sorry) we see that throughout time, the gig-economy, showing weekly or just incredibly irregular payments for services rendered has blossomed and boomed.

Now, there are arguments for and against the gig-economy, sure. Not relevant here though. The gig-economy is upon us. Especially for millennials. What this means if that they do genuinely live paycheck to paycheck, but without the “comfort” of knowing what that paycheck might look like. It could be tens, it could be hundreds, it could be thousands. Whatever the amounts, or the skewness of them, you can’t build on it. You can’t schedule payments in. You’ve got no clue when you might have all of your rent money ready.

This lack of structure and insight into your own financial future is what makes slicing or paying later so appealing. You know you can’t really pay for it now, but you might be able to later. Most people who do engage in this scheme are pretty certain they’ll be able to pay for it later. The issue is, even if you’re pretty certain, you can still be damn wrong.

I have always been taught that the best thing to do for your finances is to live within your means. Now I know that when you don’t actually know what your means are, and have no clue as to whether your means today will be your means tomorrow, this advice might seem rather dated, or just plain useless.

But let me break it down for you with a modern twist: If you can’t pay for it now, don’t sign up to pay for it later.

You can’t count on money like that. Life always gets in the way. Unexpected delays from whoever is supposed to pay you can happen. Increased costs can happen. Unforeseen expenditures can happen. And suddenly, you no longer have the means left you thought you’d have left. But you still do have the outstanding payments. The financial service sector knows this. They are banking on it.

They might be the service provider, but you are the product.

Merle van den Akker Merle van den Akker is a PhD student in Behavioural Science, at the Warwick Business School. She studies the effect different payment methods, especially contactless and mobile methods, have on how e manage our personal finances. In her "free" time she writes articles on personal finance, behavioural science, behavioural finance and life as a PhD student, these are all published on Money on the Mind. With DDI, she writes on personal and behavioural finance, to ensure that knowledge from academia trickles into the mainsteam, and can help as many people as possible!
« Vertical, and the horizontal knowledge illustrative embodiment of preconception at the talent stage
New Cycle? Four Future Possibilities of Bitcoin, Part 2  »