Demographic Economics: Studying the Changing Patterns of Consumption and Saving 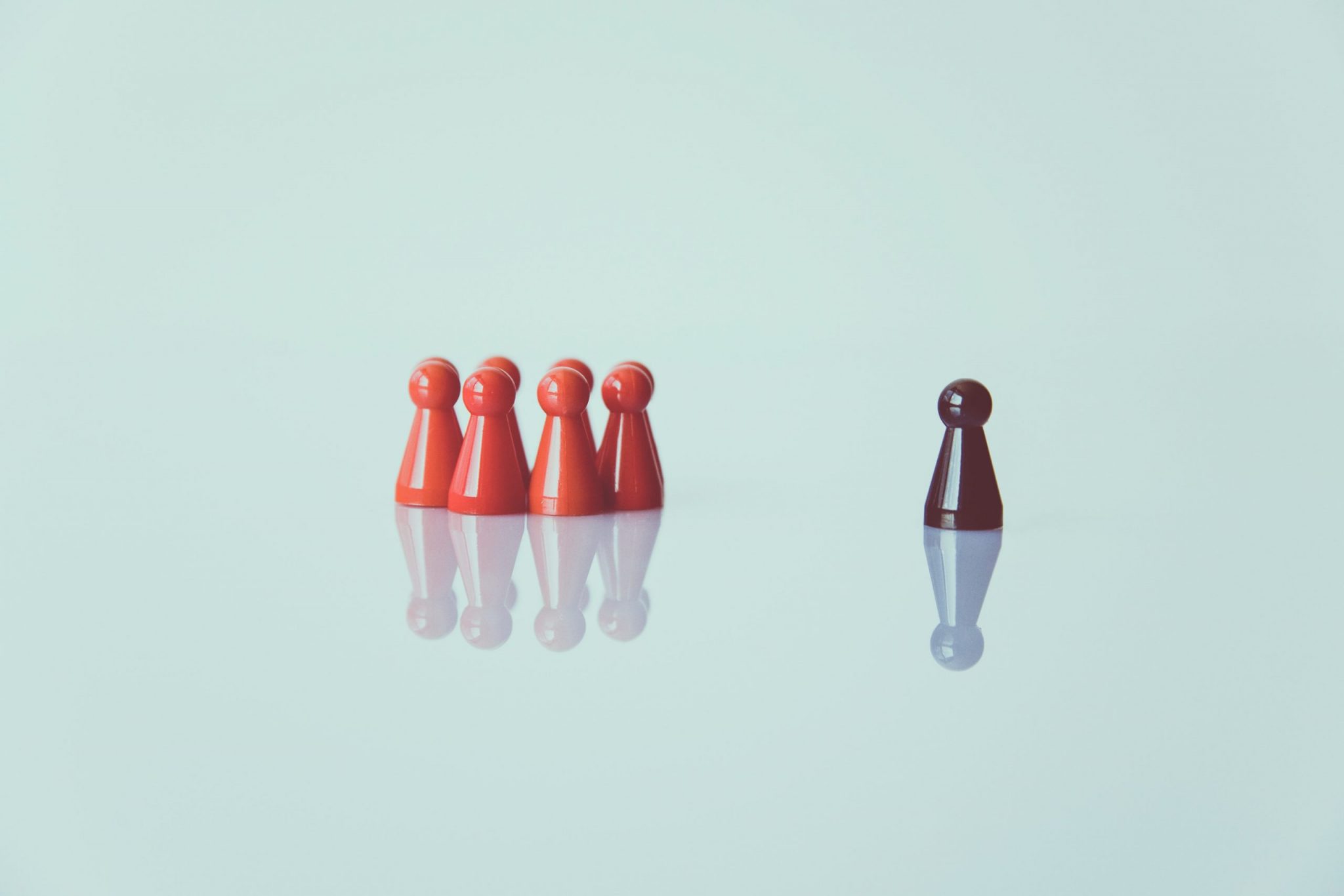 Fundamentally, a large part of the total income of an economy comprises the patterns of consumption and savings which is highly affected by the aging individuals and the constantly changing demographics of that country.

All the world’s a stage,

And all the men and women merely players.

That’s how William Shakespeare creates an unexampled analogy between the world and a stage, and its men and players. Coincidentally, even modern-day economics treats men and women as ‘rational players’.

But do all ‘players’ contribute to the economy equally? If not, then how can we categorise them into groups? The answer to this is highly subjective, contingent on what is one’s area of study or what is one trying to define and derive from it.

To study the patterns of consumption and savings in an economy, the overall population has to be first categorised by their economic activity. This forms two groups – working age and non-working age population. The working or the independent are classified as people in the age group of 15 to 65 years. Those left comprise the non-working or the dependent population, that is, below 15 years and above 65 years of age. This classification is used widely by demographers.

The dependency here is bound to be monetary, as groups can be allocated simply on the basis of their earning capacity. The non-working population is not employed and does not contribute to income but has high levels of consumption. New-borns require natal care and timely immunizations, which is quite expensive. As they grow, schooling and healthcare are the significant areas of expenditure. Then there is high school which is dear to afford. Until the age of 15, when they become employable, they are called dependent. Another section of dependents is the retired, old class of people. These require as much care, if no less, as they required as a child. However, in this case, retirement funds and pensions can act as savings; but they aren’t enough to support a chronic disease or a major surgery which they might undergo.

At the consumption front, these dependents go overboard. And to support them, the working class comes into play. After all, they are parents of their child or (and) children of their aged parents. It has been extensively studied that the consumption-to-income ratio of the non-dependants is much less and that they tend to save much more. These savings are used by the dependants, on their consumption. Another reason for the increase in savings is the rise in life expectancy and thereby saving for their future leads them to consume less now. 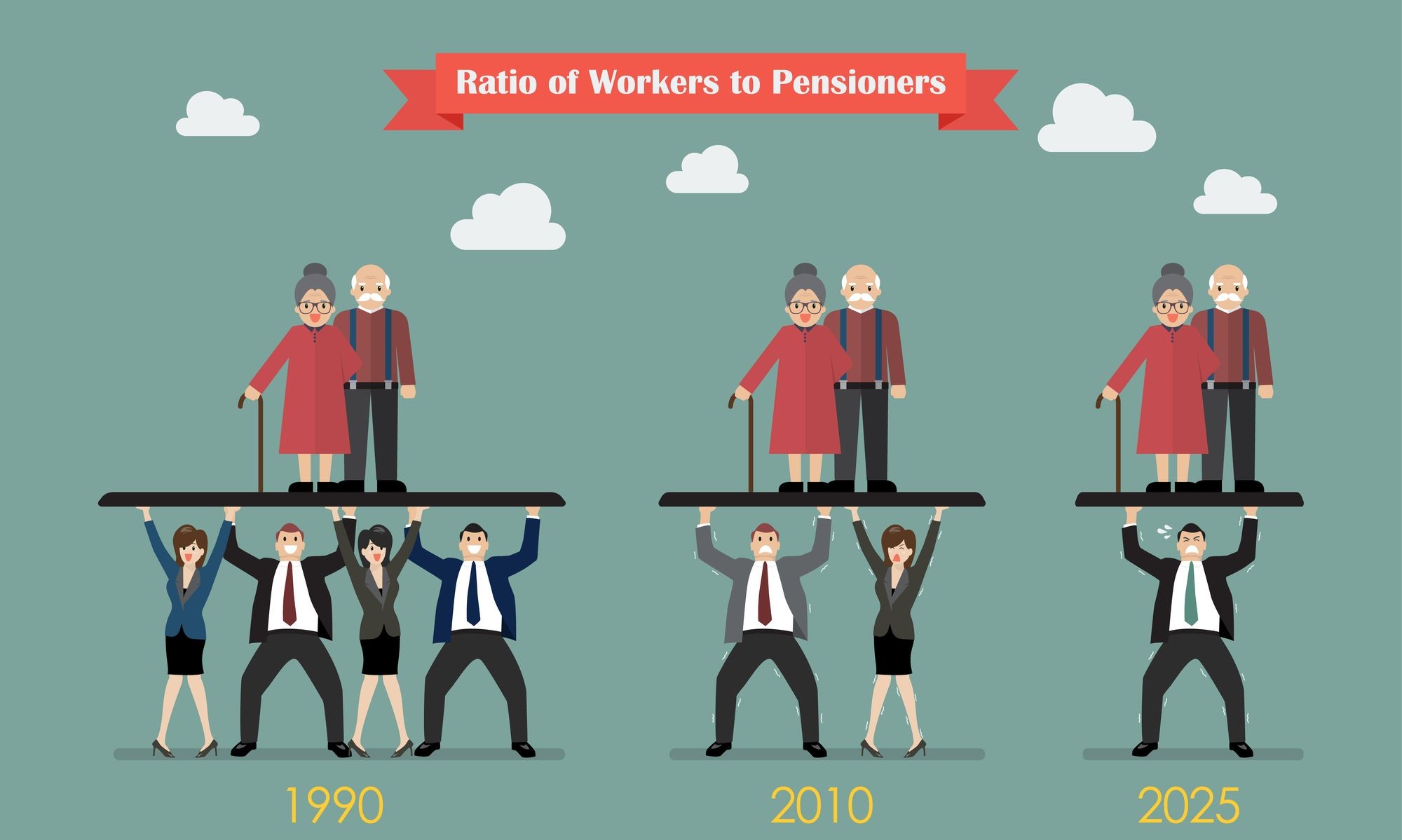 We can argue that the birth rates are not that flexible due to fertility choices of households as countries develop. There is a lack of a proper social security and insurance market which leads to more births in order to have more hands to work and procure the minimum wage. On the contrary, the death rates reduce as the accessibility and affordability of healthcare betters. This leaves the country with a huge working age population and thereby a huge labour supply.

As a country develops, its death rates lower, it observes an inevitable population boom. So, with high savings, leading to high investment, the economy and the population grow together. This high investment leads to better infrastructure, services and employment opportunities, hence labour demand, for a growing population. So the rising population might not be a bad problem at all! It facilitates further investment and even enables the economy with more human capital.

That said, it even increases the population burden on the resources of the economy. However, if used to its full potential, it might create a ‘demographic dividend’ rather than a ‘demographic disaster’.

No such analysis is ever complete without an India-China comparison. The obvious reason being that both have observed a population boom in their formative years and have successfully sustained growth due to their demographic dividend. India, it is said, will witness a population rise until 2030 and with wise demographic policies, it can harness it to be a demographic dividend. Policymakers should deliberate upon building strong foundations of education policy, health policy, labour policy as well as banking and insurance facilities.

Even crop insurance can significantly contribute to the betterment of the rural farmers. Similarly, an old-age social security would help poor to not think of their future as bleak as it might be presently. It will, in a steady manner, ensure reducing birth rates as dependency on children would reduce and spending in their formative years can be simply avoided.

In China, on the other hand, we see a more aged population now. A part of the credit goes to the infamous One-Child Policy. However, they have developed an extensive manufacturing and service-led economy using the huge demographic potential at their time. Now, they are required to sustain it with its rising dependent population.

It raises serious concern. When people grow old, do they become inutile? They do add a lot to consumption and take a lot out from saving, which could have been an investment otherwise. The two economic problems that can be naturally identified here are declining power to earn and support themselves, and increased utilisation of public health care amenities. The declining health of elderly has led to paying higher insurance premiums and spending profusely on medicines. This huge expenditure has replaced the earnings fully, often called earning replacement. And a higher-than-ever life expectancy has only made things worse for the old.

Otherwise, the elderly would be in mere oblivion; sans teeth, sans eyes, sans taste, sans everything.

Shereein Saraf is a student of economics interested in questions related to development, ranging from health and education to labour and insurance. As you might have guessed, she is one of those who can explain anything and everything using graphs and equations. However, she writes about the most perplexing development phenomena using none of these prominent economist's tools. She believes her work is coherent but at the same time develops a curiosity in the reader's mind to know much more about it and go beyond the scope of the article and the views presented in it. She is currently pursuing her undergraduate studies in economics at Shri ram College of Commerce, University of Delhi. Having interned as Government and Public Sector Consultant with PwC and volunteered at Goonj, an NGO based out of Delhi, she has gained an all-embracing experience. Hoping to proceed with her postgraduate studies in economics, she wants to build a better and more informed world around her.
« AI and recents GDPR compliant regulations
Ready or not equals success or failure »