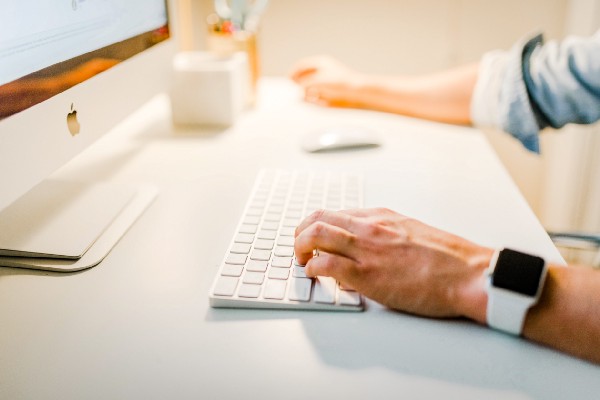 Community driven projects with the end-users in mind, the non-profit heroes we take for granted

Open-source software is free. Contributions to an open-source project come in many forms. If you are a highly skilled developer that has an interest in the project, you may contribute your time to help develop the project altogether. Otherwise, you can usually support the project maintainers by donating money to them directly. Though the practice of donations is not widely adopted by all project maintainers, because some developers do it as a pet project or as a hobby.

Open-source projects help define modern life. A famous example would be the OS Linux. Many companies today use Linux on their servers. Many developers also build distros on top of Linux adding new flavors to the Linux environment.

You see, the entire concept of open-source revolves around teamwork. The end goal is to develop the project further, resulting in better software for all.

Now to the part you are waiting for. I want to share the 5 open-source tools I have been using in 2020.

LibreOffice is an office suite similar to Microsoft Office. Its initial stable release was in 2011. Personally I use this app on my Linux PC because when I want to edit a .docx file I do not want to restart my dual boot PC to open Window. Although there is other free-to-use software like Google Docs, I still prefer to use LibreOffice at times because it doesn’t require an internet connection.

There are also other open-source competitors like Apache OpenOffice, recently debuted in September 2019, I have not had the chance to compare the two and I am still stuck with Libre. I’ll be sure to update you otherwise.

All-in-all I believe Libre is a good substitute for Microsoft Office and it is available on Windows, Linux, and macOS. If you are interested in trying LibreOffice you can download the installer from their site and if you want to contribute, the original source code is available on GitHub.

Greenshot is an open-source screenshot software. It has a built-in photo editor so after taking screenshots you can directly edit it. Honestly, Greenshot is my favorite open-source software out of all the others on this list. I work as a software developer and because I am required to document the apps I make I usually use Greenshot to highlight each button on MSPaint after taking a screenshot using Snipping Tool. This app has been a great help for me.

I am recommending this software, as the editor’s choice. Greenshot is free-to-use for Windows users but it is covered by a paywall on macOS. But Linux is not supported by Greenshot. The Greenshot installer is available at their site, and the source code is available on GitHub.

Open Broadcaster Software (OBS) is one of the interesting ones. The application is usually used for screen recording and streaming. The software is excellent and it is FREE. Many people use OBS, at their site the OBS project already has some tough backers like Twitch, Facebook, NVIDIA, and Logitech.

Personally I really like the application because although it has many features it is by far the fastest screen recorder I have ever used. The recordings are seamless and the options on the audio recording are excellent. The software is written completely in C++ so if you are interested you should check out the original repo available on GitHub. Oh and if you want to try this bad boy out for yourself, it is available for Windows, Linux, and macOS. Just download the installer from their site.

OpenShot is an open-source video editor. After looking up its features and UI, I can honestly say it is one of the most legit free video editing software out there. Best of all, NO WATERMARKS! I dread software watermarks on my videos. If you are a hardcore video editor maybe you won’t like this software as much as FinalCutPro or Adobe Premiere or Adobe After Effects, but just look at the features available in this free app.

The amount of work committed is impressive. It is worthy of a recommendation, take a look at their site. The source code is available on Github.

This one might be the most well-known project on the entire list. Telegram is a messaging app, the client-side apps are open-source. The original source code is available on GitHub on two separate accounts, Android would be here and for iOS would be here. Telegram is a secure messaging platform. It receives income from its donators. Even though the app is not entirely open-source, because the backend service source code is not shared with the public. Probably for security reasons.

I recommend you try the X version A.K.A Telegram X because it seems better than the original one. The Telegram X experience is seamless and very efficient. You download it on the Google Play Store or on the Apple App Store.

Now, this one is a bonus. Because I thought Mastodon is an interesting subject, I thought I would mention it here. Mastodon is an open-source social media website. It is a microblogging site like Twitter. The reason Mastodon was created is in the hopes of creating an independent social media, not abiding by rules that can be changed by a separate entity.

The whole project motto is “Giving social networking back to you”. Independent organizations can host their own instance. But users from different servers can still connect to each other. Details can be seen on their site. The original source code is available on GitHub.

Hey! I hope you found my article useful. Stay safe and healthy and don’t forget to take your vitamins.

Agustinus Theodorus Agustinus currently works as an IT Architecture and Web Services Staff at Bina Nusantara IT Division. Handles crucial API for the company's core data process. His hobbies include reading, writing, and coding (obviously!). His interests include automation, natural language processing, and artificial intelligence. Though he isn't a tech-specific writer, you can read more about Agustinus and his works on his blog.
« Libra may be the end for Facebook: Part 2
It takes a village to take care of a patient »