When we speak about the virus plague, we usually focus on the practical points of: how to stop it, how to protect yourself from it, etc. I would like to add another aspect to the discussion and speak about the social implications of living with such a situation for a long time. How will it change the society and the interpersonal behaviors that we have built among us?

As a child of the 80s, I have experienced the Gulf War, when Iraq fired toxic gas rockets on Israel, and we had to use sealed armored shelters quite often. These were surprise attacks and we had about 2 minutes to reach a shielded shelter and wear gas mask, day or night. That period lasted more than a few months. That war greatly influenced any person, especially children, in many ways.

Later, in 2006, I participated in a war as a soldier during my service in the Israeli army. The reality of war and army life brings great uncertainty with it. That is why discipline is so critical there, but we will get to it later. War is an experience non-comparable to any other. It shapes a person.

I believe the Corona Virus Plague is carving our social personality as we speak, far beyond the individual influences. I believe that a public discussion about these effects will help humanity better cope with it.

​”The plague is carving our social personality, far beyond the individual influences it has on each of us”

New York and London are known for being “cold” cities, where citizens don’t care about each other (not greeting each other hello; not ordering police when hearing calls for help in the street; not stopping for hitchhikers; etc). I don’t say it’s the truth, but that is the image.

Well, now all over the world, citizens are ignoring each other. And we have a good excuse for that (or a reason, depending on how you see this). We walk away from each other, keeping the distance. Being far also prevents us from speaking to one another. This leads to social isolation.

Psychology speaks of several social circles of intimacy: yourself, your family, close friends, extended family, work colleagues, others… In a world where we are forced to stay at home with our core family, we are forced to change a lot in our behavior (probably the big one is not using grandparents as babysitters to the shouting kids 🙂 ).

Traveling in Mongolia for 2 months showed me that even today, the core unit can “survive” even if they all sit together inside a 10×10 meter open space tent. Mongolia’s winter is a 4–5 months long with minus 25 degrees Celsius outside, so nobody leaves the tent (almost).

During my BA, I wrote a paper about the history of communication focusing on the influences the internet had on it. One of my key points was that the loss of face to face interaction had a crucial influence on the way humans communicate. I believe this is one of the key reasons for the huge generation gap between the 1970’s and the 1990’s.

In today’s situation we have no choice but to communicate virtually. Everybody now knows about Skype, Zoom, and Whatsapp video calls. But not everybody knows how to use it correctly. Remember to keep your camera open to maintain face to face relationships.

Face masks cover the mouth and hide the facial expressions. That alone makes it very difficult, even in face to face interactions, to identify feelings and emotions.

“Can you tell in which picture I am smiling?”

Accepting change in life routine is quite hard for us. Perhaps you don’t realize, but waking up for work or school, our meals during the day, other social procedures like Italian Aperitivo or British tea time — all have a direct influence on our perception of stability in life. A change to our basic routine can feel like nothing is certain or safe.

According to Maslow’s Hierarchy of Needs, the plague influences us at almost every level. This is the reason we become upset and insecure.

Any good life coach will start the therapy from planting the idea that YOU are in control of your life, and YOU can drive it to another course. Having no control is a very stressful situation to deal with. You feel Helpless.

The fact that we also don’t know when it is going to end and how it’s going to go down, adds uncertainty to our future. A government-controlled curfew is not an easy situation. Especially when it is not trusted by its people.

What Can You Do?

Realize the plague is going to end. This plague is not going to kill us all. It is not the end of the world. Not yet… The spread is slowing down, for a fact. Stick to the rules and it will bring normal life back.

Find a routine and stick to it. Routine is SUPER important. Once you understand your preferences and what makes all of you feel good, find a way to make it work. You prefer to work nights? Others prefer to work days? It’s ok! Switch hands on the work room. It’s complicated to reach, but it will do wonders to your effectiveness and feeling of safety.

Force yourself to open the camera during your calls. It is the easiest way to keep yourself disciplined in a daily routine of shaving, showering, dressing up.

“Keep your moral up, understand it is all going to end, take advantage of the situation, and realize the proportions of all this”

I am a freak for preserving balance with nature, have huge appreciation to it and I take inspiration from it. Human species have transformed from being hunted to the dominant species. But during the past 50 years we have started to destroy the planet in our own doing. But instead of adjusting our own behavior, we try to find other planets to live on…

The Matrix movie by Wachowski brothers mentioned that humans are like the virus for this planet, since we “come, multiply, deplete all the resources, and then move to another location…”.

I am not trying to criticize, even though I know it sounds like it. What I do want to say is that the natural world is “fighting back” for stability. The increased number of tornadoes, earthquakes, forest fires, floods as well as virus plagues — are all natural ways where nature tries to maintain balance.

This virus is scary since it silently affects a person and shows its signs only after 2–3 weeks. But it’s just that. If you stop it from spreading it will die out. And that already happens around the world, for a fact, even in Italy where I live at the moment.

This plague can be stopped. Yes, it killed and will take more lives. But we will get to the end of this. This is not the end yet. We will be required to finish paying our mortgages.

“How Will The Post Plague World Look Like? Thinking About This Would Already Make You Feel Better”

Think how you will confront this type of things after this all ends. Focus on the future of post-plague. Imagine what the world will be like a week after the government will confirm we can go back to life. A month after. After the parties, and the fun shopping everybody will do. How will society and trust look like? Could we hug and kiss again for hello? Will we continue to wash hands so much? Wear gloves in supermarkets (which, by the way, existed in Europe already before the plague)?

Please feel free to answer these questions in the comments. And stay healthy and safe.

Written together with my partner, Liron Levi Oz, an emotional life coach. 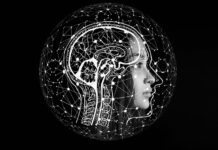