Coronavirus and the forecast of change 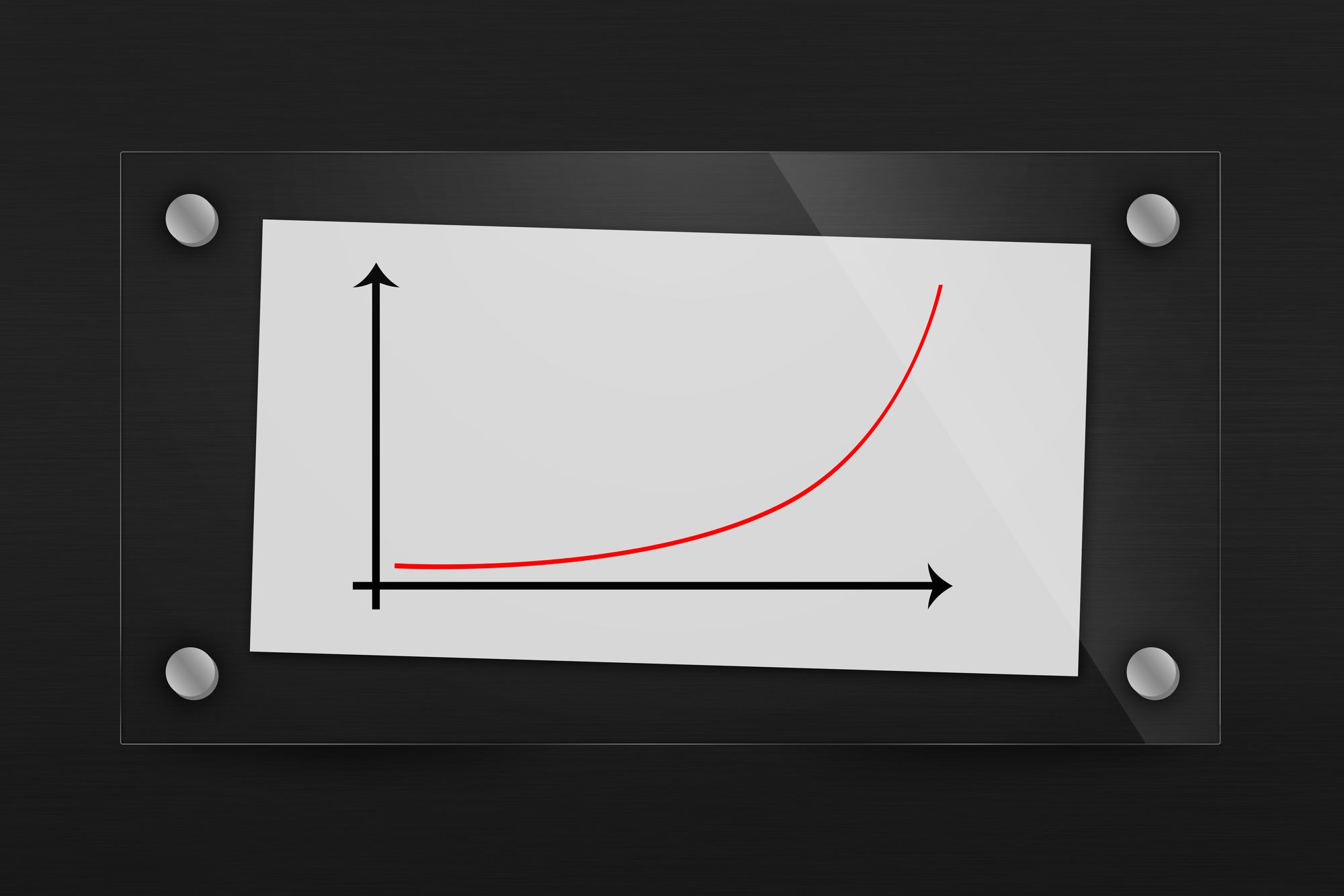 Thousands of people are dying, and millions of people have lost jobs. However, there are reasons to believe that the COVID19 epidemic will fade away over the next six months. There are many tactics to control its spread and manage its effects, and these tactics will add up.

I like to write about innovation, which is real technical and economic change. This article is about the perception of change. It is about how we imagine change in the next year. Many public health experts and commentators believe that the COVID19 coronavirus will cause long-lasting problems or multiple waves of infection. They are looking at an uncertain future, occupied by a disease capable of rapid spread, and trying to compensate for difficulties in the way that all of us humans perceive change.

Now the exponential has been tamed, and we are facing a period of sustained incremental progress in eliminating the disease. This brings up a different type of perceptual problem. It’s difficult to imagine the impact of sustained, long-term change from multiple causes. During the past few months, we only had to think about a few things- the spread of COVID, and the simple lockdown tactics that were available to halt its spread. Now, we have a much bigger menu of tactics. We can imagine how one tactic might play out, but we tend to ignore the effects of moving on multiple fronts.

At the beginning of the epidemic, we had an unpredictable exponential. Now we have many different tactics to suppress the disease, which increases predictability. We do not know which tactics will work, but we can be confident that they will add up over time.

Let’s consider the many tactics that are now in play.

Most people are smart enough to change their behavior to avoid danger or harm to society. When faced with rapid COVID transmission, they quickly adopted “social distancing”. Now, we know more about how the disease spreads, and people are getting smart enough to avoid it with less costly tactics.

They are wearing masks to block transmission between friends and neighbors. They are touching less and washing hands more.

They are avoiding big gatherings with singing and loud/close-talking environments such as parties, funerals, religious meetups, business networking events, and meatpacking plants. These are the locations for “super spreader” events. This article catalogs “Superspreader Events in 28 Countries”. It makes a specific mention of some locations that have not caused super-spreader events — such as schools, offices, and airplanes. In these quiet environments, wearing a mask and being careful is probably protective.

Social adaptation alone can almost completely eliminate the disease. We do not need to halt 100% of spread. We just need to slow the spread enough so that each infected person infects fewer than one new person (R0<1). This chart shows how it is done:

The chart above shows two cases. The countries in blue are on track to completely eliminate virus.

The countries in red show that it his harder to eliminate the disease if the government is lazy and unhelpful, as the US federal government has been. In these cases, people use a sort of distributed decision making. They wait until the virus causes a level of harm that exceeds their personal risk tolerance, and then they act to keep infections at a plateau around this number. It will take longer for these countries to bring infections down from the plateau. However, infections will eventually decline as other suppression mechanisms become available.

We want to reduce the risk of death, for ourselves and for our family members. This is personally important, and it is also important for persuading people to participate in the economy. The most important way to lower the death count is to protect old people. We have done a horrible job so far. The disease has invaded nursing homes and killed in mass quantities.

We have only recently started putting state and national support behind efforts to protect elderly residents and the people that care for them. There are many tactics that we can use to protect our elderly and caregivers, and they will yield results.

Here is a chart showing deaths reported by May 4 in Massachusetts, a COVID hotspot. 191 people under 60 died, and 3,899 people over the age of 60 died. We hear about tragic cases of youthful people dying of COVID, but these are drawn from a global population of millions of victims. 191 people sounds like a lot, but it is not very much when compared with a Massachusetts population of almost 7M. The odds of a person under 60 getting a fatal case have been about 1 in 36,000. The odds of a healthy person under 60 getting a fatal case are lower. The odds of getting a fatal case if you are over 80 are high. People will assess the odds for themselves and their family members, and they will act on these odds.

We will get better at treating the disease in people that do get very sick. There are many paths to improve treatment.

Tests for COVID19 antibodies have uncovered populations that appear to have been infected, showed a low incidence of symptoms, and developed natural immunity. These results are controversial, but they add to the probability that the virus is manageable in the medium term.

If we get a vaccine, then COVID19 will become a much smaller problem. More than 70 vaccines are in development. I am not an expert in vaccine development. I know there are obstacles. I have heard that developing and testing a vaccine usually takes at least two years. There are many viral diseases for which we cannot find an effective vaccine, such as HIV and colds. However, this time really IS different. We are living inside the science fiction movie where every nation on Earth scrambles the jets to defeat the aliens.

We have never had this level of biotechnology, including new vaccine techniques such as RNA vaccines.

We have never had a disease that is so expensive. COVID is taking trillions of dollars out of global GDP. This means that we can afford to spend a few billion dollars building factories for vaccines that have not yet been tested or approved. This wastes a little bit of money (mere billions) on factories that don’t get used because the related vaccines don’t end up working. However, it saves trillions by accelerating the delivery of vaccines that do work.

How it adds up

Moore’s Law is the prototype for transforming unpredictable inputs into an astonishingly predictable performance curve. A big basket of tools goes into making better semiconductors — materials, equipment, lithography, capital markets, engineers, software, and more. In 1965, when Gordon Moore first made his prediction that processing power would double every two years, he had no idea how these tools would add up over the next ten years, and yet his prediction continued to be true, through multiple generations of all of these inputs, for fifty years.

COVID prevention and treatment does not need to go that far. It only needs to get us through the next twelve months.

Financial recovery depends on a recovery in public health. People are not going to go back to work and play in the same way until their health is protected. Fortunately, we can now be fairly confident that COVID will be suppressed as a disease.

Financial recovery might take a lot longer than a recovery of public health. Maybe the economy was unbalanced at the end of 2019, and COVID is the trigger that exposes and unwinds all sorts of problems. Maybe our response to COVID will unleash depression, or hyperinflation. Businesses have lost months of revenue already, so even in the best case of the fastest recovery, the financial effects will be huge.

There is some evidence that we are headed into a deflationary depression. Airplane tickets that used to sell for $400 are selling for $40. Oil and other commodities are selling for less than their production cost. 20M people have lost their jobs in the US. Companies are going bankrupt. In a deflationary depression, people stop buying, and the price of good declines, and people get paid less, and they can’t pay their debts, and the cycle continues.

Monetarists see reasons that we should expect inflation, with a rapid increase in money supply from free spending governments. This type of inflation is already evident in rising stock market prices, unsupported by underlying cash flows.

Depression and hyperinflation are closely related to the exponential change case. They have a narrow cause- our relationship to money and debt. Once they start to spin out of control, they accelerate. If you worry about one of these cases, you probably worry about the other, and you will end up thinking about “not much” or A LOT.

There is also an argument that we are in for a period of sustained change and innovation. People will have different behaviors and buy different things because their attitude has changed. Supply chains that are now disrupted will be rebuilt, but not in the same China-centric, co-located way. We will use our new skills at remote work to change what real estate we use and where we hire. These shifts will overwhelm vested interests that have held back change in industries like healthcare.

A world of sustained change is expensive, but has a good result. It’s expensive because we end up with a lot of stranded assets — thing we have abandoned. Then we have to invest time and money to build new things and new industries. Then we have to get new jobs in the changed industries, which takes time. In this scenario, it is possible that we will see a deflationary progression. We will have rising productivity that drives falling prices.

Financially, what are you forecasting?

It’s time to place your bets.

Andy is a software architect, CEO/CTO, and student of innovation. He is currently working on HumanDB, a new architecture for delivering automated medical advice, and Unbundled Fund, a better investment structure for digital private markets. He is the founder of Assembla, a SaaS collaboration company, PowerSteering Software, an enterprise SaaS company, Creation Mechanics, an evolutionary algorithms company, and employee #2 at SNL Financial. He has an undergraduate degree from Harvard.
« The sway of individuality for the benefit of mainstream and sake of rebellious minority
Opportunity awaits the innovators »