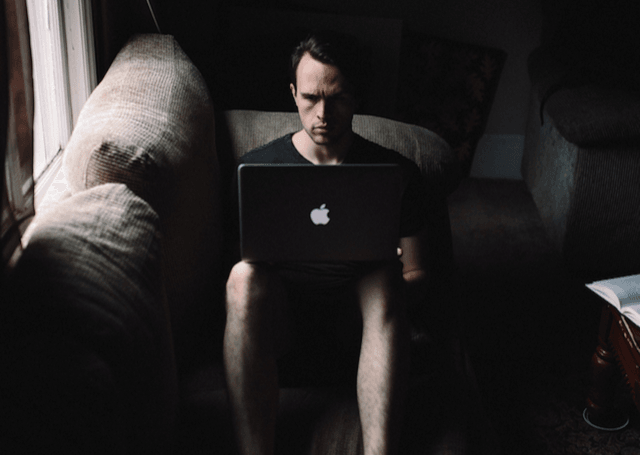 “The daughters of God don’t break for jerks.”
– Marianne Williamson

It occurs to me that single women worry more about e-jerks than lousy sex these days. You can walk away from lousy sex, e-jerks and daimers ain’t so easy. They’re ghosts for the most part, enjoying online anonymity with no consequences and apparently few moral or ethical concerns.

The term “ghosting” is a common practice among both sexes, but e-jerks do it more than most. “No one knows who they are,” one man explained on Reddit. “Maybe that makes them assholes by default.”

Assholes and e-jerks seem to be interchangeable, but there’s a difference. An asshole feels a certain fight-or-flight mechanism. They defend themselves. E-jerks are essentially immune to name-calling.

It’s sort of what makes them jerks. As Warren Buffett once said, “Having a billion dollars doesn’t make you a jerk. You had that basic DNA when you were broke.”

Well, wildebeests are a type of antelope that give off a powerful musk. Flies absolutely love musk. Women can’t give off musk over the internet, so this analogy makes no sense whatsoever. Unless words are musk. Maybe they’re “digital musk.” Selfies could be digital musk as well.

In any event, digital musk is pretty popular right now. Some might say too popular. Every comment can be a turn on, including negative feedback like, “God, you’re a knuckling-dragging chimp” Jerks aren’t turned off by this at all. In fact, they’re less likely to be offended than chimps.

Okay, we know what turns jerks on. What turns them off? This has been debated endlessly. Even Facebook would like to reduce the number of e-jerks and daimers, but this country has freedom of speech. Outside of inciting violence, white supremacy or bestiality, jerks have an open road.

So what discourages these jerks? First of all, it helps knowing how they think. Experts have concluded that most operate within a narrow circle of interest. They have obvious targets, usually women who offend easily or use chimp analogies.

Jerks really don’t mind being compared to chimps, or the fact that they haven’t evolved much based on their eating habits and personal grooming. This leaves women in a difficult position. What’s left if these jerks can’t be insulted by primate comparisons?

The answer is far simpler than women realize. Since very early times, women have had an arsenal of “turn offs” at their disposal. Catherine the Great used them. So did Queen Elizabeth I. They were so gifted in the use of these “turn-offs,” men literally cowered at their feet.

What did these women use that you can, too? Witty retorts. Jerks can’t stand them. It turns their willies to jelly. The best part is, witty retorts can be called upon in any situation, whether they’re made up on the spot or copied from famous witty retorters.

Dorothy Parker gave a great witty retort when asked why she didn’t have children. “It serves me right for putting all my eggs in one bastard.”

Obviously, not everyone is as witty as Dorothy Parker, but sometimes you don’t have to be. One woman had a jerk online who kept saying he wanted her body. She responded with: “Settle the fuck down.”

Jerks aren’t the brainiest people, so it doesn’t take much to leave them nonplussed.

Whether you go for the straightforward approach, or get witty like Dorothy Parker, the end result will be fewer jerks and more smart guys who appreciate a jolly good retort.

Who wouldn’t admire the heck out of you for writing something like, “Tell him I was too fucking busy, and vice versa”? (Parker said this to her editor).

So let’s take the example of the jerk asking you for hot pictures of yourself. Rather than say, “I really don’t appreciate being asked for pictures of me in my undies,” here are six ways to turn off his hot light:

“I was about to send you naked pictures, then I started wondering if you’re the toe-sucking scumbag my mother always warned me about.”

“Playboy paid me $250,000 for my last set of photographs. Send me a similar amount, and I’ll happily pass the pictures along.”

“All of my hot pictures are currently with law enforcement. They’ll be returned when I finish my 20-year stretch for killing some jerk with a high-liner pencil.”

“I’m sending you a virus instead. Gosh, did you open the file already?”

“Aren’t your pants far enough down your legs already?”

“Since you still live at home, I’ve sent the pictures to your mother. She’ll give them to you when you get the hell out of her basement.”

Their mothers probably tell them to do that all the time. It didn’t get them out of their mother’s house, but it could get them off dating sites.

Maybe use another famous Parker line: “The first thing I do in the morning is brush my teeth and sharpen my tongue.”

My point here is, women can’t let jerks rule the day. They’ll multiply and possibly procreate. Then there’ll be more jerks, and more mind-numbing nonsense, all made possible by social media.

“They’re safe in front of their screens,” one person pointed out on Reddit. “They don’t even leave the house.”

This is quite true — and not just for jerks. According of dating sites, over a third of men never actually go on dates. They spend an average of 5.3 hours looking at profiles and 6.5 hours sending messages.

How many of these guys are jerks? It’s hard to say. Men being men, though, it’s safe to assume jerks make up a pretty good percentage.

These stay-at-home daimers are more interested in commentary than face-to-face confrontation, and God knows what they’re doing in their mother’s basement with the lights down low, wearing flip flops.

They may think they’re safe, but that’s the best part of witty retorts. Cleverness isn’t what jerks expect. They figure you’ll either tell them to fuck off or end up crying. Retorts, cleverly disguised as digital musk, can release a scent so powerful, jerks will be blinded by your perspicacity.

Jerks hate perspicacity, especially the feminine kind (they don’t even know what perspicacity means, but they figure it’s pretty bad). The very stench of your wittiness will have them running from their mother’s basement, figuring she released  a cockroach bomb.

Witty retorts are simply the best antidote to jerks. They’re safe, practical and, above all, effective in any online conversation.

Over time, you’ll be a searing force, capable of fast jabs and slashing put-downs. Jerks will tremble with fear as you use another one of Dorothy Parker’s famous lines: “Excuse my dust.”

That’s one thing jerks know about. Their mothers haven’t dusted downstairs in years. Not that it’ll get them out of the basement. Jerks are used to squalor and dust. That’s part of what makes them jerks. The other part is not knowing wit from a woody. They like woodies, they don’t like wit. If one’s going to hurt the other, they aren’t interested.

They’re more likely to be terrified.

Robert Cormack is a novelist, journalist and blogger. His first novel “You Can Lead a Horse to Water (But You Can’t Make It Scuba Dive)” is available online and at most major bookstores (in paperback August 6th). Skyhorse Press or Simon and Schuster for more details.

Robert Cormack Follow Robert Cormack spent 40 years in the advertising industry, writing short stories and articles on the side to prevent shooting himself. His stories have appeared 25 times in Rosebud Magazine along with other literary journals and one anthology (again, not a shot was fired). In 2014, his first novel, “You Can Lead A Horse to Water (But You Can’t Make It Scuba Dive” was published by Skyhorse Press. His work has also appeared in major newspapers and magazines, usually when editors were desperate. The term “For God’s sake, run with Cormack’s stuff then,” has been shouted down the halls of many newspapers, usually with the legal department being informed that it could be a busy week.
« How could algorithms put individuals and communities in harm’s way?
Transforming IT for the COVID-19 Disrupted Business Context »