Open your mind to bias in the boardroom 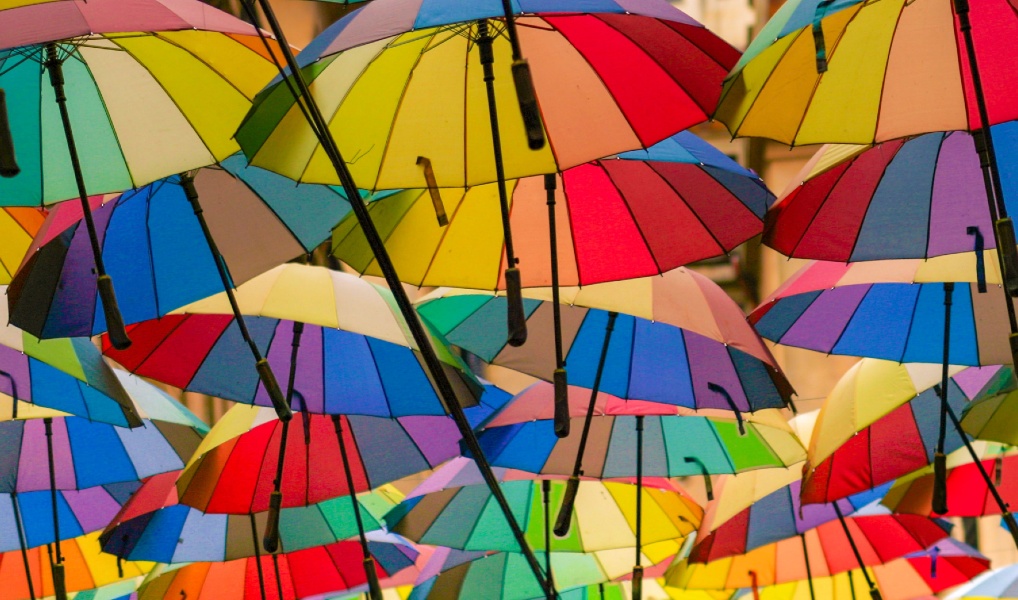 We all have a mental boardroom, and usually, there’s a hidden bigot at the table.

That’s the premise put forth by Elena Joy Thurston, founder and speaker for the Pride and Joy Foundation. Her organization has developed best practices for improving workplace inclusivity.

“The boardroom is really about realizing what stories we all work from in our heads—our suppositions or assumptions,” Thurston said.

“I do the work by watching my own reactions,” she said. “We need to be comfortable enough to work through our own emotions, and find the bias at the source. The more that can happen at the workplace, the more people can start to understand each other.”

That will help eliminate distractions and increase productivity.

“When people can bring their whole self to work and not feel judged, it’s so much easier to get our work done,” Thurston said.

“A gesture as simple as making space for gender pronouns on an RSVP can help the LGBTQ community feel valued,” she said.

Biro and Thurston dispensed with buzzwords to seek the culprit as work cultures struggle with inclusiveness.

Many business owners think highly of themselves, believing they are good leaders and open minded with an inclusive workforce already in place. They don’t think they need anyone else—particularly from the outside—to tell them otherwise.

“On the surface, it’s easy to blame a lack of non-inclusiveness on ‘who you know,’” Thurston said. “If you only know other white, straight, middle to upper-class people, that’s who you’re going to hire. If we live exclusive lives, we rarely run inclusive businesses.

“To effectively change and improve, we need to look at where we started—in our companies, our families and our schools,” she said.

There are parallels to challenges on the job and off.

“Organizational inclusiveness is not a one-and-done kind of thing—just like coming out has to happen every day for the rest of our lives,” she said.

Thurston emphasized that inclusiveness has to be more than a line in a training manual and a box to check.

“It has to be something from the top down and bottom up,” she said. “It’s a value that can be implemented in every position and every assignment.

“Inclusiveness starts within,” Thurston said. “It has to, otherwise it’s not authentic. A CEO cannot be exclusive at home and inclusive in the job. The paradox is that it’s what we’re unaware of that we need to become aware of. That’s the game.”

Leaders must not fall into the trap of putting themselves on a pedistal.

“Work cultures struggle with inclusiveness because we’re afraid to be vulnerable and admit to ourselves and others that we have unconscious bias,” Thurston said. “It’s time to create the tools to recognize it, name it and dismantle it.

Reviews of bias need to begin without bias.

“Take a hard look at your own work culture,” Biro said. “Did it start out as inclusive? Is its history inclusive? That’s one way that work cultures struggle with inclusiveness. You need to shift the story.

“Inclusiveness isn’t a term we all understand because we think it’s external,” she said. “Instead, it starts with how we respond, how we judge, even if we’re unaware of it. Work cultures thrive on the exchange of diverse ideas. We don’t often make the business case for diversity, and we should.”

As an example, a Pride and Joy Foundation article recounts one man’s journey after listening to Thurston’s mental boardroom presentation.

LGTBQ employees are often seen as different from the rest of the workforce. That might be actual perceptions by other workers as well as how they think they are seen by others. The better the communication, the better chance to cut through perceptions.

“It can be hard to not talk about how you came out to your kid’s teacher at the parent-teacher conference last night—and it didn’t go well,” Thurston said. “It can be hard to make sure you don’t call your work wife ‘Queen!’ when it’s your favorite exclamation but it’s too gay.

“Some workplaces are hard for LGBTQ employees,” she said. “Some families are hard for LGBTQ children and parents. Some schools are battlefields. Some governments just plain want LGBTQ to go to prisons. The first step is recognizing it doesn’t actually have to be that way.”

Thurston noted that little things can mean so much, both negatively and positively.

“When a co-worker shares that her ex-husband has disowned her daughter when she came out, it’s vulnerable and courageous,” she said. “It means we get each other on a much different level than yesterday.

“Can you imagine instead if work was the safe space, the harbor in the storm for your LGBTQ employees?” she said. “What if work was where they felt the safest, the most respected, the most calm? How the ideas and creative genius would flow.”

“The bummer is that religious organizations were left out of that ruling,” she said. “So, places like Brigham Young University can still fire any professor or staff if they find out they’re LGBTQ. People’s lives and jobs are on the line because of their sexuality. That’s messed up.

“It’s not just LGBTQ who need inclusiveness at work,” Thurston said. “If your secretary’s daughter was struggling with body dysphoria, could she count on your support and kindness?”

She explained that the mental boardroom must be overarching.

“It’s not just LGBTQ people who need inclusiveness,” Thurston said. “It’s also their families. If your boss’ son came out to him the night before, would your boss feel comfortable reaching out to you?

“Some workplaces are hard for LGBTQ people because their means of feeding their families—their jobs—are dependent on how well they are able to assimilate with straight culture,” she said. “The stakes are high.”

“There are ways workplaces can be easier for LGBTQ,” she said. “Here’s one: Make the environment inclusive. How? Well, that’s different for every company, but here are some ideas. Display the inclusive pride flag. Ask everyone what their pronouns are and use them.

“I translate that as an intentional culture that seeks out and values vulnerability and curiosity and a lack of judgment,” Thurston said. “Those experiences are happening every day, but are they being celebrated and integrated?”

Although bias is foremost in many people’s minds, remote work and the gig economy are changing how work is prioritized.

“It definitely is,” Thurston said. “My girlfriend just left her corporate career for gig work. Weirdly, it wasn’t because the company culture was anti-lesbian, but the other lesbians at work made the environment just gross for her.”

The plight of slighted workers can be an eye-opening experience.

“Talking to LGBTQ employees, I’ve really come to understand how a small gesture can mean so much,” Biro said. “Microaggressions take a huge toll. It’s hard.

“LGBTQ employees have to come out every day, over and over—and make the decision that they’re going to take that risk or hide who they are,” she said.

“Even leaving out room for gender pronouns of choice on an invitation can be so defeating,” Biro said. “Then there’s asking questions like, will your wife be joining us at the company party—of a man—or what does your husband do—of a woman. These are assumptions that can hurt.”

Leaders have to fight against being blinded by their own light. The best way to gauge inclusiveness is to encourage free conversation throughout the workforce, starting from the top. Then have an outside party with no horse in the race take an objective look. Act on those results.

“It’s entirely up the leaders to pave the way for a more inclusive culture,” Biro said. “Start with yourselves, though. Investigate your own hidden biases before you investigate your organization’s. You’re the root.

“Bring in an expert—a real expert—to help you and your teams face what may be painful truths,” she said. “Like any other part of business, sometimes you need to call in outside help.”

Then be ready to handle unsettling truths.

“You want to promote inclusiveness?” Biro said. “Be willing to be wrong. That’s the first step to increasing the diversity of perspectives. Acknowledge that others may be right and that they have their own experience to draw from.

“When a leader can lean into the work culture and really investigate it, model a coming to terms with what’s real instead of what’s ideal,” she said. “That is a really powerful approach.”

‘I am different. Let this not upset you.’

Showing an open mind can open the minds of others.

“This gives leaders the opportunity to show they’re willing to learn and change,” Thurston said. “That says a lot.

“One of the most effective ways to increase inclusiveness in any organization is to start integrating self-awareness at every level,” she said. “Remove judgment, and see what becomes drastically clear. Let go of pride and shame, and discover what can easily be fixed.”

One way to boost inclusiveness is through the classroom.

“Host a mental boardroom training,” Thurston said. “I teach teams the basics of self-awareness and how to identify their own mental boardroom. From there, we’re able to recognize the inner bigot sitting at the table.

“Give employees a paid day for individualized celebration, local pride festival or Juneteenth or Cinco de Mayo,” she said. “Encourage them to actually take that day. Ask them about their experiences. Encourage employees to bring their whole selves to work.”

Leaders who educate and model inclusivity enhance its importance in organizational culture through action.

“It’s not huge policies being blasted out that make inclusive culture,” Thurston said. “It’s the small, day-to-day decisions that communicate we value all of you, not just the worker bee side of you.

“Create psychologically safe spaces,” she said. “Can you imagine if every manager had that as No. 1 on the priority list? That would be incredible for our society. The only way to get real and honest with ourselves is when we’re willing to let go of self-judgment. That’s how we can radically acknowledge reality.”

Jim Katzaman Jim Katzaman is a manager at Largo Financial Services. A writer by trade, he graduated from Lebanon Valley College, Pennsylvania, with a Bachelor of Arts in English. He enlisted in the Air Force and served for 25 years in public affairs – better known in the civilian world as public relations. He also earned an Associate’s Degree in Applied Science in Public Affairs. Since retiring, he has been a consultant and in the federal General Service as a public affairs specialist. He also acquired life and health insurance licenses, which resulted in his present affiliation with Largo Financial Services. In addition to expertise in financial affairs, he gathers the majority of his story content from Twitter chats. This has led him to publish about a wide range of topics such as social media, marketing, sexual harassment, workplace trends, productivity and financial management. Medium has named him a top writer in social media.
« Analyzing high interest rates on borrows in DeFi protocol
Personalization: The power of a weary smile »