What Would Government’s Place in a Free World Look Like Anyway? 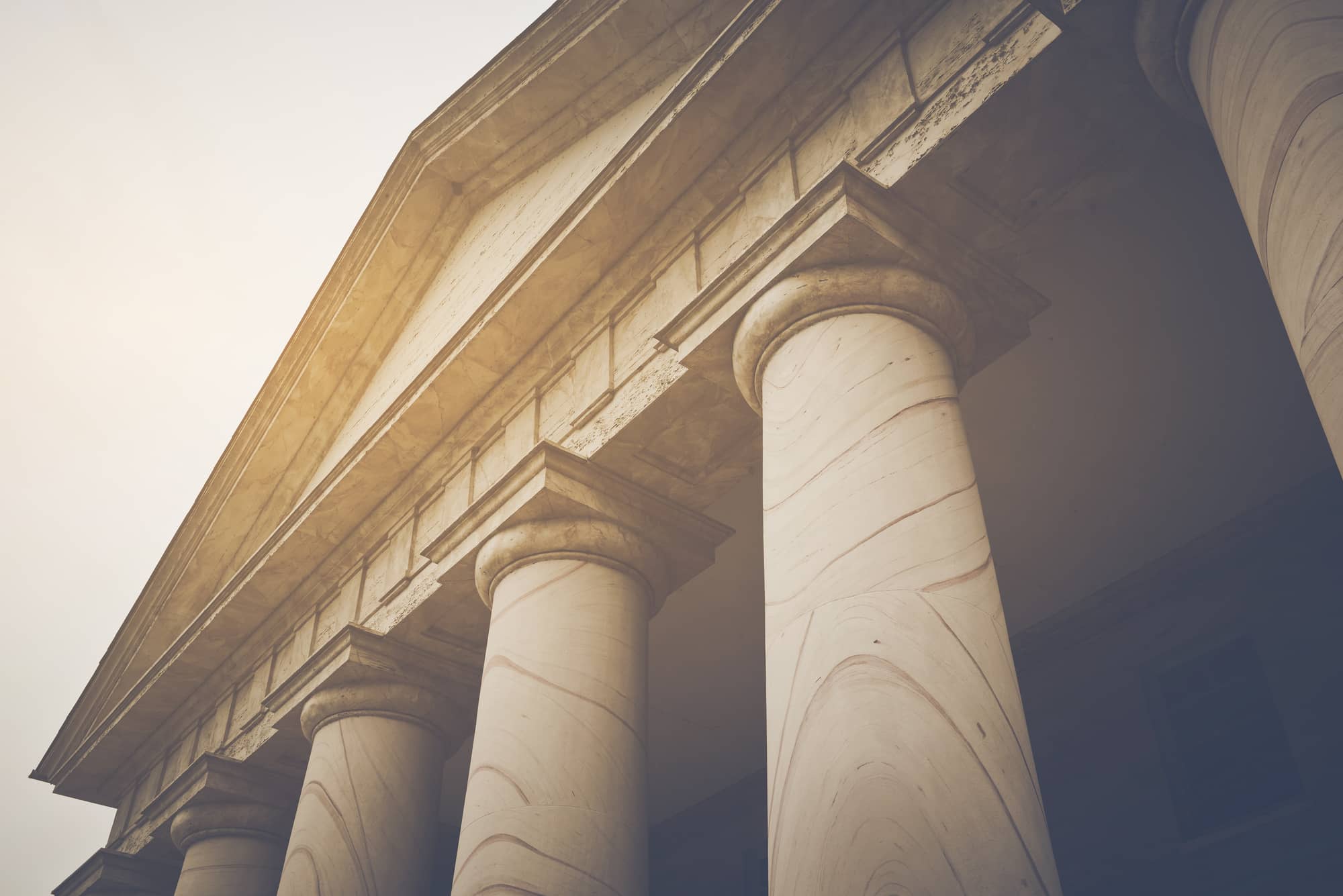 What is a government anyway?

Let’s quickly revisit the beliefs of the fathers of modern governance in the Western world today.

Thomas Hobbes, author of the foundational work Leviathan, supports absolute power concentrated in the hands of a state which imposes order. Without such a force, he argued man would be unable to enjoy any existence which wasn’t “solitary, poor, nasty, brutish, and short.” John Locke presented a different view. He argued that individuals had a right to life, liberty, and property. These natural rights limit the power of a ruler, who acts to enforce and protect them. Government should serve to protect property and encourage commerce. Rousseau had differing views on the state of man in nature. He believed that man in a state of nature was “free, equal, peaceful, and happy.” Ownership of property was a causal factor in inequality, murder, and war. Rousseau advocated principles of direct democracy and the will of the people. Whereas Montesquieu had argued for a separation of powers, Rousseau proposed that people would exercise their power and the government would comprise mere officials.

These ideas had far-reaching consequences and elements found themselves within the Constitution of the United States as well as became the inspiration for the political systems of many other nations.

Flash forward to today and we are still debating over the role government should play in our lives.

Instead of examining this question from a political lens, let’s take a position centered around the preservation of private enterprise, free markets, and liberty. In essence, we want to “construct”, if you will, a government which supports these values. Let’s also take two other considerations into account. First: a functioning society will maximize happiness for the greatest number of people. We will define happiness not as a mental state of mind resulting from the release of dopamine, oxytocin, serotonin, and endorphins but rather in a more concrete measurable capacity. Namely, happiness can be quantified as a combination of life expectancy, overall health, wealth, freedom, and want. These categories will be elaborated upon in another article. The “greatest number” is what it sounds like though this will be elaborated upon in another article. Second: a society is a bottom-up construct, meaning that delegation of power and liberty is concentrated at the bottom and trickles to the top. The bottom simply refers to an individual level, while the top refers to the highest level: the nation.

We’ve taken those two considerations and our definition of the role of government to narrow the scope of our discussion. Now we’ll focus on what purpose it will serve.

If we assume that people are rational actors, we might then be led to believe we act in our own self interest and maximize “individual utility”. At the individual level, this is a valid assumption, though trouble arises when reconciling individual preferences with social good. A society could be viewed as a macrocosm of an individual, an entity in and of itself, and the government its cerebral decision-maker, just as the military serves as its musculature and individuals as cells which build these different organs and systems. Now what is the role of government? Should it be allowed to make decisions for the rest of the body as individuals work together to create functioning organs? While this is certainly a valid approach to explain the behavior of organizational entities, we won’t be doing so. Rather, we don’t think insinuating the sentience of an organization more complex and bureaucratic than the individual is the mental journey a free person wishes to make.

Instead, we’ll reverse this line of thinking. Society, and more specifically its “brain”, the government should serve the individuals it claims to represent. How exactly should this servile entity operate? 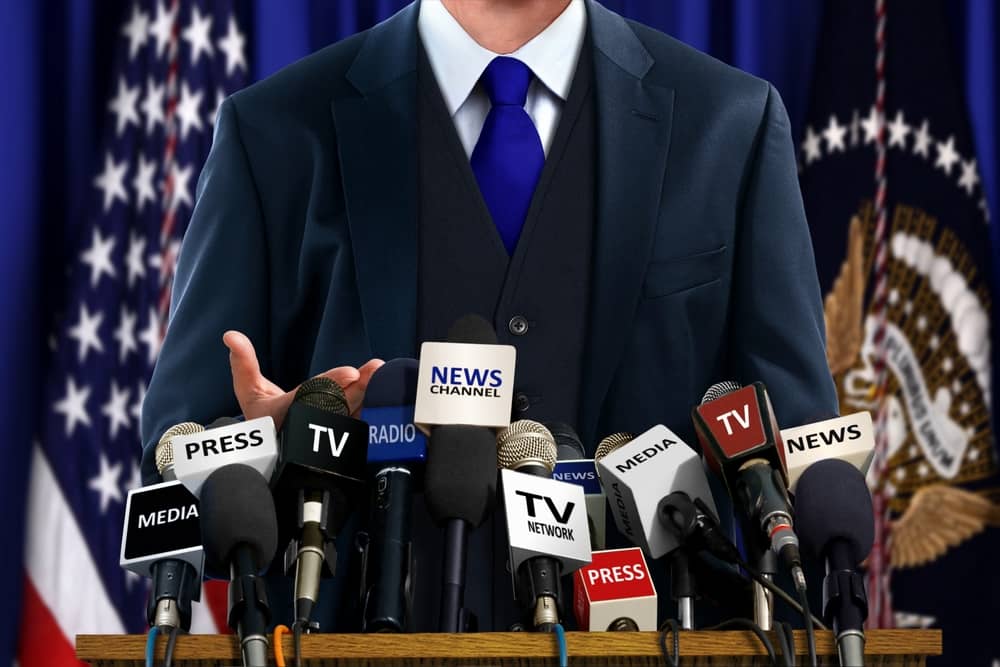 The first economic purpose of a governing body is to resolve issues where optimal individual behavior jeopardizes the public interest  either in the short term or long term. Often, this arises in the case of public goods which are non-excludable and non-rivalrous. The tragedy of the commons represents a situation in which uncoordinated individuals sharing a common resource acting independently in their best interests will fail to maximize group utility eventually depleting said resource. Going back to our body metaphor, if one were to find themselves in a situation where they would have to sacrifice their arm to live (assuming this is their optimal choice), the rational decision would be to sacrifice the arm. However, imagine the arm had its own conscience and decided it would be in its own interest to sacrifice the individual before itself. Eventually both the individual and the arm would die. An even more unruly situation would arrive if the conditions were set such that any part of the body could be sacrificed and each part had a conscience and will to survive at the expense of others.

In this scenario, leadership would need to make necessary choices. Each body part could vote on the organ to be sacrificed or they could delegate responsibility to one part to make said decision. This is the governing body which will make such necessary decisions in which individual interests net negative utility for society. However, the tragedy of the commons highlights another critical limitation of human rationality, namely that it is bounded by time, information, and cognitive ability. If each individual sharing the commons were able to calculate their individual utility as well as those of every other actor from each combination of decisions made, the group could reach consensus and use the land sustainably. However, this is not a feasible solution in most cases and delegating responsibilities to an authoritative figure saves time and costs in making this decision. This is because while individuals may seek their own local maximum, the leader would be responsible for seeking a global maximum. Our leader would also be entrusted to seek a global maximum at their own expense (if necessary) and rationally compensated or coerced in such a way they are better off accepting the role than not.

A governing body acts much in the same capacity as the leader we just entrusted with our commons. It services those whom it represents in the way of accounting for individual shortsightedness and inabilities. It can do so by tackling issues of information asymmetry as its primary objective.

Here lies the distinction between the governing body we’ve described and the brain mentioned previously. While the brain commands the rest of the body to act and will sacrifice the arm without hesitation, our governing body would provide accurate information to each member about the situation and tradeoffs. If then the rest of the body decided, they would sacrifice the arm, or seeking to not bear the guilt of sacrificing their friend, simply delegate said responsibility to the brain. However, in a time sensitive environment, a group wouldn’t be able to go through this process for each issue. As problems grow more complex, predetermined processes spring to life. Powers are delegated in advance and trust between the authority and other members becomes the backbone for a symbiotic relationship.

When many issues which private individuals cannot or are unwilling to solve on their own arise across different spheres they can agree to concentrate responsibilities in a core governing body or distribute them across multiple specialized bodies which may overlap or operate independently of each other. From the perspective of a society which wishes to retain a maximum amount of power at the individual level, the rational choice would be to choose the latter. A system with as few hierarchical layers as possible is theoretically a more responsive one. When society grows even more complex and governing bodies give rise to bureaucracies resembling almost a black box, what hope do the individuals acting as cells in a body whose brain they do not understand have of reclaiming as much liberty as possible? 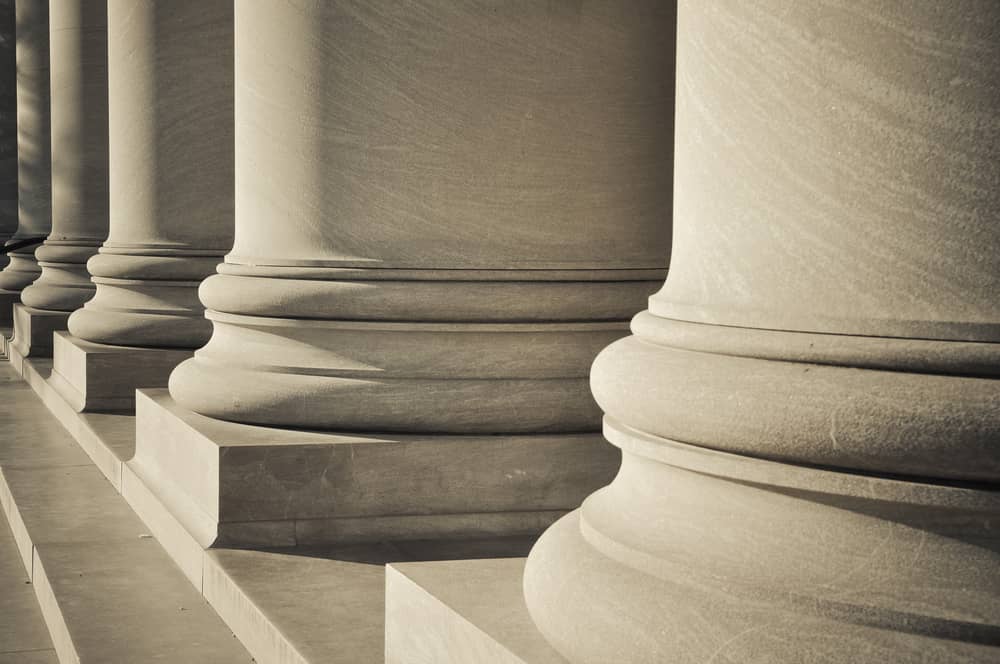 As mentioned before, the first step is to flip the narrative. Cells do not serve the body but rather the other way around. The body and its control center serve to protect the ecosystem which it contains, maintaining something akin to homeostasis. A governing body attempts to do something similar, keeping the social peace and letting society thrive through the exchange of free and fair enterprise and ideas.

In the functioning society we assigned responsibilities earlier, individuals have rights but are also entrusted with responsibilities. In a cruel sentiment, democratic societies (and often undemocratic ones) receive the leadership they deserve. When private citizens en masse fail to stand up for their liberties or accept their civic responsibilities, they’ll find those put in charge eagerly taking on more duties and in the process, concentrating further power, all in the best interests of the governed.

What then are the responsibilities of individuals and society when working within the framework of our governing system?

First, society must make an effort to remain thoroughly informed and educated on the relevant topics concerning its long-term survival. Divergent opinions must be tolerated though alternative facts cannot be accepted in the mainstream, lest a benevolent leader propagate its own facts and act upon them, stamping out dissent with impunity. Proper education is critical. Skills such as rhetoric, critical thinking, collaboration, leadership, entrepreneurship, and technical aptitude must be imparted with as much or even more vigor than subjects like mathematics, history, and writing.

Civic responsibility is also critical. Communities must remain thoroughly engaged in the processes which shape their immediate realities, independent of black box bureaucracies. When valid information is available and property rights are enforced, community members can handle local conflict through Coasian bargaining as opposed to inflexible laws and regulations. This empowers people to convene and arrive to more flexible solutions as well as retain agency.

Health and lifestyle choices are also the responsibility of individuals. An educated community which exhibits strong social connections will be able to make better long-term health and life decisions. This preempts the need for institutional intervention. Leveraging the power of consumer demand and personal freedoms will attain healthier outcomes. When people can take full accountability if their actions result in unfavorable circumstances, they are able to lead more fulfilled lives and experience the liberty which comes only with agency.

While we can examine a myriad of dimensions of social contract and a minimally authoritative government, that would necessitate an extended piece. I look forward to expanding upon other thoughts in further articles.

Economy Going Down? How Startups Can Thrive In A…