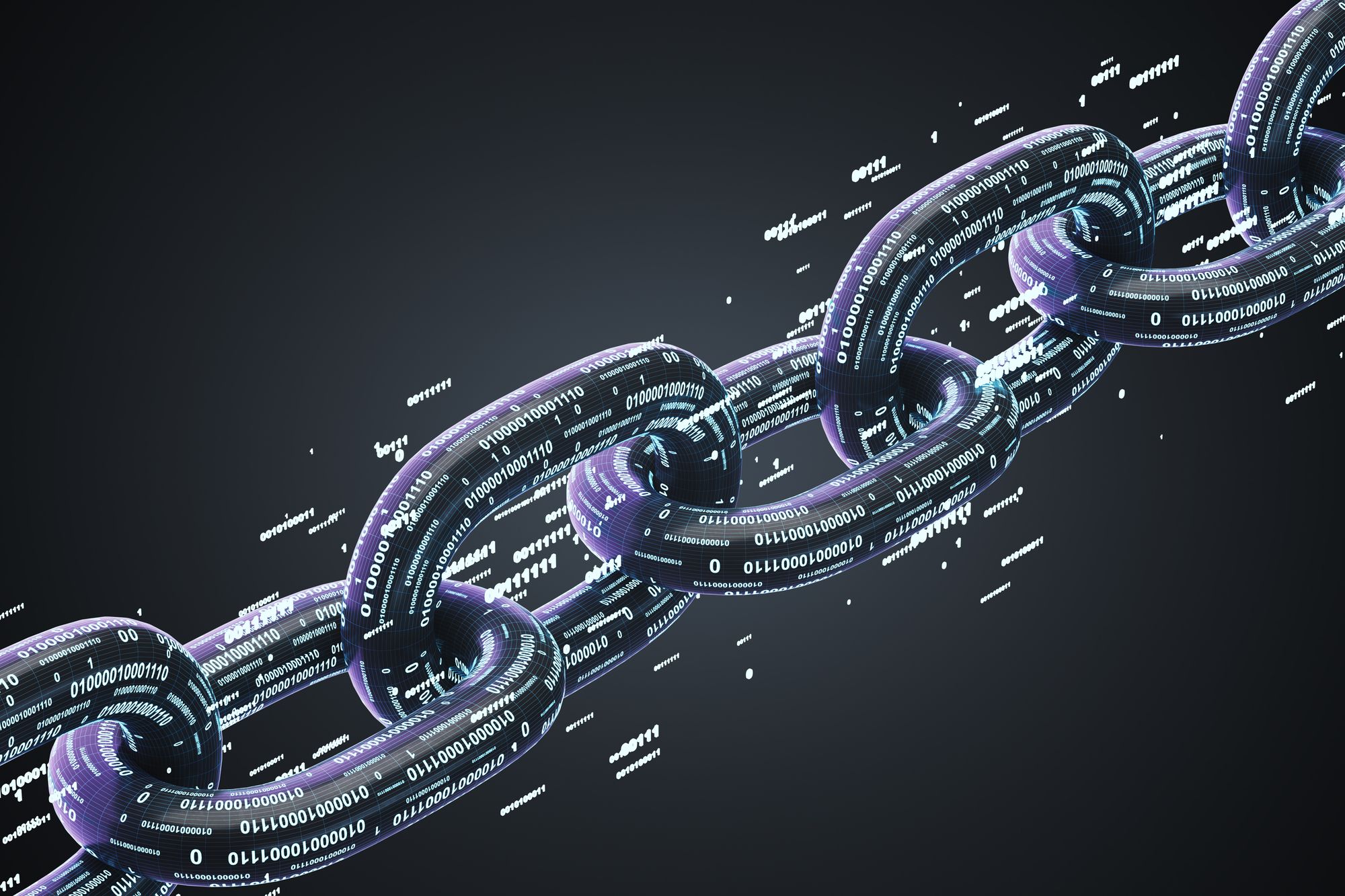 Is it just me, or are things getting bullish out there?

From Barstool Sports founder Dave Portnoy pumping his favorite altcoins to governments around the world taking CBDCs seriously, I’ve found it impossible to keep up.

With the speed at which projects are developing and the increased volatility that has sent Ethereum above $400 and Bitcoin over $12,000 multiple times in the past few weeks, I’d say we’re firmly in a bull market.

DDI Member’s Corner | We want to feature first-rate stories from our contributors in both the newsletter and our main site.

Have you unearthed something amazing in Big Data, AI, IoT, startup culture, or anything else tech-related? Send us a draft to [email protected]

In each issue, we like to start by showcasing a few thought-provoking stories from the DDI community. We need more topic-specific content, so now’s the best time for you to put your work in front of our 60,000+ subscribers. Submit your best here.

How to Trade For a Living

How Not to be Dumb Money

“There are rare, once or twice in a generation opportunities within your sphere of competence that will make you feel like Buffett in 1974. That’s when you bet big.” -Lester Golden

“Days are gone wherein the robots are only limited to factory usage working in a more harsh environment. “-Balakrishna V.

“Rather than wait for AI to advance, marketers should start now to master the technology.” -Jim Katzaman

One of the Federal Reserve’s Board of Governors, Lael Brainard, gave a speech on Thursday titled “An Update on Digital Currencies.” In this piece, she commented on the importance of expedited payment relief in the wake of Covid-19 and the potential role that central bank digital currency (CBDC) could play in this process.

Notably, Brainard specifically mentions Bitcoin and stablecoins as clear challenges to central bank hegemony over traditional currency, citing China’s rapid development of its own CBDC. The Fed Governor states that the Fed is experimenting with issuing a digital equivalent of cash using distributed ledger technology.

“We have been conducting in-house experiments for the last few years, through means that include the Board’s Technology Lab, which has been building and testing a range of distributed ledger platforms to understand their potential opportunity and risk.” –Brainard

Brainard states that the Fed has been collaborating with MIT over multiple years to create a CBDC for the United States that can interface with the private sector blockchain industry. Citing security concerns relating to cross-border digital payments, the Fed is also collaborating with other jurisdictions to establish best practices for their research efforts.

Machine learning, natural language processing, and artificial intelligence are other tools cited as central to the Fed’s research efforts. Brainard left out two big topics in his speech; the rise of decentralized finance (DeFi) and the development of smart contracts. Both technologies present unique opportunities for the eventual US CBDC, and the extent to which the MIT/Fed collaboration is exploring either is unclear at this time.

This revelation is a massive development for the largest economy in the world. The dollar stands on the other side of 88.3% of foreign exchange trades, highlighting the importance of this development. With Chinese firms actively testing a digital Yuan and the European Central Bank dipping their toes into the CBDC tech stack, the Fed can’t afford to fall behind at this critical juncture. Reading between the lines of Brainard’s speech, it seems that the Fed is planning to stay ahead of the global CBDC curve.

We covered Bitcoin, Ethereum, and DeFi’s incredible run in the previous crypto issue. That said, overall volatility has remained steady.

DeFi champion Chainlink (LINK) rallied 52% in a single day last week. It didn’t retrace until tapping a record $20.3, mainly due to a broader market pullback.

Without wading too deep into the details, it’s feeling like 2017 out there in some regards. Here are a couple of indicators:

DeFi project yEarn Finance’s governance token YFI increased from $31.65 at its release to more than $13,000, although the founder openly admitting the token has no real value.

However, even with the current correction in the markets and several projects still exploding to meteoric highs, there is reason to believe that the DeFi boom still has legs. 32% of users on portfolio tracker Blockfolio have never even heard of DeFi.

Circling back to Bitcoin, the top-dog has entered its traditionally bullish post-halving phase while central bank policies are applying intense upward pressure on the price of real assets. (Ecoinometrics)

Aside from the YOLO optimism, chatter builds around “total value locked” as a poor metric of growth for DeFi on a project-by-project basis. By one measure, the numbers may be off by over $2.83 billion.

Blockchain voting may have a real shot.

How: USPS filed a patent for a blockchain-based voting system

Why: Convenient, secure, anonymous, and pushed to the top of news feeds everywhere. With the Presidential elections coming up and people’s behaviors transitioning to being online and working from home more than ever, we may see a rapid development of nationwide blockchain-based voting. Russia’s already trying it out.

Trouble in the Ether

Ethereum’s 2.0 testnet, Medalla, crashed and eventually split into four forks, shortly after going live around August 4. Prysmatic Labs released a patch for Medalla to solve syncing issues that earlier kicked node validators off the network. The team also recommends that the release of ETH2.0 continue as scheduled.

Ethereum has been under scrutiny for the difficulty of independently verifying the total ETH supply. Multiple developers have joined the conversation, sharing scripts for calculating the total supply, all of which turned out different.

A potential positive: A lot of Tether transactions will shift to the OMG Network via the Bitfinex exchange, which could clear Ethereum congestion by up to 15% and reduce gas prices.

The US Department of Justice seized dozens of Bitcoin addresses tied to a massive Bitcoin laundering network. According to the DoJ, the addresses connected to a Telegram group that was covertly funding terrorist organizations.

US banks are formally authorized to custody cryptocurrencies. This shift is a huge deal, as it exposes the entire country to crypto-assets at some level and will lead to a rush for companies to position themselves for benefit.

Multiple US companies, including 12 banking institutions, have asked for additional clarity on the decision.

The leading US cryptocurrency exchange Coinbase plans to go public as early as this year. (Reuters)

A high-profile crypto exchange going public would be an enormous change. It would expose the average investor to crypto in a familiar, regulated environment.

What We’re Listening to

It’s always great to find a hidden gem. This community-supported podcast on finance, hosted by Frank Vasquez, is one of them.

Frank manages a “dynamic risk parity style portfolio” based on the Golden Ratio and Risk Parity Ultimate portfolios. He releases a new episode each week, where he reviews the progress and merits of various portfolios.

Frank invites The Financial Imagineer (or Matt, for short) in this week’s episode to discuss the Accelerated Permanent Portfolio.

“Are you interested in a 50% better performance with slightly less risk than the market? Then lend your ear.”

Matt is a personal finance whiz who crossed six figures at age 21 and then gained financial independence before his 40s. Without a doubt, he’s someone worth lending an ear.

[Check out the most recent episode here.]

Our friends at Alpha Trades dive deep on markets, crypto, and the economy throughout the week. Find your Advantage with the freshest episodes:

Bitcoin: Is This a ‘Buy the Dip’ Opportunity? | Best Correlation Trades

US Stocks to Watch for the Week: AYX, TSLA, NVDA, XLE, ALL

Bradley Stone Follow Bradley Stone is a content management specialist and professional writer with a focus on building the presence of clients online. Previously a teacher in Thailand and online, he has recently shifted focus toward collaboration with influencers and academics primarily in the fintech and economics fields. Bradley is currently a writer and content manager with Alpha Trades, LLC. He has lived and traveled extensively throughout Asia, North and South America, balancing his thirst for adventure with a keen interest in emerging economic and social trends. Bradley holds a Bachelor’s degree from Appalachian State University. He can be reached at [email protected]
« Financial Crimes, Compliance and COVID-19
What Would Government’s Place in a Free World Look Like Anyway? »