How not to be dumb money 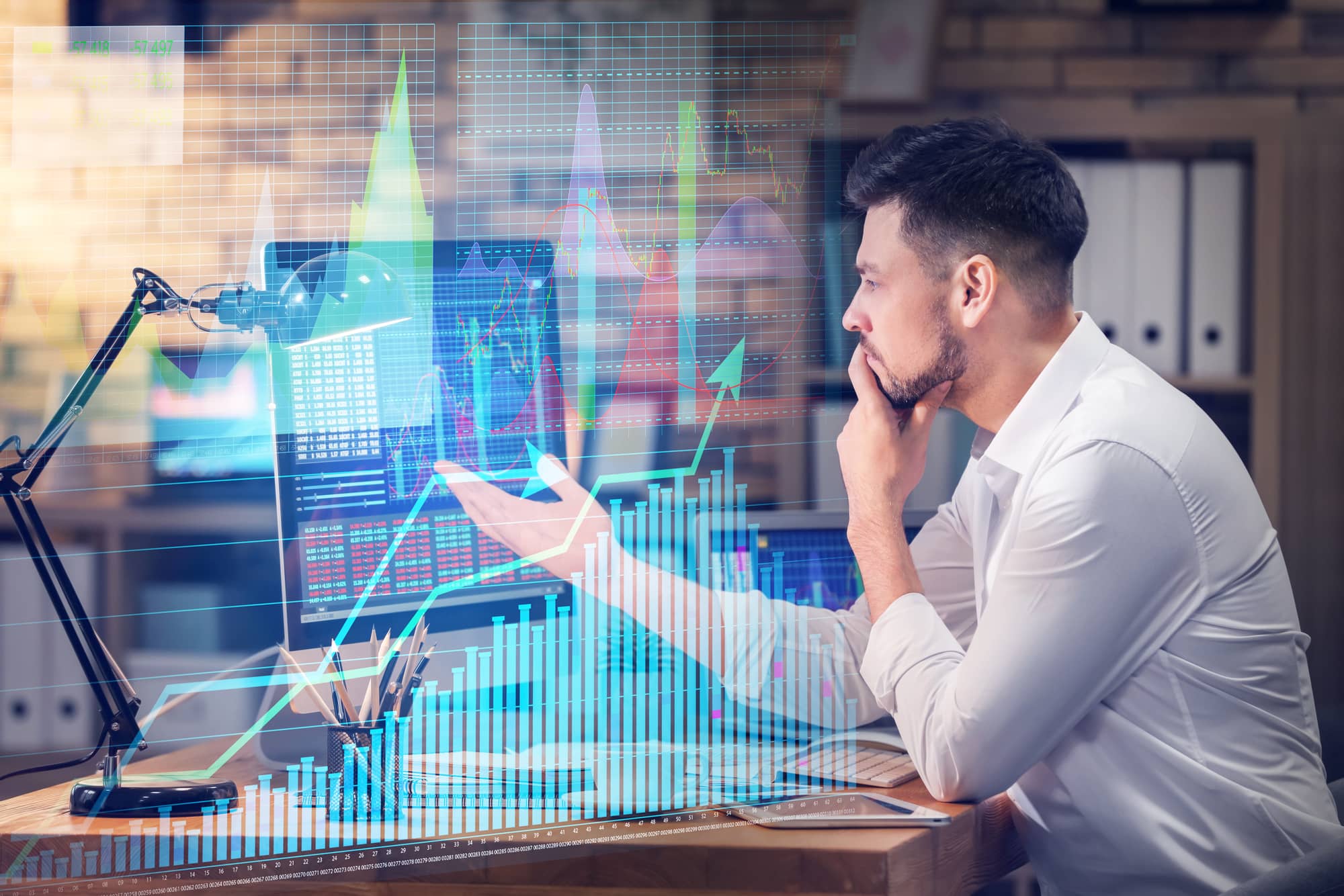 Why believe a title that says I’d know how to tell dumb from smart money? Because I’ve been both and learned from financial scars accumulated since 1987. I’ve also taught a behavioral investing course called “The History of Human Financial Stupidity — Including Mine”. I had no shortage of my own dumb money cases to give students.

In Liar’s Poker Michael Lewis defined Wall St as a system designed to transfer money from the weak to the strong. Inserting dumb and smart money into this definition makes sense. My dumb money cases have certain features in common. So do the smart money cases.

Overconfidence 1.0: Starting on Third Base and Thinking You Hit a Triple

After a series of winning trades you feel like a genius with financial testosterone surging within (or financial viagra if you’re old enough). This is why women are better at greed control and risk management and make better fund managers (https://www.ft.com/content/564bc758-1f45-4937-9406-6ad2d4ee48f7 , https://www.ft.com/content/5aa6f6e9-ce55-477b-920b-0a099fc0642b ). But we’ll cover this story of free feminine financial market alpha later. The best thing you can do at such moments is to sit on your hands — literally. That way you can’t click anything.

Overconfidence 2.0: Ignoring the Macro Tailwind and Your Own Luck

This is related to #1, but not just about trading. We all delude ourselves that success is ours alone and blame our failures on unforeseeable macro factors. Malcolm Gladwell’s Outliers and Michael Lewis’ 2012 Princeton commencement speech show how this is exactly backwards. We owe much of our hard-won success to randomness and luck, Michael Lewis included — his good fortune in randomly sitting next to the wife of Salomon Brothers’ CEO at a London School of Economics dinner: https://www.youtube.com/watch?v=qwNmGd_D5cA&t=5s .

Outliers studies the importance of birth timing to success. I share a birthday with Steve Jobs and a birth year with Bill Gates: 1955. We all had the good fortune of turning 18 just as the Vietnam War ended (four weeks before my 18th birthday with the unlucky low draft lottery number of 96). We all entered our peak earning years as the Berlin Wall fell, communism died and the western world entered its brief “End of History” post-cold war boom until 9/11/2001 (or 9/15/2008 if you add on the last of the series of bubbles blown by Fed chairman Greenspan). A boatbuilder client of mine said it best: “I started at just the right time in an industry that was on fire.”

In “More Than You Know”, Columbia finance professor Michael Mauboussin shows how to account for luck and randomness by thinking in terms of process instead of outcomes:

And how humans’ decision quality does not improve with lots of new information:

When we score a big win, without a disciplined process we never find out what we didn’t know and bad process is invisible to us. We fail to see the macro or circumstantial tail wind that produced our big score; how we were randomly in the right place at the right time. There are moments in economic and financial history when capital gets paid handsomely just for showing up, whether it’s well-informed or not, and whether it’s in the real estate, stock or currency markets. Know the macro tailwind blowing in your sails so you know when it stops blowing and get off the boat. Know when and where you have a differentiated skill and when and where you’re just lucky and getting paid just to show up. If your macro tailwind stops, avoid leveraged bets like buying stocks on margin or real estate with cash advances on credit cards (guilty as charged). Every year the students in my course who blew up their simulated trading accounts did so with a leveraged commodity futures trade (oil, gold).

Stock market valuation tailwinds. You make your money with the bear

The weak link in the 10 or 25 best trading days argument: the best and worst days cluster together during market crashes. Miss the best days on the sidelines and you’re likely to miss the worst as well. Though you can’t call market tops and bottoms, gauging the stock market’s relative over or undervaluation is possible with Tobin’s Q ratio and Buffett’s favorite measure, the market cap/GDP ratio:

Capital sloshes around asset classes in search of alpha — market-beating returns — through a process of social contagion John Maynard Keynes likened to a beauty contest in which the judges have to correctly vote for who the most beautiful woman is, but anticipate who all the other judges will vote for. JMK was the Warren Buffett of his generation, racking up 12% compounded annual returns in the catastrophic 1/4 century from 1921–46. Follow the money and understand Dr. Keynes’ diagnosis: markets follow cycles driven by social contagion (“animal spirits”). In making, and nearly losing, his fortune in the early 1920s forex markets, JMK was an early practitioner of Buffett’s “be fearful when others are greedy, and greedy when others are fearful.”

Each of us has an enormously broad sphere of incompetence and relatively narrow sphere of competence. Through vaporizing hard-earned capital I’ve learned that hands-on real estate investment, small-cap biotech, small cap pharma, mining and oil service stocks belong to my sphere of incompetence. I also know that this brief list of my sphere of incompetence is incomplete due to lack of wider experience in losing money in sectors of the financial markets I lack understanding of: futures, future options, most commodities, collateralized loan obligations, CFDs (if you don’t know, don’t ask), currency futures…..I’ll stop here.

But as an historian I understand and can identify cycles. There are rare, once or twice in a generation opportunities within your sphere of competence that will make you feel like Buffett in 1974. That’s when you bet big.

In June 2012 Shinzo Abe was elected to lead economically stagnant Japan out of the doldrums. Abe was a right wing Japanese nationalist with a war criminal grandfather determined to shock deflationary Japan into growth to keep pace with China. Abe appointed Kuroda to head the BoJ and use whatever monetary tools the Bank of Japan could deploy to generate some inflation, and therefore consumer spending, drive down the sky-high Yen and jump start the Japanese economy. Politics and geopolitics would now drive Japanese economic and monetary policy. All the stars were aligned for the Yen to drop from 75 to 100 or 120 JPY per $. This was The Big Short 2.0. I was no George Soros, but this was a macro tailwind that blew for nearly three years; Shinzo Abe’s gift that kept on giving until the Yen bottomed at 125/$.

The super dollar cycle of the Reagan era of high real interest rates peaked in mid 1985, when I went to Montpelier to learn French. The franc peaked at 10.60/$ and I paid a little more than $500 for a five week course including lodging and excursions. To drive the superbuck down further, the G-7’s central bankers and finance ministers met in September at the Plaza Hotel in NY and agreed to drive down the dollar. But by then I’d already had a French forex party, made sweeter by putting my student loan money into European and Japanese stock funds.

Insider trading is illegal, but using specialized industry knowledge isn’t. Any industry or consumer expertise you have is an essential part of your sphere of competence. Doing channel check research for a hedge fund and a Wall St research firm showed me the gap between professional and amateur level knowledge. Channel check research firms and the channel check researchers they hire dig into companies’ distribution channels and supply chains to find out what’s really happening to the business on the ground. This research can involve counting the number and size of shopping bags per hour that go out the doors of Target or Urban Outfitters or interviewing pharma production line experts about the best and worst machine vision monitoring systems. Peter Lynch, one of the best fund managers ever, would ask his wife and kids about the products of consumer goods stocks he was researching. In the first best-seller investment book, “Common Stocks and Uncommon Profits”, Philip Fisher called it “scuttlebutt” (gossip, dish, rumor, hearsay), a 1950s synonym for channel checking. Channel checking combines the skill sets of investigative journalism and gossip.

My next article will describe examples of options trades and longer term investments that would have been impossible without channel checking. In the meantime, may all your shorts drop like rocks.

RigaWriter Follow I\'m a NYer living in Latvia since 2005, after living in Italy from 1989-2005, Spain and Catalonia in 1976, 1980-81 and 1986-87, southern France the summers of 1985 & 1986 and Portugal in the Carnation Revolution summer of 1974. Conversational Russian and Latvian are my 6th and 7th languages. I did channel check research for one hedge fund and a Wall St research firm from 2009-12 and taught Behavioral Investing, Entrepreneurship and History at Riga Business School from 2012-16. Title of my investments course: The History of Human Financial Stupidity--Including Mine. From 1998-2007 I invested in real estate in Latvia and Estonia. Since 2015 I\'ve invested 7 early stage startups, none of which have yet failed, but some of which inevitably will. Best trade: shorting 20m JPY with spot and options trades on FXY in early 2013 Worst trade: long yield-trap MLPs in 2015 My wrestling match with The Great Humiliator: ongoing.
« Taking a Bet on Travel Companies
Grab on to intelligent marketing for great results »