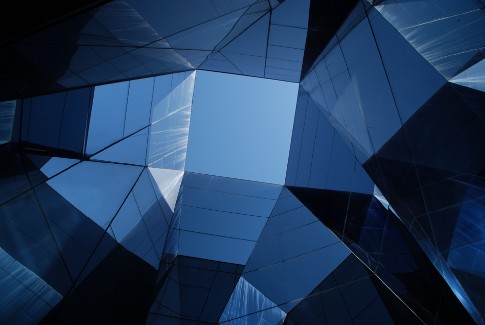 The history of corporations reaches back to the medieval era when a group of people or a company would be authorized by the state to act as a single entity and recognized as such in law to carry out specific tasks. Since – constitutions and policies around corporate formation have changed.

Registered corporations possess legal identity, and their shares are owned by shareholders whose liability is generally limited to their investment. Hence, they do not actively manage a corporation. Shareholders instead- elect or nominate a board of directors to control the corporation in a fiduciary breadth.

Because of their given structure and the personhood status, corporate entities have grown into the political arena. Hence- the combination of having personhood privilege, limited liability of its stakeholders, and the collective state of the corporation has placed at a significant advantage.

Over the past few decades, large companies have discovered ways to play the political game. Today, Companies dedicate massive reserves to politics, and their large-scale involvement increasingly redirects and cramps the functions of the political conformity. The outgrowth of such compliance has paralyzed democracy and has created an environment that remunerates lobbying over innovation.

Before the 1970s, only a handful of corporations had their lobbyists. But today, almost every corporation has put aside humongous funds for political lobbying purposes.

In the 1960s and the early 1970s, when United States Congress enacted a series of new social regulations to address a spectrum of environmental and consumer safety interests, the business community lacked both the political will and the political aptitude to stop that movement.

The new social regulations, together with the plummeting economy, triggered the corporate involvement in politics. After that, corporations hired lobbyists and began paying attention to politics. Still, the entity’s political engagement and lobbying practices in the 1970s were mostly reactive, as they were trying to stop the sustained progress of the regulatory state. They were fighting a proposed consumer protection agency, trying to stop labor law reform. Today corporate lobbyism has taken a proactive form as they are actively seeking legislative change, which is at large fiscally driven.

The Concept of Corporatocracy and Corporate Liberalism

Corporatocracy is the term used about an economic and political system that is merely controlled by corporations or corporate interests. The notion describes practices such as bank bailouts, excessive pay for corporate executives as well as objections such as the exploitation of national treasuries, people, and natural resources. It serves as the propagator of globalization, unfair lending practices by banks, and biased “free trade agreements. All said have evolved over the last few decades as the upshot of utter occupation of corporations in the political stage.

In the United States, corruption has become widespread, while business executives spend notable amounts of money, making sure that the government does not regulate their ventures. Corporations have a significant weight on the regulations and regulators that monitor them.

Lately, we can take the corporate involvement on politics even one step further, and witness corporate elite serving both as the chief beneficiaries for the corporations and the chief lobbyists for the supposedly anti-business regulations. The idea, also called Corporate liberalism is when owners of corporations and high up government officials come together to become the class of elites. For instance, today, it is widespread for governments to partner with large entities under the notion of social welfare programs like the Affordable care Act, Medicare Part C, and D.

Corporate liberalism is a principle that opens the door to imperialism. The elite class then conspires or less maliciously, the system inspires the elite to diverge power away from the low or middle class. This is apparently, to avoid the risk of revolution from the poor and powerless, and to prevent the realization of class conflict, the elite has the working-class pick sides in a mock conflict between business and state. The latter is the basis for some liberal democrats being against large corporations. However, practically despite the ideological disparity, most liberal policies, at least in the United States, have been pro Corporate liberalism. Affordable Care Act in the healthcare system is one clear example where the government has subsidized managed care systems and Insurance industries, which have a clear track record of lobbying history.

America is becoming a Liberal State.

Over the past century, the United States has become more and more liberal. Although the reason for the underlying shift still matters of controversy, nonetheless it is my personal belief that such a change is the product of continual immigration from socialist countries or even oppressive nations. In addition to immigration, particular left-wing populist rhetoric over the years has played a significant role in swaying citizens’ minds into a liberal state.

Today America’s Political realm Is liberal more than ever before. The country that was constitutionally almost intolerant towards any form of big government and or government takeover of social issues now is riddled with left-wing statism.

21-st century Corporate medicine and the surge of Neo-Feudalism

Indeed- The American populace is in the spirit of “big government.” The U.S. constituency is more sensitive to left-wing economic policy now than in the past 68 years.

Interestingly to note amid the paradigm shift is that as the corporate influence increases and small businesses suffer a setback due to the lack of competitive edge, so is increasing social issues such as unemployment, and healthcare costs. Of course, the conservative constitutionalist is not passive amidst all the shift, that is why corporations find the way to adapt, as they have for the last few decades. That is, corporations with the help of their power and money have had to go beyond adapting themselves to the situation by clasping the left-wing politics.

Corporations are becoming more than ever Liberal.

It is the common notion that Democrats are against big corporations and Republicans protect the corporate interest. Although there may have been some truth to that in the past, however, it is not valid anymore. Contemporary politics is invariably overtaken by corporate liberalism, with only one difference, and that is they have become industry-specific. For instance, healthcare, environmental agencies, and unions are more left-wing supporters, whereas energy, financial sector, and insurance industries are typically right-wing. We can all watch and listen to politicized topics around these issues in public media almost on a daily basis. Generally, speaking corporations are leaning liberal, merely because the corporate sector is striving to make itself popular enough with each political faction so that politicians will implement pro-corporate policies when in power or do not implement anti-corporate plans.

Also- taking on hot social issues that are the core of the left-leaning bottom line seems to be an excellent strategy to please customers and workers. To the same extent, Companies also realize that being openly conservative Is not to their long-term benefits. Therefore, although their original plan may be to prevail as a business tactically, nonetheless their strategy focuses first to maximize their public support. Surveys suggest- that people prefer the type of brands that embrace liberal ideals like “LGBTQ rights” and “anti- Republican companies,” “Black lives matter,” or “ME TOO movement.”

It was not long ago when anti-corporate sentiment in the U.S. was most energetic on the left. We all caught corporations denounced as being ruthless globalists. And it was plausible to be a liberal saying it, or organizing a protest over it.

Today, while anti-corporatism still has a niche in the extreme liberal rhetoric, it had become a significant component of Republican and conservative discourse as well.

Corporation and Politics are bad Businesses

Mixing business with politics is a high-profile and explosive endeavor, as mentioned earlier. Companies face an increasingly polarized political atmosphere field with scrutiny, a social-media outrage culture, and activists eager to impact corporate eminences. That is also one of many reasons as to why more and more businesses are adapting political identities of their own and responding to social issues. For instance, when Chick-fil-A founder publicly upheld gay marriage, it led to boycotting Chick-fil-A, and the other side reacted by Supporting it. Today the fast-food restaurant has one of the most extended drive-thru lines in California one can imagine. Or Apple declared it would not sponsor Republican National Convention in 2016, and reportedly Google and Walmart did the same.

Fluidity and shear resistance: The metaphoric vindication of trends transforming the modern healthcare

Globalization is the process of expanding connectivity amongst people from across the globe. The term represents no claims as to whether globalization is beneficial to society, even though adopted by supposedly famous global philanthropists such as Bill Gates of Microsoft, Warren Buffett, and George Soros.

Over decades after the fall of the communist iron wall, the socioeconomic globalization took a steep rise. And it would not have been conceivable without the lordship of the corporate cartel and serfs of the populace. Amidst this speedy extension remains a simultaneous concentration in market power. The world’s 1,000 largest companies in 1980 represented only about 30% of the GDP of the OECD nations. By 2010, that number rose to 72%. Today large corporations have captured almost every aspect of the global economy. This trend has Pressured to create some form of relentless consolidation among technology, pharmaceuticals, airlines, and other sectors, reflecting investor pressure to achieve growth through both organic expansion and acquisitions.

Consequent to the rapid expansion of globalization, A wave of anti-globalist protectionism by radical populist factions have evolved, giving rise to extreme Political volatility as one we are witnessing today right here within the USA and across the world. One prominent indicator is- “We will no longer surrender this country, or its people, to the false song of globalism — Donald J. Trump, President of United States.”

The hypocrisy of Globalization, politics, and Corporatism

The irony of what described within the context of this article is the utter discrepancy between the average citizen understanding of the corporate and liberal mindset. People today hate corporations, yet are pro-globalization by the hands of the corporate cartels. They are pro middle class and helping the needy, yet turn to politicians who have liberally subsidized corporations that they lousy mouthed in the first place. — It simply doesn’t make sense!

Corporations are like wolves disguised under the sheepskin. To persuade us further, they simply switch between black and white color of the skin.

We are supposedly living in a globalized society. However, the most apparent global phenomenon we witness is the resurgence of nationalism. Some rephrase the latter as protectionism; nonetheless, protectionism is nothing but crony capitalism. Well-connected corporations, through corporate liberalism, request shield from the competition, which the government often awards. The transfers above wealth from all consumers to a few corporations and expands the power and role of government.

“Protectionism is the embodiment of the large and nefarious government.”

What we need is the allocation of the balanced power grid to the local, national, and global levels. Concomitantly a discussion around the proper role of global governance and institutions with more emphasis on control over communities’ towns, counties, cities, states, and much less on countries is a fundamental necessity. 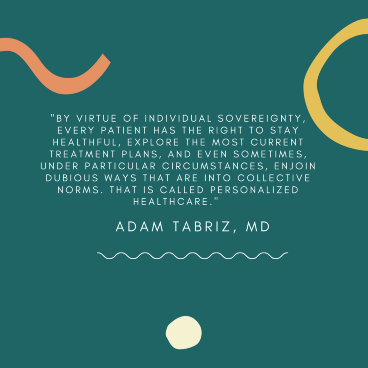 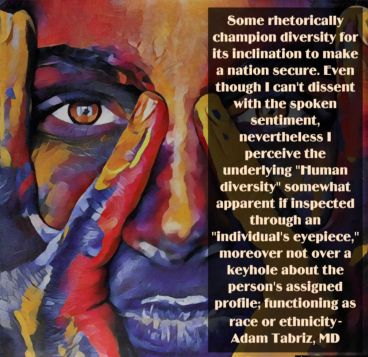 2 Replies to “Liberals are not Against Big Corporations”