Janice Bae Follow I enjoy writing about society, culture, and the ways in which digital technologies affect our lives. 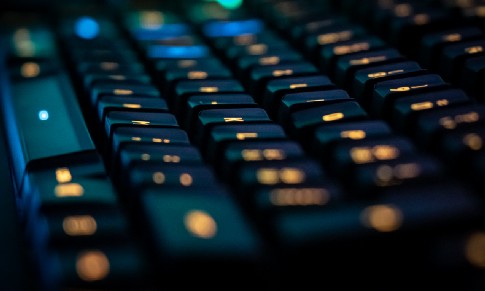 What does GPT-3 mean for the future of writers?

As writers, we like to tell ourselves that we’re in a profession that can’t be automated, not anytime soon anyway. But artificial intelligence and machine learning are being refined at a rate that should probably begin to worry us.

Generative Pre-trained Transformer 3 (GPT-3) is a powerful language model that produces text that is remarkably human-like. It was created by OpenAI in San Francisco and is the third generation of their language prediction model.

In late July 2020, a blog post about productivity and overthinking reached the number one spot on Hacker News. Upon reading the blog post, nothing seems amiss. The author, who goes by the screen name Adolos, makes the case for boosting productivity by engaging in creative activities and forms of thinking. Overgeneralizations about the human mind and a couple of dubious definitions of different forms of thinking are used to justify the point — it’s not unlike most self-help and productivity articles that are already published and perhaps that’s why very few people failed to realize that this blog post was written by GPT-3.

Liam Porr is the college student behind Adolos and this experimental blog. In a “tell-all” meta blog post, he describes the process of using GPT-3 to generate content for his blog:

Over the last two weeks, I’ve been promoting a blog written by GPT-3.

I would write the title and introduction, add a photo, and let GPT-3 do the rest. The blog has had over 26 thousand visitors, and we now have about 60 loyal subscribers…

And only ONE PERSON has noticed it was written by GPT-3.

People talk about how GPT-3 often writes incoherently and irrationally. But, that doesn’t keep people from reading it… and liking it.

Writers who engage in more journalistic and fact-based writing may breathe a sigh of relief knowing that GPT-3 does not do well when producing facts-based content. Porr also writes:

There’s a reason I chose a self-help style theme for the blog. GPT-3 is great at creating beautiful language that touches emotion, not hard logic and rational thinking.

Porr set out to prove that the writing produced by GPT-3 could be passed off as something written by a human and he succeeded with a simple script and access to the API via a PhD student at his school. OpenAI granted access to the API to a handful of researchers in a private beta. The company chose to release an API rather than open-sourcing the models partly because it would give them insight on and a chance to respond to potential forms of misuse of the technology.

Porr isn’t the only one who’s proven how unnervingly human GPT-3 can sound. Manuel Araoz has also published a blog post chronicling his experience using GPT-3 which is best left for those who are interested to read on their own. (Seriously though, the post is well worth reading.)

What does this say about our writing and our future?

Part of coming to terms with AI generating believably human-written blog posts now is reflecting on the state of the writing that’s being produced by actual humans. With self-help and productivity both burgeoning niches within the content creation industry, it’s a little frightening to think that artificial intelligence can pick up enough patterns to write blog posts that sound human. Could this be telling us that most of the advice in these niches are just recycled sentiments of the same ideas? Perhaps.

I think it also reaffirms what we already know but are hesitant to admit: that most of the advice is arbitrary and without substance.

We read self-help and productivity articles because they make us feel better, not because they give us any concrete tools with which to transform our lives. They all pretty much echo the same sentiment: work smart not hard, show up every day and do the work, and avoid negativity.

While GPT-3 will likely remain out of reach for most laypersons for the foreseeable future, it’s not a stretch to imagine that it will eventually have large impacts on the content creation industry. While the technology is not perfect, if media companies chose to utilize GPT-3 for more feelings and emotions based content I suspect most content writers would be relegated to the task of editing and proofreading these articles rather than being paid to write their own. GPT-3 would allow companies to churn out content at a faster rate than ever before.

We may also see a migration of writers shying away from opinion-heavy niches like self-help, productivity, and self-improvement to more facts based pursuits such as journalism and other facts based writing.

And in a market that’s already cutthroat to begin with, only writers who have already amassed a following of people who are interested in what they personally have to say may survive. I imagine the barrier of entry to actually making a living off of writing online will increase tenfold as writers are pitted against the mind-blowing efficiency of artificial intelligence and machine learning.

While it’s safe to say that technologies like GPT-3 won’t replace writers completely within our lifetimes, I predict that it will have tangible effects on the industry of written content creation within the next decade or two. It will be up to us to adapt.

What’s Next for Darktrace? Can DARK Snap Out of…

Why We Invested In Klivo — Chronic Disease Management…