Adam Tabriz, MD Follow Dr. Adam Tabriz is an Executive level physician, writer, personalized healthcare system advocate, and entrepreneur with 15+ years of success performing surgery, treating patients, and creating innovative solutions for independent healthcare providers. He provides critically needed remote care access to underserved populations in the Healthcare Beyond Borders initiative. His mission is to create a highly effective business model that alleviates the economic and legislative burden of independent practitioners, empowers patients, and creates ease of access to medical services for everyone. He believes in Achieving performance excellence by leveraging medical expertise and modern-day technology. 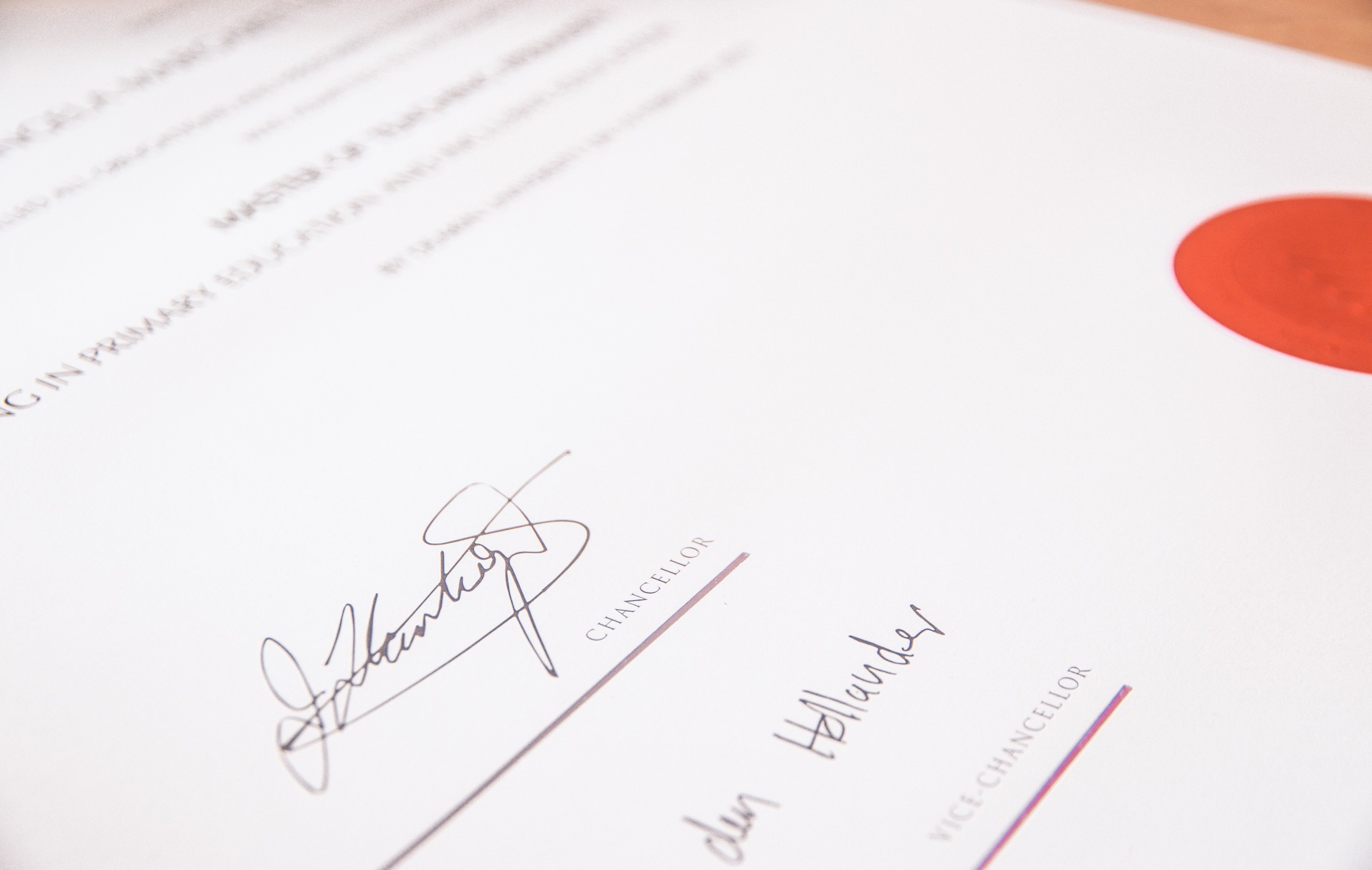 The Decades’ old Partisan instrument of Control of Scholars

The purpose of licensing and certification that we see today dawns on establishing some form of professional quality and safety standards for goods and services furnished by individuals or an entity. Now what measures point out, under sophistication, encompass kind of procedure and protocols that in many aspects have little to do with quality and safety, yet more to do with control and power over socioeconomic sovereignty of people.

The licensing practice has enhanced its control to “delicate professions” such as medicine and stretched to other careers that, by nature, do not necessarily present a direct danger to society. As attractive as it seems and within the professional interaction’s explicit context, the overall intent is undoubtedly necessary; however, the argument’s principal subject is beyond rhetoric into the practice’s side effects, not the vision and its mission.

Today disciplinary actions facing a licensee are by far more unrelenting, with thresholds at an all-time low. Indeed, some professional achievements are the person’s endurance stake, and the full-scale application of judicious licensing practice is a hefty price paid for only breaking bureaucratic creeds.

Public safety is indeed the most crucial justification to put in position a system that assures quality assurances for every profession, particularly those with forthright responsibilities with human life. The aforementioned is legitimized based on the necessity to put a micro-management structure that also comprises actions that overrun individual privacy and authorizes favoritism.

It is critical to promote a reasonable balance and scope of administrative investment in licensing, as excess intervention can possess paradoxical sequels. For example, today, because of the current government crackdown on the opioid crisis by lowering the threshold on license doldrums and revocations, physicians’ substantial abundances deem hesitant to prescribe opioid analgesics to patients who need them the most.

Undoubtedly, there are and always be bad apples in the physician community pack. Still, the overzealous unilateral collective burden on physicians would serve nothing but as the theme for the politicians seeking certain professions’ suffrages.

According to the Bureau of Labor Data, around half of U.S. workers hold an occupational license, a massive increase from 5% in 1950. The 2020 presidential nominee Joe Biden Echoes Libertarians’ Call on vocational Licensing. He stated:

“You know if you are a hair braider, you braid people’s hair. You have to get a license to do something like 400 hours of training,” he said before pausing, admitting he should be “more careful” with his words, and concluding that licensing requirements were part of a tremendous unseen effort “not to help the worker.”

In a recent report, New York Gov. Andrew Cuomo threatened to strip bars and restaurants of their licenses if they fail to impose social-distancing rules and lockdown orders without a hint of due process. The New York governor’s intimidation of stripping people of permission to make a living was explicit; that is even though; the noncompliance with face mask is on the rise throughout the state, something that the governor and state officials themselves have not been able to ensure. So, does this mean that we should start licensing politicians too? And if they don’t fulfill their duties, we must strip them of that privilege?

The powers to wrench compliance from business and breadwinners’ owners have always been the intention behind licensing right from the start. Nonetheless, amid the Coronavirus pandemic, as one should expect, the arm-twisting record of licensing grants itself to a new level of unofficial abuse in the hands of bureaucrats and administrators.

Intellectuals within a society are the foundation of the economic prosperity and competitiveness of that institution. Factually the poise of democracy, individual liberty has suffered profoundly in the hands of political agitators. The latter is partially due to the progressive uptake of a political philosophy representing any of the moral principles that legitimize the divide between individuals’ rights and duties under their relationship with the state. Also called political authority, the latter philosophy awards politicians and administrators the right to rule over citizens using constraint by way of political legitimacy while imposing an obligation for the citizens to obey government orders. Thus, authorities contain intellectuals’ power by developing a practical scheme to check and control its genius by accreditation and privileging.

In actuality, Occupational Licensing is the modern monarchist aptitude over its intellectual citizens; by the hands of individuals over political affiliations. Equally, it is a well-executed means that functions by redirecting the economic benefits and productivity driven by the great minds away from its underpinning into the arms of selected persons, groups, and entities.

Business Licensing Makes It convenient for Politicians to penalize those They Don’t Like without jumping risking push-back. They like a go-ahead culture, in which offending the powerful can result in the revocation of grants of privilege without formality or delay. The politicians support a system of claims that puts everybody at risk of officials’ pleasures if it doesn’t drive them underground.

We license many jobs today to maintain a level of competence and prevent as many mistakes as possible. We permit hairdressers and bus drivers, but not presidents. Thus, we can have a president who isn’t accountable or even skilled in running a country.

Why not have a licensing system that comprises many political positions from city council to county commissioner to state legislatures to house and senate seats to the president. We are, after all, electing these people to do a job in an increasingly complex world. Maybe we should think of it as hiring rather than selecting.

It seems the citizens’ collective choice is based on gut feeling and rhetoric, while the same people control the most intelligent individuals in society with no limitations. It is clear that we are not content with hiring someone off the street to fix our pipes, but we are comfortable hiring some random guy when selecting someone to rule our country. That doesn’t make any sense!

Philosophy of Licensing and Certification: The dark history of utterly autocratic approach to…

From the time of evolution until the current modern age, through generations, the human being has struggled not only to…

Medical Societies and their Flop of a Century-Old Quest

We are living the paradox of a concept meant to create societies, licensing authorities, and associations. The forms of…

Eventually, at some point, vague tender of rigid protocols and guidelines over people, in the face…

Adam Tabriz, MD Follow Dr. Adam Tabriz is an Executive level physician, writer, personalized healthcare system advocate, and entrepreneur with 15+ years of success performing surgery, treating patients, and creating innovative solutions for independent healthcare providers. He provides critically needed remote care access to underserved populations in the Healthcare Beyond Borders initiative. His mission is to create a highly effective business model that alleviates the economic and legislative burden of independent practitioners, empowers patients, and creates ease of access to medical services for everyone. He believes in Achieving performance excellence by leveraging medical expertise and modern-day technology.
« What is a Low Carbon Transformation – Basic Concepts Part II
Depression Is One Companion I Can Do Without »

How Do I Make Money? HealthTech Startup And Business…

Robotics In Life Science — A Hidden Gem For…