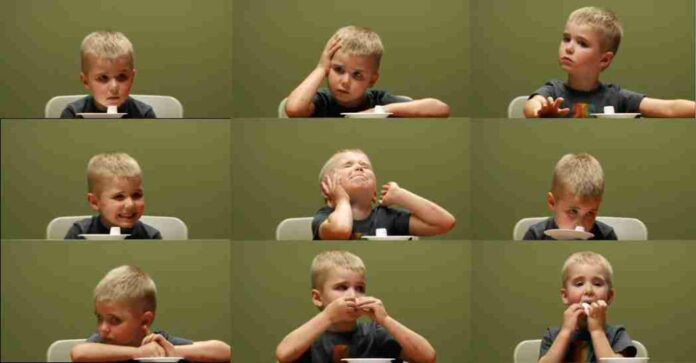 When fear is overpriced, sell some.

Gamestop dropped 29% today to $143 and I’m smiling at its put options’ inverted volatility smile. GME’s out of the money (OTM) puts cratered along with the stock price. This theoretically should not happen. But it did, which proves the inverted volatility smile process outlined in the previous articles is repeatable. The proof is in the pudding, or in this case, shorted marshmallows left on the plate for a sweeter tasting later when the GME meme-ification bubble bursts:

Channel checking the trade on the r/GMEbagholders sub-Reddit tells us the memestock war is still on. This is sub-Reddit is not the multi-million member r/Wallstreetbets bro-trader sub-Reddit. It’s a much smaller group of traders who got burned by the first GME bubble. Here there are long and short catalysts driving sentiment and volatility. These Redditors’ faith that GME will give them another bite at the GME apple tells sellers of put option volatility there are more bites to come:

GME is selling shares to raise capital. It’ll nosedive. Its up to us to decide whether we want to make another push or if the game is over. i’d personally like to play again, but I understand a lot of people probably don’t.

How do you know they are selling shares to raise capital?

Sorry, not selling but offering shares. We all know Cohen is trying to turn the company around and they need money to do that. 2020 sales weren’t enough to make an impact in the restructure. Gotta try and keep what GameStop is doing and what its stock is doing separate. The stock value makes no sense, but its fun. The company is actually on its knees.

Ty. I believe that also. I got in round 89 and have and holding 200 shares. I wish us a profit. I will likely keep most of my shares

How do you know this?

They don’t know that, and gme isn’t. They retain the right to, but why would they offer shares at this price when there’s a squeeze to be squoze?

Sorry, not selling shares, offering shares. They have a company to turn around and betting on a squeeze wont help them do that. Its up to Gamestop to become competitive, its up to retail investors to keep fueling the rocket. Now that the pre-earnings quiet period is over, we’re going to get some news. We’ll see if that attracts investors. I’m still bullish no matter how low it goes. Gamestop is not going out of business. So the shorts must cover. GME is sitting on $600 million cash and generated positive revenue in the fourth quarter. They will have more cost savings as they continue to close stores and beef up their e-commerce. 🤷‍♂️ I’m bullish, regardless of the squeeze. But one day the shorts are going to have to cover, and GME has no reason to sell. They are not underwater like AMC who appears to be hemhoragging to stay alive.

Why do shorts have to cover? This is something I don’t fully understand. They’re contractually obligated. They’ve borrowed a share and agreed to return it. Plus all the synthetic shares floating around. There are 200+% more shares issued that are actually in existence. When they get called on to return it is anyone’s guess. That’s why we can’t put a date on the squeeze. I highly recomend Stock Markets with Bruce on youtube. He’s been in the financial business most of his life and has a ton of market experience. He doesn’t get the more technical stuff some of the younger guys talk about but he’s an expert at translating his experience to the current situation. He streams twice a day. Once at 830am EST and once at 300pm EST.

Knowing the direction and what the books look like, its easier to valuate Game Stop. I still think Game Stop has legs so I’m still in for sure. It may take months or years before mooning, but gaming is too large of a market for Game Stop to fail now. Shorts really want us to go away. But we’re not. Look at the volume. It’s coordinated sell waves (read: Market manipulation) and retail investors nibbling it up. Or the stock is over priced by actual retards.

if you believe that gamestop is nothing more than a failed brick and mortar store, then that is correct and I am an actual crayon eating ape. But I just don’t think that’s the case.

these people will finally shut up. I predict the opposite: lots of “buy the dips”, “anything below $99 is excellent value” posts, and so on and so forth…I mean honestly sub $100 is a steal

If there’s real debate about the fundamentals of GME’s business, there’s a pool of buyers ready to jump in at a low enough price that is far above the strike prices of the puts I sold. This pool of buyers provides a thick probability cushion for traders shorting puts at far below the money strike prices.

Put Sellers Have No Sub-Reddit, But They’re Not Alone

Back to the opening question: What odds do you place on GME stock being under $20 within four months? Pretty low, right? Yet, people are currently paying $2.00 per option contract to bet on GME stock dropping below $20 by July of this year. If you think GameStop will stay above $20, you can take advantage of that fear and sell $20 naked put options to the hyper-bearish traders. For the put buyer just to break even, they would need GME stock at $18 by July. To double their money, it needs to go to $16. And so on. We’re talking a massive decline here. Even if we assume that GameStop will drop 50% or 75% between now and then, it wouldn’t even come close to hitting $20. As a reminder, GameStop hasn’t been below $20 in months, and since then, it has attracted a large retail fanbase. This will keep the stock from sliding more quickly, as many shares are held by so-called diamond hands.” (https://investorplace.com/2021/03/gme-stock-gamestops-huge-squeeze-sets-intriguing-bullish-options-trade/)

Selling two July 2021 $20 strike cash-supported puts ties up $4000 in the seller’s account and gives him $400 in premium money. Selling 14 January 2023 $2 strike cash-supported puts for $.31 each gives the put seller $434 in premium. But the probability of the seller being forced to exercise a $2 put is vanishingly small. It’s a Gamestop worth more dead than alive share price.

Is the $2 paying too much for the difference between “pretty low” odds of being exercised and the near certainty of no exercise that comes with the $2 strike price? Possibly. By taking a staggered portfolio approach to selling high implied volatility overpriced hedges, OTM put options sellers engage in tradeoffs between probability and a steepening Theta (time decay) curve. Postpone profitable Theta in return for much higher probability of non-exercise. As long-dated OTM puts’ implied volatility drops, their prices drop much more than the decrease in the number of days to expiration. This is the rinse and repeat part of how the inverted volatility smile smiles on sellers of fear and hedging demand sparked by the GME meme stock war.

I’m not the only one to notice this mispriced fear:

“July $20 Puts: Ridiculously Mispriced. This brings us to the July $20 put. Back in January, with the stock around $40, this option was around $4.75. That was when the option was only $20 out of the money and still had six months of duration left. Hilariously, as GME stock spiked to $500 the first time, the option actually went up to as high as $8. This was utterly nuts. Of course, the odds of GME ending up under $20 didn’t increase as the stock price went up thousands of percent. But options are priced by computer and sometimes the computers are out of their element. By mid-February, GME stock was back down to $40. Yet the put declined in value. Sharply!” (https://investorplace.com/2021/03/gme-stock-gamestops-huge-squeeze-sets-intriguing-bullish-options-trade/)

Another source of mispriced puts: computerized Black-Scholes pricing models don’t account for the asymmetry of possible outcomes between calls and puts. GME can rise far more than 100%, but not drop more than 100%. Hence, stratospheric implied volatility driven by the model’s pricing of the calls drags along the puts’ prices. Market makers hedging against the short squeeze in the stock price by buying calls leads to mispriced puts the market makers don’t buy.

Ryan Cohen bought his stake in GME at about $13–14/share. You can sell a $15 strike November 19, 2021 put for $2. At worst you get into GME at an all-in net cost slightly lower than Ryan Cohen. Otherwise, make $600 by tying up $4500 for eight months, which equals a 20% annual return without actually committing the capital.

While writing this article GME dropped from $143 to $120. None of the OTM put prices listed above moved at all.

Some apparently speculative options trades really offer high return, low risk profits based on an asymmetrical probability setup. OTM GME puts are one of these.

RigaWriter Follow I\'m a NYer living in Latvia since 2005, after living in Italy from 1989-2005, Spain and Catalonia in 1976, 1980-81 and 1986-87, southern France the summers of 1985 & 1986 and Portugal in the Carnation Revolution summer of 1974. Conversational Russian and Latvian are my 6th and 7th languages. I did channel check research for one hedge fund and a Wall St research firm from 2009-12 and taught Behavioral Investing, Entrepreneurship and History at Riga Business School from 2012-16. Title of my investments course: The History of Human Financial Stupidity--Including Mine. From 1998-2007 I invested in real estate in Latvia and Estonia. Since 2015 I\'ve invested 7 early stage startups, none of which have yet failed, but some of which inevitably will. Best trade: shorting 20m JPY with spot and options trades on FXY in early 2013 Worst trade: long yield-trap MLPs in 2015 My wrestling match with The Great Humiliator: ongoing.
« Sharing Brainpower is In. Splendid Isolation is Out.
Fintech After GameStop: How Will the Robinhood Trading Debacle Affect Regulation? »