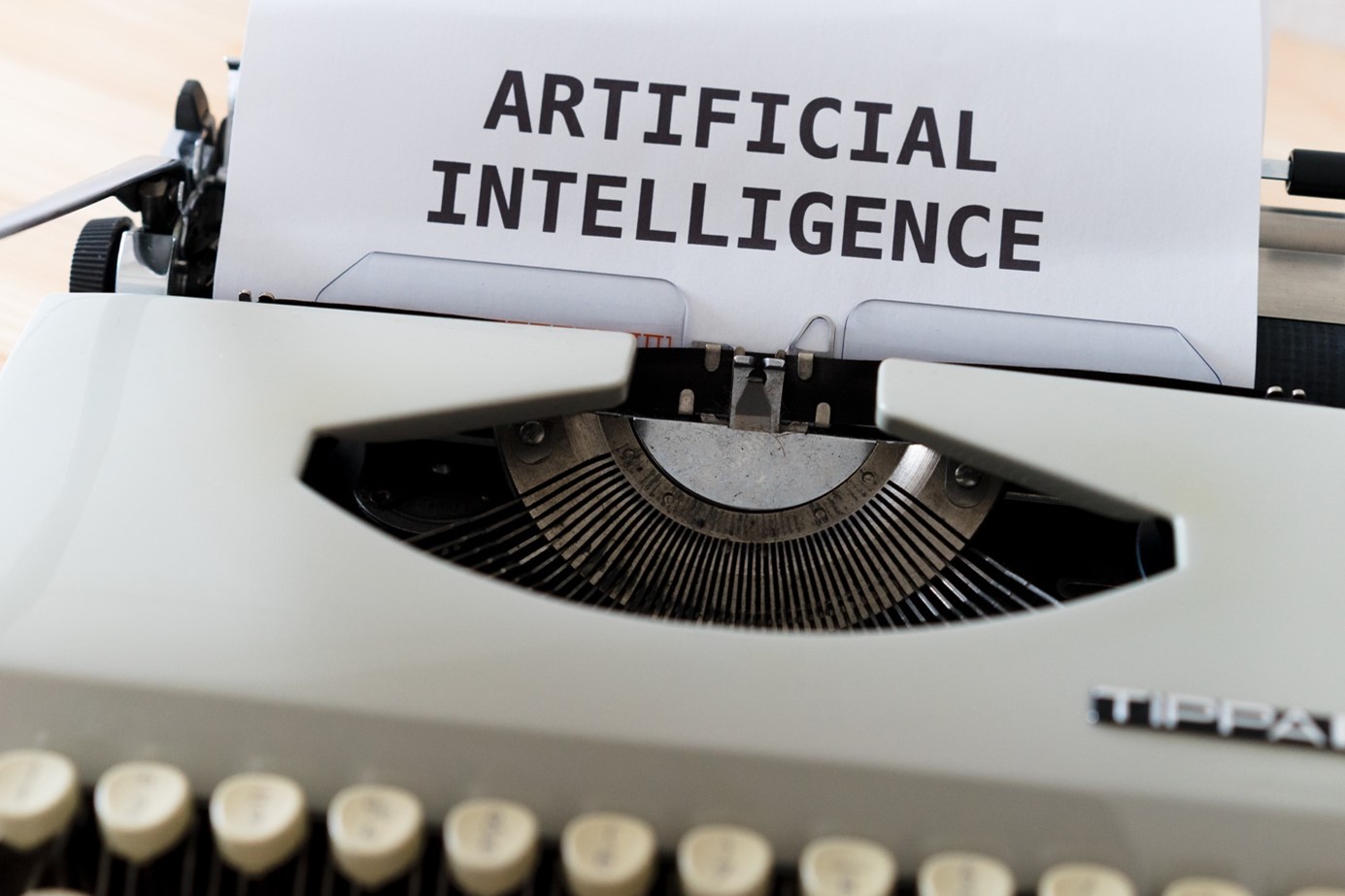 Also, on the negative side AI excels. There has never been a ‘tool’ that manipulates us so intimately and as powerful. AI fuels the Perfect Manipulation Machine. As a consequence, Big Tech knows us better than we know ourselves. If you are sixteen and pregnant and not ready to tell your parents yet, Big Tech knows. If you are gay and in the closet, Big Tech knows. When you need a little black dress or Viagra, and anything in between, Big Tech knows and bombards you with customized advertisements. With the rise of the Internet of Things, Big Tech will also know what you grab from your fridge, at what moment – probably also in what mood. With the rise of the Internet of Things, Big Tech will also know when you are ignoring a traffic light. At Las Vegas casinos, face recognition machines register when you get tired and frustrated. Then someone comes up and offers you a free meal. In order to let you return refreshed & ready to spend more. All of this together is called Surveillance Capitalism. We are equally empowered and castrated by the New Tech Gods we seemed to have created ourselves.

I am fully impressed, of course. As we all are. And yet, in spite of their data-based magnificence, there isn’t much emotional intelligence exerted by these New Gods. Actually, I am surprised by how stupid they can act. 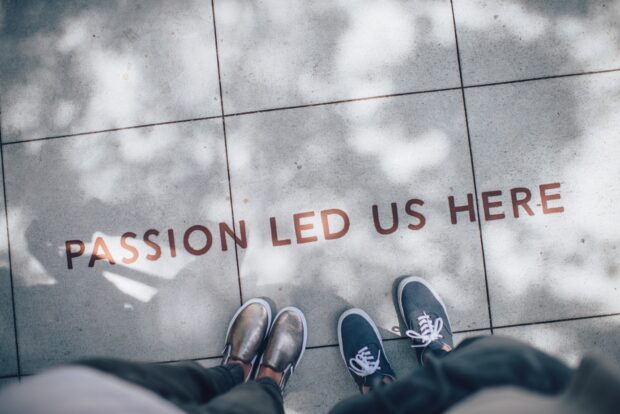 Take online travel agencies for example, the Bookings and Expedia’s of this world. I am sixty and an experienced traveler. I have visited a decent amount of the world’s leading city destinations. So now, like many my age, I want to taste second-tier cities. Not Berlin but Leipzig. Not Milan but Ferrara. Not Barcelona but Valencia. That’s why I booked a hotel in Valencia and went there just before the pandemic. Since then, Booking sends me loads of invitations to book another time for: Valencia. In spite of their persistence, I never do. The algorithms miss the point. They miss the emotionally intelligence, to ‘understand’ that I don’t want to go back to Valencia but would love to explore Leipzig and Ferrara. Other second-tier suggestions are welcome. But Booking doesn’t give them to me. They just repeat their nagging focus on eternal Valencia. Their AI lacks emotional intelligence. AI can manipulate me stunningly effectively. Yet, AI can’t imagine being in my shoes, assessing what my deeper desires are. Other humans often can, or at least have a clue.  It’s the departing point for emotional intelligence.

Recently, I interviewed Erich Steinbock, once the General Manager of New York’s prestigious Carlyle Hotel and now an expert on emotional intelligence. His definition of the subject is: “Emotional intelligence is the ability to read one’s emotions and act accordingly in order to achieve one’s goals. It is both about reading your own emotions and reading other people’s emotions. It’s equally about self-awareness and self-management and about social awareness and social skills.” It’s obvious that AI scores consistently low here. They can send hundreds of bleeps and messages, that hook with surgical precision into my neurological brain system – ‘you’ve got mail’, ‘someone commented on your post’, ‘someone liked your pic’. But they can’t stand in my shoes. Probably because they don’t wear any themselves.

Is that a big deal? In a capitalist world: not at all, because the machines are as lucrative as they are manipulative. On a human level, though, it is a big deal. Because AI’s hugely successful tactics to grab our attention and track us to sell stuff, are devoid of any empathy. It makes their surveillance soulless. 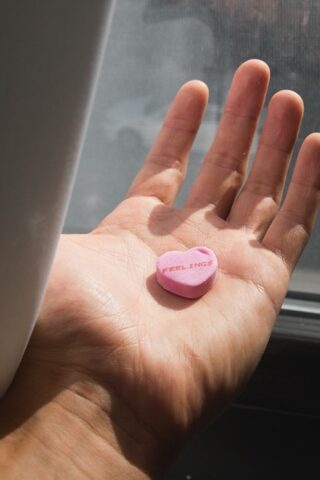 AI’s lack of emotional intelligence probably starts with its incapacity to recognize and acknowledge that there are things it doesn’t know. AI doesn’t know what it doesn’t know. Humans know that they don’t know everything. And, at least to some considerable extent, can accept it. AI can’t. Suppose AI has learned to recognize cats and dogs from thousands and thousands of pictured examples. They then can identify them superbly quick. But then: Feed AI a dolphin! It not only won’t recognize the animal, but will continue vomiting wrong answers over us – with never hesitating confidence. It takes emotional intelligence (1) to throw your hands up (2) in the air (3) and realize that you simply don’t know something (4) and that you might lack imagination (5). When it comes to human emotional intelligence, AI can’t count to five.

In a universe that only consists of cats and dogs, it’s irrelevant that AI can’t recognize dolphins. But there is much more between heaven and earth. Many humans intuitively ‘feel’ that. While AI doesn’t have a clue. Which makes its manipulative powers extra dangerous – due to the lack of empathy, humanity, and soul.

Of course, AI doesn’t recognize death panic either. Recently I read a novel by Judith O’Reilly, ‘Curse the Day’. It’s about a future dominated by AIs, more sophisticated than the contemporary ones. They give it a shot to behave with emotional intelligence and empathy. A driverless car goes out of control with maximal speed. In the car, North panics and begs for help from Syd, the virtual assistant who is driving. Syd ‘understands’ there is a problem:

‘I regret to inform you that I am unable to complete this journey with due regard to the safety of the passengers and fellow road users. Please accept my apologies for the inconvenience. Be assured that all system faults have been reported and will be rectified at the first possible opportunity. Thank you for making this journey with me and enjoy the rest of your day.’

North reacts: ‘Syd, we are going to die here. Do something.’

‘That would be unfortunate. Please, try to avoid fatalities. In the meanwhile, allow me to suggest some music for the road.”

So far about emotional AI in the future. Of course, this is ‘just’ a novel. But written with more imagination, thrill, and empathy than can be mined by all of the world’s algorithms. A good novel asks questions. AI never does. It comes with “solutions”. 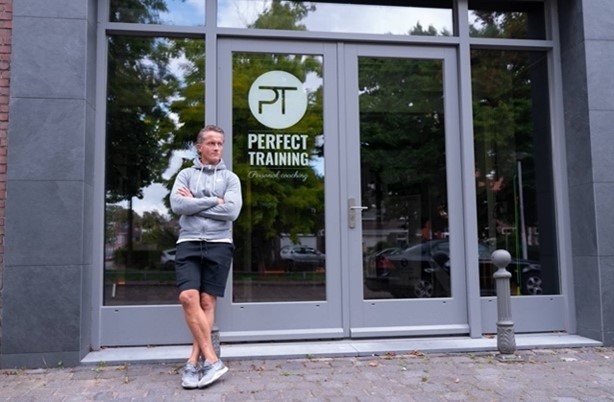 Ten years ago, drawing towards 50 years old, I concluded it was time for me to visit a gym. I invited a female friend, my age, to join me. Her answer was: ‘I will. But first I have to lose weight’. So far about the intimidating atmosphere a gym can have for those with less-than-perfect bodies.

Some years later I actually went to the gym – my friend still on her diet – and employed Bob as my personal trainer. He is half my age, with a rather intimidating body, but a gentle mind and a decent dose of emotional intelligence. Bob owns the best gym in town. Olympian half-Gods train there as well, but I don’t see much of them as we all work out behind loosely closed curtains. After one year, I was doing fine and showing progress. Halfway through one of the lessons, I had to go to the bathroom and passed through the spaces where the Olympians were training. Fully, fully intimated I returned. I asked Bob ‘Why do you still train me, when you could be training them?’ I confess it is a somewhat infantile question, but intimidation makes infantile. It was a vulnerable moment in our relationship. Bob approached it with a dose of emotional intelligence for which I am still grateful – and loyal – to him to this day. ‘You show clear progress. But these guys are three decades younger than you. So yes, they perform at higher levels’, he started, setting the record straight. Coming up with fully unrealistic pep talks would have felt like a lie, or at least as inauthentic. It would have been the opposite of emotional intelligence. Then Bob continued: ‘But while I can help these guys go from 96 to 99% of their capacities, I can help you go from 45% to 80%’. Relieved, I fully embraced the answer. Bob treated my vulnerability with emotional intelligence – and appropriate honesty (which is an important ingredient of emotional intelligence). 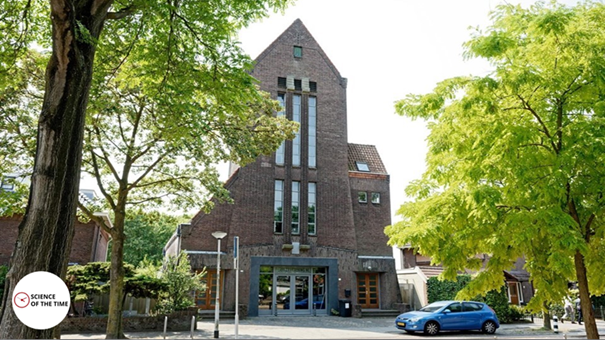 Then there is my financial advisor

I don’t like financial advisors. My intuition tells me they are there for their banks, and not for me. In spite of the good coffee they are serving these days, they simply open their laptops and base their advises on software programs that are now online available to me as well. So, I kicked them out. Except for Jasper, by far my favorite one over the years. (Actually, the only one I like.) Jasper realizes that his unique selling point is not the software, but his human empathy. He phones his clients to tell them to stay calm while the market shows a severe dip – ‘do not sell now!’. He warns them against acts of over-enthusiastic buying. We sometimes make fun about raising kids through puberty. He understands that ‘a little bit of that human touch’ is what the world, well his clients, needs now. I kept working with Jasper. He is emotionally intelligent.

And then there is Joaquin, owner of my favorite hotel in Barcelona

Joaquin runs the most fantastic boutique hotel in Barcelona, Alma Hotel. I interviewed him recently for my ‘the future of hospitalities’ series (Erich Steinbok, the ‘emotional intelligence’ guy mentioned earlier, is also in it.) Among other things, we talked about how challenging recruiting hotel staff can be these days. Millennials as employees can be pretty fickle and demanding, as I have learned from the whole series of interviews. So how do we recruit the right ones? Joaquin told me that for years he uses the same one-sentence recruitment message: ‘We are looking for people who are dedicated and honest’. That’s all. It shows a sublime capacity to immediately go to the heart of the matter. It breathes the promise to empower staff to be themselves. And to trust them enough, not to check them by an overdose of rules. Many hotels these days use these overdoses. They call them highly regulating “standard operation procedures”. They make staff robotic and ‘industrial’. Joaquin’s recruiting approach is too clever and human for that. It is emotional intelligence in action.

AI is conquering the world, Emotion-less. It will not understand, acknowledge, or respect that our human world, lying beyond their algorithmic models, thrives on emotional intelligence. We have to protect our human world. There is a new cultural fight coming on. It will define the quality of life in the 21st century. 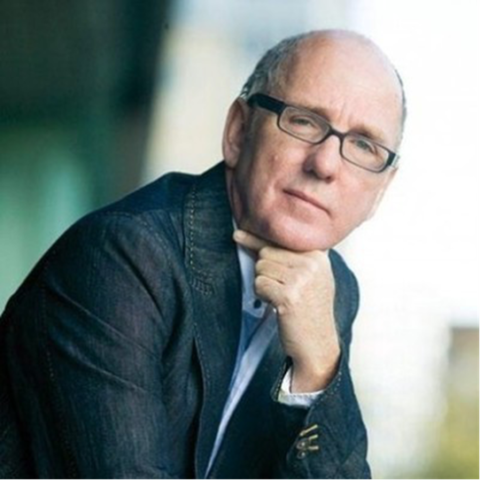 Prof. Dr. Carl Rohde writes for DDI on the New Tech Forces and their cultural-sociological impact and meaning for contemporary and future culture and society. During the last ten years Rohde occupied professorate chairs in ‘Future Forecasting & Innovation’ in Shanghai, Barcelona and the Netherlands. Rohde also leads scienceofthetime.com a virtual network of trend spotters and market researchers worldwide.

Science of the Time

Are you as an educational knowledge institute (university, polytechnic or otherwise) interested in getting involved in the International Cool City Hunt please click here.