Mike Hassaballa Follow Mike earned a master’s degree in applied science in 2013, then he launched his career in the data centre industry. In 2015, he shifted gears and took on a Lead Engineer role in a company developing emission reductions technology. He then moved in 2018 into energy consulting. Mike focuses on most critical issues and opportunities in business: strategy, operations, technology, transformation, advanced analytics, and sustainability. Mike writes fascinating stories meant to be read by anyone. He excels in simplifying complex subjects and bringing a fresh new perspective to pressing issues.

What is a Low Carbon Transformation? Measuring Success (Part VIII) 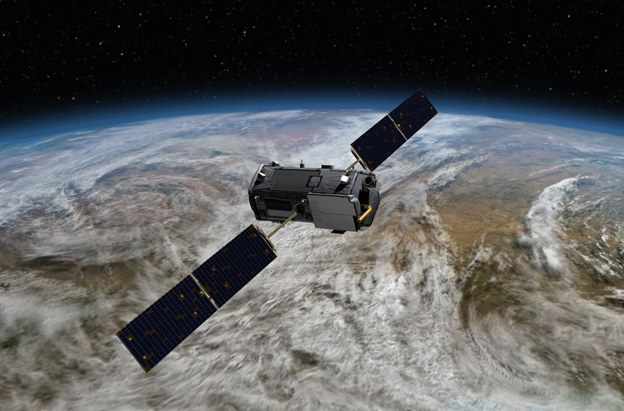 Global warming and climate change are challenging problems that present a risk to our survival on earth. If humanity is going to solve climate change and transform to an actual low carbon future, this transformation has to be quantified and validated. Measuring the world’s success in averting climate change is an important piece of the puzzle. It is critical to be able to monitor and validate our progress towards low carbon at an early stage of this transformation. An effective monitoring strategy will help boost the right set of technologies, policies, and behavioural changes that lead to real results. However, in order for us to put the right tools in place we have to first understand what is being done now and what is available to us to utilize, as well as technological and economic opportunities in this field.

Greenhouse Gas (GHG) emissions reporting is one of the most popular tools used in mainstream climate, sustainability, and Environmental, Social, and Governance (ESG) circles. For example, in the US, the greenhouse gas reporting program includes reporting emissions from large GHG emission sources, fuel, and industrial gas suppliers. A large number of GHG emitters report emissions every year, and this reported data is made available to the public each year. However, the challenge with this is that the reporting is only done annually, so from the time of emission to reporting is one year later, which is just too long. Accordingly, the US GHG reporting program has only 30 data points left until 2050 when the world is targeting its climate goals. To make matters worse, in some other jurisdictions, GHG reporting is delayed by more than a year; and in other regions of the world there are no GHG reporting activities at all. Another issue with GHG reporting, is that it puts credibility to the emitter data rather than the monitoring agent. The effectiveness of GHG reporting is limited to documenting what GHG emissions are released and not actively correcting any violations.

GHG monitoring stations play an important role in identifying trends and quantifying progress towards reduction of emissions, the particle per million (PPM) concentration of GHG like CO2, N2O, and CH4 are generally good indicators for the carbon emissions into earth’s atmosphere. Stations that measure and monitor these values are unfortunately not evenly distributed around the globe. Thus, they will not provide regional spatial monitoring of these emissions, which is required for holding GHG emitters accountable to their actions and progress. The good news is it is technologically easy to build a network of measuring stations which are linked together to provide a comprehensive overview of each city and regions around the globe. This would provide an overview of the progress in reducing GHG emissions, this can be used to complement what NASA is doing with its Atmospheric Infrared Sounder (AIRS).[1]

Emissions induce higher levels of GHG gases that increase Earth’s temperature over time and cause global warming. The rising sea levels are a direct result of climate change because Earth’s temperature is rising. When the temperature of earth rises, it results in ice melting in both the Arctic and the Antarctic, as well as thermal expansion of seawater as it warms. To outline how fast this is happening, from 2006–2015 the global mean water level in the ocean rose 2.5 times the average rate throughout most of the twentieth century.

Higher sea levels are dangerous because they can cause coastal flooding and coastal flooding is dangerous for a number of reasons. It can damage the coast, pushing out marine life and causing a rise in ocean acidity. It can also cause damage to homes, roads, and bridges which can in turn impact the economy. Therefore, it is extremely important to validate and measure the progress in slowing down the rise of sea levels.

There are two promising technologies that would help the world measure and validate its progress towards its climate goals, earth observing satellites and drones.

Earth observing satellites is a vital tool for monitoring the Earth’s climate. They provide valuable data on how the planet is changing, and can help inform decisions on how to mitigate or adapt to climate change. One important type of data collected by satellites is Earth’s surface temperature. This data can be used to measure the increasing trend of global temperature and to detect when it is changing rapidly. Satellites also detect changes in the Earth’s ice cover. When ice melts, the earth’s surface becomes darker and the planet absorbs more solar radiation, causing the planet to warm even more. Satellites are also instrumental in studying the planet’s atmosphere. They collect data on ozone, aerosols and other particles that can affect the planet’s climate.

There are two main types of earth observation satellites that are used to help monitor climate change. First are the Low-Earth orbit (LEO) satellites which orbit the earth at a height typically less than 1400 km above the surface and provide high-resolution imagery of the surface. They have a short lifespan ranging from a few weeks to a few years. Second is Geostationary orbit (GEO) satellites, which are not as common as LEO satellites, and orbit the earth at a height of approximately 36,000 km. They experience less atmospheric interference and provide long-term data. These types of satellites are often used to monitor deforestation, and urbanization. In addition, they are used to monitor climate change by identifying changes in the surface of the earth. For example, if a glacier melts, it will be reflected in the surface imagery of the area and can be monitored.

We expect that the cost of launching earth observing satellites would go down over time, and accordingly there could be a number of satellite constellations dedicated to global GHG emission monitoring, rather than what is currently present.[2][3] However, earth observing satellites will still have these limitations related to their resolution (up to few kilometers of area) and reporting durations (days to few weeks per data point).

Drones are another unique technology that we can use to detect GHG emissions. Drones are able to take precise measurements of the environment that would be hard to get with human monitoring. Drones are also more efficient than humans, as they can be used around the clock, every day of the year, without getting tired. Drones are also effective at quickly collecting data over large areas. They can remain in the air for up to 20 to 30 minutes before needing to recharge. The time period for a drone to fly from one point to another is often shorter than the time it takes a human to walk the same distance on foot. The drones can also be programmed to fly autonomously, without human input, so they can collect data 24 hours a day.

Drones have been used in monitoring climate change because they are more efficient than satellites. They are more efficient because they can be deployed to the area of interest for a fraction of the cost and can be used to monitor specific areas better than satellites. Drones are also more cost-effective because they do not require a large staff to operate them. In a nutshell, drones can be more economical and easier to use for high resolution, case specific areas. We see the potential for drones to help enforcement agencies and third party verification organizations target emitters that will face a hard time complying with emission goals.

Mike Hassaballa Follow Mike earned a master’s degree in applied science in 2013, then he launched his career in the data centre industry. In 2015, he shifted gears and took on a Lead Engineer role in a company developing emission reductions technology. He then moved in 2018 into energy consulting. Mike focuses on most critical issues and opportunities in business: strategy, operations, technology, transformation, advanced analytics, and sustainability. Mike writes fascinating stories meant to be read by anyone. He excels in simplifying complex subjects and bringing a fresh new perspective to pressing issues.
« How to Imagineer Your Dream Life with a Financial Advisor
The Media Giants Fighting For Your Attention »

The anti EV lobby: Why are they wrong?