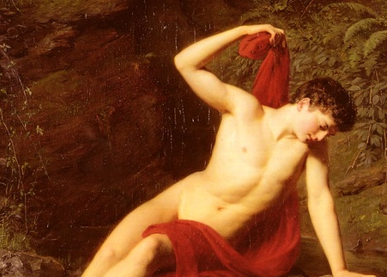 American culture defines narcissism. It is a mix of libertarianism and selfishness exhibiting an extreme indifference toward others. Of course, we are far more complex. The point is that these things represent the dominant cultural value of this 21st century moment.

I take no joy in what I am about to write about. I feel profound sadness combined with a recognition of the reality we all seek to run from. Some will agree, and others will protest vigorously or simply ignore. It does not matter. My purpose is to raise awareness and hopefully cause some to think. My hope is to awaken and move one person. If that happens, my task is complete.

The election of Donald Trump by the Electoral College as the 45th president of the United States and the COVID 19 pandemic that followed together stripped away the curtain that hid the reality of who we are. Suddenly we were exposed, and what we saw and have witnessed since has only reinforced the ugly truth we have spent so much time and effort over our history to hide.

Historically, the clowns and court jesters were the ones given permission to speak the truth, using humor to soften and disguise the unpleasant truth others wished to hide. They could speak openly and make fun because they were seen as entertainers. The truth they revealed could be appreciated and laughed at but then forgotten.

George Carlin was a modern version of the clown and court jester. He used his comedy routines to speak the bitter truth. Most people laughed and nodded in agreement and then went back to their miserable lives. The accuracy was acknowledged at some level but then set aside. We do not want to believe what we know in our hearts.

Carlin exposed the lie we are and our reluctance and indifference to doing anything to change. We want to believe the lie. We need to accept the lie. Here is what Carlin said on one occasion about who and what we are:

“Bullshit is the glue that binds us as a nation. Where would we be without our safe, familiar, American bullshit? Land of the free, home of the brave. The American dream. All men are equal. Justice is blind. The press is free. Your vote counts. Business is honest. The good guys win. The police are on your side. God is watching you. Your standard of living will NEVER decline. And everything is gonna be just fine! The official American bullshit story. I call it “The American okey-doke” EVERY ONE of those items is provably untrue at one level or another, but we believe them because they’re pounded in our heads from the time we’re children.”

Carlin exposes what we all grew up hearing and believing. Growing up in the 1950s-60s I remember being told America was the greatest. We invented everything ever worth producing. We were the best at everything. If only humanity followed our example, all the problems of the world would disappear.

Looking back, it was a very revealing time. It displayed our arrogance while subtly exposing our deep feelings of inferiority. We grew up being drilled with the manifest destiny to cover our treachery in dealing with indigenous peoples, slaves, Mexicans, and other brown people. We were told America was exceptional, that Americans were extraordinary and chosen by God to lead the world. It was all propaganda and deception to cover for the real America that hid behind the curtain.

The first big crack came with the announcement of the Soviet Union’s successful launch of a satellite, Sputnik. The shock was profound. How could this happen? Suddenly all we had been told was called into question. The crack in the wall could not be fixed, but it could be plastered over for a time.

One of the principal elements of ‘American democracy’ I remember being pounded with over and over throughout my school years was our lauded protection of minority rights. It was presented to us in various ways, but exactly whose minority rights we were protecting were never adequately defined. The logic was the safeguard of minority against the alleged tyranny of the majority, which sounds good in theory, but what was reality?

The protection of minority rights embedded in the Constitution was intended to protect the wealthy elite against the more democratic inclinations of the people. Look who wrote the Constitution. They were America’s wealthy elite, the slavocracy, the merchant class, the 1%.

Polling in recent years has revealed Americans get it. We know we’re being fed lies. We are mushrooms kept in the dark and fed cow excrement. Congressional approval is at about 28%. Why would we trust them as most are millionaires with little interest or connection to the lives of ordinary people? We know they represent corporate and wealthy interests, not us. Corporate media is distrusted. We understand its importance but believe it is biased, that the reporting is often intentionally inaccurate and misrepresented. Any close examination of the evening news reveals how distorted and skewered it is.

The corporate news is controlled. Reporting reflects corporate bias having a limited focus: most stories are in New York, Washington, or Los Angeles. Flyover country is ignored unless there is an explosion that cannot be ignored. American corporate news did away with foreign bureaus and news correspondents long ago. In the neoliberal style, they outsourced news gathering to foreign correspondents, sending their ‘specialist’ as needed. The best way to stay informed is to tap non-corporate news sites and foreign outlets that report on stories ignored by American corporate media.

We know our leaders are lying to us, they know they are lying to us, so they lie to us. Why would we trust them when they are only concerned and only respond to those with lots of money to help further their careers and quest for wealth.

The late historian Christopher Lasch defined and described who we are in his 1979 work, Culture of Narcissism. American culture defines narcissism. It is a mix of libertarianism and selfishness exhibiting an extreme indifference toward others. Of course, we are far more complex than that. The point is that these things represent the dominant cultural value of this 21st century moment.

Jerry Lawson Writer/ghostwriter/essayist (www.jerrymlawson.com), freelance journalist and artist. As a historian and biographer, Jerry operates a business focused on writing memoirs, biographies, and personal histories for private clients. Jerry was adjunct professor teaching history and government at several universities and worked as a reporter, editor, and managing editor of a newspaper. He acquired other experience working in industry, business, and banking. A recognized artist creating mosaics using hardwood scraps and pieces that are other’s trash. I live to write, create and make things using whatever medium is available. I am an explorer. I investigate, follow, and ponder whatever opportunities and issues life presents. I am curious about all things by nature and my interests and my writings and art are as varied as my experiences.
« How to start building customer centric business models with the philosophical principle of “bedrock”
Why We Invested In Drip Capital — Financing For Developing Markets »

2 Replies to “The Great Lie”