Listy Jumar Follow Biomedical engineer with 3+ years of research and design experience in regenerative medicine, including the areas of connective tissue repair regeneration. Proficient in data analysis using MATLAB and other computer programs. I’m an excellent collaborator and communicator, and make a positive impact.

Horrible Mistake I Made by Emotional Investing 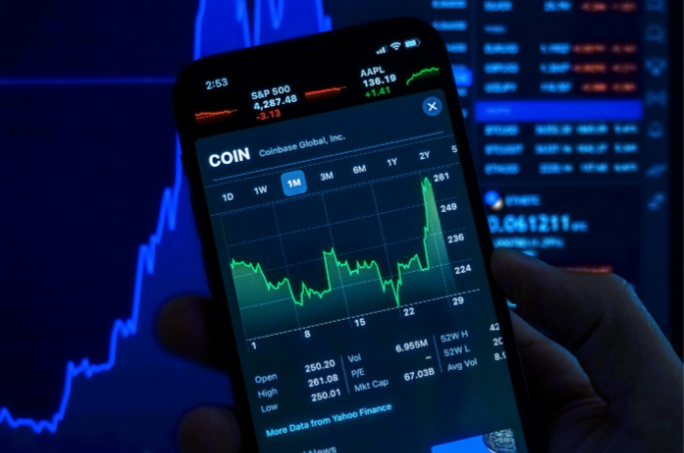 I broke the rule and ended up with financial losses.

I started investing in 2017 and then I learned about this so-called blockchain technology. This is a technology that supports cryptocurrencies such as Bitcoin and Ethereum.

There were dozens of new blockchain companies getting listed on the stock exchange and I was just a 20-year-old new investor looking for something cool to invest in.

Here’s the investing mistake I made so that you can avoid them on your investing journey.

I was emotional and bought the hype. Back then, in 2017, blockchain was the talk of the town. So obviously I thought to myself, why not a blockchain company? I actually looked at every blockchain company listed on the stock exchange as well as the venture exchange. I decided to buy a stock called BTL Group, which I saw had a really good performance, and the stock still looked like it was in the middle of a huge rally.

When I looked at it, I could feel this sense of FOMO and thought that I should invest right now. So, literally the next day, I put my $ 5,000 savings into this stock for $4 per share.

Two months after making the initial investment, I thought I was a genius because the stock went up to $7 a share, and my $5,000 turned into $9,000. So I made money on this stock and then sold it for $7 a share. In a perfect world, it should have just stopped there. Unfortunately, the stock rose to $18 a share shortly after the sale.

And I kept kicking myself because I thought if I didn’t sell, I would have over $20,000. That’s when I got emotional, without thinking the next day, I spent $9,000 I liquidated from the initial investment and put it all into that stock, and bought it back at $18 per share.

But what I didn’t know was that it was the highest ever at $18 and the stock tanked. At one point I was down over 50% of my initial investment.

That’s when I decided not to invest in this investment again and going through the emotional stress, it wasn’t worth it. Overall, I made a net loss of about $ 3,000 on this stock, but fortunately, it was actually a recoverable amount.

A year later, I checked the stock price again. I discovered that the company executives had liquidated their shares and the company was in fact listed on the stock exchange. Basically, the company has dissolved. It wasn’t until a year later that I realized that the shares I bought weren’t even for a profitable company. The whole business is literally just a business plan and they have no product and no revenue.

I learned two important lessons from this experience:

New technologies are mostly speculative investments. In other words, they are risky. Think of the thousands of e-commerce companies that were founded in the 1990s to provide a perspective on how Amazon survived the dot-com bubble.

People often say, “What if you invested in Amazon in 1998?” These things are usually very easy to say in retrospect. But in 1998, Amazon was a fairly speculative investment, and it was very difficult to pick its stock from the ocean of e-commerce startups at the time.

#2 Past Performance Does Not Predict Future Result

A more important lesson is that performance is not a measure of future outcomes. Just because you’ve done well in the past on a company’s stock chart doesn’t mean it will continue to perform well in the future. Unless we know, this company has intrinsic value.

It’s an interesting story, but I made a mistake because it was basically emotional and star-struck. I don’t remember exactly, but I read about Gene Simmons’ open market and many people talked about it.

The next day I bought some of these stocks. In the first week of purchase, it was fine, flat, and a little raised. But then after that, it just started tanking and tanking and just never went back up. Three months later I lost $2,000 off from a $4,000 investment.

I didn’t want to deal with mental stress anymore, so I sold it with a 50% loss, but I didn’t look back after it was sold. I’ve forgotten but I wanted to share my investment mistakes, and that experience clearly came to my mind. So I did a quick google search, and this is what I found, and it looks like the pictures here are actually worth a thousand words.

I’m not sure exactly what happened to this company right now, why it tanked, or why it eventually ended up being delisted from the stock exchange, but my mistake is literally what I did. It was the fact that I didn’t know if it was there, so it was exactly my problem and I bought it. I didn’t understand the company. I didn’t actually look at their financial statements, read their reports, or understand anything about them. I literally bought it because Gene Simmons was the great chief of the Evangelists. As world-renowned investors Warren Buffett and Charlie Munger have stated, one of the most important rules of investing is to never invest in something you don’t understand.

And in this particular case, I broke that rule, resulting in financial losses. I think what ultimately saved me in these scenarios was simply accepting and understanding that I made a mistake. I had to keep holding these investments and hope they would go up.

I will lose 100% of my investment. Unfortunately, this is not uncommon in the investment world. Like former derivatives trader, Nick Leeson brought down a centuries-old earring bank with just a few speculative trades and frankly made a mistake, and investing has nothing to do with our intellect.

Essentially, Newton bought these shares at an all-time high, and the shares have fallen in value since purchase. Investors have made the same mistake for centuries. When I think back to my mistakes, there are actually a lot of similarities with those of Isaac Newton.

This basically involves an emotional fear of missing out, pulling money out of things you don’t understand, and praying that stocks go up after you buy them. But then we scratch our heads wondering why our deals aren’t going as planned.

The other thing is we all are human and having emotions is just part of who we are. When it comes to investing in particular. We need to remove those emotions because they can make us do dangerous things.

And that’s why I want to share some of the investment mistakes I’ve made for emotional reasons. The most important thing we have to do is to be self-aware of our emotions and really ask why we are investing in the first place.

Listy Jumar Follow Biomedical engineer with 3+ years of research and design experience in regenerative medicine, including the areas of connective tissue repair regeneration. Proficient in data analysis using MATLAB and other computer programs. I’m an excellent collaborator and communicator, and make a positive impact.
« Why We Invested In Klivo — Chronic Disease Management Platform
Snap Happy: Why Snapchat is an Underrated Force in the AR Eyewear Market »

History and Modernity of Algorithmic Trading

What’s Next for Darktrace? Can DARK Snap Out of…

6 Replies to “Horrible Mistake I Made by Emotional Investing”