The Revolution Will Be Optimized: Welcome to the World of Web 3 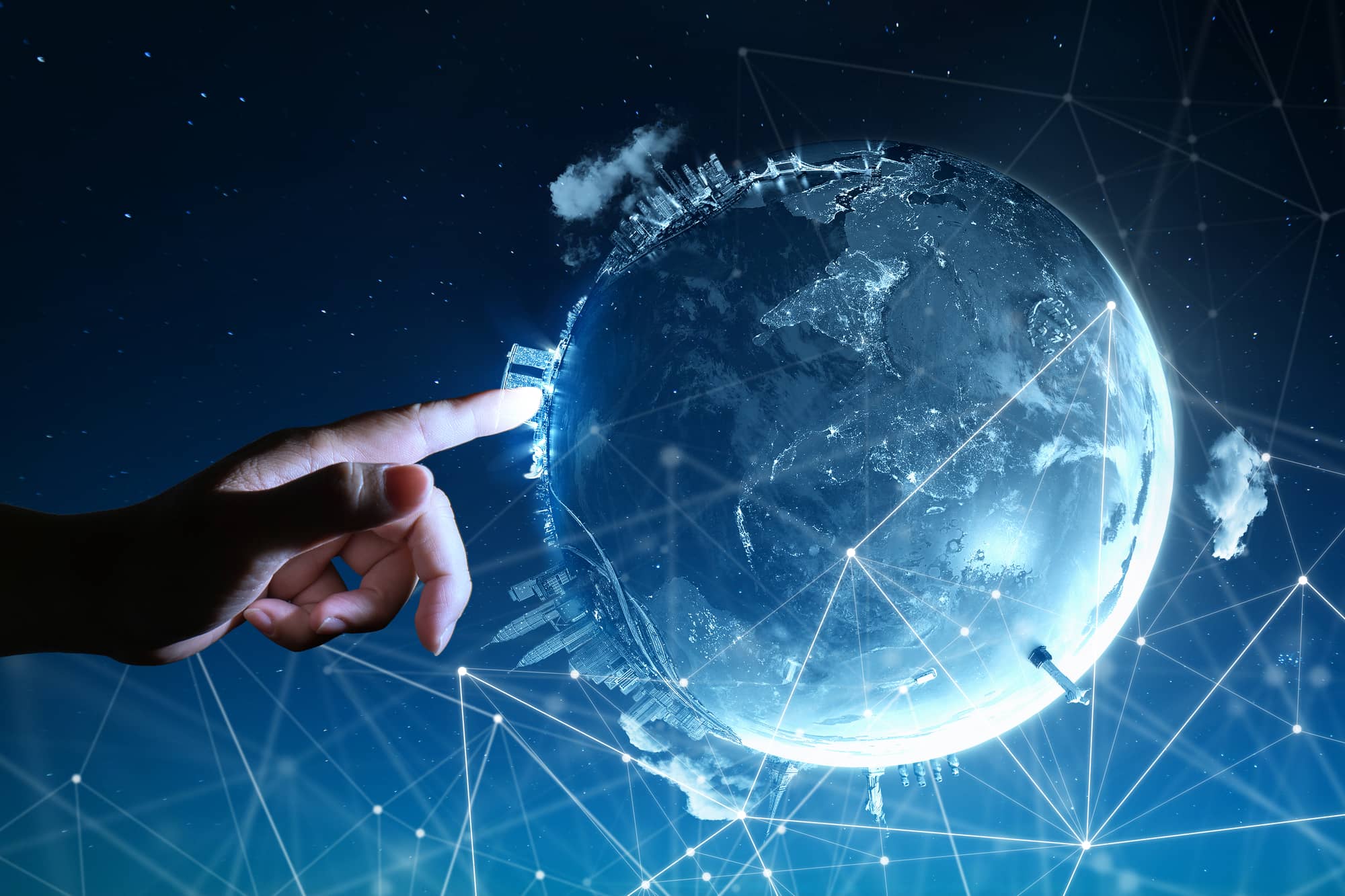 James Perillo of Figment.io talks about the impending Web 3 revolution, including its implications for users, companies and regulators.

It’s almost impossible to imagine life (and especially work) without the internet. But we all know it has some pretty serious defects: data and identity theft, fake news bots, ransomware — the threats are omnipresent and increasingly complex. In an episode of Tech on Reg, I unpack the next iteration of the internet with one of the leaders who’s making Web 3 happen.

The roots of the problem are legion, but two stand out to me. First, the internet as originally conceived and built without native tools to clearly identify the senders of information; and second, to ensure that data hasn’t been altered, copied or otherwise manipulated. That means users have to rely on third parties. Today, those include social media platforms like Facebook, search engines like Google, e-commerce sites and financial institutions that provide us with “online identities.” So they hold our personal data, but they also act as gatekeepers of information.

Let’s be honest: Do we unequivocally trust all (or any) of them?

If the Web is a work in progress, we’re about to experience a quantum leap forward. New technologies like blockchain are laying the groundwork for a much-needed upgrade — what developers are calling Web 3. It promises to be a more secure, more user-centric internet.

To unpack everything, I talked to James Perillo, GM of Venture Capital and “Lion Tamer” (from a classic Monty Python skit) at Figment.io. Figment is a company whose mission is to support the adoption, growth and long-term success of the Web 3 ecosystem through enterprise-grade node and staking infrastructure, as well as developer tools and participation in blockchain governance.

“We have a sense of humor, but we’re also doing things that have never been done before,” he explains. “It takes a leap of faith and the ability to just kind of say, Okay, I’m going to figure this out.”

Here, James helps me figure out what Web 3 has to offer, what it means for users and how regulation comes into play.

The three tenets of Web 3

Web 1.0, as you might imagine, was the first phase of the internet, in which user interaction could be characterized as passive. In other words, Web 1.0 was about reading, not writing. The content was static, not dynamic.

That totally changed with the next major phase, Web 2.0, a sea change that was all about interactivity and user-created content: posting on Twitter, updating Wikipedia, uploading videos to YouTube. You don’t need to be a developer to do these things. Our internet today becomes more social and collaborative by the minute.

Of course, the downside of social participation and content creation is providing scads of personal data to the companies that control these platforms. But that’s changing — fast.

James suggests thinking about Web 2.0 as an addition to Web 1.0, while Web 3 is a “fundamental disruption — a giant leap forward.”

There are three ways the internet will change, he explains.

Web 3 is built upon open-source software, created by an open, accessible community of developers and “executed in full view of the world, so it’s transparent. Nobody owns the code … You can’t get access to a lot of current companies’ code and copy and paste it, essentially — which creates a lot of competition, which is good.”

Web 3 is “trustless, in that the network itself allows participants to interact publicly or privately without a trusted third party in between. Meaning that you can either say who you are or you can remain anonymous. You own your privacy.”

Web 3 enables users of platforms and suppliers of data to participate without authorization from a governing body, which could be a corporation, a government or other institution. “It’s permissionless in that I don’t need someone else’s permission in order to interact with people however I want. So that’s a fundamental shift from where we are right now to where we’re going.”

Web 3 promises to be so disruptive that existing governing bodies are, well … concerned.

“They think that they’re losing control,” says James. “No one likes to lose control, so we’re seeing regulations being passed. But … there are better ways to go about making change, and part of that is education.

As someone who works in this realm, I can say with confidence that not only are our internet regulations outdated, they were outdated almost immediately after they were enacted. The ones we do have were passed in a piecemeal way.

What’s more, “the regulations in effect right now have not led to more competition,” says James.

Right now, corporations like Facebook are worth many billions of dollars, owned by millions and of people (who hold shares), but who has actual control over decisions that affect a huge portion of the planet?

“One person, and it’s an oligopoly,” James says.

Power, assets and liabilities: Shaking up the status quo

To pick on Zuck (or perhaps we should say “He Who Shall Not Be Named”) a bit more — just because it’s so easy — do the few people at the top of the internet data pyramid absolutely detest Web 3? Won’t it mean a loss of the data that drives their primary sources of revenue? How do they explain that to their shareholders?

“There are a lot of organizations that hold a lot of customer data, and it would be really great if they didn’t have to do that. I mean, they probably view it more as a liability than an asset.”

He’s not sure how much companies make from users’ personal data (“maybe Facebook makes more because it can do targeted ads”) but on an individual basis, that information “is not in of itself very valuable,” James adds. “But when there’s a hack, like [what happened to Equifax] and everyone’s data is stolen, it’s such a huge liability.”

James thinks it would be a benefit to business if companies didn’t “have to hold that information in an unencrypted way, on a database or in a spreadsheet somewhere,” and that blockchain — a major feature of Web 3 — will provide a solution that’s more secure for both users and platforms.

They might have to give up some control, but he thinks “a lot of these companies may actually be able to shed some of the bad will they’ve created over the years, maybe even build some goodwill, and still be insanely successful.”

If companies can’t pivot, they’ll be displaced by new entities like DAOs (decentralized autonomous organizations) that are owned and controlled by users, who also have voting rights.

“Those organizations are likely the future,” says James. “There will be fewer corporations that are owned by a few — or they’ll be more decentralized and distributed.”

Interoperability and the tech we haven’t imagined yet

One of the facets of Web 3 James is most excited about? Interoperability. He says that it’s a concept that has been discussed for years, but until now it hasn’t been a reality.

“It’s been more of like, we want it, we know we want it and we don’t know how to build it,” he notes. “Now people are starting to build it.”

Using cryptocurrency as an example, James points out that you can trade Bitcoin for Ethereum using a centralized exchange, but you can’t sell it to someone else. The current tech requires an intermediary.

“There’s no way for you and I to transact in a trustless way,” he tells me. “Trustlessness is a core tenet of Web 3 … and interoperability … [and] it bridges that gap. There’s, like, a moat between Bitcoin and Ethereum. These bridges will ultimately allow for folks to transfer cryptocurrency, but more importantly, they can take information and data that’s stored on one blockchain and move it and share it on another blockchain.”

That will open up myriad opportunities and exciting new applications of technologies “we haven’t even thought of yet,” James adds.

Privacy, ‘shadow’ profiles and ‘the right to be forgotten’

The concept of (data) privacy as a right is still pretty new, at least stateside. The EU got on board with that well before any regulators in the U.S. did. But now, certain states are recognizing the need for laws to protect consumer privacy. What do James, and Figment as an organization, think about how regulation and legislation will affect Web 3?

“I don’t think we’re waiting for the government to come in and save us,” he says. “I think Web 3 ultimately is going to provide the solution.”

“There’s something fundamental about the right to be forgotten,” says James. In lieu of comprehensive federal privacy law in the U.S., Web 3 will offer users clear options on how to truly choose what people share, with whom and for how long.

A fully realized Web 3 is probably at least a few years away, but it’s worth noting that we’re already acclimating to certain features (like the growing popularity of NFTs, or non-fungible tokens) — and we know that many recent technologies (like smartphones/mobile apps) are adopted lightning fast.

And the Web 3 ecosystem can seem overwhelming at times, even to James. But “the more you educate yourself about it,” he says, “the more powerful you realize it is.”

Dara Tarkowski I'm Dara Tarkowski. Innovator, entrepreneur, attorney and podcast host. I am FinTech and RegTech enthusiast passionate about responsible innovation and exploring the intersection of law, technology and highly regulated industry. I'm the Managing Partner at Actuate Law, Chief Innovation Strategist at quointec, and the Host of the Tech on Reg podcast, recently named one of the top 10 RegTech podcasts. I was also named to the 2019 Women in FinTech powerlist by Innovate Finance.
« Digital Therapeutics (DTx) And Startups — Where We Are And Where We Are Going?
There are four different stages in a company’s life cycle »