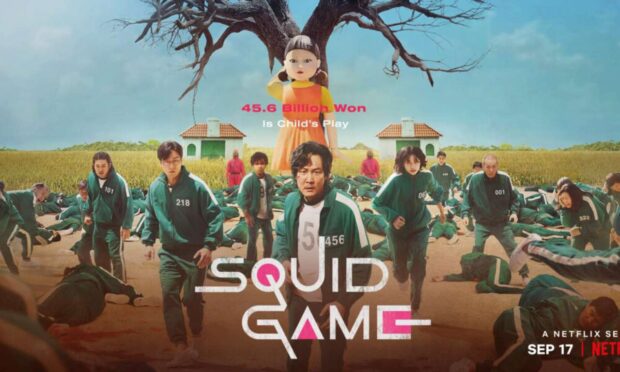 So I finally had time to watch the squid games. I don’t like binging (it’s a bit of time waste), but I was sick this whole week, so…

It was a wonderful trip through psychology land, spiced up with gamification theory, and I am happy I “wasted” my time this way. It was a pleasure. I wanted to share how I interpret this TV series.

This article is also for those who still did not have time to watch the show, and I will not destroy it for you with spoilers.

The Squid Games take people who have almost no chance to survive in the real world, mostly due to huge debts, and give them another chance. They put them through a series of games, designed as known children’s games, and the winners get to pass to the next stage. Losers, so the players soon realize, are killed.

I don’t want to destroy the whole series for you, so I will not talk about the motives behind the creation of the games. This you can see for yourself. But I would like to focus on the motives to play such a game.

Motivation to Play a Game to Death

Because the fact is, players were given an opportunity to stop the games by democratic voting, at any moment. If the majority wanted to stop, they could all go home. But, if they wanted to take the prize reward, they needed to see the game to its end.

This raises ethical question number 1: should I keep playing? Even though I am aware that others might die? Do I keep betting on my life as well? Or, I prefer to go back with nothing to the real world, and probably die there…

In the second chapter of the series, one can see why most of us, humans, would probably make the same choice, assuming we would be in that same financial situation. Since the option of playing, puts us in the controls, gives the responsibility to us, and allows us to change our reality and destiny.

This is the first principle of a successful gaming motivation mechanism. Put the player in a position where they are in control, and more importantly, they FEEL in control. As if the whole game world depends on them. If you speak Hebrew, you can watch my talk about these principles in a talk from 2012…

The second key event in my eyes was when society structure and humanity values break. A moment to explain how the scoring system was designed in the games, to those who did not watch yet. each player was worth 1 million coins. once they are out of the game (aka = killed), this amount is added to the total reward for the winners. The winners are those who will survive all 6 games. In such a reward system, it is “good for you” that other players are eliminated.

It is a classical Prisoner’s Dilemma. Do I fight to keep as many players with me to reach the end, and be humanitarian, but with less reward money in the pocket; or do I try to eliminate as many as I can as fast as I can.

In the first chapters, a fight starts between the players outside the game time. Immediately the organizers stopped it, saying “all players should have a fair chance at the game”. But later down the road, another fight started. The big bully has beaten another player to death over food. Only this time, nobody stopped it. The players probably have trusted the organizers that they would stop it before something happens, or that they would take care of the wounded. It also happened very fast.

But all that occurred after that, was that with perfect silence, the organizers removed the body, and added the extra reward for the extra dead person. This act from the organizers teaches the players that the rules have changed now, and they allow violent behavior between players.

Long story short, this small change in the way the “game system” responded to the players, altered completely their behavior. That part reminded me the Lord of the Flies, a remarkable book (by William Golding), and there was also a movie that celebrated it. It talks about a similar social phenomenon, where humanity fails and social rules break, when external situation changes.

Octalysis Framework and the Motivation to Play

Lastly, I would like to finish with this core question: is a monetary reward enough to make people change their core beliefs and break social structures? I don’t believe so. I believe the Octalysis gamification framework has more answers to help us understand the complex of motivations that act in this game mechanism. Here are a few:

The mind behind Octalysis framework, Yu Kai Chou, wrote this analysis for the Squid Games. So be sure to read his article as well, if you were interested in this framework.

Remember: Reality is influenced directly by how we treat other people around us every day. Society is a structure that depended on us all. To tell you the truth, I actually believed that during the Corona virus, humanity will break and act as it is told in the video games (read article here). But it didn’t. So? we always have a chance to make life here a little better. Smile at another person and say hello. It works, I promise.

P.s. if another person smiles at you and says hello, say it back, and maybe go take a coffee