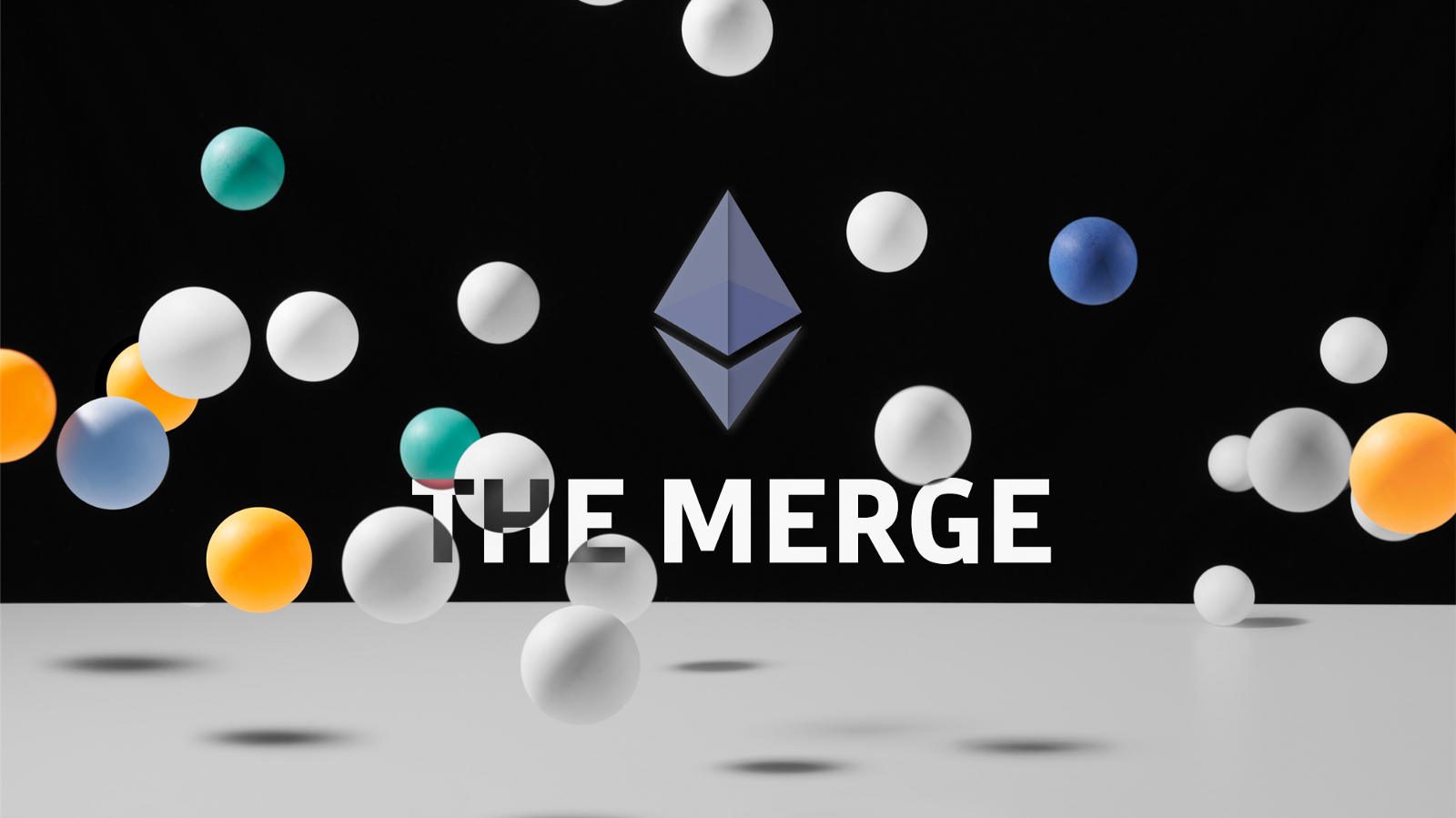 The cryptocurrency Ethereum is about to receive a critical update, and now the release date has been set for September 19. This news alone was enough to push the cryptocurrency’s price up — analysts, therefore, expect a strong impact on the value as soon as the upgrade is released.

The Merge: From Proof-Of-Work to Proof-Of-Stake

The blockchain of the leading smart contract network is about to receive a critical update. The upgrade will be carried out in stages, the next of which is called “The Merge” and will see the transition from a proof-of-work (PoW) to a proof-of-stake (PoS) consensus mechanism. Read here for more information on Proof Of Stake.

“The Merge is the most significant upgrade in Ethereum’s history,” comments the Ethereum Foundation. The Merge is expected to result in Ethereum 2.0. This will be accompanied — if everything works as planned — by a 99.5% reduction in Ethereum’s energy consumption.

In the medium term, “The Merge” should also make the network much more efficient. Another advantage is that Ethereum 2.0 will enable staking with ETH and thus provide investors with an opportunity to let their assets work passively. Skeptics point out that “The Merge” will initially bring large amounts of ETH to the market, which were stuck in the testnet Beacon during the preparations.

The London-Upgrade about a year ago, marking one of the first steps toward Ethereum 2.0, was also able to move the price significantly. Read more here: Ethereum: Why the “London” Update Boosts The Price

No miners anymore, no PoW, but PoS and Staking: The Merge changes things upside down. Specifically, the update is supposed to solve the network’s scaling problems and enable significantly more transactions. This is to be achieved via a technology called sharding. Its introduction is planned for the first quarter of 2023. According to co-founder Vitalik Buterin, Ethereum will then be able to handle 100,000 transactions per second (TPS) via second-layer solutions. By comparison, in its current form, the smart contract platform only manages 15 TPS.In addition, the developers also promise greater security and significantly lower energy consumption: the switch to proof-of-stake technology is said to bring a saving of 99.95%. In contrast to the widespread opinion and the hope of many ETH users, however, The Merge will not reduce network fees. This is because The Merge is a change to the consensus mechanism, not an expansion of network capacity. The costs for network use will therefore remain unchanged.

Gas fees are a product of network demand relative to the capacity of the network. The Merge deprecates the use of proof-of-work, transitioning to proof-of-stake for consensus, but does not significantly change any parameters that directly influence network capacity or throughput.With a rollup-centric roadmap, efforts are being focused on scaling user activity at layer 2, while enabling layer 1 Mainnet as a secure decentralized settlement layer optimized for rollup data storage to help make rollup transactions exponentially cheaper. The transition to proof-of-stake is a critical precursor to realizing this. More on gas and fees.

We do have Layer 2 solutions, called rollups, like Polygon and Optimism and Arbitrum and ZKsync and Starkware, that reduce fees drastically while inheriting the security of ETH.

According to Vivek Raman, users will need to use so-called rollups to reduce fees.

Check the second layer solutions and learn more about rollups:

It will be interesting to see how the second-layer scaling solutions will react.

Price Prediction: What Will Happen?

September 19 is when it’s supposed to happen. Either way, traders and analysts expect the update to Ethereum 2.0 (or the “consensus layer” as the developers call it) to have a strong impact on the price.

The hype around “The Merge” has just begun

Why? Ethereum’s pioneering position in the DeFi (decentralized finance) space. Along with NFTs (non-fungible tokens), DeFi is considered one of the fastest-growing crypto sectors — and no other blockchain is used more frequently for this purpose than Ethereum.Analysts at Bloomberg also talked about undervaluation for Ethereum with a view to “The Merge” as recently as April and issued USD 6,000 as a price target.

Crypto Exchange Traded Products Likely to Surpass $120 Billion in Assets Under Management by 2028, According to Bloomberg Intelligence

Finder.com recently released the latest Ethereum price report. If you hold Ethereum, then you should be prepared for high volatility in the next upcoming months. The fintech and crypto experts predict that the Ethereum price will first rise to $2,673, then fall to $675, and then finally end the year at $1,711.However, the experts are much more optimistic about the long-term price outlook. They assume that the ETH price will reach 5,739 US dollars at the end of 2025 and 14,412 US dollars in December 2030.

Kevin He is the Group COO of CloudTech. He made one of the most bearish predictions for the end of the year with a price of $750. Nevertheless, He expects the ETH price to be $5,000 by the end of 2025.

If the Ethereum merge is successfully completed this year, Kevin He expects the price to rise as PoS (proof-of-stake) and faster transactions lead to higher demand for ETH from all different kinds of stakeholders. And should the market situation eases in the second half of the year, it may be possible that the ETH price will rise to or break the previous record high due to increasing demand. If the merge does not take place this year, investors’ confidence in the project and the team will inevitably be shaken by another delay. Then it is could be possible that the ETH price will fall into triple digits in a bear market, according to Mr. He.

For newcomers, I’d personally recommend binance.com* as an easy-to-use trading platform with a user-friendly interface and step-by-step instructions. Binance.com* offers a whole ecosystem with a credit card, extensive trading staking, an NFT marketplace, and many more features. Read more here

Receive 5% commission on trading fees by using this referral link!*

For anyone seeking a more advanced platform with lower fees, give BitForex* a try!

At least for now, The Merge succeeds in creating a sense of optimism for Ethereum and also highlights the upcoming technological differences with Bitcoin. As investments in the token are much more accessible as a result, The Merge is expected to have a positive impact on the Ethereum price overall. In addition, ETH’s appeal to institutional investors could increase as it acts like a debt instrument thanks to the benefits of staking.

Hence why Ethereum could continue to ride its own wave in the coming months — assuming The Merge takes place without major issues. Not to mention: The final transition has already been delayed several times.

The platform Cake DeFi provides an easy and user-friendly way to generate passive cash flow on your crypto portfolio. This is done in three different ways, called lending, staking, and liquidity mining. All you have to do is to sign up for the platform, top-up money via credit card or transfer cryptocurrencies and put your assets to work. Read more.

You receive a 30$ signup bonus upon your first top-up with the following referral code:

The article includes the personal opinion of the author. It should not be considered Financial or Legal Advice. All data and numbers have been sourced the 2022–07–24. Changes may apply.

Maximilian Perkmann Follow Business builder, financial enthusiast, blogger, project- & product manager, climber. Currently working as a COO in tech and blogging about financial stuff. As an investor with passion I'm mostly excited about cryptocurrencies and interesting value-companies.
« Charlie Munger’s 3 Mind Hacks That Will Keep Your First Investment Startup From Becoming A Disaster
Blockchain & Healthcare- Where Are We? »