So You Think You’re a Hot-Shot Crypto Investor? Beware the Dunning-Kruger Effect 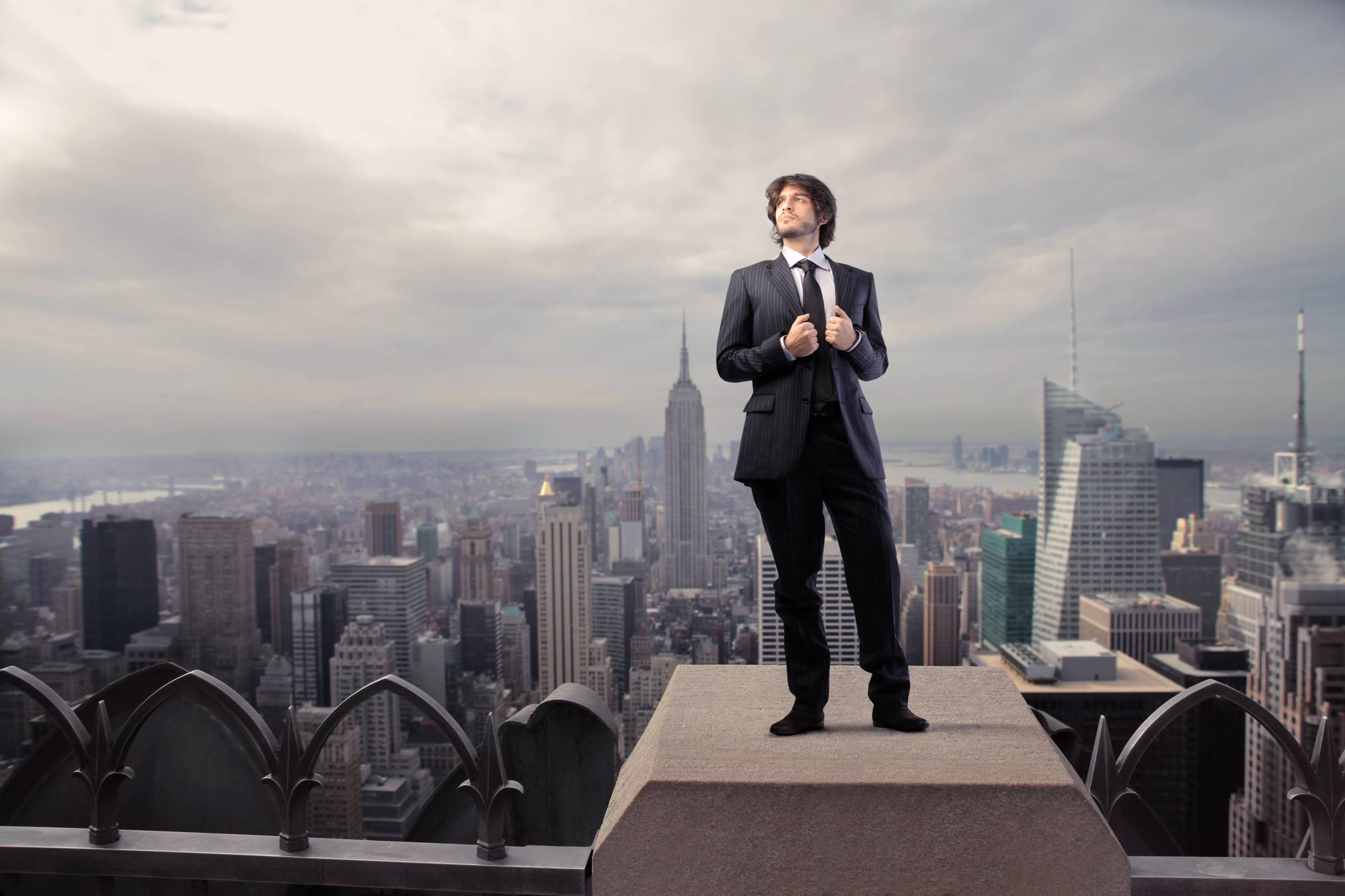 Setting aside our political leanings for just a moment, it seems few would argue that the presidency of Donald Trump has offered up a wealth of fascinating cases for in-depth psychological analysis.

The seemingly endless stream of chaos that stems from Trump’s unpredictable style of governance (and which is, admittedly, amplified by a distinctly polarised media); the unprecedented rate of hiring and firing that we’ve already seen; and of course, the unhinged tweeting, are just a few reasons why psychologists will surely be studying the cognitive and behavioural aspects of Trump’s White House tenure for many years to come.

But of all Trump’s traits, it’s arguably the frequent over-estimation of his own abilities that one might find the most intriguing. Whether it’s believing himself to be potentially more ‘presidential’ than anyone since Lincoln; or being convinced that he would be able to make Mexico to pay for his notorious border wall, Trump sure has lacked the ability to honestly evaluate his competence…or indeed, his incompetence.

Of course, few of us are so naïve as to not realise that the motivation behind much of Trump’s more outlandish behaviour is simply to keep appealing to his political base. And be that as it may, what’s also underpinning much of Trump’s grandstanding is the clear presence of a well-known cognitive bias, known as the Dunning-Kruger effect. 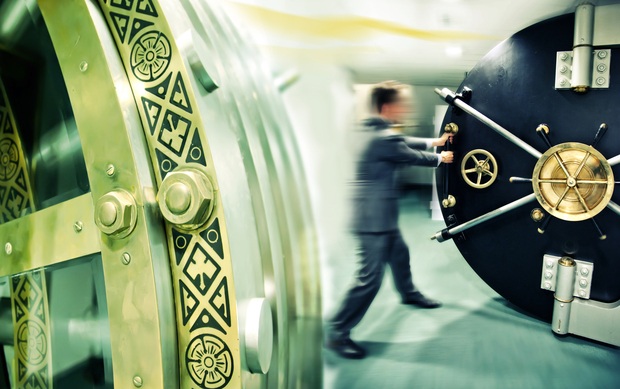 What is the Dunning-Kruger effect?

Cornell University psychologists David Dunning and Justin Kruger identified this bias (in their rather amusingly titled paper Unskilled and Unaware of it: How Difficulties in Recognizing One’s Own Incompetence Lead to Inflated Self-Assessments, no less) by recounting the story of McArthur Wheeler, who in 1995 decided to rob a bank. But he ending up doing so having smeared lemon juice all over his face. ‘Why?’ you may ask…

Given that lemon juice is commonly known to work as invisible ink, Wheeler believed that his face would also be rendered invisible to the bank’s surveillance cameras after applying the juice. And his supreme confidence in pulling off such a ridiculous ploy was even illustrated by the fact that shortly before the robbery, he checked his strategy by taking a selfie with a polaroid camera. But despite the camera being defective and turning up a completely blank image, it was sufficient for Wheeler to conclude that he would be able to successfully execute the robbery…lemon juice and all.

In fact, Wheeler was so confident with his choice of disguise that he robbed two banks that day using the lemon juice tactic. But after police duly arrested him and showed him the surveillance tapes, which had of course recorded a fully visible face, Wheeler apparently exclaimed, gobsmacked, “But I wore the juice!”

Observing such behaviour, Professors Dunning and Kruger concluded the following:

“In many cases, incompetence does not leave people disoriented, perplexed, or cautious. Instead, the incompetent are often blessed with an inappropriate confidence, buoyed by something that feels to them like knowledge.”

If you’re exhibiting the Dunning-Kruger effect, then you’re failing to recognise your own incompetence. In fact, you don’t even have the skills necessary to realise the extent to which you are underperforming, and as such, you will usually think you know more – or are performing better – than everyone else.

In other words, there are two key problems tied to this bias, not one. Firstly, you make crucial mistakes and end up taking a poor decision. And then on top of that, your incompetence or lack of awareness prevents you from recognising those mistakes you made to begin with.

As far as Trump is concerned, perhaps his demonstration of Dunning-Kruger has not been more clearly on display than in the aftermath of his failed attempt to repeal and replace Obamacare. With zero evidence of self-awareness on show, Trump declared, “Nobody knew healthcare could be so complicated.” Actually, Donald, lots of people knew.

In crypto investing – or indeed, investment of any kind – we may well hear the same sentiment being echoed, something along the lines of ‘nobody knew Bitcoin would crash so spectacularly.” Of course, this is not true – there will undoubtedly be investors who took the time to analyse data and charts, and who sold their holdings at the right time.

If you’re just getting into crypto investing and have already made healthy gains, you might end up over-rating your trading competency. Or you might watch a couple of YouTube videos from self-proclaimed ‘market gurus’ – plenty of them have now cropped up – and simply follow their investing advice. And as per Dunning-Kruger, you might think that all your work is done, not realising that you are making grave errors in your market strategy.

What is both endearing and somewhat concerning about the online crypto community is the fact that anyone and everyone can invest. And while that means that Reddit message boards, Telegram chat rooms and Bitcointalk forums are replete with useful advice, it also means there is plenty of hot air flying about. Given the relative lack of crypto’s market maturity to date, moreover, it seems fair to say that the overwhelming majority of investors are pretty far from being experts, and should thus be regarded in such light.

The hugely volatile nature of crypto markets also makes it easy for us to start believing that we’re all hot-shot investors, especially when CoinMarketCap.com is showing a ‘sea of green’ and everything is rallying. But as this first quarter has proven, crypto markets crash – and they crash hard. Many of us will not have seen this massive sell-off coming and will have ended up realising rather painful losses.

But even for more sophisticated investors who have been around for a while, the Dunning-Kruger effect can still prove itself to be an insidious drag on overall returns. With all the data, charts and analytical tools on hand, you can start believing that you know more about the markets than is actually the case. And of course, that overconfidence will invariably lead to unexpected – and undesirable – market outcomes.

So, what is the remedy?

Being aware of the Dunning-Kruger effect – and as a consequence, of your own fallibility – seems a logical first step. By honestly and realistically assessing your own abilities in relation to the world around you, by realising that there is always so much more to learn, and ultimately by making an active, conscious effort to learn more and improve, you will be working to close that ‘ignorance gap’.

What’s more, it’s worth acknowledging that when you’re engaging with the community about investing, there may be some ‘smart money’ out there in the form of experienced, accredited investors, but there’s also a lot of ‘not-so-smart’ money flying about as well. You should always be aware of this fact when seeking out advice.

And finally, in terms of rating your own abilities when it comes to crypto and blockchain, be aware that although your knowledge may well be advancing at a swift pace, so is the entire knowledge base of this new, rapidly developing technology. As such, it is more than likely that you will consistently need to update your understanding of the industry as it progresses. And recognising this fact will go a long way towards eliminating the impact of Dunning-Kruger on your future investment strategies.

Shashank Pattekar Follow Financial markets professional turned FinTech enthusiast, Shashank has a passion for exploring the possibilities of disruption in this new, tech-informed era of finance. After several years working in London's financial services sector, including stints with investment banks Goldman Sachs and Merrill Lynch, he opted in 2013 to switch to a more location-independent career. In the process, he developed a keen interest in writing about contemporary subjects including FinTech and blockchain, alongside more traditional topics related to finance, economics and current affairs. Shashank has also been an advisor to a new London FinTech firm, and has worked on a number of global blockchain projects, mainly in financial, marketing and advisory capacities. Shashank can be reached at [email protected]
« How Big Data is Disrupting the Financial Industry
5 Questions to Ask Yourself Before Investing in a Cryptocurrency Project »

Why are Blockchain technology and crypto changing mobile gaming?