The ABCDs of Fintech 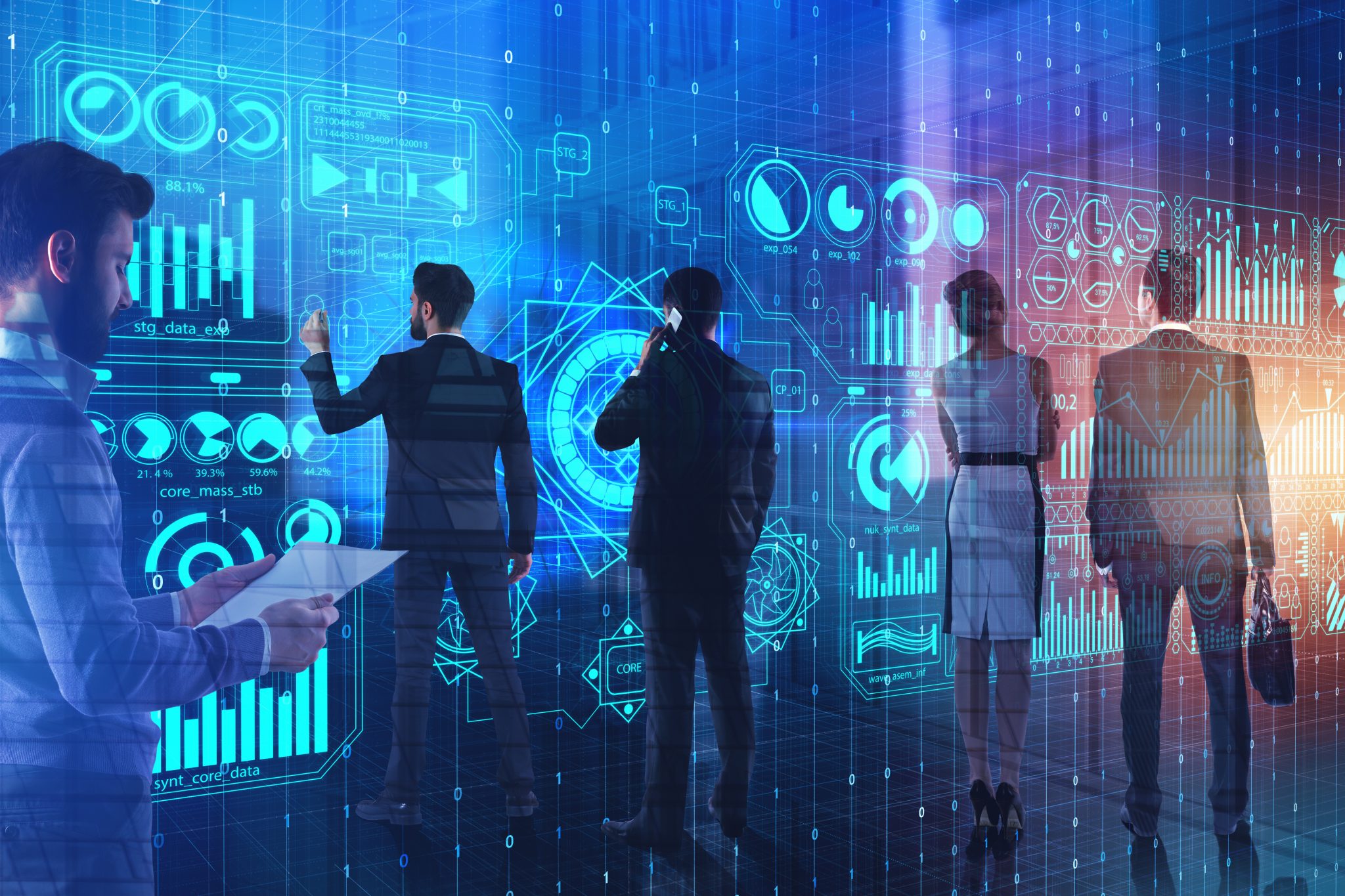 Fintech industry has evolved by leaps & bounds ever since the last Financial crisis of 2008 and the advent of Blockchain & Cryptocurrencies in 2009. These two events actually provided just the right catalyst to put the wheels of change in motion. Alternative forms of finance emerged in the form of new business models & new technologies as a result. Some examples of whom are given below.

Let’s look at them in a little more detail.

Data: For a long time the banks have relied upon a great deal of information generated from and about their customers – things like their identity, net worth, transactions & location etc. All of this information was collected via filling out a lot of paper forms by the clients and the bank employees. Obviously this huge pile of paperwork was neither easily searchable nor readily available for analysis. The digitization of all this data meant easy storage, transmission, search, analysis & processing of all this information. This provided the online market places to function cost effectively, efficiently while providing a great deal of convenience to the customers. Customer’s online behavior such as logging in to their virtual banking or e-brokerages, transactions performed and other online activities like web browsing, e-commerce & social media use is tracked for analysis. Increasingly, offline behavior is also being tracked via IoT devices like smart watches (Apple watch), smart home devices like Amazon echo and smart cars. No wonder the data has become the ‘New Oil’ being sought after equally by the gatherers & users. To put things into perspective Walmart, the world’s biggest retailer, processes 2.5 petabytes of data every hour – that is 16 zeros!

Cloud Computing: In the past financial institutions have relied on on-site IT systems which relied on enterprise level software developed and/or licensed at a high cost. This was a time-consuming & expensive process which required a lot skilled manpower and financial undertaking. With the advent of Cloud Computing this software now resides on the servers of the data centers of the companies who are specialized in providing these kind of services. On top of the customized built-in solutions these companies also provide value added services like Cyber security protection which has become a key component of any solution involving processing of big data. This of course meant that Fintech startups & Alternative Finance providers can now pool & direct their resources towards improving the client experience rather spending it on expensive IT infrastructure. They can also scale their server usage as dictated by their rates of growth. Cloud computing has encouraged new business models like SaaS (Software as a service) to emerge which allowed the these financial institutions to bypass the traditional vendor models involving development, sales, service, marketing & licensing. This cycle was repeated each time software was upgraded to a newer version. Software that resides in the cloud can be marketed at a lower cost since it is mostly based on a subscription model. It can also be upgraded on an ongoing basis which benefits the client with lower fees, convenience & peace of mind.

Blockchain technology: Distributed Ledger Technology (DLT) forms the basis around which the concept of Blockchain evolved – in simpler terms it is the reliable documentation of creditor & debtor in a standardized manner. The conspicuous Sataoshi Nakamoto  outlined the establishment of a digital currency (or cryptocurrency) that seeks to solve the double spending problem intrinsic to the traditional fiat currency. Nakamoto envisioned the idea of setting up a digital ledger via a peer-to-peer network which does not require the supervision of a central authority. The transactions are recorded by way of blocks – each block is validated by solving a cryptographic mathematical puzzle (or hashes),  at the end of which the new data block is added to the existing chain with a new cryptographic hash & time stamp transparent to all users. Data in this block or the previous ones cannot be altered unless a consensus or agreement is reached. Blockchain is thus the underlying technology behind Cryptocurrencies.

This technology has not only created a new form of digital asset in the form of Bitcoin & countless other Alt.coins, but has helped in the formation of Alternative Finance methods to raise capital like the ICOs (Initial Coin Offerings) and Crypto Exchanges providing a platform for online capital market places. In addition Blockchain is transforming the capital & financial markets infrastructure. NASDAQ is using blockchain to secure the record keeping of private companies and their transactions while Australia’s ASX has decided to replace its existing stock registry, settlement & clearing system with blockchain technology. Apart from these hundreds of pilot programs are underway in different sectors of the global economy to explore the use of blockchain technology. The adaptability is specially rapid in the financial sector where existing banks & newer fintech startups are embracing it with open arms. Another ambitious use of blockchain technology recently has been the creation of DAOs (Distrbuted Autonomous Organisations) that allow for automatic execution when certain conditions are met via smart contracts. DAOs can not only transform venture capital markets but even some functions of government – one recent example being a blockchain based voting pilot tested in Switzerland.

Artificial Intelligence: The term AI was coined at the famous Dartmouth summer research workshop. AI can be classified into a narrow or weak AI which relates to algorithm performing specific tasks and general or strong AI signifying broader human intelligence and decision-making. There are also different strands within AI including the Natural Language Processing (NLP) which relates to the rule based analysis of written language & Machine Learning which is associated with learning from experience and performing predictive analysis based on data training. 2017 was named the year of AI by both Forbes & Fortune due to confluence of a few events – First, large expensive supercomputers used for AI algorithmic processing were replaced with cheaper Graphical Processing Units (GPUs) with increased computational power originally produced for video games & Secondly, data storage costs continued to fall thus the huge amounts of data being collected through online activity & connected devices could now be gathered, stored and used much easily to train the machines. And finally, Major Cloud companies like Amazon’s AWS, Microsoft’s Azure, Google Cloud & Alibaba’s Aliyun incorporated AI into their services which included Open source Machine Learning frameworks which the client can experiment and incorporate easily into their operations.

AI is rapidly changing the Fintech interfaces varying from facial & voice recognition for identity management to chatbots, and can then provide personal recommendations based on clients’ preferences and algorithmic matching of needs. AI has also helped some alternative finance companies to venture into new business models of intelligent analysis of customer data rather than just providing fund flow. For example, some Chinese Fintech startups which started off as P2P lending platforms have moved to providing credit analysis & scoring to institutional investors and lenders that are serving in the lending marketplace.

The alternative finance place continues to evolve at a brisk pace and with the intertwined nature of these emerging technologies, we are moving to a completely digitized global economy, the ultimate goal of such development, however, should be the creation of an Ecosystem which is sustainable, efficient, reliable and beneficial to all.

Faisal Khan Follow Faisal is based in Canada with a background in Finance/Economics & Computers. He has been actively trading FOREX for the past 11 years. Faisal is also an active Stocks trader with a passion for everything Crypto. His enthusiasm & interest in learning new technologies has turned him into an avid Crypto/Blockchain & Fintech enthusiast. Currently working for a Mobile platform called Tradelike as the Senior Technical Analyst. His interest for writing has stayed with him all his life ever since started the first Internet magazine of Pakistan in 1998. He blogs regularly on Financial markets, trading strategies & Cryptocurrencies. Loves to travel.
« How The Empathic Design Method of Decision Making Works
Tariff war & Changing dynamics of Free trade »