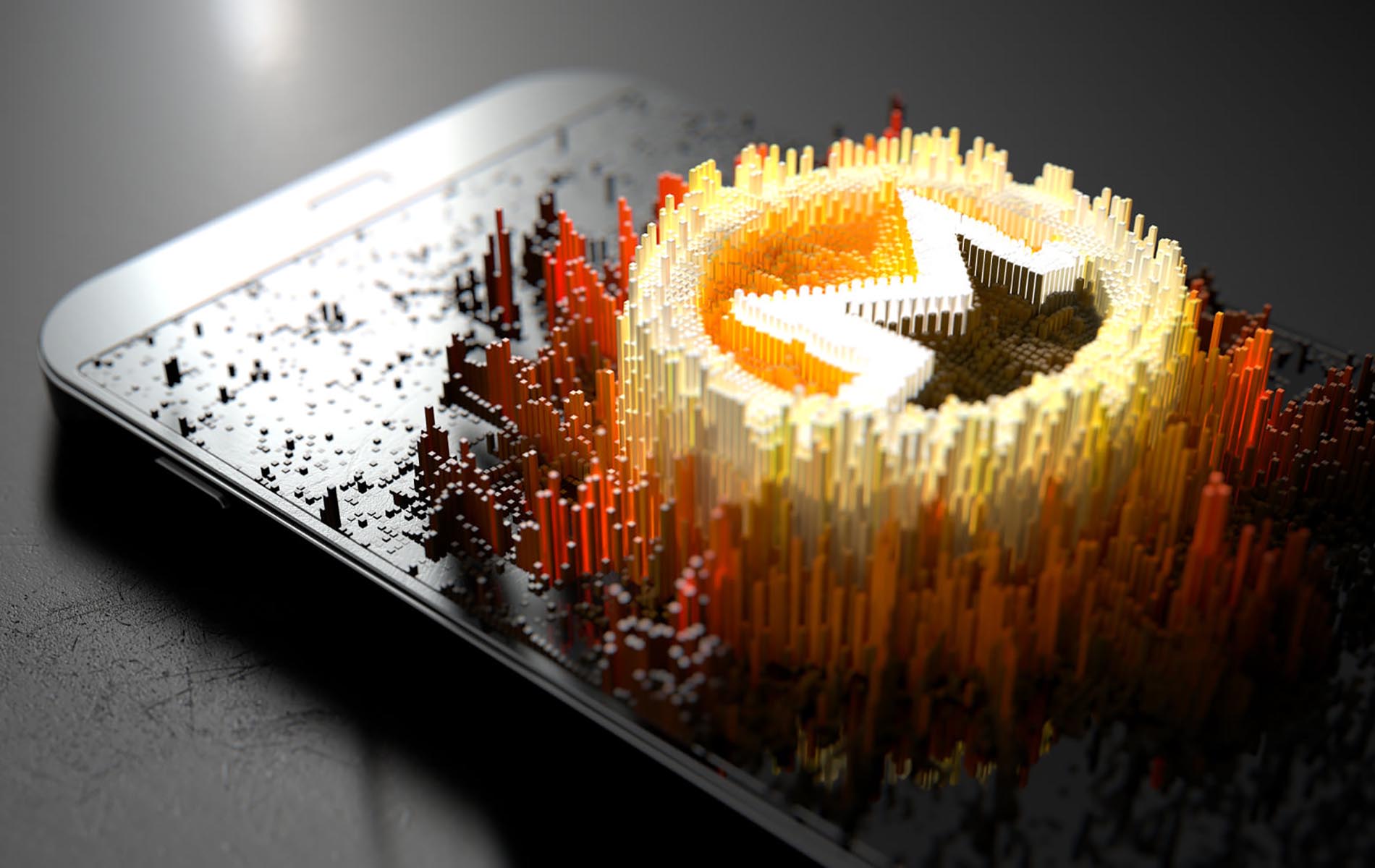 It’s been a tough year for Cryptocurrencies but I have a feeling that the tide is beginning to turn slowly. The price action in most of the Cryptos seems to be making a come back from the lows with Bitcoin being the best performing, institutional investors are entering the foray & good projects moving forward with consistent improvements. We still hear about 80% of the ICOs turning out to be fads but this gives way to viable & useful digital assets filtering through which have potential, good teams to back them up & real world applications – Monero is one of them – a star of the privacy coins group ranked at No. 12 by MarketCap.

Monero is one the best known privacy focused Cryptocurrencies out there along with the likes of Dash, Zcash & Verge. XMR (Monero) has had its fair share of problems along with the general weakness in the Cryptos. The mining malware incident in which the malware was used on some 400 website to illegally mine Monero a few months ago caused a major security concern among the investors. Monero has ever since launched a new web-based, client anonymous XMRWallet with faster processing & multi lingual support (10 languages). It has also moved from the clunkier Range of proof protocol to Bulletproofs protocol as proposed by University College of London’s Jonathan Bootle and Stanford’s Benedikt Bunz.

Nathalie Roy launched XMRWallet as an upgrade to the older MyMonero wallet, where she realized that the new wallet could use several new features to help improve the functionality of the previous wallet. XMRWallet allows instant account creation in an open sourced web environment thus marking the move towards decentralization.

Talking about the new protocol, it uses ZK-Snarks technology, which helps greatly in scaling down any blockchain transaction. This is the same zero knowledge cryptographic technology that is also being used by another private coin Zcash. Basically the new protocol allows much faster execution of transactions on a peer-to-peer decentralized platform while keeping privacy in tact. There are two types Bulletproofs protocol: Single Output & Multiple Output. The former reduces the transaction size by almost 80% – from 13.2 kB to 2.5 kB which reduces the transaction fees by the same amount as well. While the latter reduces the transaction size by an even bigger amount. The protocol adheres to the privacy part by hiding the amounts involved but the senders & receivers can still be verified.

Not only this but to keep the transparency of these project upgrades intact, both these upgrades went through an audit process last month which has now been successfully completed. While the Monero wallet underwent a security review by New Alchemy – a blockchain strategy and technology advisory group, Bulletproof was audited by Kudelski Security – an independent Swiss cyber security solutions company. Both the audits were majorly successful with minor issues reported which can either be easily fixed or have already been addressed.

For those of you who are interested in the detailed reports of the audits here they are – Bulletsproof Audit & XMRWallet Security Review. The new protocol has been in the testnet phase for the past 6 months and is finally ready to go into full implementation with the completion of these audits. This should give Monero a huge boost going forward. And finally how can I let you guys go without showing the data driven side of things. Here is the technical analysis of the XMR/USD daily chart showing the price movements. 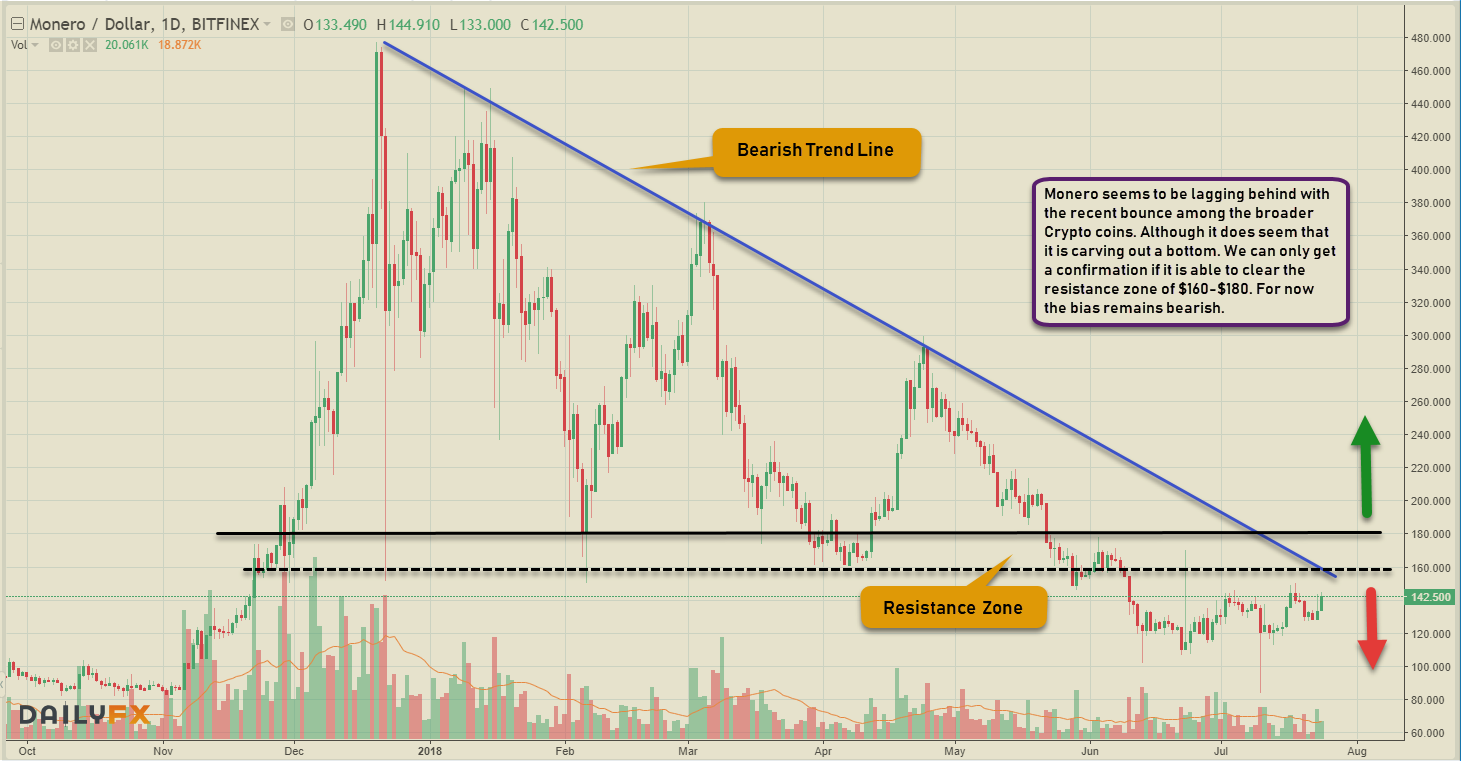 Faisal is based in Canada with a background in Finance/Economics & Computers. He has been actively trading FOREX for the past 11 years. Faisal is also an active Stocks trader with a passion for everything Crypto. His enthusiasm & interest in learning new technologies has turned him into an avid Crypto/Blockchain & Fintech enthusiast. Currently working for a Mobile platform called Tradelike as the Senior Technical Analyst. His interest for writing has stayed with him all his life ever since started the first Internet magazine of Pakistan in 1998. He blogs regularly on Financial markets, trading strategies & Cryptocurrencies. Loves to travel.
« All Things Cryptos.Forex.Stocks — 07/20/2018
Icon: The Embodiment Of Democracy And The Free Market »

One Reply to “Monero goes “Bulletproof””