Icon: The Embodiment Of Democracy And The Free Market 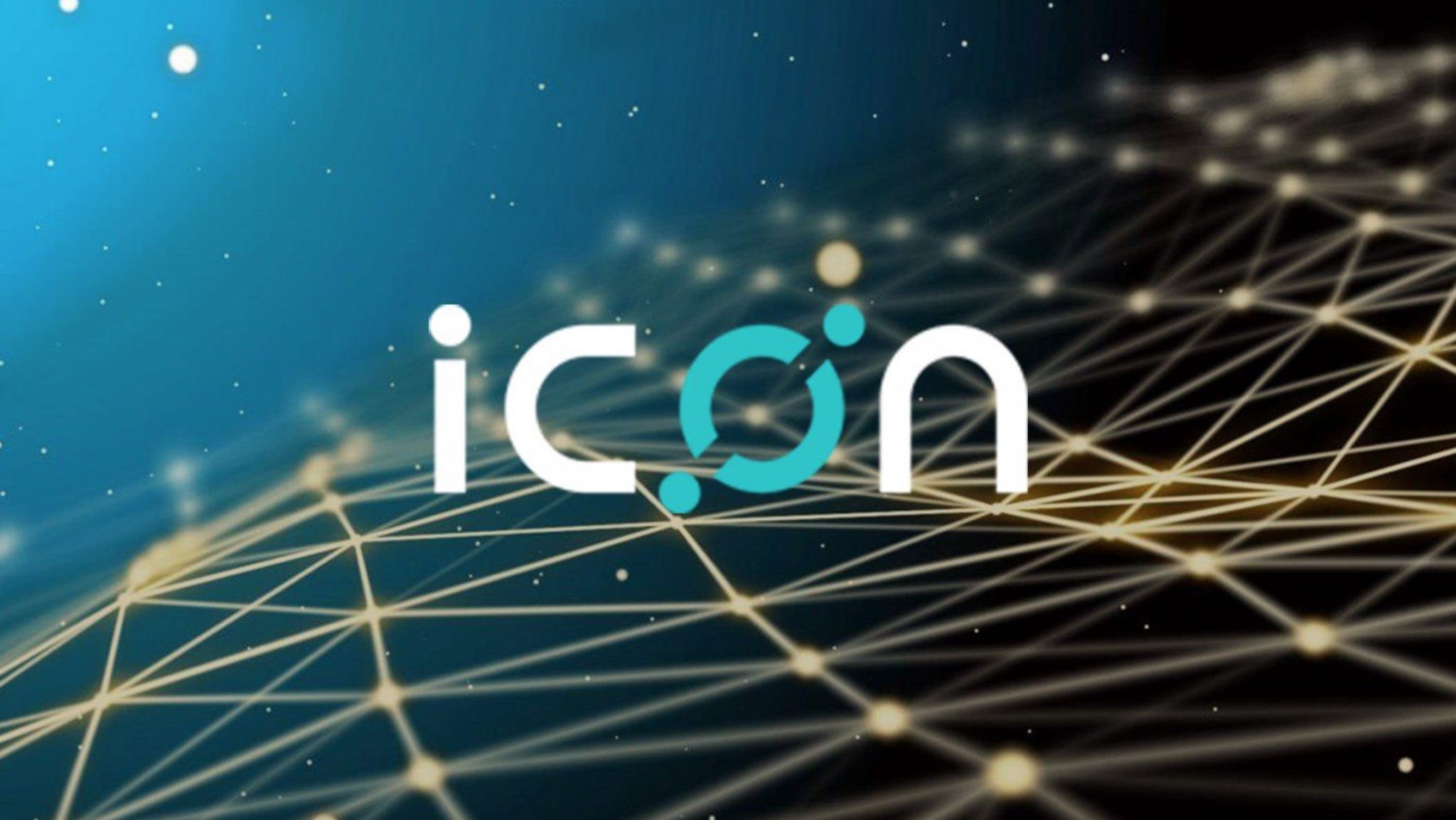 The conception of democracy began millennia ago, with its origins in Ancient Greece and Ancient India, particularly, Athens. Citizens voted directly on legislation and executive bills, however, the democracy of Athens was far more primitive than our contemporary paradigm of global democracy. Within Athens, approximately 30% of the population could vote, siphoning equality and equity from the political paradigm of democracy as we know and understand it today. Women could not vote, foreigners could not vote, nor could slaves vote; you had to be a male citizen within Athens to obtain the unique privilege to vote on legislation. Democracy existed within the Kingdom of Ganarajya, where king’s were elected by the people and for the people; democracy can be traced back to the year 599 B.C.E at Vajji, Vaishali in ancient India. Vaishali was not only one of the first locations where democracy reigned supreme, it was also the location of the 24th Tirthankara, which in Jainism is a savior and spiritual leader of the righteous path, also known as dharma! Jainism is a unique religion that emphasizes the respect of all living beings; a sign of democracy within Jainism, giving everyone and everything the free right to live and exist in our world and our universe. Within the United States, during the first century and a half of its existence, our democracy was more of a patriarchal aristocracy rather than an equitable republic. The Founding Fathers in 1776 rejected the idea of “classical democracy”, the democratic paradigm that existed within ancient Greece, rather, their emphasis and goal of government was a “natural aristocracy”, whereby only the landed gentry were entitled to a place within Congress. As time went on, democracy in our contemporary society began taking shape within the United States. By 1920, with the conception of the 19th Amendment, women were given the right to vote, although African Americans still succumbed to this basic lack of freedom; the participation in government legislation and executive positions. In 1971, the 26th Amendment granted anyone over the age of 18 the right to vote, as the Amendment states “who are eighteen years of age or older, to vote, shall not be denied or abridged by the United States or by any state on account of age.” Democracy and cryptocurrency are intertwined by fate and Icon is the harbinger of this evolution and revolution of the political ideal known as democracy!

Icon and Cryptocurrency: Democracies Next Step, Its Destiny As An Ideology: The Icon Republic

A friend once asked me “why do you love cryptocurrency?” My answer to this very short yet realistic question was “cryptocurrency is democracies next step in it’s evolution, it’s destiny as an ideology.” Cryptocurrency is the precursor to democracy becoming a ubiquity within our society; cryptocurrency embodies and enables a laissez faire capitalistic financially inclusive world where anybody can participate in the free market. Cryptocurrency is the harbinger of democracies ideological destiny into the financial sector of our society and as a result, throughout the entirety of our world. Cryptocurrency has the power and influence to effectively destroy command economies and exclusive despotic government paradigms! Cryptocurrency is decentralized which enables it to exist without the necessity of a government, central bank or any central financial institution; cryptocurrency truly gives power back to the populous, a necessity as our society becomes ever-more tyrannical, infringing upon the citizenry’s privacy, rights and economic freedom as a whole. A new breed of inclusion will rise through cryptocurrency and as a result, the remaining two billion people who are unbanked will be able to participate in a free peer-to-peer market at last. So where does Icon fit into this picture? Icon is the reclaimer of democracy, the precursor to a financially inclusive hyper-connected world that will become intertwined through the Icon Ecosystem. Icon’s goal is to connect existing private and public blockchains, blockchains that are conceived by private enterprises, nations, companies and various organizations. These private and public blockchains are amalgamated together through the Icon Ecosystem! These public and private blockchains will exist together under The Icon Republic, the governing body of all the blockchains that exist within The Icon Republic! Think of the Icon Republic as the United States government, the governing body of all the different states/blockchains within its jurisdiction! The Icon Republic As we make the analogy that the Icon Republic is similar to the United States government, the Nexus Protocol is synonymous with the free market as it exists today!

The Nexus Protocol: The Embodiment Of A Capitalistic Democratic Free Market Within Cryptocurrency 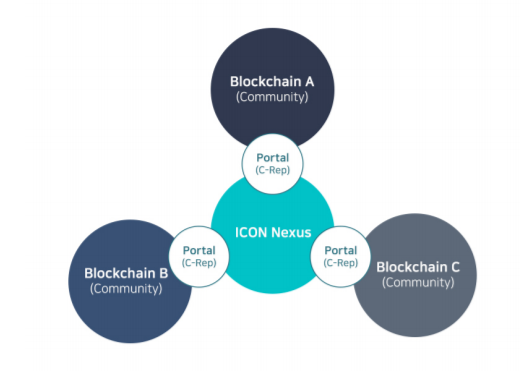 The Nexus Protocol is the embodiment of the free market, due to it’s ability to connect different blockchains together through C-Reps to exchange value and information with one another through a free market peer-to-peer paradigm. C-Reps, like in a democratic republic such as the United States, are elected officials from each of their respective blockchains and these C-Rep’s run C-Rep Nodes which are portals that connect their blockchain to the Nexus Protocol! The Nexus Protocol is a high-performance blockchain where different private and public blockchains can share and exchange information and value with one another utilizing the Icon cryptocurrency as an intermediary and a medium of exchange. The Nexus Protocol is an embodiment of the free market, it is a peer-to-peer paradigm that enables any existing blockchain to exchange value with one another! Democracies reign supreme within the Icon Ecosystem, C-Reps are appointed through a democratic model; this is one of the fundamental reasons why Icon will be the harbinger of an interconnected democratic ecosystem that will hyperconnect the entirety of our planet without exclusion. Any entity that creates its own blockchain can connect to the Nexus Protocol, embodying a capitalistic inclusive free market. Another entity that exists within the Icon Ecosystem that fosters free trade and cross chain transactions is the DEX Exchange! The DEX Exchange a decentralized exchange that will exist within the Icon Ecosystem and enables a peer-to-peer ability for blockchains to exchange value with one another. The DEX Exchange enables transactions and trading across any blockchain connected to the Icon Republic! Within the Icon Ecosystem, it is evident that their paradigm of hyperconnectivity is directly associated with democracy and financial inclusion on a global scale; the Icon Ecosystem is an evolution of democracy manifesting itself in our contemporary globalized world! Let Freedom Ring Through Icon! 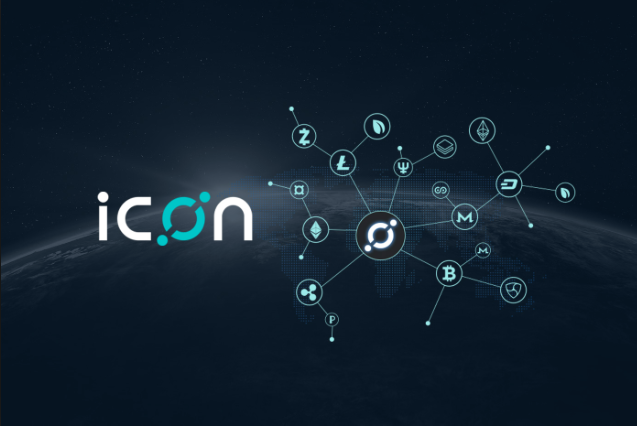 It is abundantly clear that Icon will achieve its goal and vision to provide a platform where entities from financial, security, insurance, healthcare, government, educational and commerce industries can coexist and transact within a single network, fostering a free market amalgamated with democratic principles through elected officials known as C-Reps and the Icon Republic! The Icon Ecosystem is the embodiment of fair and equitable democracy, enabling any private or public blockchain to transact and trade information and value with one another! As the internet continues it’s onslaught throughout our world, democracy as an ideology must adapt to this brave new innovation and it is clear that the evident manifestation of democracy can be seen through the Icon Ecosystem! I will never lose faith in democracy and it’s unique ability to foster inclusion, financial freedom and a balance of power between the populous and the state and as a result, I will never lose faith in the power of the Icon Ecosystem and how it embodies democracy and free market laissez faire capitalism as a whole. Hyperconnect The World And Promote A Better And More Beautiful World! May The God Of Our Understanding Foster The Growth Of Icon, As It Embodies Equity and Transparency!

Interested in learning about Cryptocurrency and Blockchain Technology? Enroll in my course on Udemy! https://www.udemy.com/cryptocurrency-investment-a-beginners-guide/learn/v4/

Disclaimer: Cryptocurrency investing requires substantial risk, do not invest more than you can afford to lose! I am not a financial adviser and I am not responsible for any of your trades. I am an investor of Icon Coin and the information within this article represent my own thoughts and opinions. It is incumbent that you always do your own research before investing in anything!

Corey J Costa I am a student currently studying History and Adolescent Education with aspirations to become a College Professor. Hope can enable students to strive for happiness, peace, love and purpose in their lives. My love of learning brought me into the world of cryptocurrency which has changed my life mentally and financially forever! I hope to share this same knowledge with as many people as I possibly can through the loving art of teaching; the acquisition of knowledge is our biggest strength!
« Monero goes “Bulletproof”
Which Under-the-Radar Stocks Should I Consider with Significant Disruptive Potential? »