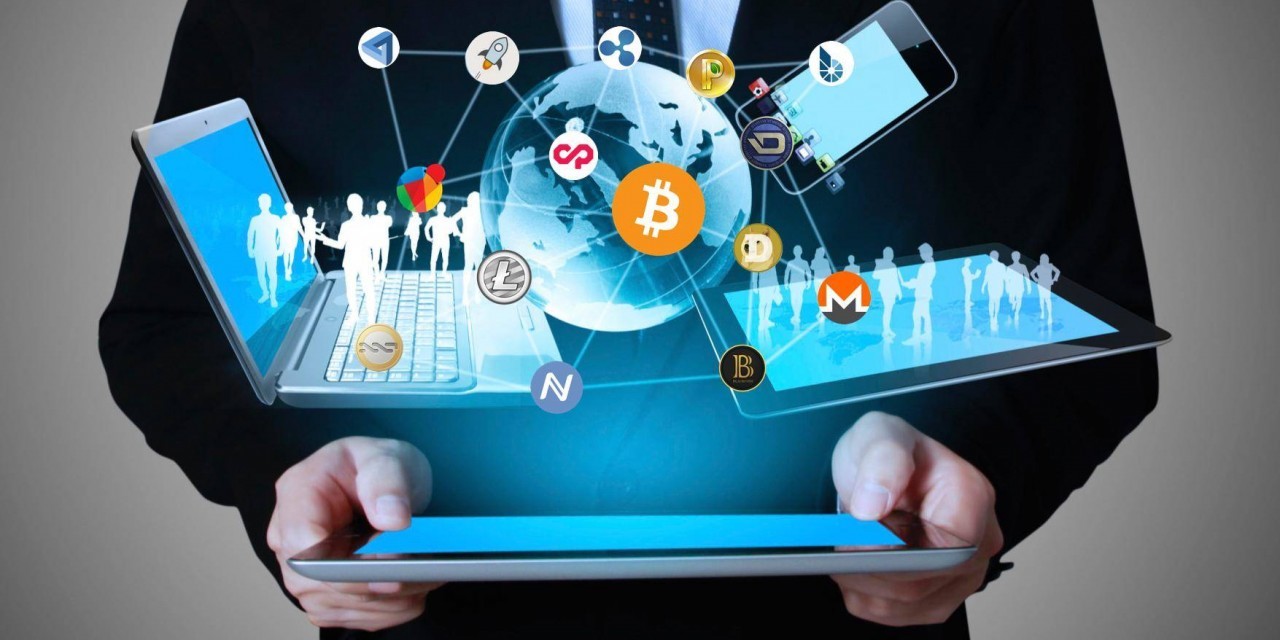 Let me start off with not so good news… the current downtrend in the Cryptos continues unabated, although Bitcoin does seem to be holding off the support around $5800 pretty well so far as BTC dominance climbs to over 56% to its highest level since December 2017. Most of the red we are seeing is in the Ethereum led Alt.coins. Also, ETN (Exchange traded note) being traded on the Swedish Nasdaq exchange was halted by SEC citing “confusion” concern of it being treated as an ETF. Needless to say, it contributed towards the creation of unnecessary FUD. Let’s put all this noise on the back burner & move on to the some of the new & innovative Crypto assets launched recently…

All the fiat currencies & most of the digital currencies which don’t have a fixed supply eventually contribute towards the inflation (or deflation) corresponding to the economic cycles (bullish or bearish) in the ecosystem, but 2018 saw an emergence of another of another category of digital assets called the HDMS (Hyper Deflationary Monetary System) coins. The inbuilt mechanism of these Cryptocurrencies supports protocols whose implementation induces scarcity, thus putting an upward pressure on the real value of the coin. It’s simply a demand-supply equation, where reduced supply increases the demand causing the price of underlying asset to appreciate. Since price volatility (especially the drops) has been such an ongoing issue with the majority of the Cryptos, these utility driven HDMS coins are bound to gain more attention in the coming weeks & months.

One such project that has been launched with keeping the HDMS utility in mind is the OPTI (OptiToken). It will be interesting to see the mechanism of deflationary tokenomics playing out in this coin in the coming months as the project unravels. The token was launched on the BTC-Alpha exchange last month and was one of the biggest gainers among the coins for a number of days. The team has announced that spontaneous “Buy cycles” like the one introduced at the beginning of the trading (450% gain) will be executed to implement the HDMS mechanism. As per the white paper of the project:

“100% of the tokens bought back will be sent to a provably unspendable address
that can be verified transparently. OptiToken will be the first project to use this
strategy for the purpose of raising value for adopters. It will in effect be the
first hyper-deflationary currency in history.”

Another interesting project (a self-funded nonprofit), launched a few months ago is an invite-only Cryptocurrency called Merit (MRT), which aims to become the friendliest digital currency. A digital currency which can work seamlessly on different communication channels – Email, Chat, SMS etc. It sounds a little contradicting when you are invite-only project, yet claiming to aim for widespread adoption. As per the team, the limited intake as a result of this feature is intended to create extra friction & thus act as a security feature for building a safer community. So how this works basically is 50% of the reward goes to the Proof-of-Work miners just like any other Cryptocurrency, and the rest is awarded to “friendly community of users” employing the Pachira Tree algorithm – distributing rewards based on the contribution of users to the network. The invites are spread through through the current members of the community to their friends & the chain continues. Merit has also created a localized vault for its community so that they don’t have to depend on third-party vendors for the safety & security of their digital assets. Listing of Merit on a digital exchange is the next big step.

And while Goldman Sachs dropped the much-touted plan for opening a trading desk for Cryptocurrencies, another American banking giant, Citibank, has come up with an ingenious plan for institutional investors to indirectly invest in Crypto assets. The model is based on American Depositary Receipts (ADR) – a security in use since the 1920s by the bank to let investors trade foreign securities which are not available on the domestic exchanges. The Digital Asset Receipt (DAR) will work much like the ADR with the exception that the foreign security will be a Crypto asset instead of a stock or bond which will be held by a custodian & the DAR will be issued by Citibank thus providing legitimacy to the whole process. No timeframe has been provided as yet for the rollout.

Stable coins have received mixed reviews from Crypto commentators & users ever since their inception. Tether (USDT) – the flagship of this project has been embroiled in one controversy after the other, but now we are adding a new dimension to this market with the introduction of World’s First regulated stable coins, being launched in U.S. backed by the New York Department of Financial Services (NYDFS). The first one is the Gemini Dollar, which will be backed by the US Dollars (1:1) held at a bank, ERC 20 compatible & liable to FDIC (Federal Deposit Insurance Corporation) laws & limitations. Gemini Dollar is the brainchild of the Winklevoss twins whose 3 applications for a Bitcoin ETF have been rejected earlier. Trading in Gemini Dollar has already begun. The second regulated stablecoin is called Paxos Standard (PAX) launched by a blockchain trust company called PAXOS with the same technical specification as Gemini Dollar. Investors using the itBit can swap their Crypto assets with PAX instantly.

And while the price action in Cryptos paints a bleak picture, regulatory approvals of innovative products like these provides legitimacy to this rapidly evolving digital asset class. There is always light at the end of the tunnel.

Faisal Khan Faisal is based in Canada with a background in Finance/Economics & Computers. He has been actively trading FOREX for the past 11 years. Faisal is also an active Stocks trader with a passion for everything Crypto. His enthusiasm & interest in learning new technologies has turned him into an avid Crypto/Blockchain & Fintech enthusiast. Currently working for a Mobile platform called Tradelike as the Senior Technical Analyst. His interest for writing has stayed with him all his life ever since started the first Internet magazine of Pakistan in 1998. He blogs regularly on Financial markets, trading strategies & Cryptocurrencies. Loves to travel.
« Blockchain and Data Storage: 3 Promising Projects
Concept of Metadata & Differential privacy »