Looking Toward Virtual Reality’s Past For Clues About Its Future 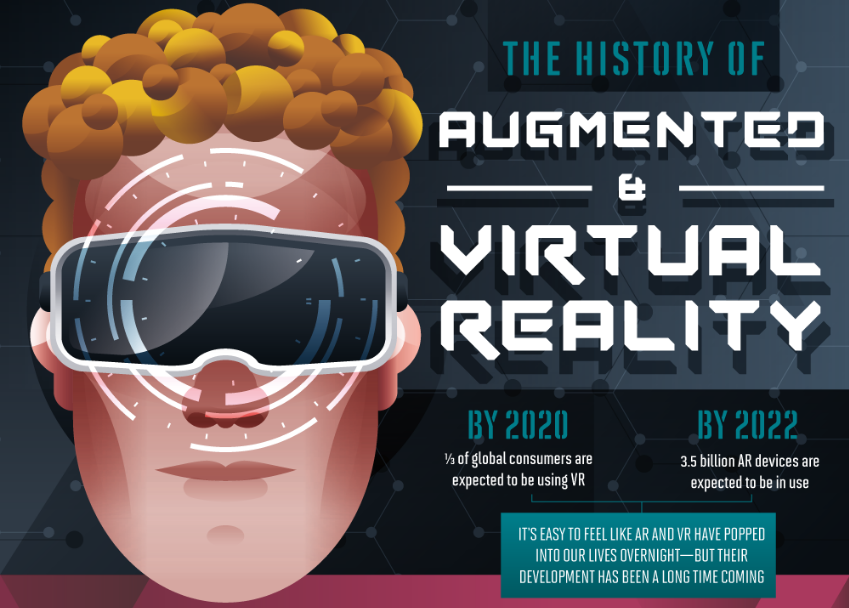 By 2020, less than two years from now, one-third of global consumers are expected to be using VR. From the long anticipated Oculus Rift to the HTC Vive to Google Cardboard, today the options seem nearly endless. But these advancements didn’t come overnight, regardless of the hype.

In 1891, scientists and inventors Thomas Edison and William Dickson unveiled their Kinetoscope. Relying on film, lightbulbs, and forward thinking, viewers were able to see moving images at 46 frames per second through a tiny peephole. One of the first ever iterations of virtual reality technology, countless developments compounded off of this very same idea. By the 1960s, cinematographer and VR pioneer Morton Heilig became a big name. Introducing designs that were truly ahead of their time, capturing ideas that would take years for technology to catch up, and making VR an accessible option in entertainment for the first time, his inventions pushed VR into the modern era we know today. His Telesphere Mask was the first ever head-mounted display, or HMD and resembles the high tech options available today. Using stereoscopic technology, 3d imagery, widescreen vision, and incorporating sound for the first time, this piece of tech became the most immersive VR experience yet.

It may be easy to thank modern computing power and advancements for the surge of innovation, but that tech behind your Oculus Rift was a long time coming. Take a look at this infographic for more on the history of AR/VR capabilities, how its early developments shaped the tech we have today, and what we can expect for the future of virtual reality.