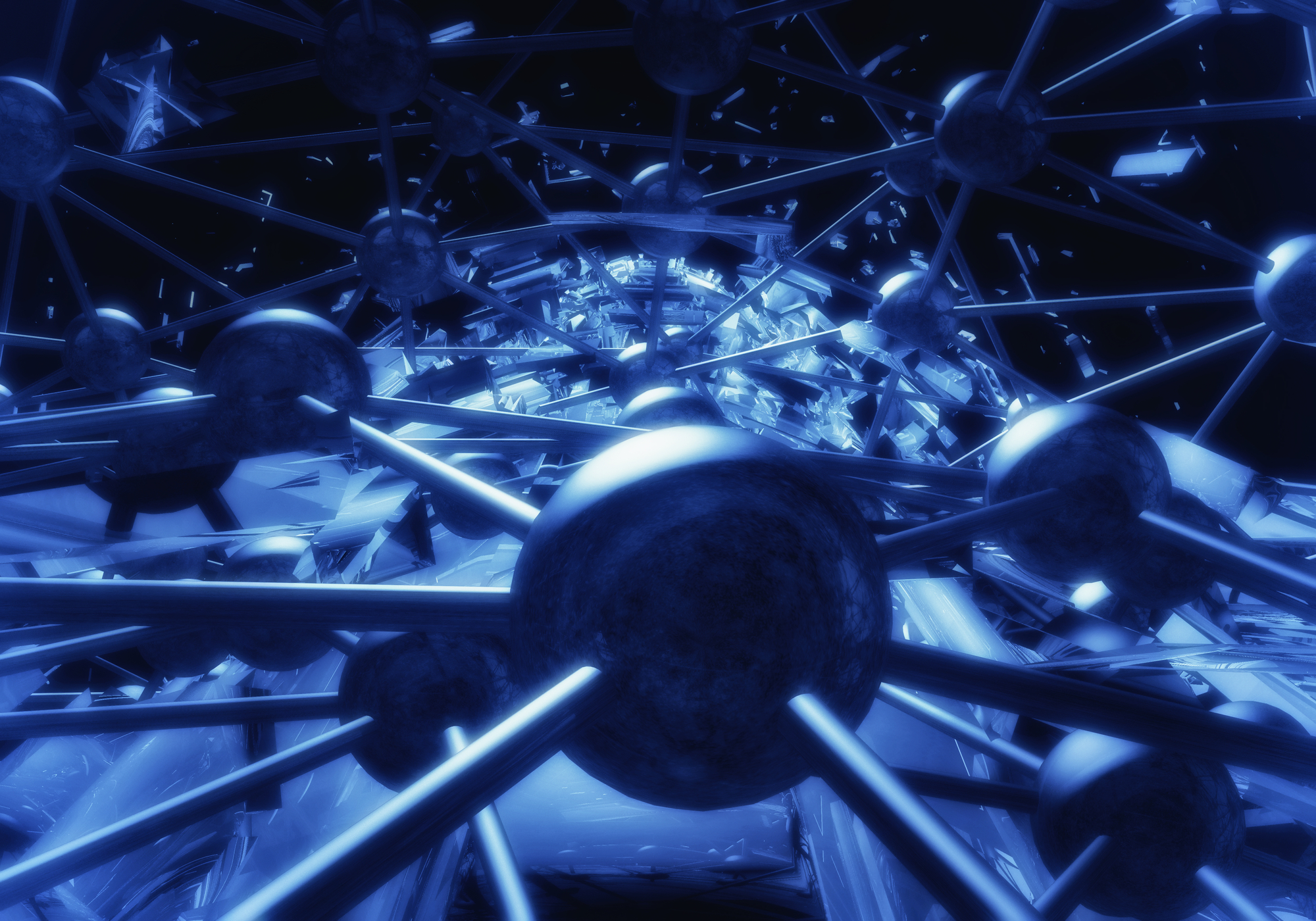 When asked in 1997 to single out some of the biggest challenges facing modern businesses, Tom Peters and Robert Waterman, authors of “In Search of Excellence”, both placed ‘decentralization’ as one of the toughest challenges.

“After 50 (combined) years of watching organizations thrive and shrivel, we two held to one…and only one…basic belief,” Peters declared, “to loosen the reins, to allow a thousand flowers to bloom and a hundred schools to contend, is the best way to sustain vigor in perilous, gyrating times. It’s an old idea and yet it remains new, mostly because we still haven’t figured out how to make it work.”

With the emergence of blockchain technology and the many possibilities that come with it, perhaps we are now finally close to seeing the potential of decentralized processes in our society.

More notably, it’s worth pondering whether natural systems share a proclivity toward decentralization. In other words, is decentralization favored by merely business processes, or also by our mother nature as a whole?

Does decentralization occur in natural systems, and present itself along the path of our evolution?

Not that these questions will silence any critics or help us design better blockchain solutions, but that it certainly helps us put these topics in better perspectives.

With better perspectives, we tend to see a natural progression of how things should develop on their own accord.

A Brief History of Decentralization

Peters was not wrong when he said that decentralization is “an old idea”.

Indeed, it has delivered unequivocal successes on many occasions. The American chemicals company Du Pont, for instance, was widely lauded in the 1920s for decentralizing its R&D activities as a way to align researchers more closely with individual plant managers. The move enabled Du Pont to eventually create a new operating division and diversify its business.

Over in the banking world, major Swedish lender Handelsbanken successfully shifted to a decentralized model back in the 1970s under its then-CEO – and celebrated decentralization proponent – Jan Wallander. Handelsbanken has since developed several groundbreaking concepts with respect to decentralization, such as its “the bank is the branch” ethos which provides unprecedented autonomy to individual branch managers for making lending decisions; and the Church Spire Principle which asserts that one “should not conduct banking operations over an area larger than can be seen from the top of a church spire”.

And by the turn of the millennium, it was the likes of BitTorrent and Limewire that were offering its users an innovative, decentralized approach to data storage and file sharing. Instead of downloading files from a centralized server, users could instead share them between their network peers.

While the above cases demonstrated excellent use cases, decentralization had been much overshadowed by centralized structures in terms of proliferation and popularity.

From business models to governments to monetary systems to societal organizations – centralized authority remains the de facto standard. It would seem that Tom Peters’ assertions 20 years ago are true, that we still haven’t figured out how to make decentralization work…

Why Bother to Decentralize?

With the emergence of blockchain, we are now ushering in a technology that utilizes decentralization at its very core.

With Bitcoin, for example, transactions are only validated once a decentralized network of nodes can reach a consensus. This means that we don’t need a central authority to control and manage the monetary system, unlike with fiat currencies and central banks.

Ethereum goes one step further by facilitating the building of decentralized applications on its blockchain. Using smart contracts built on Ethereum, Decentralized Autonomous Organizations (DAO) may one day seriously challenge the dominance of rigid hierarchies that characterize centralized structures.

In terms of determining the nature of decentralization within a system, then, Buterin suggests it will contain a combination of some or all of the above types:

Alternative Ways to Look at Decentralization

To appreciate decentralization from a contextual perspective, Buterin’s characterization is thought-provoking.

To figure out the why’s of decentralization, though, we might want to extend our inquiry into the functional aspects of the system in question.

In the context of a biological system, is decentralization tied to an organism’s chance of survival? Does it coincide with our evolutionary footprints? Does nature favor a decentralized process in maintaining life? (more on this below)

From a natural system’s viewpoint, does decentralization lead to a system that is more antifragile – a concept made popular by Nassim Taleb in his book. A version of an antifragile system consists of many simple subprocesses, that when operating simultaneously, allow not just higher resiliency of the overall system, but also thrive better, under stress and disorder.

Centralization as an Anomaly

In terms of figuring out ‘how to make decentralization work’, as Tom Peters wondered, it seems worthwhile to explore whether we as humans actually function better with decentralized processes.

When we consider our own evolution as a species, I believe decentralization, rather than centralization, coincides with how living organisms are made to function optimally.

It was no accident that Peters described the decentralizing process as allowing “a thousand flowers to bloom”. Many see decentralization as being a more natural, organic way for things to develop than centralization.

Within the human body, for examples, decentralization is often associated with healthy biological systems, while centralization leads to damage or accumulated excesses (e.g. tumors).

Take our network of blood vessels and capillaries. They constitute a highly decentralized system that enables blood to transport vital nutrients among individual cells and throughout our internal network, supporting healthy functioning of our internal organs.

But a condition known as Arterio-Venous Malformations (AVMs), which are clumps of abnormal blood vessels that usually form in the brain and starve it of vital nutrients, for instance, represent a shift towards a potentially damaging state of centralization.

As described in Neil Johnson’s Simply Complexity: A Clear Guide to Complexity Theory, AVMs “may start acting like a new city center through which blood may prefer to flow, instead of taking its normal route through the brain’s elaborate collection of very small capillaries.”

Within our bodies, the circulatory system remains healthy when decentralized blood flow is maintained, but abnormalities set in once blood vessels become centralized.

Would you prefer decentralized blood flow, or centralized one? Odd question while it seems, the latter just sounds awful to imagine.

Could our complex internal workings have pertinent implications for which types of systems work in the real world, and which don’t, in terms of promoting a healthy system overall? After all, we are a highly evolved species, we can take much from how and why our biological mechanisms have evolved in the manners in which they have.

But in examining our natural processes, it does not necessarily mean we can discount centralization. On the contrary, it has become the de facto model for organizational structures that the world has operated with.

But why is this the case?

Control? Greed? Or our lust for power?

The idea that if you work hard you will justifiably reap greater rewards and more importance within the system?

It is worth acknowledging that we have been at war with each other since time immemorial, invariably for achieving supremacy of resource ownership amongst our species.

Natural selection, after all, is just as firmly rooted in biology as the workings of our internal blood vessels.

And when taking a snapshot of the world today, the accumulation of power in some parts strongly suggest that we remain predisposed towards hierarchical power structures – ones that seem antithetical to decentralization.

Perhaps the ideal paradigm is ultimately a two-stage process, one that evolves as an entity’s scope of operation widens.

Firstly, the establishment of a central authority (with a narrow/focused scope) that uses its resources to build and guide its initial evolution, according to a distinct vision.

Over time, decentralization takes over as the authority’s scope widens and the need to maximize its chance of survival by developing multiple decentralized supporting subprocesses (i.e. diversification leads to decentralization) becomes apparent.

As Du Pont realized almost 100 years ago, when the need to diversify the business presents itself, a consequential need will arise for subsystems to develop and evolve. And to strengthen the likelihood that a diversified system can flourish, the answer more often than not will be to decentralize.

It is also worth remembering that the very definition of decentralization is “the process of distributing power away from the center of an organization”. In other words, there first has to exist a “head office” before its authority can be taken away. And it will also relieve pressure on that central entity, who will no longer bear the responsibility of being the system’s single (and central) point of failure.

Another interpretation is that decentralization seems to be a more evolved next step when compared to centralization.

Where does it all end?

But there doesn’t appear to be a limit to how much decentralization can take place – and how much authority can be redistributed. Could this be a problem? As we discussed in a recent article, many cryptocurrencies continue to retain some form of centralization – usually through the consensus process, the decision-making, or the token distribution – which takes us away from the decentralized paradigm that many are seeking.

The complete abandonment of authority and control centers, such that those who possess experience and knowledge within the system are treated exactly the same as those who don’t? is this really desirable? Such questions need to be addressed to determine the extent of decentralization that should arise within a system, and what fail-safe mechanisms can/should be employed, if any.

Even in the case of the human body’s circulatory system, the heart is the control center and performs the most important functions. And with highly decentralized business organizations such as Handelsbanken, research shows the importance of “a strong role for technocratic controls and organizational structure,” as well as “the role of trust in experience-based advice-giving from superiors to subordinates.”

These are tricky issues to consider. But if we can examine ourselves more as a collective, what makes us function at a molecular level, our desires and imperfections, and what it is we truly seek – whether perceived to be objectively good or bad – we may well find more answers to the critical role played by either centralization or decentralization in nature.

The short answer is: how we perceive the scope of our operation relative to the bigger framework. The more elaborate answer – how we evaluate the relative importance of various scopes and functionalities of what we represent that underlie our very existence.

For certain, it will force us to think and re-think the purposes of everything. We will be closer to figuring out “how to make it (decentralization) work.”

Dr Justin Chan Dr Chan founded DataDrivenInvestor.com (DDI) and is the CEO for JCube Capital Partners. Specialized in strategy development, alternative data analytics and behavioral finance, Dr Chan also has extensive experience in investment management and financial services industries. Prior to forming JCube and DDI, Dr Chan served in the capacity of strategy development in multiple hedge funds, fintech companies, and also served as a senior quantitative strategist at GMO. A published author at professional journals in finance, Dr. Chan holds a Ph.D. degree in finance from UCLA.
« October Effect gripping the Financial markets yet again?
Tomorrow’s Work Will ‘Feel Like Part of Our Lives’ »