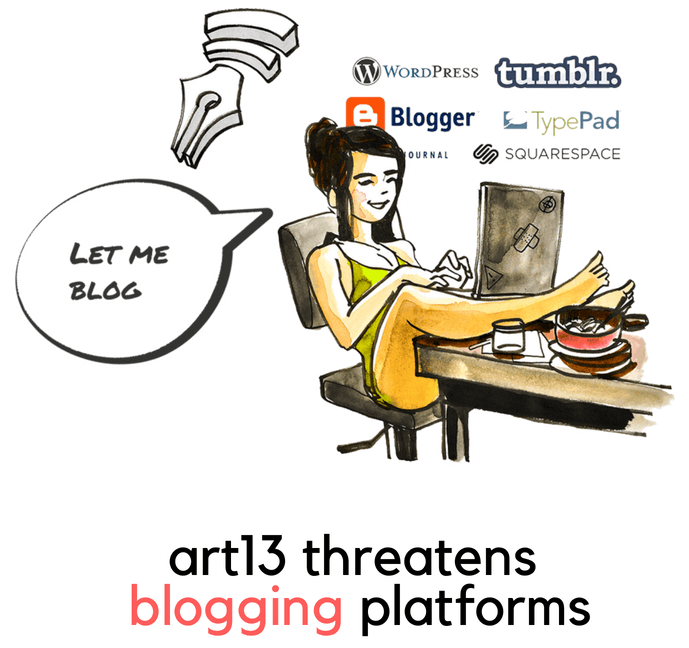 The Copyright Law that is about more than just “Meme-Control”.

Let’s unpack this subject in a manner that we can all comprehend, since I’m sure we’re not all lawyers and copyright specialists; we’re creators.

Hence, I’ll keep the language simple — and try my best at wrapping my thoughts around the EU’s proposed Copyright regulation act,

How it affects the Platforms (Medium) and Creators (Writers).

What is the EU’s proposed Copyright Regulation Plan, also known as Article 13?

First and foremost, Article 13 in its full definitive term is namely “The European Union Directive on Copyright in the Digital Single Market”.

Simply put, the proposed copyright regulation plan extends to the growing Internet culture and the platforms onto which creators publish their work.

In theory, as a creator — for what used to be known as “Artistic Freedom” or “Creative Leeway”, examples being Parody, Satire, Musical Covers, Sampling, Sharing Links to other sources or creators, Citing examples from other platforms or publishers, and so forth.

It places the responsibility directly on the “Platforms” and not the “Creators”, meaning in theory — Medium and platforms such as YouTube and Twitter could be held financially and legally responsible for articles that we may publish where a copyright infringement occurs.

Let me give you a practical example, I use videos from other creators in my articles to give context or provide a visual example and at times I even provide music links for readers to enjoy whilst they browse through my work.

Simple enough, but — if the work is of another creator or publisher, Medium or any other platform such as YouTube, Twitter, and Facebook, will be financially liable for copyright infringement, and hence be forced or block access to the article entirely.

Hence, leading the “Platforms” to enforce strict regulation to remove any and all material which may infringe on the copyrights of another creator, even if it is for non-monetary purposes; an example being a “Non Partner Program or Unlocked Story”. 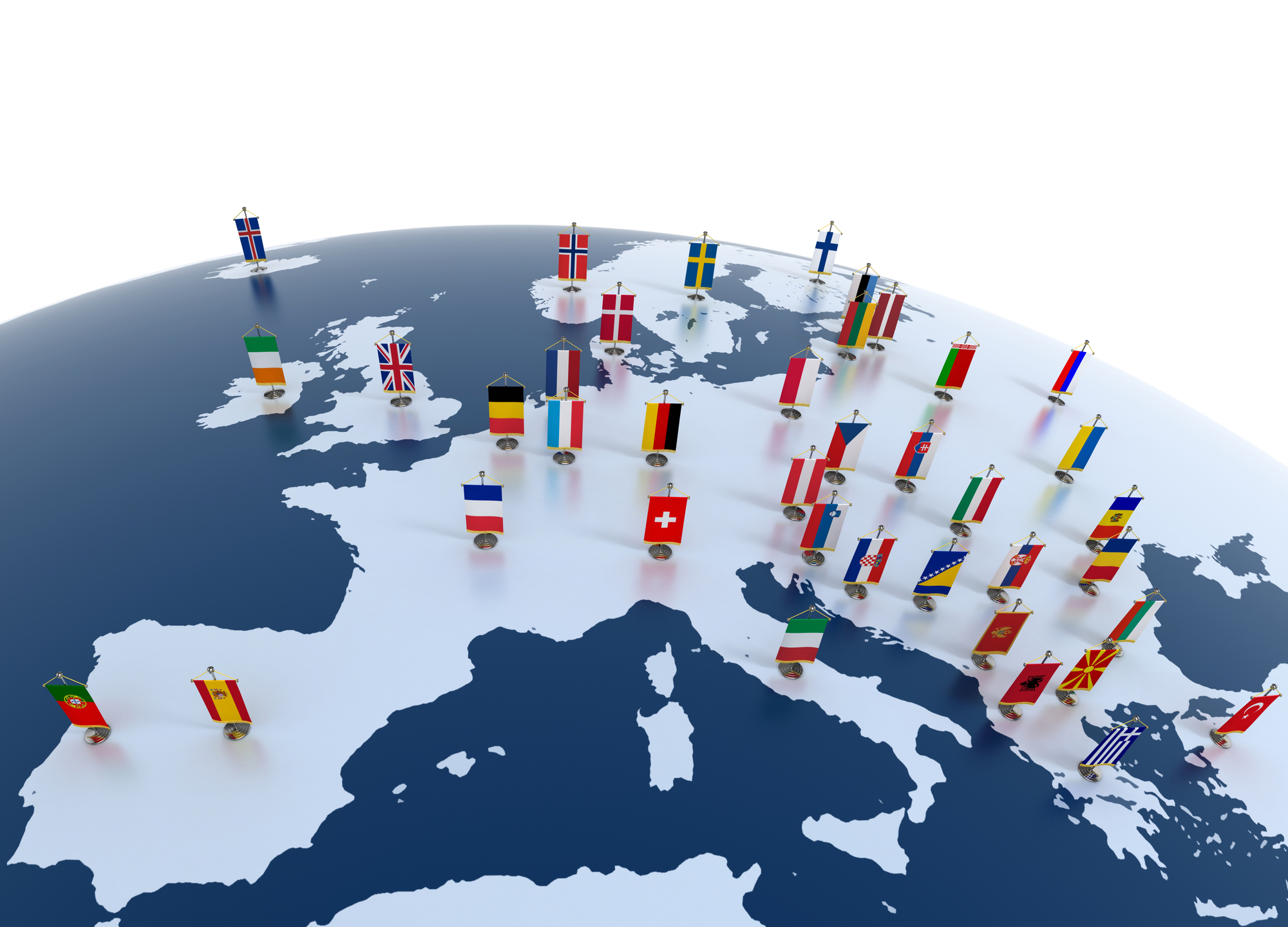 Meaning, the act will prevent an Individual from even sharing work amongst others without the explicit permission of the “Creator” — ranging from News Links to Internet Memes.

Let’s look at this article.

It’s one that I wrote, one that I will admit would not be complete without the visual references; but according to Article 13 it is a direct violation of the proposed Article 13 and hence “Medium” can be held accountable for the actions of a “Creator” with a financial penalty, unless they remove the article entirely for the audience within the European Union.

Does this mean all my work will get taken down? No.

The grey-area being that if it is being accessed within the European Union, my work simply cannot be published or viewed.

Moving forth, let’s say you find a piece of a news article or a great photograph and wish to cite it within your article as a precedent or an example; one that you feel is necessary. According to Article 13, it makes it impossible to do so without the permission of the creator and its publisher.

Meaning, you would require “Permission” (Which could either be denied or take months for approval) to be able to cite the article from another publisher.

Is there a good side to this act?

As a “Creator” on Medium, your work cannot be shared without permission either.

Quid pro quo, if an individual finds your article over on Medium and finds it “Share Worthy”; the simply cannot post it without your explicit permission on Twitter or Facebook, or any other platform of their choosing.

Is that a good thing? I think not.

Here’s why; I’ve had articles shared on Twitter largely because “one” individual discovered it, found it interesting, shared it, and it led to a larger viewership being draw to my work.

It’s how we all share our work, news, and information amongst one another.

Hence in theory, I do benefit from people sharing my work.

According to Article 13, Twitter would be financially liable if a user decided to “Tweet” a link to my article.

Limiting the access individuals have to it, and have it removed entirely from view.

Under Article 13, I possible would not be able to share the link I am about to below, but since I can’t simply explain it any better than the CEO of YouTube Susan Wojcicki — I’ll simply just link her statement on Article 13 here.

What about the “Viewers” and the “Audience”?

Alright, to get into the gist of things; let’s just keep using examples because I find them to be more explanatory than a worded descriptions in this particular scenario.

Let’s take one of my favourite entertainment channels on YouTube, which would be demolished under the EU’s Article 13 Copyright Act.

I love movies, I love video essays, they’re arguable one my favourite pieces of entertainment and education.

In my honest opinion, no other individual puts out phenomenal video essays such as Nerdwriter.

Now imagine watching the same clip, except with the video removed completely and leaving only Nerdwriter’s narration.

It would be as though one is listening to a commentator describing an Elephant.

It simply would not make sense, to say the least — it would also take away Nerdwriter’s artistic freedom to be able to publish his phenomenal pieces of Film Analysis and Video Essays; which are a deep source of entertainment and inspiration to me.

It would also guillotine the access European audience has to his or our work.

Does Article 13 apply only within the European Union? Yes (and no).

Meaning that strict financial losses for Platforms will simply make it financially unsustainable to regulate or publish content.

It will also revoke the “Audience’s” right to access content, regulating the information they have access to making it seemingly quite effortless in an authoritative manner to “Limit” the ability of the individuals living within the European Union to access Information.

Hence, establishing a broader control over what is and isn’t accessible to the individuals living in the European Union.

As a Creator, An Entertainer, A Reader, An Artist, or simply a Content Consumer I implore that we take Article 13 seriously and the threat it poses to our Freedom of Expression and the Platforms which allow us to continue to do so.

How we can help,

Thank you for reading. 🙂

Nabeel is a research analyst and CEO of Honeycomb, a private investment consultation business, which is based out of both the U.A.E. and Pakistan. Previous he worked in the academic research field at the University of New South Wales in Sydney, Australia, where he completed his research doctorate in Cyber/Computer Forensics and Counterterrorism.
« Forget about Oil, Water is the future.
Good Talk Yields Good Profits »