Will an ETF Transform Bitcoin like it did in Gold? 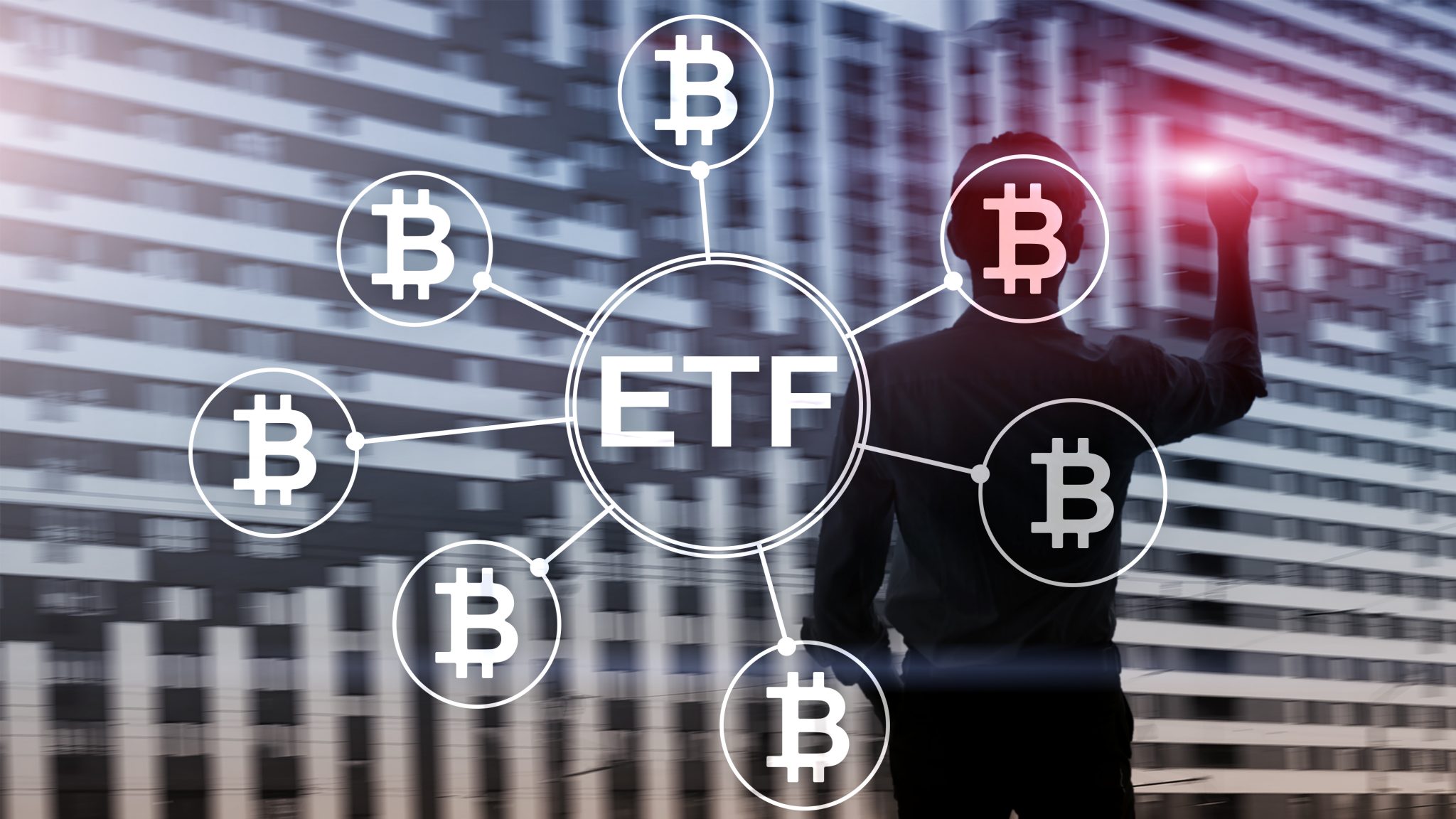 March 28th 2003. That was the date the world’s first gold exchange-traded fund (ETF), ETFS Physical Gold (GOLD), made its entrance on the world stage. Around 18 months later, the largest and most renowned physically-backed gold ETF, SPDR Gold Trust (GLD), was up and running. From then on, things had been never the same again…

During the 15 or so years since their introduction, ETFs have had a seismic impact on the gold market. Even simply in terms of price, an ounce of the yellow metal was valued at around $330 when GOLD first launched. Today, it’s well over $1200, having very nearly breached $1800 back in 2011. 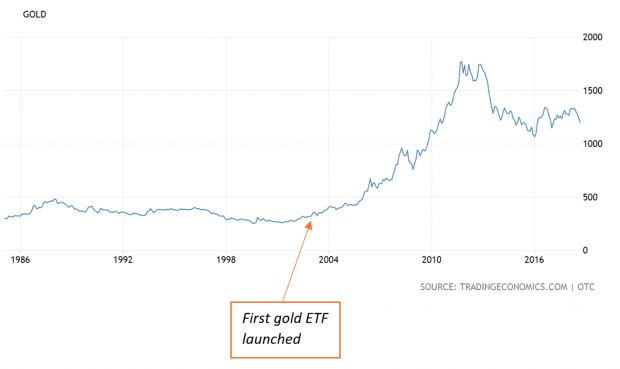 Of course, other factors contributed to gold’s unprecedented surge during that time, not least the China-driven commodities super cycle of the 2000s. But few would argue that the ETF wasn’t a game-changer for the gold and precious metals markets, as money flooded into exchange-traded products during the latter half of the 2000s. Indeed, GLD soon became one of the world’s biggest funds in terms of the value of assets managed, surpassing the $75 billion mark for a brief period of time, while globally, gold ETFs managed to exceed $150 billion in total value around the same time. 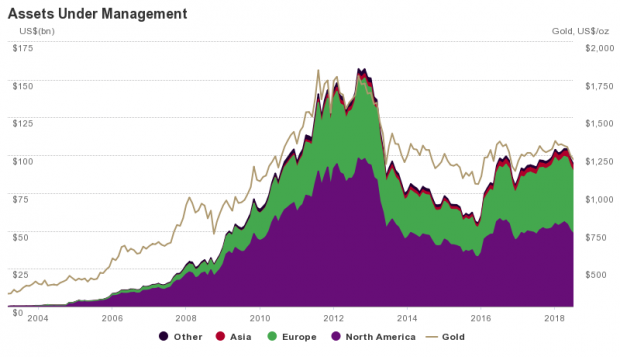 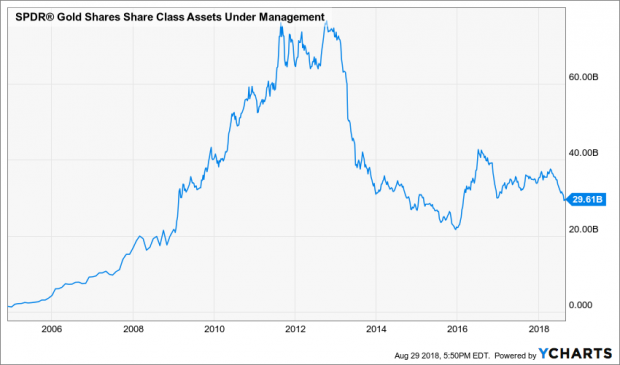 It now seems likely that, despite recent resistance from regulators, a Bitcoin ETF will come into effect at some stage. And that means everyone is now wondering whether such a product will be able to do for Bitcoin what it has done for gold. As GLD and other gold-backed ETFs changed the market by giving investors easier access to the precious metal, will a Bitcoin ETF similarly improve accessibility for those who are keen to gain exposure to the cryptocurrency space?

We have previously discussed whether Bitcoin can be considered an effective substitute for gold. Given the digital currency’s short lifespan to date compared to that of the precious metal, however, I’d say the jury is still out on that. But looking at their undeniable similarities – a fixed and finite supply that’s ‘mined’, functioning as a potential store of value, and having almost complete independence from central banks and government decree – surely their respective ETFs should also behave similarly?

Well, yes and no… 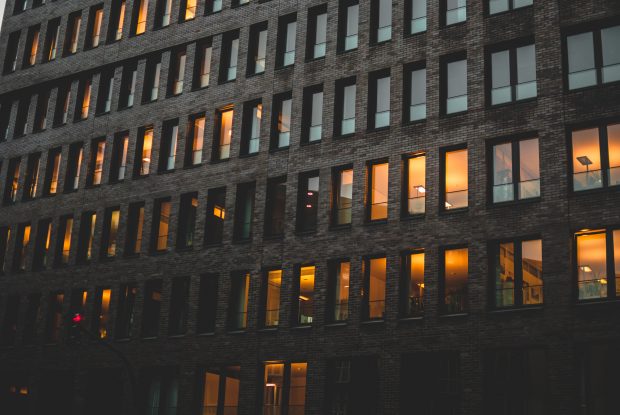 The appeal of gold ETFs has much to do with their convenience vis-à-vis trading physical bullion. By participating in a fund, gaining exposure to gold all of a sudden becomes as easy as buying shares. In fact, you are buying shares of ownership of an investment trust – in GLD’s case, the trust holds physical gold bars in the London vaults of its custodian, HSBC Bank. The ETF then trades on an exchange like an ordinary stock and is bought and sold in the form of shares.

Similar benefits may ultimately transpire for Bitcoin ETFs, if/when approved. A Bitcoin ETF is likely to sell shares in a reserve of Bitcoin that will be similarly held under custody. So, you will be able to buy it as a stock through a regular brokerage account. And that means you don’t need to go through the process of setting up your own wallet to buy and safeguard physical bitcoins yourself.

A gold ETF also enables investors to ignore the many challenges associated with purchasing bullion, such as storage, delivery, and insurance. As such, ETFs are considered a more convenient and cost-effective solution for investors wishing to include gold in their portfolios. A Bitcoin ETF will be alike in this regard – investors won’t have to deal with the risks and/or costs related to opening accounts on exchanges to purchase the currency – exchanges that seem increasingly vulnerable to being hacked. Nor will they have to deal with the complexities of private keys/addresses or Bitcoin storage. These are complexities that have seen many bitcoins being lost, stolen or otherwise rendered obsolete to the investor.

And as is the case with gold ETFs, a Bitcoin ETF won’t give you ownership of the underlying asset. Instead, it will provide exposure to Bitcoin price movements, so you have the flexibility of potentially being able to make money from the digital currency without actually having to worry about owning it.

It is no secret that cryptocurrencies have struggled to overcome credibility issues in the eyes of asset managers. Scams, hacks, fees and storage risks continue to keep institutional investors averse to holding Bitcoin, much in the same way storage and delivery issues have kept gold investors away from holding the physical metal. An ETF can change all that. 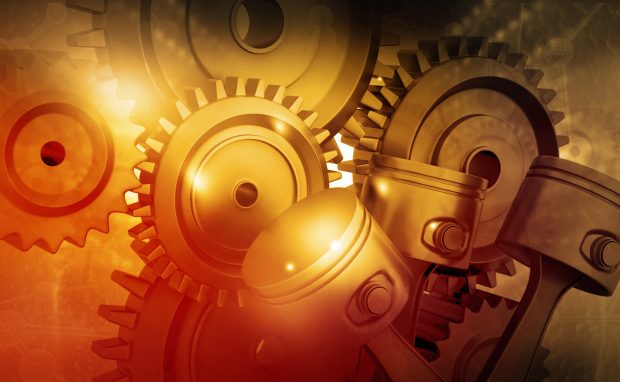 For Better or Worse…

Of course, it should also be mentioned that the negatives of investing in gold ETFs are also likely to apply to Bitcoin ETFs. For instance, because you don’t actually own the physical gold and are instead buying shares from the trustee, this gives rise to counterparty risk whereby a failure on the part of the trustee and/or custodian could jeopardize your ability for recourse against incurred losses. The same danger will emerge for Bitcoin ETF investors.

Settlement of any claims you make during, say, a financial meltdown, would most likely be in cash, meaning that you would not have any gold returned to you. Again, Bitcoin ETFs would operate in the same manner as their gold peers under such a scenario – you would not receive any bitcoins upon a claim.

The potential for divergence

Arguably, the biggest difference between gold and Bitcoin in terms of what they offer investors is that gold is predominantly in demand due to its proven qualities as a safe haven instrument. It often protects investors during times of market uncertainty, and when other asset classes take a nosedive. But so far, it remains to be seen whether Bitcoin can function as effectively as a safe haven asset.

Given this discrepancy, the question then arises of how much of gold’s global ETF holdings exist for safe haven purposes, and how much is purely for speculation? If it is the former that dominates, then Bitcoin may not see such a spectacular transformation from the creation of an ETF, given its lack of safe haven qualities. After all, last decade’s AUM surge for gold ETFs began at the same time as the financial crisis of 2007-09, a period when gold was being distinctly sought out as a safe haven while stocks, bonds and everything else were crashing.

Of course, in terms of convenience, a Bitcoin ETF does have its own set of advantages, but it remains to be seen whether they will be sufficient in effecting a profound switch in the same manner as experienced by gold during the second half of the 2000s. 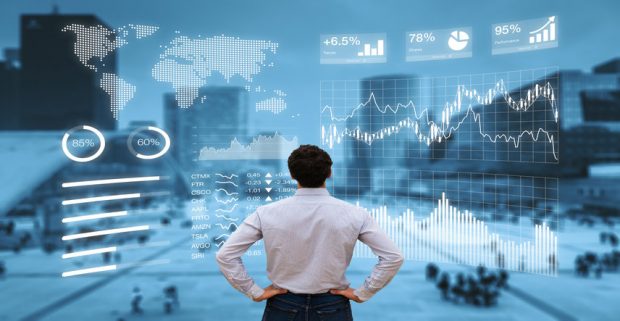 The SEC recently rejected two ETFs filed by ProShares that would have tracked Bitcoin futures contracts approved last year by the Commodity Futures Trading Commission. But should a futures-based ETF eventually be approved, they may differ markedly from gold futures-based ETFs such as DGL, the Invesco DB Gold Fund. Indeed, the Bitcoin futures ETF may well be better received in the end…

The price difference reflects the buyer’s preference to pay a premium for gold in the future rather than having to pay for the storage, insurance and delivery costs associated with buying it today. Rolling the futures contract in a contango situation ultimately means selling the cheaper near-dated contract to buy the more expensive one. So, a futures market in contango can cost the ETF investor a considerable amount to roll from one contract to the next.

But given the lack of a physical underlying commodity, an ETF based on Bitcoin futures won’t suffer from this problem of consistent contango. And ultimately, such a product may end up proving much less expensive – and thus, much more popular – than a gold/commodity futures-based ETF.

But as of now, the SEC is not going ahead with such a proposal because current bitcoin futures trading volumes “may not currently be sufficient to support ETPs seeking 100% long or short exposure to Bitcoin.” So, it would appear that the immediate challenge is to boost liquidity in Bitcoin futures before we can move forward.