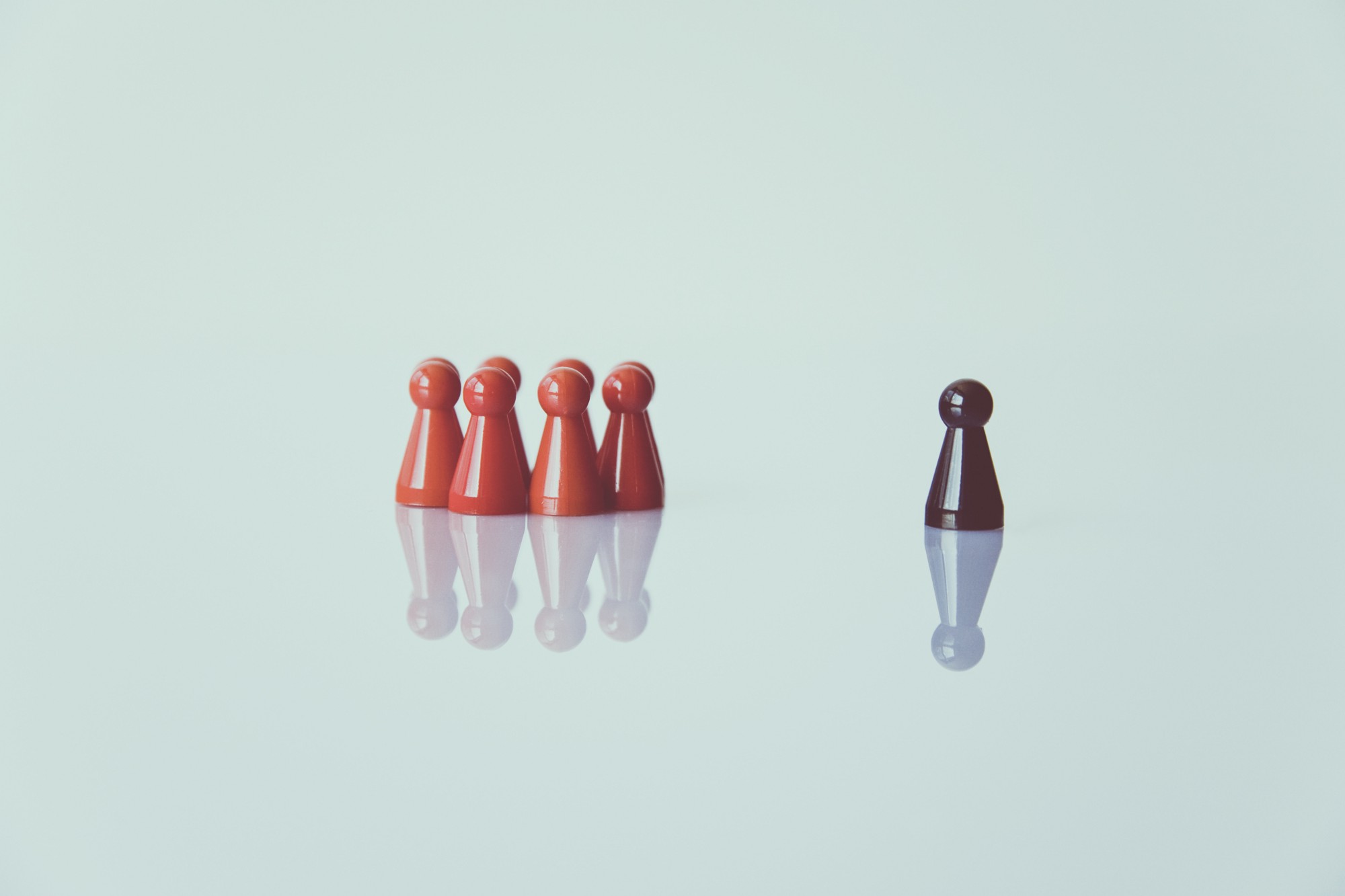 Believing what you say, without acknowledgement or remorse in the case of misguided opinions; leads to a brittle foundation constructed upon a tainted sense of fortitude.

Belittling others, without research or understanding, is the catalyst for further hatred and dismissiveness.

The world has no time for mediocrity.

Admitting wrong doing, is the first step to conquering fulfilment and change.

Imposing “fear” through projection of lies, will crumble the very consciousness of your self-worth; it’s a brittle and hollow ego, it won’t last long.

Soon it will be exposed, and as transparent and empty — it’ll be on display for as the epitome of insanity.

Great leaders, regardless of their identity (Race, Religion, Culture, Sexuality, and so forth) — the ones visible on the outer shell, own up to their mistakes.

It does not lower or diminish one’s place in society, rather it displays a sense of a fulfilled human soul; who is not afraid to admit when they are wrong.

History will show, for itself — the individuals who were fully willing to let their vulnerable selves be put on display; earned the highest regard.

It’s a feeling of reliability and humanity, one that resonates with your surrounding.

We’ll all be wrong on something or the other, but never acknowledging it and believing to always be correct will result in failure — you’ll find this false sense of authority, seeping its way into your misguided appreciation for your beliefs.

True courage, is when we can admit we aren’t always right — keeping an open mind, we continue on your journey; discovering the world through a curious mind.

Allowing our consciousness to evolve and take shape, through acknowledgement and positive change.

We often attempt to bury out past, pretend it never happened — we try to move in hopes that it won’t come back to haunt us someday.

Too often we forget the past entirely, failing to acknowledge its very existence; creating a false narrative to suit a better standard, one we find fitting for our current society.

Think of why Germany has signs, reminders, to this very day — fixations of the horrible consequences of World War II.

It’s a reminder, that the mistakes once made — shall never again be repeated.

It’s a reminder, that for the mistake was made — despite how inhumane it was in its very nature and how morally corrupted the atrocities of a genocide laid down in the name of “war”; we must acknowledge it happened, in order to preserve the future in remembrance, we must never forget, and as such be taught as a reminder to the future generations of the horrors of our ancestors.

We only evolve and learn to be better by learning from the past, not burying it.

Think of Pablo Escobar, arguably one of the most ruthless and corrupt individuals who committed blood-shed in his pursuit of maintaining his drug empire through violence and brutality.

Now look at his Son, did he follow along the same path his father did?

He did not, a child who once swore revenge grew older and realised the “Sins of His Father”, promising to never be like him — he pursued Architecture.

Though the name has changed, the son’s journey in pursuit of his father actions to be remedied — he attempts to make peace with the country and its people, his father destroyed.

In his pursuit, finding his own legacy as an Architect; he was no longer Juan Pablo Escobar, he is now Sebastián Marroquín.

Try to think back to a time when you were younger, now find something you believed to be true at the time but now realise it not to be so — isn’t it more fulfilling to acknowledge you were wrong?

Let me place myself in this example, in my position as a Researcher — we are taught our opinions can and must never be “Absolute”. Since our successors will evolve on our knowledge and discoveries, hence as such; ramify our findings.

It’s not just within the field of occupation where a false sense of “always wanting to be right”, leads to long-term harm; in fact this pattern of behaviour can be the very ruin of fruitful relationships.

We have all had moments we’re not too proud of, but failing to acknowledge it will prevent us from evolving, from growing, and hence send us into a downward spiral of being shunned in disbelief.

Let’s explore a few examples where this proved to be a success,

A lasting legacy of leadership through acknowledgement of wrongdoing backed by tenacity;

In 1982 — tampering occurred with Tylenol bottles (At the time Johnson and Johnson’s most successful analgesic product on the market) and a total of Seven people died as a result of what was later discovered to be Cyanide poisoning.

At the time of this event, Johnson and Johnson had a total of 35% of the Market Share within an Industry worth upwards of $1.2 Billion USD.

After the news was released to the public, their market share dropped to roughly 7%.

It was time for Mr. James E. Burke to make an important decision.

From an analytical point of view; Johnson and Johnson had immaculate Batch control and could’ve easily recognised which Lot of products had been tampered with, but Mr. James E. Burke believed otherwise.

His opinion was that instead of analysing how many bottles were affected and raising the risk of further deaths; He made the bold decision of issuing a recall of the 31 Million Tylenol Bottles sold all across America.

A decision that cost the parent company a total of $100 Million USD.

It was a bold decision; one that took courage, vigour, tenacity, and the humanity to realise that the time spent on analysing and saving the costs of recalling just the bottles that were assumed to have been tampered with; wasn’t worth losing another life as a result of their product.

A Decision which earned him a Presidential Medal of Freedom in the year 2000 from President Bill Clinton.

In 2008, provided with a challenge to put his opinion to test, he subjected himself to the practice of “Waterboarding” practiced as a form of Interrogation to confirm whether it was in fact a form of “Torture”.

In doing so, he not only provided viewers a glimpse of the inhumane interrogation method — he further went on to admit he had changed his opinion, after having gone through the process himself; establishing his legacy as a Journalist who was not afraid to admit when he was wrong, and wouldn’t shy away from having his opinion put to a rational test.

Furthermore, he vehemently expressed disapproval of the legitimacy of the interrogation tactic as he came to form the opinion that the process was in fact so tormenting; one would admit to simply anything to escape the atrocity.

His counter-part Sean Hannity, refused to go through the process and as such never recanted his belief.

Countless examples can be quoted of humans who crumbled under their empire of lies, but those names do not matter for now — for now we focus on ourselves.

Look within, and know that you ego is not so shallow as to be shattered by admitting when you’re wrong; in fact it earns you a great deal of respect.

To admit we’ve been wrong, but we’re willing to change.

To learn from our mistakes.

In hope that we can do better in the future.

In hope to not repeat the same mistakes.

In pursuit of becoming content with ourselves, before we seek to rebuild a connection with others.

Thank you for reading.

Nabeel is a research analyst and CEO of Honeycomb, a private investment consultation business, which is based out of both the U.A.E. and Pakistan. Previous he worked in the academic research field at the University of New South Wales in Sydney, Australia, where he completed his research doctorate in Cyber/Computer Forensics and Counterterrorism.
« What Can You Learn By Googling Yourself?
Digitization of Sukuks & Blockchain adoption in the Middle East »