Be Afraid, be Very Afraid… Why Fiat is Right to Fear Digital Currency 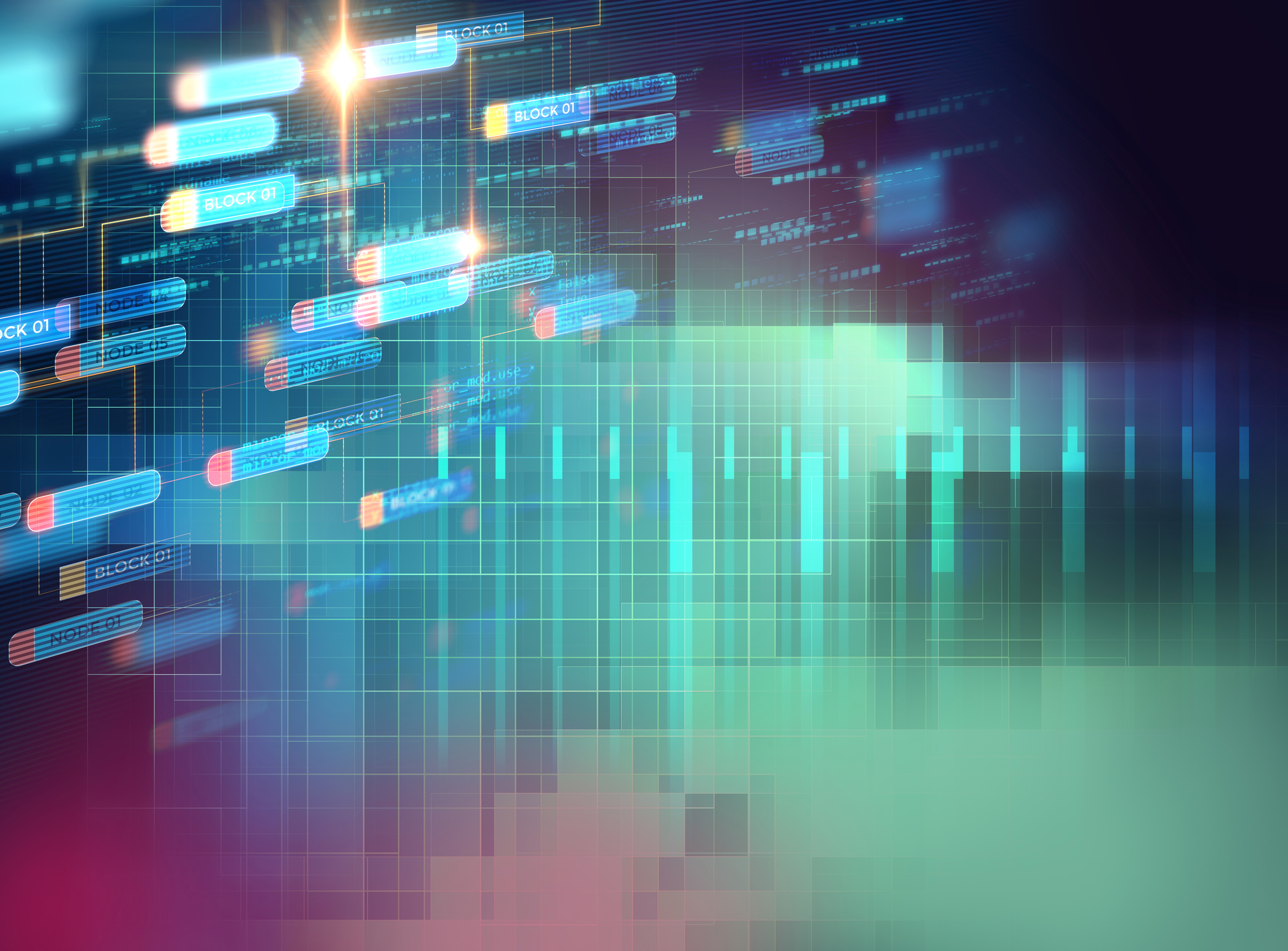 The aim of this article is to provide an extra perspective on a section in our recent (and upcoming) EU H2020 grant bids that outlines the history and function of fiat money in relation to digital currency.

To our mind, this section in our grant bids does a better and more transparent job of explaining in plain English the similarities (and differences) between fiat and digital currency than many a so-called “economist” is prone or wants to do (and for very good reason).

The question at the outset is obvious and compelling: why would mainstream economists want to obfuscate through their borderline hysterical rhetoric and argumentative reasoning the true potential of digital currency in favour of clinging to their paternalistically flawed, fiat-knows-best stance (a stance that is enjoying a current renaissance in the wake of the bitcoin crash)?

There is actually a very good reason (scary, but valid nonetheless): mainstream economists are sweating it out. That’s right. They’re afraid, very afraid (and they have cause to be); they fear we will all find out what they already know to be true about the superiority of digital currency, and use that knowledge against them to diminish the control that the state and public institutions they represent currently wield over all of us.

What is it they know and refuse to admit to? Mainstream economists know there is a fundamental similarity between fiat and digital currency – a similarity that will prove to be fiat money’s Achilles Heel.

The Similarity between Fiat and Digital Currency

We all do strange things out of fear; we work against our best interests whilst assuming we are preserving them; we genuinely believe our deluded stance to be true and correct by default of the sheer will to survive – even if it contradicts changing social and environmental factors that will likely prove fatal. Denial in the face of inevitability is hardwired into our DNA. Dinosaurs found that out the hard way. Economists are waking up to the same.

Deep down, mainstream economists know the truth: there is a similarity between fiat and digital currency that threatens the diminishment of the utility of the former while promoting greater utility in the latter.

This similarity is easy to identify: both these forms of currency, fiat and digital, require at some level a common consensus of public agreement to be workable – the same collective delusion, if you will: bits of state-backed paper along with numbers on a computer screen and digital currency all require public acceptance that they are exchangeable for goods and services in order for them to be exchangeable for said goods and services. Otherwise, no fiat money, cryptographic token or any other form of digital value store works. How can it, if no one accepts them as universal IOU’s or glorified digital chits? (We might as well revert to paying with shells, which at least have some intrinsic value.)

If you think about it, it is a rocky premise to base money on – almost as rocky as basing it on gold reserves (a stupid system that renders an expanding economy inert by retarding growth and is deflationary as a result).

To be fair, money has (or has had) its uses. Cash-money – whether fiat or based on the gold, silver or some other standard – has worked well enough for millennia, in one form or another, because there was no other option, no need to question the premise of trading with an externally imposed unit of exchange: ask yourself, how many pigs and bales of hay would it take to build an iron bridge, a factory, canal or steam engine? Exactly. The industrial revolution could not have been paid for without the rapid expansion and development of centralised banking institutions to meet the demands of entrepreneurs in industries including steam, cotton, and coal. In a very real sense, the history of civilisation is the history of the utility of money, from paying for wars to taxing witches (believe it or not, the Romanian taxman still takes his cut of this “profession”: how else would a witch be taxed – in eye of newt and toe of frog?).

Accepted, then – money, whether fiat or based on a tangible standard – is not inherently evil. It had (or “has had” might be the more accurate tense) a good run. But that’s the digital currency enthusiast’s point: times change. (And legacy institutions in the same way as political order are not exactly fond of change.)

Changing times are why fiat, underpinned by nothing more than collective societal delusion, is in trouble. Think about it: if fiat loses favour with the very public it is designed to control and exploit, then this very necessary public consensus is compromised. What if as a society we all start to more readily accept an alternative, or set of alternatives, to fiat that monopolistic centralised institutions can no longer control (which many are starting to do in the form of digital currencies )? At that point, governments – who desperately need an unearned income off the backs of manipulating fiat – are in a lot of trouble, as are the banks and their sycophantic economist minions. Why do you think the countries hitting back hardest against cryptocurrencies and ICOs are (“quasi”; i.e., when it suits their hyper centralised agendas) Communist? Why? Because they also know it works.

It just works a little too well for pseudo-Communist regimes and nervous mainstream economists to stomach, is all.

What Digital Currency can do that Fiat cannot

The similarity between fiat and digital as regards the collective delusion required to maintain faith in both is the similarity our H2020 bid outlines in the absence of any other.

However – and pay very close attention to this point – what the digital currency sceptics will never tell you – assuming they even understand it – is that digital currency as a tool – especially where it concerns data as a digital asset – is indivisible from the means used to create it. As a result, due to the nature of its design and deployment, digital currency in the form data value has the intrinsic potential to mutually support all other digital currencies as part of a unified single economy – a hyper-secure, immutable and anonymous economy that is controlled at the level of the individual. (Cryptographic tokens cannot quite pull off this trick as they still require atomic swaps, and the like, between currencies.)

This potential is hardwired into data-as-a-digital currency’s DNA. Our radically-new tech, a DApp called DECENTR, is releasing this potential as part of a true data economy by creating a digital currency based on social computing mechanisms – i.e., proof-of-engagement (and not collective delusion). Very powerful – and hence threatening to the powers that be – indeed. Whereas fiat? Fuggedaboutit. Fiat cannot – and will never be able to – achieve this feat in any form. It is not intrinsic to its nature or that of those who manipulate it. Bits of paper can no more be cryptographically interlinked than pigs and hay bales. Hence, they all risk becoming extinct as legitimately utilitarian currency.

Mainstream economists dismiss this inconvenient reality as they line up to be fossilised in the metaphorical tar pits of economic history (presumably clinging to fistfuls of singed banknotes and oxidized alloy coins). On a side note, fiat could achieve something like this feat if centralised institutions were compelled to trade fiat alongside digital currencies on our DApp. This would mean governments and banks would need to be 100% transparent and accountable in their financial dealings in order to honestly and industriously maintain their data value – so don’t hold your breath on that happening any time soon (our forward-thinking payment service provider [PSP] partners notwithstanding, of course).

When seen from the perspective of the potential of digital currencies to decentralise and democratise, it becomes obvious why governments and many legacy banks do not want the concept of digital currency widely understood vis-à-vis their clunky, aging fiat financial modes and models. An article on this subject from the Mises Institute effectively dissects exactly why paper money is a con trick and fiat is merely a tool of the state, orchestrated to the benefit of state actors and the banks; a tool that inevitably forces governments to borrow from banks due to them having taxed their populations into an effective state of negative growth, until their people can pay no more.

Great system, huh? Well it is if you are at the top – and that includes these rather, shall we say, “strident” economists – you know the ones – Paul Krugman, Nouriel Roubini, et al., all telling us how great their system is and how the rest of us ignorant serfs have got it the wrong way round. It is (according to them) actually digital currency that is a “con”, a “scam”, a “bubble about to burst”, “evil” (Krugman again), not fiat. (Of, course… it’s all becoming clear, now that Krugman Tweeted about it.)

What else would we expect them to say? Why would we expect anyone caught up in the centuries-old fiat farce to embrace any tool or technology with the promise to liberate individuals, communities and societies from their manipulative interference; a tool that those in power can neither control nor benefit from through their ongoing policy of centralised manipulation, exploitation, and state-mandated control?

Sorry to disappoint them. The metaphorical wool they are attempting to pull over our eyes as regards digital currency is not going to wash. People are waking up from a sluggish, centuries-long slumber to the promise of a digital alternative to fiat money and embracing the autonomy, immutability and socioeconomic freedom this new digital economy is set to deliver.

Rich James Co-founder at DECENTR. Rich is a dedicated start-up and business advisor, trainer, teacher and public speaker. A work process flow (traditional and digital) expert, he is frequently called upon by SMEs to ensure every facet of large-scale ITC/blockchain projects are being delivered in a seamless and complementary set of processes. Rich is an academic researcher and business and H2020 proposal writer who researches blockchain, DLTs, ICOs, cryptocurrency, AI (DL NNs, etc) Big Data and the data economy for multiple IoT/IoV/IoE/NGI applications for UK/EU businesses and universities. His skills and experience are invaluable in the formulation of workable specs, wireframes and UI/UX features for SMEs wishing to streamline the effectiveness of their digitisation strategy. Rich’s combined SSH/business background means he is also skilled at turning complex heterodox economic, SSH and communications principles and systems into executable specs for development teams. He is as also skilled at coordinating interdisciplinary and communications and dissemination activities across select H2020 consortia and for commercial and other stakeholders, including many household name brands.
« 21 Apps to help you reach your financial goals & more…
What do you know about Smart Credentials, J-Coin & c-lightning »