What do you know about Smart Credentials, J-Coin & c-lightning

Numerous blockchain/crypto projects are cropping up all around us promising different real-world use cases. Combing for viable ones in this haystack is difficult, but some of them stand out by virtue of their functionality, the industry leaders that are involved in developing them or a combination of both. The DLT transformation is still in an infancy stage & it is difficult to stay which projects would eventually become the leaders while others would fade away in obscurity. Keeping that in mind let’s take a look at a few of the interesting ones that I came across last week.

Last month I wrote about Blockcerts — an open standard platform which verifies & issues blockchain-based records including civic records, academic credentials, professional licenses, workforce development & more by governments, companies & educational institutions. This project is a joint venture between the startup Learning Machine & MIT Media Lab. Now, one of the big four auditing firms PriceWaterhouseCoopers (PwC) has jumped into the arena with its own blockchain based Smart Credentials platform aimed specifically at verifying employee credentials. Most of us enjoy our academic certificate or professional qualification hanging on the wall, but it becomes a chore and half if we need to share it or keep a digital record of these achievements. Smart Credentials addresses this problem by giving owners the ability to share their credentials digitally and safely.

The trial of the platform was conducted for PwC employees who qualified from the Institute of Chartered Accountants of Scotland (ICAS) in the last two years. All of us who have gone through an employment process know how time-consuming, labour intensive and costly is the whole process. On top of that the paper credentials are prone to fraud & loss with a high replacement cost. According to a recent PwC survey 78% of employers conduct background checks & 37% of hiring managers reported bad hires due to candidate’s credential misrepresentation. Smart Credentials platform not only helps the owners but the Issuer & the Reviewer in the following ways:

It was only a couple of weeks ago when we saw the JPMCoin being launched by the biggest U.S bank in the quest for moving to a digitized economy. Other central banks & financial institutions around the world are in various stages of testing digital currencies. One of the most noteworthy projects in this regard is the J-Coin (originally labelled MUFG Coin) which was announced by a consortium of Japanese banks last September to be launched in time for the 2020 Tokyo Olympics. Japan’s financial giant Mizuho Financial Group (MUFG) partnering with around 60 domestic financial institutions claiming to have around 56 million users will have digital wallets for the associated J-Coin. Following are some of the features of the J-Coin:

Sufficed to say J-Coin has hit the ground running & it is replicating the moves to cashless societies as we have seen in some of the Nordic countries as well – most prominently Sweden. The backing of the major financial institutions has given it the base it needed. 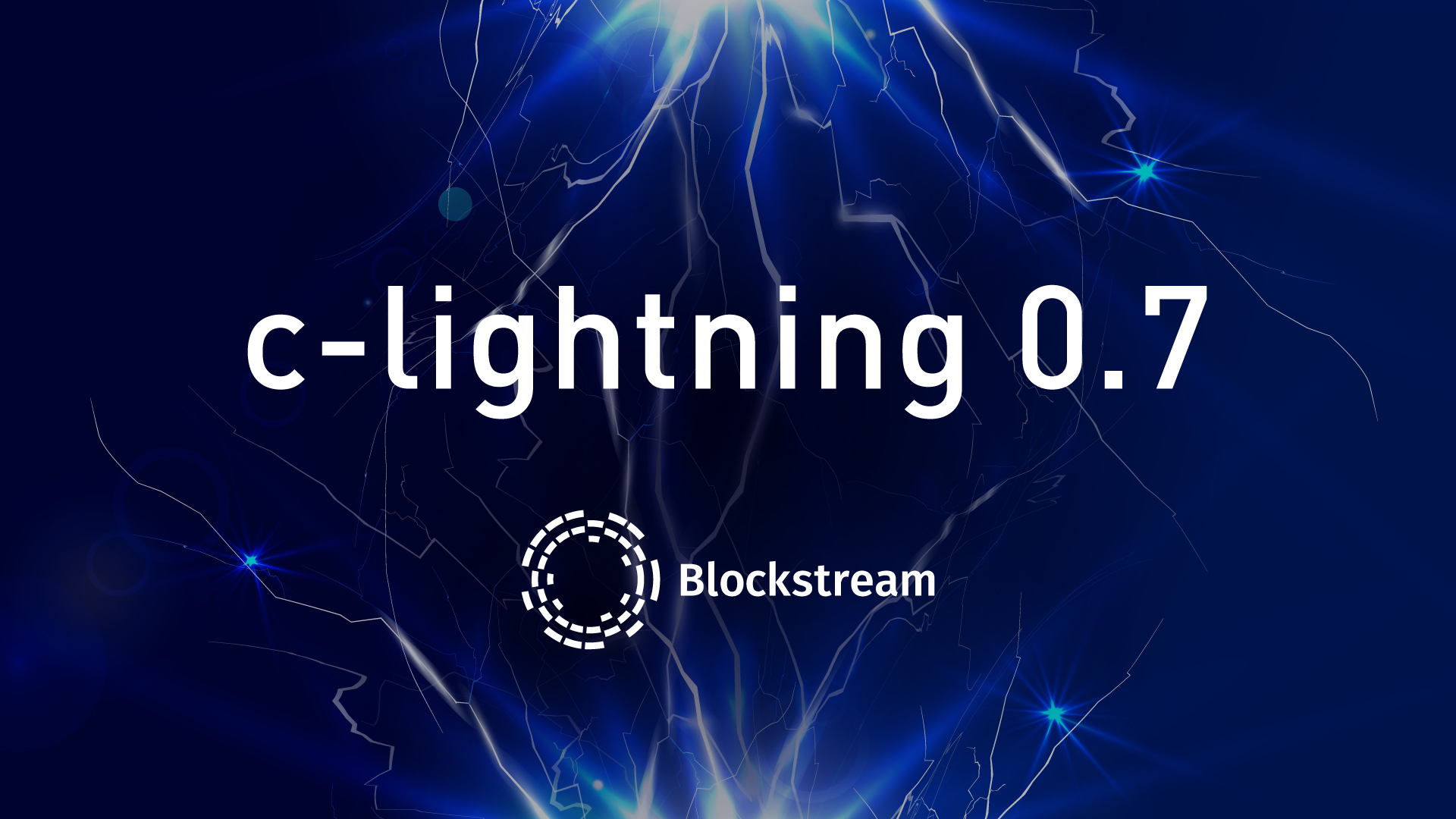 Blockstream is one of the blockchain powerhouse companies offering an impressive line of products & services including Liquid sidechain, Blocksteam Store, Cryptocurrency data feed, Block explorer & Blockstream satellite. The blockstream store acts as an e-commerce outlet for bitcoin retail style transactions where you can buy merchandise in the cryptocurrency using the Lightning network (LN). Blockstream just released the upgrade of its bitcoin scalability solution c-lightning 0.7 – eight months after the release of its previous beta, improving on its shortcomings. c-lightning is one of the implementations of the Lightning network apart from Eclair and Ind. The implementation differs from the main protocol in the sense that is more modular & extensible. Here are some of the new features added to the new version:

Plugins – This core feature of the latest version allows developers to construct their own applications in any programming language to extend the functionality of the Lightning network, making it more customizable & extensible.

For complete details on the upgrade features Click here. Blockstream has reiterated the fact that this is just the beginning of bigger & better things to come in the future. Only recently Blockstream CEO Adam Back, as a strong proponent of blockchain technology, had also participated in the Lightning Torch Bitcoin relay initiative by passing it to PayPal COO Reid Hoffman to spread the word about Bitcoin micropayment solution. More good things to come… stay tuned!

Faisal Khan Faisal is based in Canada with a background in Finance/Economics & Computers. He has been actively trading FOREX for the past 11 years. Faisal is also an active Stocks trader with a passion for everything Crypto. His enthusiasm & interest in learning new technologies has turned him into an avid Crypto/Blockchain & Fintech enthusiast. Currently working for a Mobile platform called Tradelike as the Senior Technical Analyst. His interest for writing has stayed with him all his life ever since started the first Internet magazine of Pakistan in 1998. He blogs regularly on Financial markets, trading strategies & Cryptocurrencies. Loves to travel.
« Be Afraid, be Very Afraid… Why Fiat is Right to Fear Digital Currency
Top 4 Artificial Intelligence stocks to buy and why »