Ocado leads the Robotization of Retail

The Ocado Group plc (LSE: OCDO) is an interesting company to watch because it leads to the robotization of retail. In fact, I think Ocado is one of the few companies that could challenge Amazon’s online retail dominance in the United States.

To elaborate, Ocado is a British technology and logistics company that operates a grocery delivery service in the United Kingdom. As a grocer Ocado is tiny, Reuters estimates it controls 1.3% of the UK grocery market.

However, Ocado’s automation and robotics technology are among the most advanced in retail. Specifically, Ocado designs and builds giant customer fulfillment centers (CFCs), in which swarms of robots pull and pack groceries.

Ocado operates three CFCs, including one in Hatfield, England, that supports 150,000 orders a week.

Moreover, Ocado’s CFC1 in Hatfield, Hertfordshire, has been operating since 2001. Thus, Ocado is one of the most experienced companies in retail robotization. A second CFC in Dordon, England supports 180,000 orders a week.

The Ocado Smart Platform (OSP) at the Ocado CFC3 in Andover operates up to 1,000 robots. The robots work together on a grid the size of a football field. Interestingly, Ocado claims the robots can pull and pack a grocery order of 50 items in five minutes.

The Smart Platform uses a combination of artificial intelligence (AI), predictive analytics, and agile processes to operate the robots. The Smart Platform needs all of those capabilities because the CFC3 contains 50,000 grocery times.

Plus, the Andover CFC is the size of three football fields. Additionally, Ocado is constructing the CFC4 in Erith which it claims will be the largest automated grocery warehouse in the world.

Ocado is attracting a lot of attention and support in the grocery business.

Ocado and the American grocery giant Kroger (NYSE: KR) plan 20 CFCs in the United States. The first two US CFCs are already under construction in Florida and Ohio. Importantly, Kroger owns 6% of the Ocado Group plc. 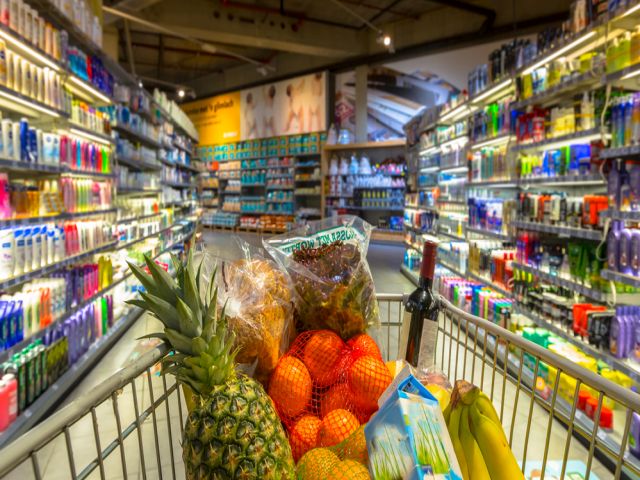 In exchange, M&S will own 50% of a joint venture with Ocado. The joint venture will trade on UK exchanges as Ocado.com, Reuters claims. Reuters expects the Ocado.com stock to launch by 2020. Unfortunately, Reuters did not say if Ocado will deliver Marks & Spencer’s non-grocery products.

Impressively, Ocado has extensive experience in the grocery business. In fact, Ocado has been delivering groceries in the United Kingdom since 2000.

Hence, Ocado has a potentially lucrative and scalable business model. Notably, analysts think retailers; like Aldi, that specialize like in private label brands are the future of groceries. Aldi is one of America’s fastest-growing grocers operating 1,600 stores in 35 states.

Similarities between Ocado and Amazon

Ocado has some similarities to Amazon. Like Amazon, former investment bankers formed Ocado.

Plus, Amazon is a major player in retail and logistics robotics. For instance, Amazon owns the robotics company Kiva. Amazon uses over 15,000 robots at its fulfillment centers in the United States, Designboom claims. 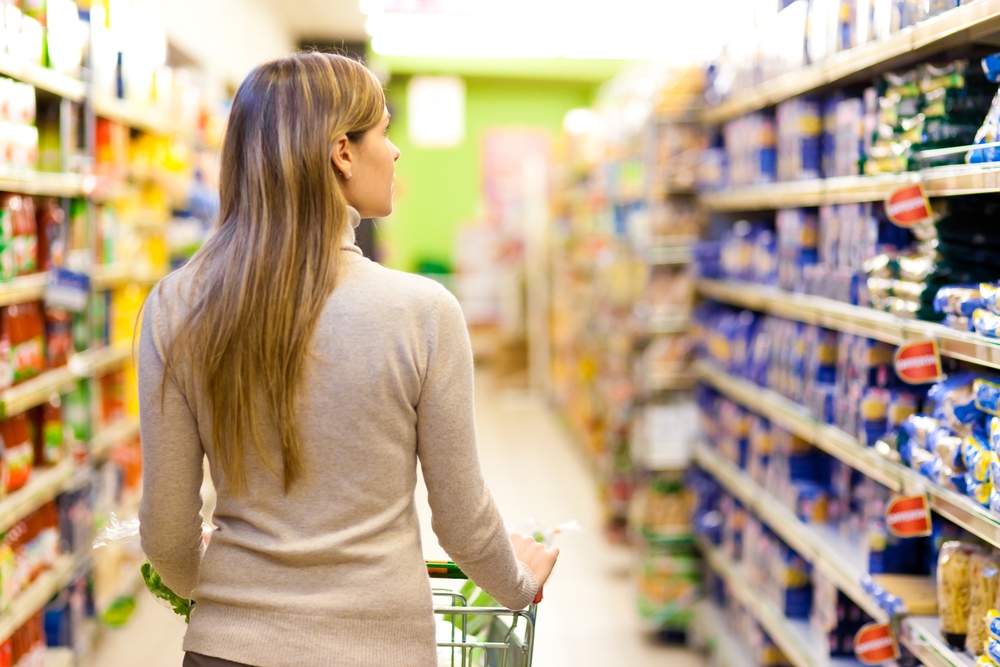 Is Ocado the New Amazon?

Thus Ocado generates cash but loses money, like Amazon used to do.

Additionally, Ocado’s cash like Amazon is growing substantially over time. For instance, Ocado had $150 million ($194.16 million) in cash and equivalents on 3 December 2017. Thus, Ocado’s cash nearly tripled in a year.

Hence, like Amazon, Ocado could accumulate a lot of cash. Amazon has far more cash because Ocado operates in one much smaller country – the United Kingdom.

Will Ocado Make Money in America? 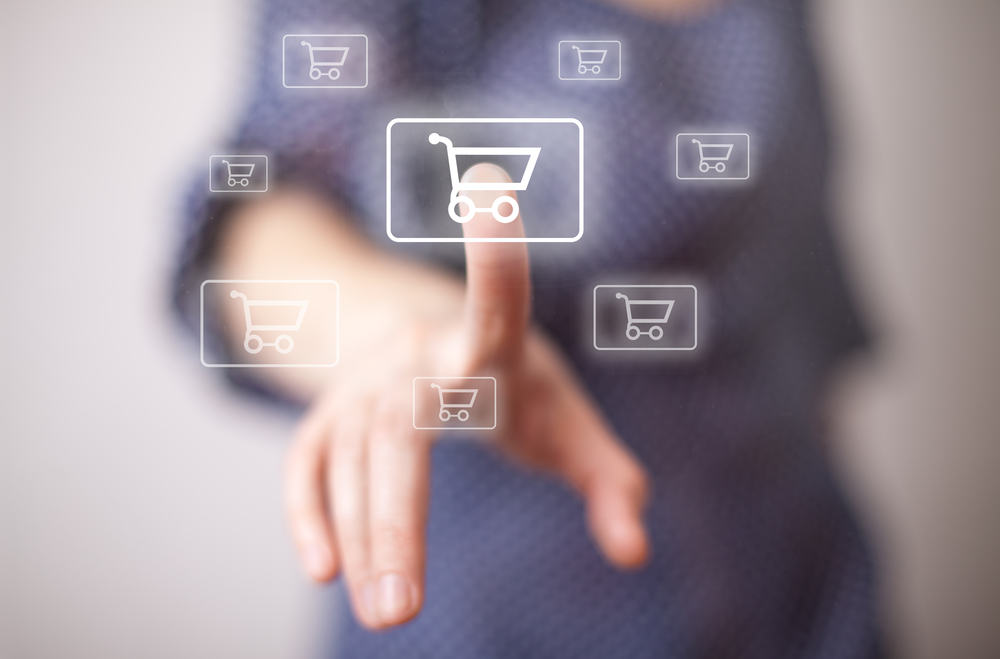 However, Kroger was the second largest U.S. grocer in sales volume in 2016, the United States Department of Agriculture (USDA) calculates. Oddly, America’s largest grocer is the giant discount store operator, Walmart Stores Inc. (NYSE: WMT). The USDA estimates Kroger had sales of $96.9 billion, and Walmart sold $136.2 billion in groceries in 2016.

However, Kroger’s revenues are falling, Kroger records revenues of $121.162 billion for 2018, down from $122.662 billion for 2017. Hence it is easy to see why Kroger is interested in opportunities like delivery and grocery fulfillment.

Notably, Kroger already offers grocery delivery by the American company Instacart at over 1,600 of its stores, Supermarket News reports. In addition, Kroger operates two delivery services of its own. For instance, ship.kroger.com allows customers to have groceries dropped on their doorsteps.

However, Kroger has limited financial resources despite its size. For instance, Kroger records cash and short-term investments of just $429 million on 2 February 2019. Hence, Kroger will need Ocado’s help to ramp up its online grocery delivery.

In addition, Kroger and Ocado could partner with American department store operators like The TJX Companies (NYSE: TJX) or Nordstrom (NYSE: JWN) to expand their operations beyond grocery. Both TJX and Nordstrom are growing but they face intense competition from Amazon.

Can Ocado Compete with Amazon?

Ocado is taking a serious risk by entering the hyper-competitive US grocery market. Moreover, by joining with Kroger Ocado will compete with Amazon and Walmart on their home turf.

Finally, there is speculation Amazon could buy or open another grocery chain in the United States. Hence, Kroger is partnering with Ocado to counter Amazon’s entry into its business.

On the other hand, I think Kroger is the right partner for Ocado because it has the resources and experience to take grocery delivery mainstream in the United States. In particular, Kroger already dominates grocery market in several American cities including Los Angeles, Denver, and Dallas.

However, it will be years before Ocado’s American adventure pays off. To explain, Amazon demonstrates it takes years for online retailers to make serious profits on their investments.

Is Ocado a Safe Investment?

Thus, I think Ocado’s US operations will not generate money until 2023 at the earliest.

Conversely, Amazon’s experience shows Ocado and Kroger could generate large amounts of cash in the US grocery market. Thus, Ocado and Ocado.com could be good long-term growth stocks but not immediate moneymakers.

Moreover, there are serious risks to robotic fulfillment. For instance, a fire destroyed Ocado’s Andover, Hampshire, CFC2, in February 2019, the BBC reports. The BBC claims the fire destroyed 10% of Ocado’s order fulfillment capacity.

Despite the fire, I think Ocado has the potential to be a major player in retail, groceries, robotics, AI, fulfillment, and logistics. Those seeking a low-profile long term growth stock should investigate Ocado Group plc (LSE: OCDO).

Daniel Jennings Daniel G. Jennings has been a professional writer for over two decades. He has written extensively on business, technology, economics, finance, financial technology, banking, investment, market, stock market, political, philosophical, historical, and other subjects. Jennings’ favorite subjects include; retail, cryptocurrency, crypto-assets, blockchain, the stock market, international politics, history, and American politics. In addition, Jennings has written hundreds of freelance articles and blog posts for an incredible variety of clients. Jennings currently writes most of the content for the Market Mad House blog, which he maintains. Jennings has a bachelor’s degree in history and an MBA. Jennings lives and works in Colorado, USA. Besides writing Jennings has worked as a journalist, an editor, an accounts-payable-professional, and at many part-time jobs.
« Crypto Diaries: Samsung Coin, Tech giant’s BaaS & the Rise of CoinJoins
Interview with Sida Zhu »