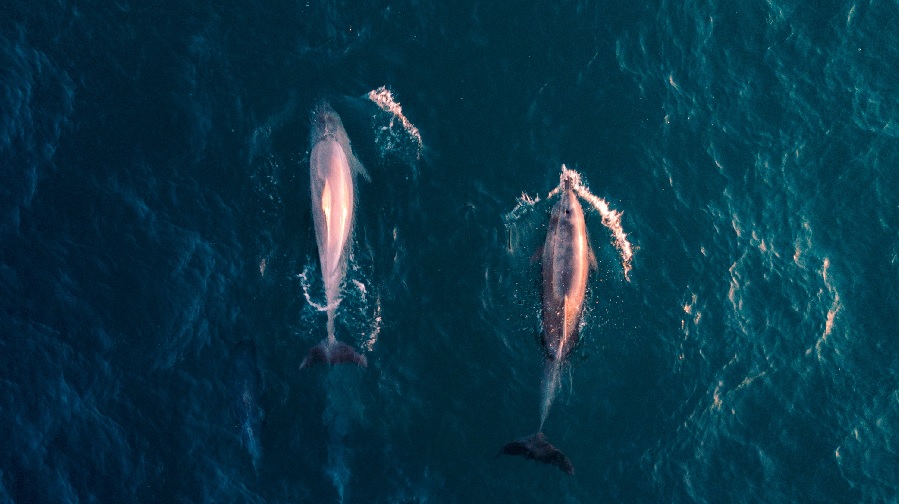 We have recently seen some huge gains in the Crypto assets after a long period of lull. I have already discussed this in my other piece on some of the factors that might have contributed towards this break out after a prolonged consolidation. It’s now time to see how this price action was materialized. Obviously, somebody was moving the money around in Cryptocurrencies. Like in other financial markets, there are bigger players like Big banks & Hedge Fund managers which control the price action in an underlying financial instrument solely because the amount of money they have parked in these assets. The periods of active price action is seen when these so-called ‘Whales’ wake up from their dormancy to either trigger a buying spree or a sell-off. I say dormancy since Whales tend to hold on to their assets rather than trading them regularly.  In Forex markets, which I trade regularly, the bias in a particular trading pair is decided by the position holding of the institutional investors against retail traders. While the latter is much higher in number, the trading bias in the trading pair is dictated by the Whales. 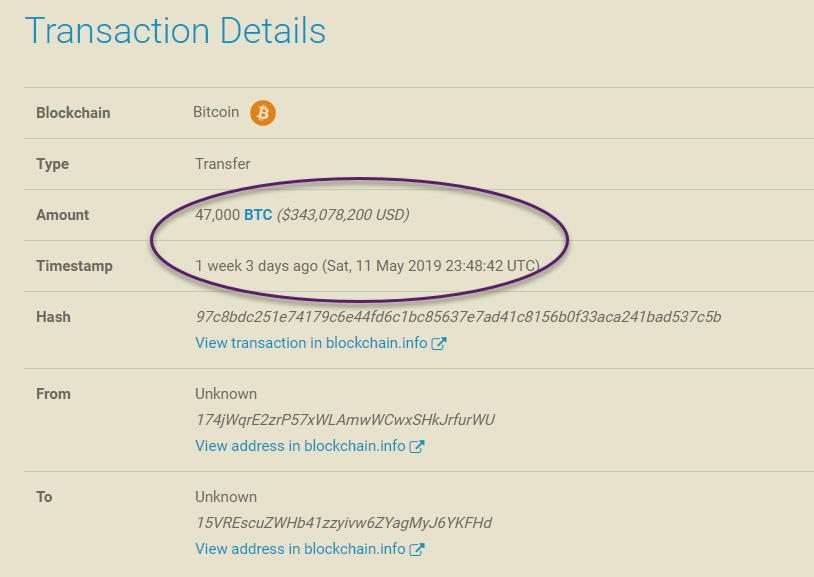 Coming back to the Cryptocurrencies revival, we know the usual ‘Why’ factors like mainstream adoption, technical milestones & shifting sentiment etc. but Who caused this move is where we talk about these Whales. The exuberance that we had seen at the end of 2017 with the Bitcoin touching $20K mark fizzled out in 2018 as the prices continued to decline throughout the year. And then we saw some fireworks which started in April this year with Bitcoin reaching a new 10-month high of over $8300. According to the tracker of Cryptocurrency transactions website Whale.io, 47,000 Bitcoins at a value of $340 million were moved in a single transaction on the evening of May 11th (figure above). Coinmarketcap recorded that such a massive amount of digital currency movement caused the price of the kingpin BTC to spike from $6,378 to $7,204 (13% increase) with a 50% increase in trading volumes as well. These kinds of transactions are usually conducted by “Whales” which are looking to flush out the margin or retail traders like you & me who are employing leverages to take these risky positions in hopes of riding a wave. The result was  $84 million worth of shorts being liquidated on the Bitmex exchange alone.

There is another theory floating around about what might have kick-started the April bull-run. The IEO (initial exchange offering) is the new way of raising funds for your Crypto/blockchain projects and the leading digital exchanges are at the front and center of this phenomenon. Binance Launchpad has acted as one of the pioneers in this new venture with the massive success of the first three token sales on its platform. As participants in the IEO need to be registered with the digital exchange, it causes a massive increase in trading activity in the underlying exchange. So far BitTorrent Token (BTT) raised $7.1 million, Fetch.AI (FET) $6 million Celer Network (CELR) $4 million, Matic Network with $5 million, and Newton Project with $28.5 million. Although it is difficult to quantify the actual impact of these token sales on the broader Crypto market, Autonomous Next reports a 220% increase in overall token sales from February this year.

Coming back to the point of Crypto Whales, it’s not just confined to Bitcoin only. A recent report from the Crypto compliance & investigation platform Chainalysis, suggests that there is a high degree of wealth centralization among Crypto holders. Over 30% of all Ethereum is held by ‘Whales’ (figure above) as compared to 20% in Bitcoin. The report further elaborates that these Whales might not have a direct impact on the price of Ether but are definitely responsible for the volatility on the intraday basis. Chainalysis defines the top 500 cryptocurrency holders as whales. The latest figures suggest that of the top 500 Ether holders 124 were services, while 376 were individual whales controlling 33% of the circulating supply in 2019 – down from 47% in 2016 but up from 28% in 2018.

The findings in the report coincide with the studies done by Academics on large fluctuations caused by the traded volume of other financial instruments like stocks tend to impact volatility & not the price. Although the claims of Whales impacting the price of the underlying asset in the long-term may be a little overblown, they definitely can cause a stir in prices on a single day basis.

Faisal Khan Faisal is based in Canada with a background in Finance/Economics & Computers. He has been actively trading FOREX for the past 11 years. Faisal is also an active Stocks trader with a passion for everything Crypto. His enthusiasm & interest in learning new technologies has turned him into an avid Crypto/Blockchain & Fintech enthusiast. Currently working for a Mobile platform called Tradelike as the Senior Technical Analyst. His interest for writing has stayed with him all his life ever since started the first Internet magazine of Pakistan in 1998. He blogs regularly on Financial markets, trading strategies & Cryptocurrencies. Loves to travel.
« The Rise Of Digital Asset Custody Solutions
Why Corporations Embrace Renewable – It All Comes Down To Marginal Costs »