Are We Ready For a Universal Basic Income? 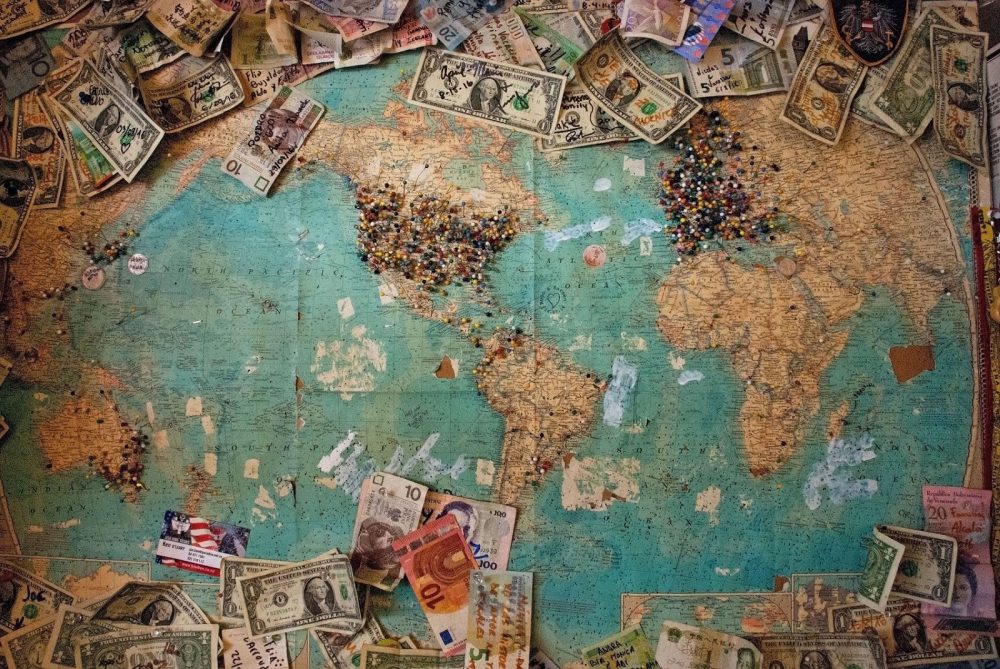 The idea of a Universal Basic Income is picking up pace all over the world, but are we ready?

How would you like a pre-assigned sum of money credited directly into your bank account, every month, no questions asked? That’s the gist of a Universal Basic Income(UBI), that has the whole world polarized on its perks and perils. The UBI is gaining momentum worldwide and has evoked an endless debate among economists and politicians alike. While the UBI has some strong backing, with the likes of Elon Musk, Bill Gates, Richard Branson and Mark Zuckerberg supporting the concept, many economists still need convincing. While the idea of a UBI is not particularly new, it is increasingly being considered as a measure against growing unemployment rates by governments across the world. So much so, Andrew Yang, a Democratic presidential candidate has based his whole campaign on implementation of UBI. But is UBI the answer to our unemployment woes? And even if it is, is it economically sound? 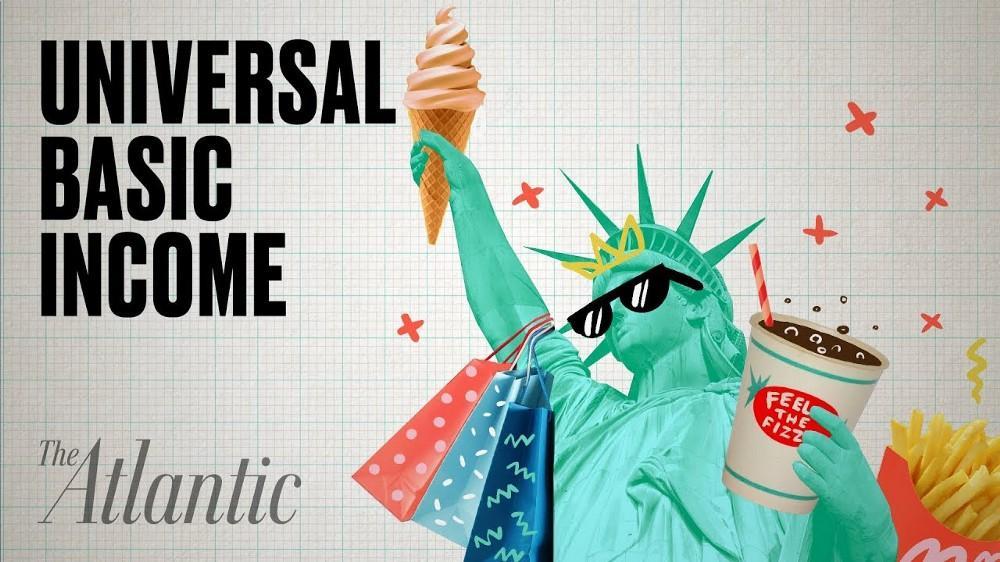 “There will be fewer and fewer jobs that a robot cannot do better; we’re looking at mass unemployment. This is gonna be a massive social challenge and ultimately we would have to have some kind of universal basic income for sustenance. I don’t think we’re gonna have a choice.”- Elon Musk

The heads of the biggest tech companies in the world believe that the breakthrough in AI would be so overwhelming, that around a third of the employable population would find themselves without a job. And we have good reason to take their word for it. Andrew Yang has proposed a $1000 monthly income to all adult US citizens. Now, where does the money come from? And wouldn’t it make people more complacent and unwilling to work?

Well, let’s get into numbers, the total figure for UBI to be implemented in the US comes out to be around $3 trillion dollars. While that is a lot of money, it shrinks down considerably when one looks at the many ongoing welfare and security programs, which means about half Americans are already getting income support. The figure comes down to about $1.8 trillion. Yang proposes a Value Added Tax(VAT) on luxury items and a “Robot Tax” on companies benefiting from the increased output due to advancement in technology.

Now, what most people fail to understand is that this $1000 monthly income will increase their purchasing capacity, and effectively the money will trickle down into the economy itself. So, theoretically, it doesn’t look as big a figure that some economists claim. There’s also a school of thought that believes crime rates will decrease drastically since there will be an incentive for criminals to not get into jail, in order for them to keep getting their UBI.

As for the thought people becoming passive and lethargic, statistics prove otherwise. In the state of Alaska, where UBI is already prevalent, studies have found out citizens are more encouraged to indulge in their passion outside of work, since the start of a UBI. 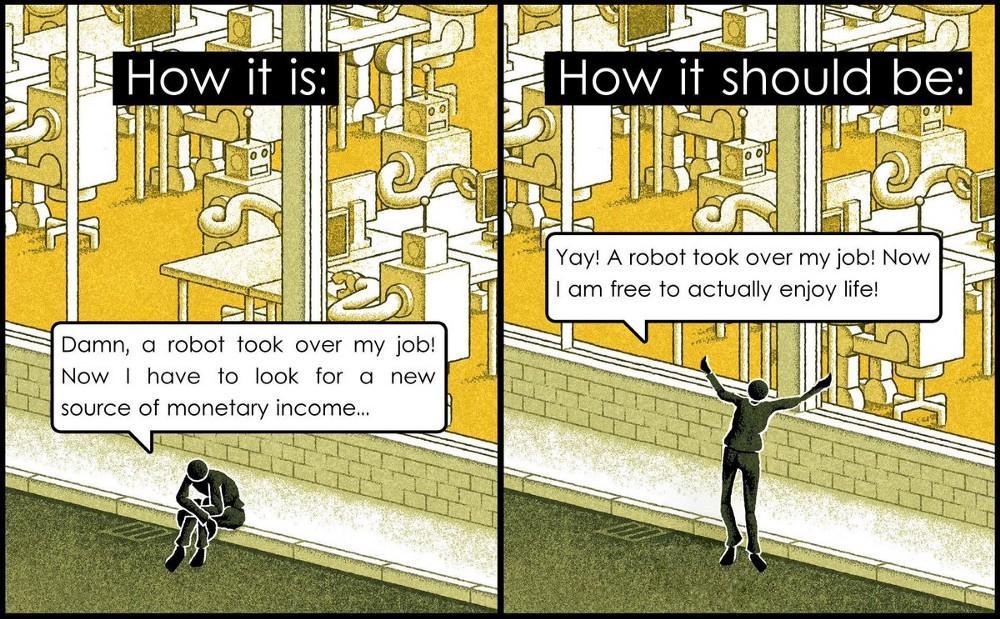 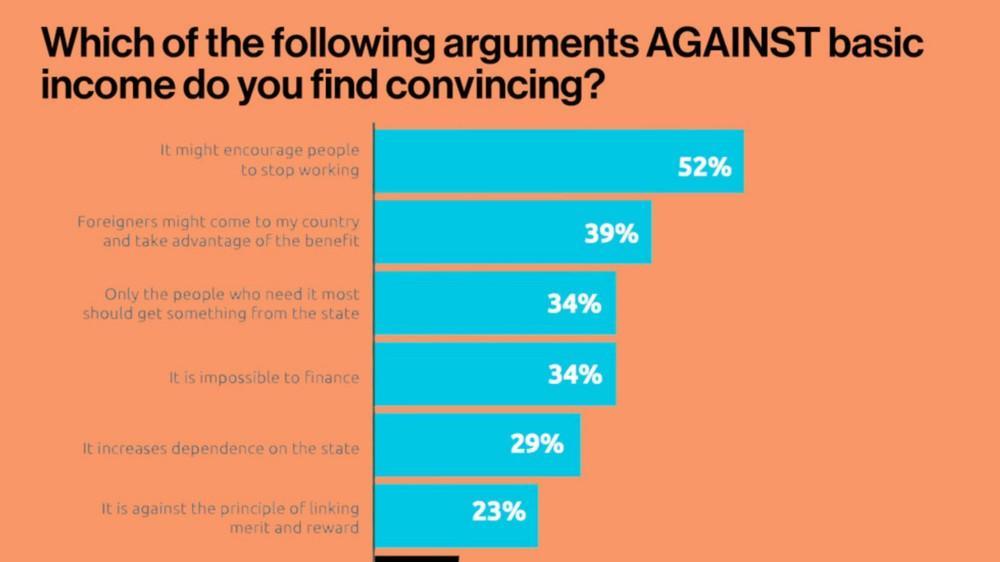 The main argument against UBI is financing. For a country the size of India, it is fiscally very difficult to entertain the idea of a basic income. Inflation could be triggered because of the increase in demand for goods and services. As a result of inflated prices, the standard of living wouldn’t increase a whole lot.

Also, free income may disincentivize people to get jobs, and make work seem optional. Even though, as stated before, studies show increased productivity among individuals, the scale of the study was not big enough to convincingly prove it.

Another argument is that it would increase dependence on the government and make the economy more prone to crashes and slowdowns.

While the universal basic income does have its pros and cons, after thoroughly researching the topic for weeks, I personally believe there’s no way out of it. The advancement in AI is growing at a phenomenal rate and most skills are becoming redundant by the day. I suppose it is only a matter of time that a developed economy like the US implement it. 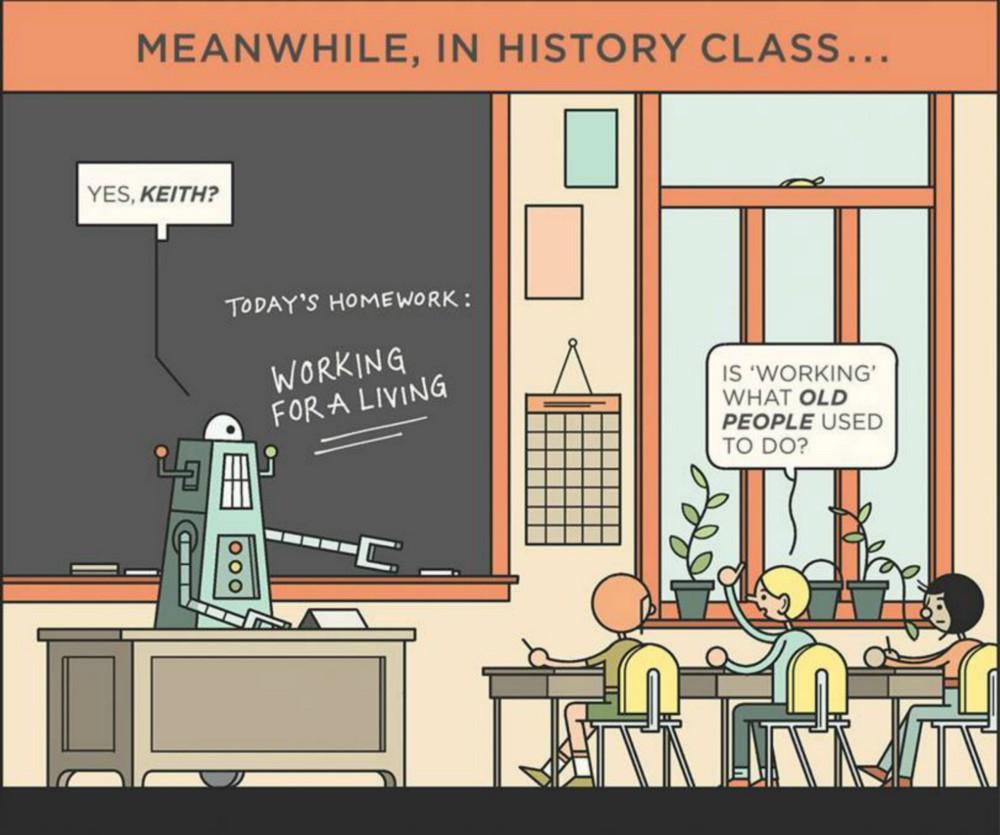 Adi Gandhi Adi is a startup enthusiast, and a hobbyist writer currently pursuing a Masters degree in Chemistry from Indian Institute of Technology, Kharagpur. He is a big reader of non-fiction business books and has a deep interest in economics and finance.
« What’s the Minimum Bitcoin’s Price to Make Mining Profitable?
How to Code an Algorithmic Trading Strategy in 25 Minutes »

12 Replies to “Are We Ready For a Universal Basic Income?”