We Take Economic Decisions Like It was 1919 and It must Stop! 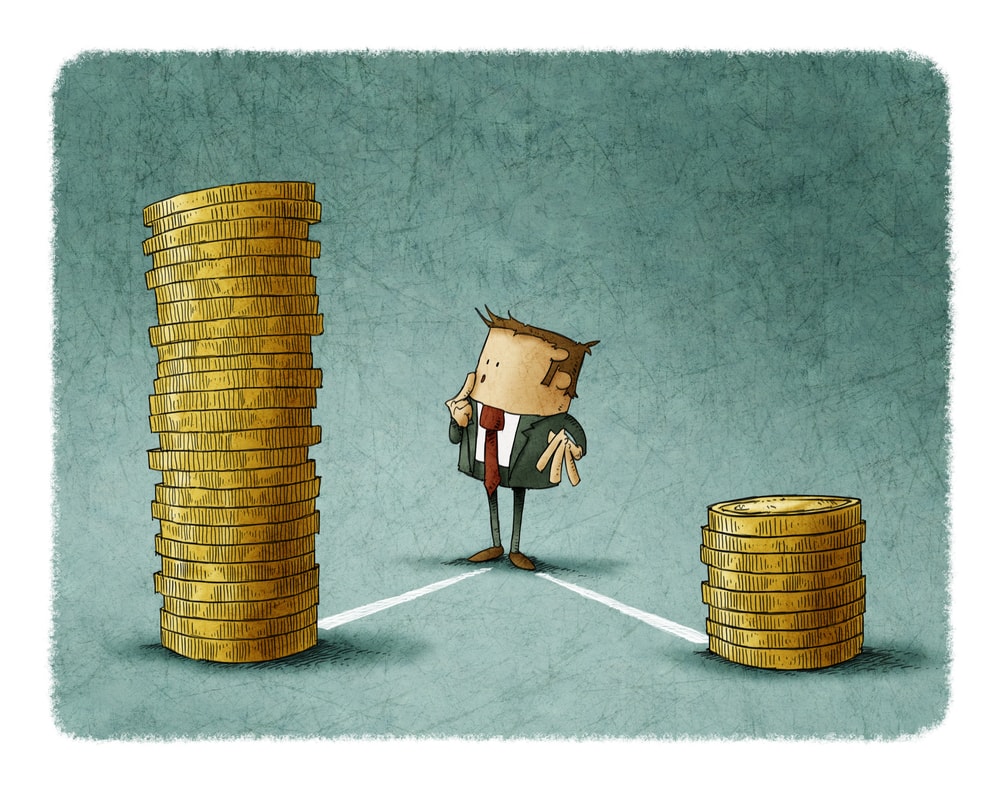 Today, we live in a world of abundance, and people are dying for no good reason.

No. I’m not being dramatic. Our insistence on keeping things the way they are is killing people. Right now, the economy is a major part of national and international discussions (when has it not been?). Our economy has concerned us throughout human history. It is something that fluctuates and when depressions or recessions hit, many lose their livelihoods, turn to drugs, get more violent and commit suicide and so on. We tweak our systems to bring the economy back up, creating more jobs so that families can put food on the table. Rinse, repeat.

Honestly, we did the best we could with what we had. The fact that is, during economic downturns, more people die of many more causes than when things are going well.

In 2019 onwards, however, we have other tools in our toolbox. Thanks to our understanding of the world (science) and modern technology, we live in a world of abundance. The reason people are still not accessing what they need to merely survive around the world is because the resources and technologies are not accessible yet to most of the world’s population. One has to wonder why, knowing what we know today, we can’t fix all major world problems in one fell swoop. Part of the reason is some country’s unwillingness to cooperate with each other (read Simon Anholt’s articles to understand this problem from The Good Country).

Modern economies are based on several influential concepts in history. You can read a summary of theories here but in a nutshell, an economy is about the production, management and consumption of goods. While Adam Smith believed in the self-adjusting effect of a free trade system, Karl Marx warned that it would lead to a dual-class system where limited resources would inevitably go to the owners while the “lower class” would suffer from little access to produced goods. They were both right but as economist John Keynes noted, if government participates in the economy through regulation, we can avoid Marx’ worst fears. For a long time, Keynes’ economics worked rather well without too much of a divide between wealth classes, until under Milton Friedman ideologies, the government retracted its involvement in regulating the economy, arguably causing the immense wealth inequality gap we have today. I wrote an article on the role of government and private institutions in our modern lives for those interested.

Right now, the debate is about how to fix the wealth inequality gap. Solutions vary between more government controls (i.e. returning to Keynesian mentality) and releasing the free markets further in the hope it would adjust itself (i.e. more Friedman economics). While I enjoy the humor of trying to improve our situation by adopting more of the economics that got us in this pickle, going back in time to Keynesian economics is literally, backward thinking. 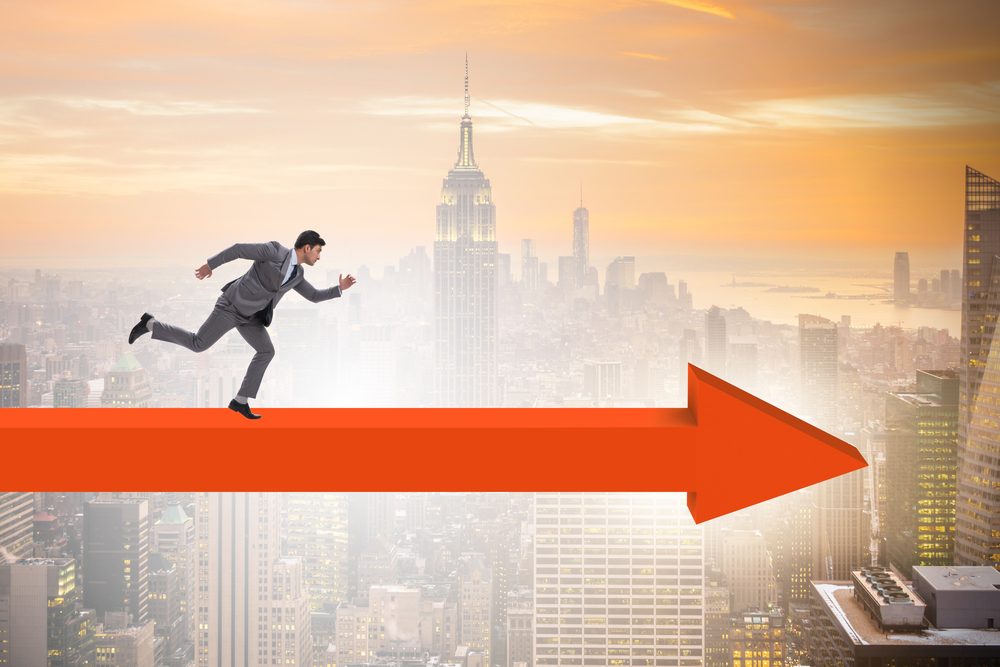 There is a third option, one that first the new reality in front of us as we march head-on into the 4th Industrial Revolution. We have the opportunity to put rules in place that puts human wellbeing front and center in our society by changing how we see the economy at a fundamental level. We need to learn a bit from all the past theories and how they worked out, to develop a brand-new way of divesting the planet’s resources and divvy out the returns on generations of investment in figuring out how economies succeed or fail for the Earth’s population. Artificial intelligence, robotics and our understanding of the physical world should serve humanity. We are standing on the shoulders of our forefathers. We learned. Now we need to break free of the mold and reinvent our society for the better.

The reason we have an economy in the first place is because we need to consume goods. That’s our demand as people. To consume, we need to produce and manage resources (the economy).

A long time ago, it was hard to extract natural resources and took lots of energy and time to convert these into usable goods. We used our intelligence and physical power to produce and manage production so we could consume. We figured out a way to redistribute the produced goods to our population-based on merit. In this case, money was used to compensate each adult based on their participation in the economy.

In a few years, automation will be responsible for all of our productivity. The amount of work done through automation will only increase in time. McKinsey Global Institute released a study in 2017 showing that over 50% of all paid tasks can be automated using today’s technology.

This should be good news! We’ve done it, everybody! Soon, we’ll no longer need to take part in the production and management aspects of the cycle. We can soon just focus on what we really wanted in the first place: to consume.

But no. We’ve been in the system so long that we forgot why we were working. No one wants to work for a living. We just want the living part. 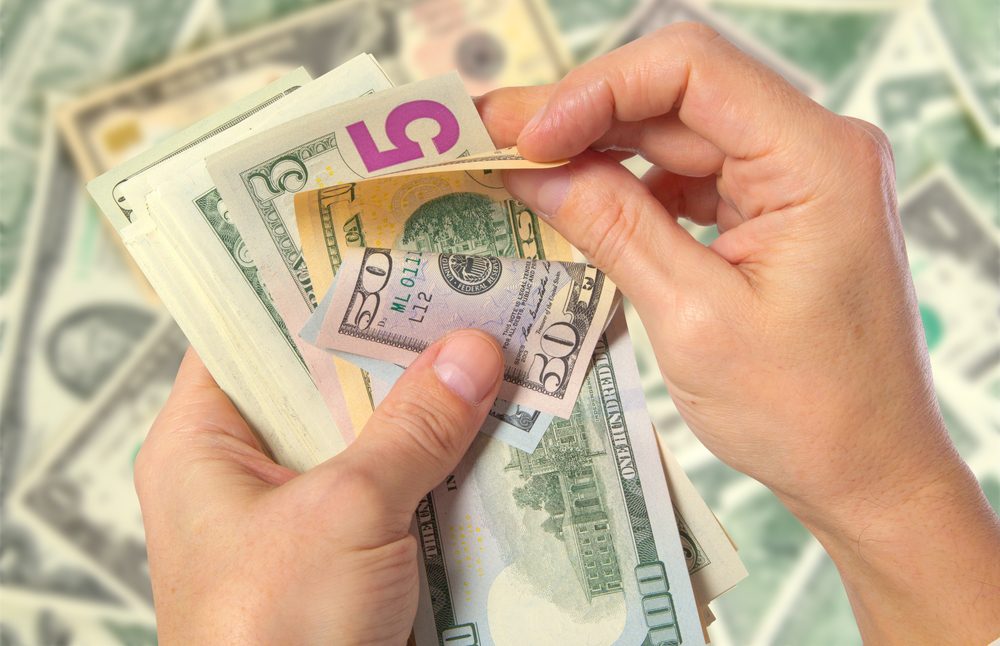 We should adapt how we see the economy based on what we’ve learned so far:

Unfortunately, when we talk about how AI and automation is disrupting and full-time jobs, many politicians and experts are doing their best to keep the systems intact by proposing things like:

Instead of resisting automation, let’s embrace it and engineer a system that serves us. We want to abandon ourselves to consumption and our passions. We can, in time, fully automate the economy. The most difficult part is figuring out how to transition from what we have today to a future where AI and robotics can take over. We need to figure out the specific role of government as regulators and the private sector as free-market players in this transition. We learned our history lesson. We can avoid dystopian science fiction scenarios if we just think proactively and plan our future society before it is too late!

We can get everyone what they need to live well. We need not work for the right to live. Implementing a thoughtful forward-thinking system like what I have described in my article A Fully Automated Economy would save millions of lives every month, worldwide. Energy is abundant and cheap (solar power is now cheaper than coal power), we have enough understanding of the biosphere to transform natural resources in an environmentally sound way so we never run out (energy is transformed, never created or destroyed, First Law of Thermodynamics, and matter is energy, Albert Einstein’s E=mc2).

We have everything we need to start a Golden Age at the end of the 4th Industrial Revolution. What are we waiting for?

Sylvain Rochon Sylvain is an international keynote speaker, futurist, entrepreneur and author of the non-fiction book "Engineering Paradise: Are You Ready?". As an entrepreneur, he supports and runs entertainment technology, digital media and international infrastructure funding businesses with multiple partners from around the world. He has a bachelors degree in biochemistry, chemical engineering and education from the University of Ottawa, Canada, has taught from high school to university for over 20 years and has been public speaking for over 12 years. In addition, he currently is a delegate of the World Future Society, a principle at the Canadian Institute of Mass Communication and is a Certified Master Entrepreneur Facilitator & Coach. His passion is now writing and speaking about how artificial intelligence will completely change our society and our economy through articles, other publications and other media formats like video and podcasts.
« Hardware Startups: 3 Strategies For Succeeding
Collaboratively Label Tweets the Easy and Free Way »