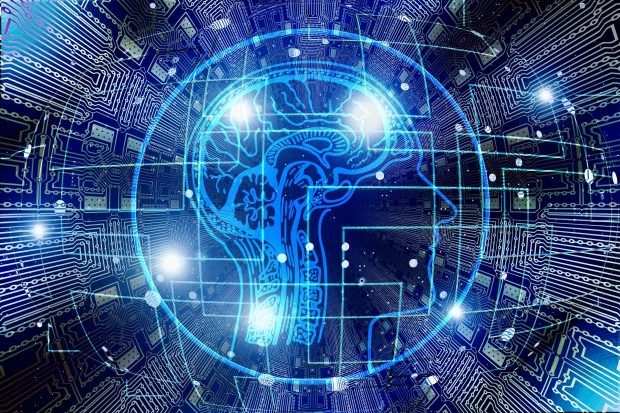 I have a bit of a love-hate relationship with social media. I read what others have to say to be pissed off enough to be inspired to write in hopes of stirring up a discussion, which then in turn pisses me off to write some more to stir up some more. I guess I am asking for it!

A couple of recent short quips from me got some interesting responses. Here is one:

Me: “Many of the challenges in implementing effective data governance has to do with the misguided notion that it is about governing data. Data cannot be governed; they are inanimate. Rather, it is the *people* who handle and use data that are to be governed. Even the most sophisticated AI has its origin in people.”

To which, a data professional responded: “data can be governed.” (I do realize this will depend entirely on the definition of “governing.”)

Here is another one. There was a post that drew a parallel between classical programming/machine learning and deductive/inductive reasoning, implying that it was the computers that did the reasoning. My response:

Me: “I get the idea, but it’s not the computer doing the reasoning but rather the person behind the programming who is doing the reasoning. A computer just receives instructions on making it happen. Let’s not assign computers powers they don’t have and let’s not further perpetuate it by our own kind.”

The original poster in turn responded: “computers can reason.”

I can say many colorful things, but it is probably in everyone’s best interest for me to refrain from doing so.

On a philosophical level, these arguments present a different perspective that makes you think. I am a self-proclaimed champion for diversity in perspectives—I believe it is necessary to keep us well-grounded and effective in whatever you do, especially in data and analytics. However, I am virtually certain from the context of these exchanges that the sentiment of these comments was not getting at something deeply philosophical, and I am really uncomfortable with this at the expense of humanity.

If I had a relatively large team of data professionals, I would want a handful who are philosophically diverse this to bring a different perspective. But it will be harmful if your data team consisted primarily or even completely of people who honestly think that data and computers can take on responsibilities that we hold nearly sacred as humans. When you have a smaller data team, or when you are still in the early stages of your data and analytics endeavors, it is far less forgiving and more susceptible to bigger disconnects between business and data. This is one of the key reasons who you hire as the first analytics professional is so critical—it can make or break the analytical future of the organization.

I have seen plenty of instances in which these perspectives are the tactical mainstream. It is all too common and can be explicit, implicit, or even unintended; sadly, these views are often perpetuated by data professionals who should know better and by misguided business leaders who implicitly and unintentionally let data and analytics assume roles and responsibilities that should be uniquely human. Like owning decisions. Like accountability.

As popular as it is, I cringe when I come across the term “data-driven.” It underestimates the role humans play in decision making. Data are important, but they do not drive us; they simply allow us to “do human” better by giving us an opportunity to be better informed. If we allow data to drive us, we allow ourselves to be subservient to data; we are not fulfilling our duties of doing human things. I prefer “data-informed” or “data-oriented,” if we really need something.

I also submit that a “data culture” is as much a thing as an “Excel culture.” Data is a tool that people use, and cultures do not form around a tool. if we are letting a tool define us—not help or supplement—how we behave, then we are just being lazy, and we deserve the resulting confusion.

Take the democratization of analytics as an example. So many attempts at this end up in analytical anarchy; this has to do with the prevailing interpretation of democratization of analytics that focuses on technical availability and accessibility, while almost always missing one critical factor—governance—of people who use analytics, of course. As well as not properly attending to the genuine need to collaborate and share with other humans which makes our days fulfilling and rewarding, among other human things.

I worry that we are either not aware of, erroneously coming to terms with, or worse, getting comfortable with, the idea of dehumanization in data and analytics, well before we get to the concerns of artificial intelligence taking over the humanity. It is as if we are allowing or even promoting that to happen. Data and analytics, including artificial intelligence, are nothing if not human-centric. We will all be so much better off by putting people first and use data to support us in being more human.

Michiko Wolcott Michiko is currently the managing partner and principal consultant of Msight Analytics, a management consulting firm specializing in data and analytics. Backed by 20 years of experience in analytical project execution and delivery, she has helped organizations of all sizes in the development of enterprise capability and effectiveness in data and analytics. She has led multi-national analytical consulting practices, with clients and colleagues from across the globe in financial services, media and communications, retail, healthcare, life sciences, public sector, as well as humanitarian response and disaster management, and has spoken at many industry conferences and forums. Her prior responsibilities include serving as the Lead Data Scientist at North Highland and leading the international analytics practice at Equifax as the Vice President of International Analytics. Michiko holds a Master of Science degree in Statistics from Florida State University among other degrees from Florida State University and the Peabody Conservatory of the Johns Hopkins University.
« Party Round? When Startups Should And Shouldn’t Take It
Employee engagement: Who do you trust? »