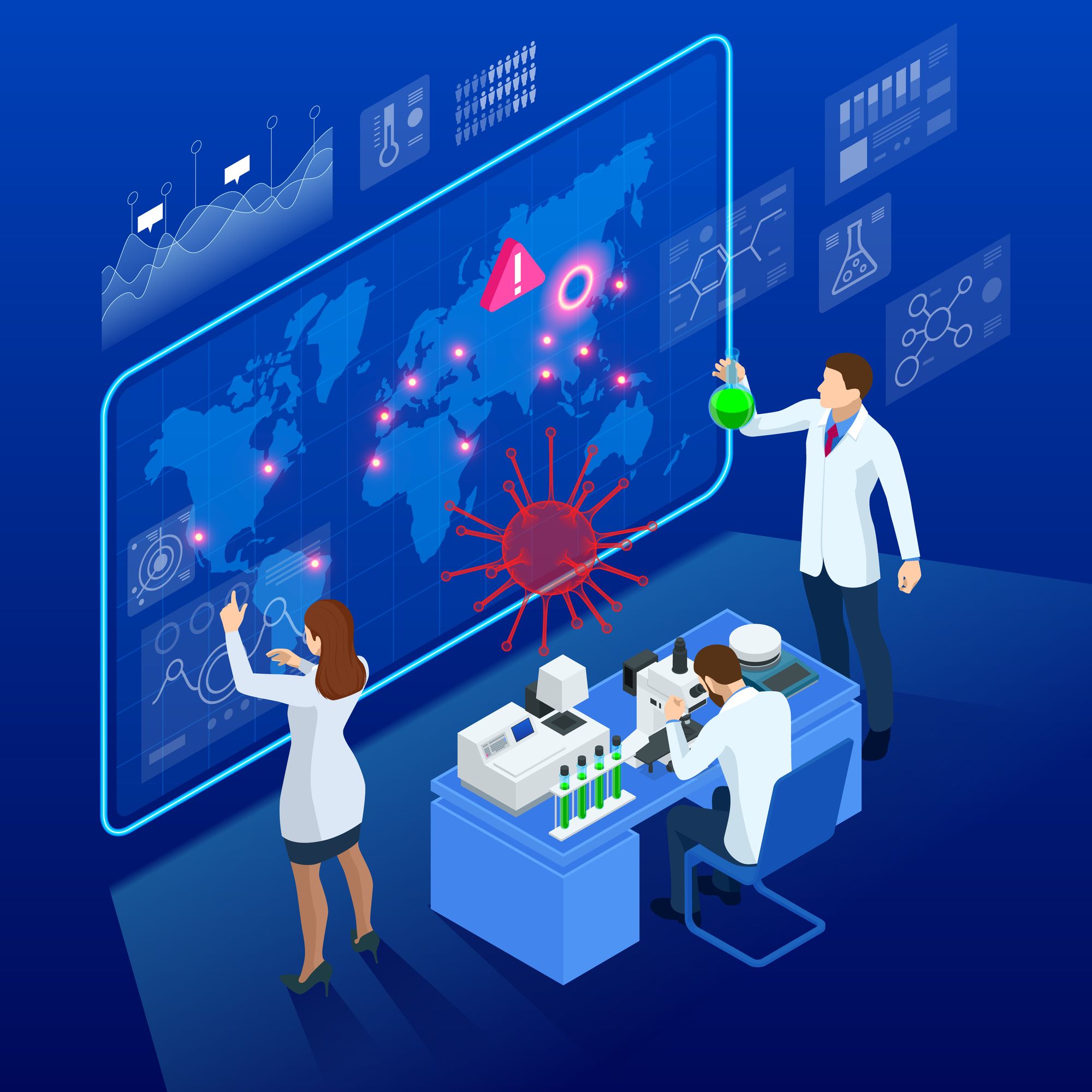 Compared to the SARS outbreak 17 years ago, the Covid-19 outbreak is more severe in multiple ways, such as longer incubation time with limited or no symptoms, more contagious, multiple ways of infection.

As progress is being made in China (as well as South Korea and Japan) in slowing the spread, how to resume work and production has become a top priority. Previously if you were going out, you would be faced with 3 typical, and some may even say philosophical, questions “Who are you? Where are you from? Where are you going?” Now, you would be facing a fourth one “Are you feeling okay?”

Take myself as an example. I am in Shenzhen, Guangdong. Guangdong Province was the very 1st province to declare a public health emergency (around 25th January). To go out, I need an access ticket from my community management office, and additionally I have to get tested for body temperature several times when I am going to a mall (one test at the entrance of the mall, another at the restaurant, another at Starbucks when I buy that expensive but oh-so-good coffee). And when I go to the supermarket to buy food, I have my temperature taken more than 3 times (once at the door, once entering the supermarket, and then once when I buy a coffee again—I know, I’m an addict). If you are going back to work, companies in Shenzhen are requested by the government to prepare masks and disinfectant for workers when they resume work.

BUT as the epidemic has been controlled and eased, there are also more complex scenarios in travel and daily commute such as – do the residents returning from non-outbreak areas have to be quarantined for another 14 days? Can the residents return to the community after going on a short business trip? Can non-residents (such as delivery man or postman) enter the neighborhood? The above scenarios render many of the offline checks described above obsolete or useless.

That is how digital ID (aka directly translated as “Health Code” in English) comes as an efficient and effective solution to supplement offline checks.

How does Health Code work?

After the Spring Festival (starting from 22nd February), Tencent and Alibaba almost at the same time launched a product called Health Code in response to assist Shenzhen and Hangzhou governments to resume work and production. Health Code is a QR code with personal health information registration (such as current residence, whereabouts for last 14 days, etc), and it is a feature update based on existing products – Tencent’s Wechat and Alibaba’s AliPay. (A bit of background here: Most Chinese have Wechat and AliPay, and both are becoming like an Ultimate App for integrating a variety of public services. Imagine using Facebook to not only communicate with friends, but also be able to pay your utility bills, make doctor’s appointments, call an Uber, check reviews on Yelp, etc. Think of Facebook, but on steriods).

By the end of February, Tencent Health Code was promoted quickly across 20 provinces after being implemented in Shenzhen, and Alibaba Health Code was also widely used in over 200 cities. On 29th Feb, National Government Affair Department promoted Health Code nationwide, bringing and accelerating the deployment of digital ID among citizens.

The Health Code has solved many challenges

1.    Replacing paper passes, the Health Code becomes an e-way to prove a resident’s identity and health status. It’s a great way to have info filled via mobile phone to avoid cross-infection;

2.    Online data collection is convenient for epidemic information summary and analysis, which saves local CDC a lot of time in recording and reporting compared to filling manually;

3.    Using the Health Code as a ‘protocol’ in urban epidemic prevention greatly improves the efficiency in residents’ daily commute and community’s frontline testing/check;

4.    Due to data real-time updates, CDC can take action when necessary in response to new emergency.

How does the Health Code work?

Meanwhile, an individual’s cellphone number is also important information required as the backend system can verify the whereabouts of the individual within the past 14 days, by using big data provided by mobile carriers.

Through Covid-19, we can see the technical support logic behind digital ID: First, a unified authentication system (based on citizen ID) to ensure one person one ID (Health Code), with easy access for nationwide coverage. Second, cross-reference to other datasets from medical, airline/railway, mobile operators can verify the information accuracy and efficiently locate suspected patients.

In theory, via the residents’ reporting and system’s data analysis, the Health Code system can determine whether a person has risks of Covid-19 or whether a person has close contacts with the infected. But there are also many technical issues during this process as it only took 1 week from development to launch. Furthermore, there are millions of users with high frequency usage every day.

By mid-March, Tencent’s Health Code had accumulated 1.6 billion visits, covering 20 provinces and 300 cities. Therefore, this application must be adaptive and agile in product improvement as there are new product requirements based on scenarios which were not considered when the product was designed initially.

The primary issue is data sharing across regions. During the early stage of the outbreak, almost every region was building its own Health Code system based on Tencent Wechat and/or Alibaba AliPay, for its own epidemic prevention and population control. However, with increasing cross-provincial travels to resume work and production, it is necessary to recognize the Health Code data between cities and provinces.

So far, there is some progress in major labor export provinces such as Zhejiang, Guangdong and Sichuan, Hunan, Henan. The government is paying more attention and investment in the data platform and data sharing to improve administration efficiency and decision-making.

Another issue is system judgment accuracy.

A YELLOW or RED code means medium or high risk of infection and the individual has to be immediately quarantined for 14 days. So how to make an accurate risk warning, but at the same time avoid false alarms among the healthy individuals?

Currently it relies on telecommunication data provided by mobile operators to check whether a person has been to contagion areas in the past 14 days. But there may be some false results especially in areas around province borders as the location information is determined by the network interface where the mobile phone visits.

What’s more, the Health Code has to gradually integrate network-wide data (like transportation, healthcare, etc) for a more comprehensive judgment, in case somebody is not willing to disclose the information truthfully. Also, data security and privacy protection are a priority in data regulation.

The outbreak of Covid-19 pushes this national application that will benefit more than a billion people in such a short period of time. Not only does the Health Code address the tough issue of people’s transportation and infection traceability, it also is an experiment of how to empower and motivate the frontline (gov departments, communities, citizens) to work as a flat social collaborative organization. It also achieves what may have taken months for public administration to finish collecting and summarizing the citizen data in the traditional way, at a much reduced cost.

Behind digital ID and the Health Code, even more valuable is the health information flow which reaches a higher level of digital transformation of government data platform, especially with increased urbanization.

There is so much imagination here. For example, with the citizens’ data authorization, the Health Code data can be connected to citizens’ medical insurance and medical treatment system, and customize healthcare proposals according to regular examination, medical treatment as well as social security plan and personal investments on healthcare. This can also provide a lot of flexibility to commercial stakeholders like insurance companies. For example, for those who do regular physical examination or exercise, insurance companies can consider giving insurance incentives or premium waivers.

As China is planning its new infrastructure in the next decade focusing on 5G network, data center, and artificial intelligence, the Health Code is a pioneering step to a comprehensive digital society. Looking forward, it will take years to accomplish this vision, but the very first and key step here for the government is to solve the data fragmentation problem. Solving this will not only achieve data sharing across different regions, departments and domains, but will also provide multi-dimensional value for citizens through the use of big data analysis.

Taking a step back, Covid-19 is a very unique situation, where citizens were required to disclose their health data with almost unobstructed access, for the good of themselves as well as for the greater social good. In the future, how to make people willingly share their own health data, which requires many stakeholders to make great efforts, will still be a challenge.