Defining ‘Life’ in the Time of COVID-19 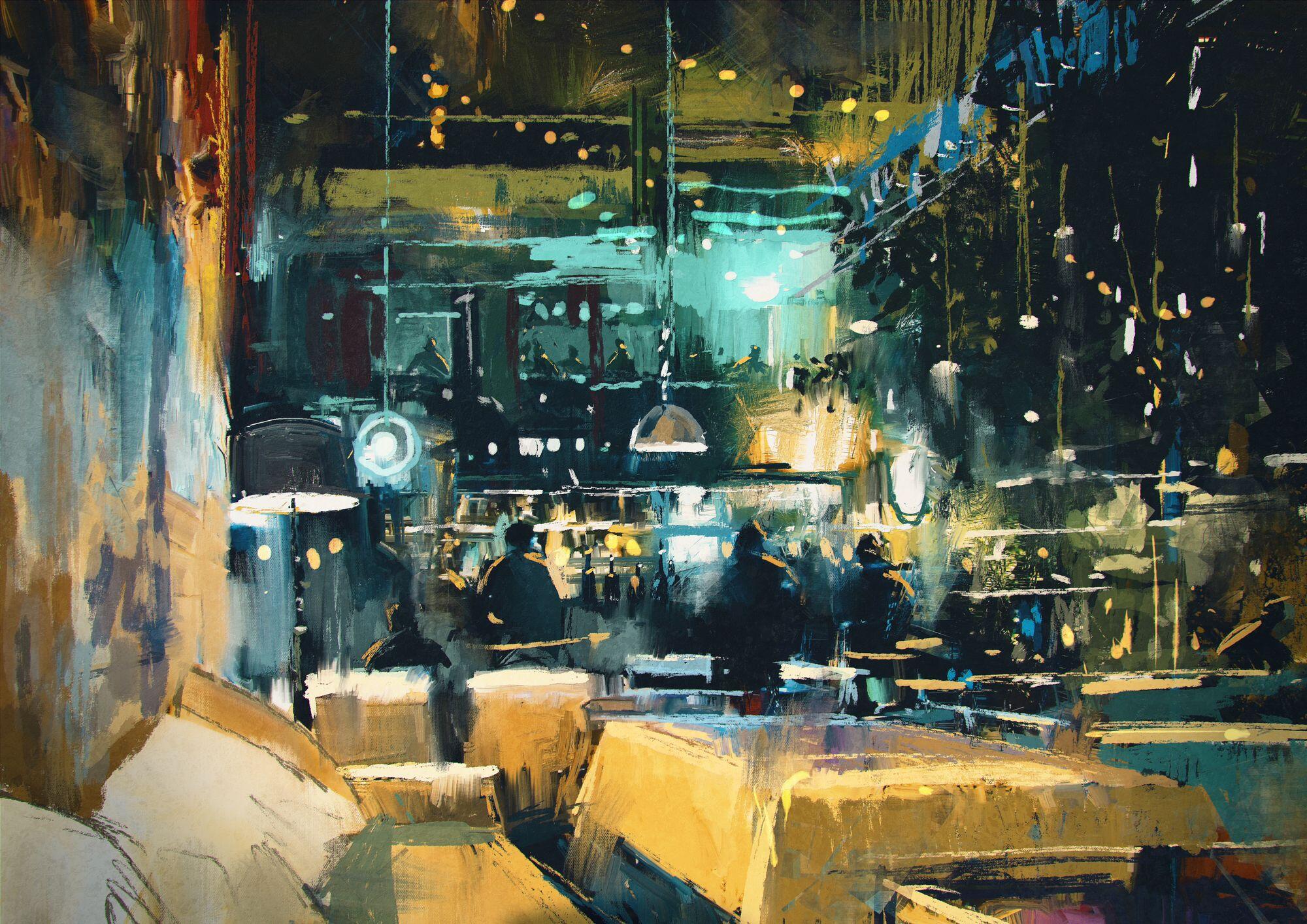 My wife and I are approaching a month of self-imposed isolation to avoid getting the coronavirus. We are both over 70 years old and have pre-existing conditions that make our fending off this disease highly desirable.

I keep reading and listening to people talk about the future after this pandemic has ended or been harnessed so we can return to “normal,” but do we really understand what that means? Returning to “normal” is returning to where we were before and going on with the same attitudes, behaviors, and beliefs. It means ignoring what we’ve been through and the very high price we’ve paid in every measurable way. The economy, regardless of the electronic herd driven market, is apt to be in far worse shape than is being suggested. It isn’t difficult to see and project the effects of a 25-30% unemployment ripple across our society and its impact, without consideration of what is taking place elsewhere.

While the pundits and media focus on the financial costs and other surface fallout no one is talking about what is being lost. The number of people who will have died and the loss of their talents cannot be calculated or undone. No one is mentioning the wealth and resources that have been squandered. No one is talking about what has gone extinct never to return. No one is discussing the shattered dreams. No one is recognizing our political system is not only broken but in shambles. We may look the other way and try to ignore it, but not for long.

The nightly news shows us people lining up to thank first responders for their service and sacrifice or their appreciation and gratitude, but if that is all they do then the service and sacrifices by our healthcare and first responders are largely in vain. If we don’t work to change the existing system to something better and more humane, the gratitude expressed is an empty gesture, and nothing more.

America’s primary foundational document, The Declaration of Independence, written 244 years ago stated clearly our priorities as a free people uniting in association with each other to create the United States of America. We all know the words, “We hold these truths to be self-evident, that all men are created equal, that they are endowed by their Creator with certain unalienable Rights, that among these are Life, Liberty and the pursuit of Happiness.”

Most of us are probably unaware that when the U.S. Supreme Court hears a case that consideration is given to each of these three very important concepts: Life, Liberty, and pursuit of Happiness with the concept of ‘Life’ being of primary importance. What does ‘life’ mean? Obviously, its meaning has been disputed from the beginning and has often been defined in very narrow terms.

We allowed our brothers and sisters of dark skins to be brought here against their will, enslaved, used, and abused as their master owners saw fit. We defined indigenous peoples as not being truly human. They were seen as savages standing in the way of attaining our desires and fulfilling our ambition. We took their lands, raped their women, and murdered them. Then we exterminated the cultures and memories of the few who survived. We brought Chinese and Japanese here to build our railroads, cities, farms, and industries and then discriminated against them in every conceivable way. We put Americans of Japanese ancestry in concentration camps supposedly to protect the rest of us but in reality, as an excuse to steal their lands and livelihoods. It would seem the pursuit of happiness by a few superseded the lives and liberty of others.

What does ‘life’ mean? As we overcome and reach the end of the coronavirus pandemic, I hope we take time to examine where we are and come to a better understanding of what those three foundational concepts mean.

Of course, whenever anyone is resolute and audacious enough to propose policies beneficial to ordinary Americans, we immediately hear the repetitive chorus of “How do we pay for it?” Policies such as, a Green New Deal to fight climate change, having single-payer Medicare to control healthcare costs, universal preschool for childcare, a living wage for everyone, getting rid of student debt, or having some form of Universal Basic Income are immediately challenged and the subject changed by throwing out the “How do we pay for it” question.

Interestingly, no one asks this question about the wealth being squandered to fund the bloated military budget and the military-industrial complex. Few ever question why we have 800 military bases outside the U.S. in more than 80 countries. Few question the human and political cost of the drone program that kills men, women, and children indiscriminately. Questioning the CIA’s and NSA’s snooping and collecting data on every American are rarely heard. While ICE’s behaviors and operation of prisons and concentration camps (aka detention centers) have received some attention, they are mostly passed over by media, and challenging the billions of dollars of corporate welfare or tax cuts for the wealthy are virtually ignored. Our problem is not one of affordability, it is a problem of political will and courage. 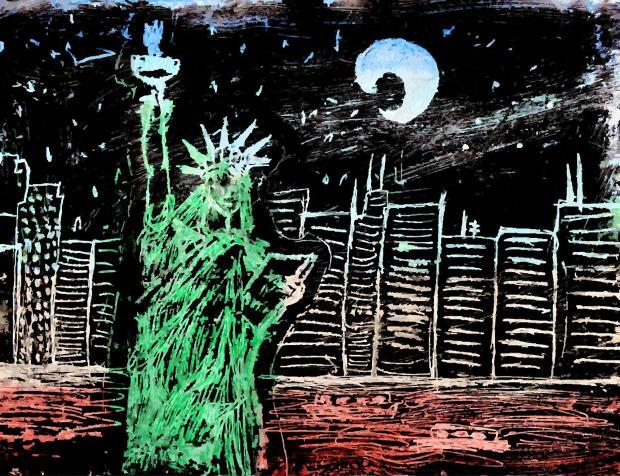 As I confine myself and avoid close contact even with those I love it’s hard not to think about how we find ourselves where we are. Watching the tragedy that passes for governance at the highest levels, I can only view the ignorance, petty vindictiveness, and general insults to our collective intelligence as an intolerable disgrace.

The most basic role of government to lead us in times of crisis seems to have been lost, forgotten, or ignored. It seems those we’ve chosen to lead us are incapable of leading. We are all in this pandemic together. There is only us. We need to embrace the idea that all people are entitled to access to the same level of healthcare regardless of our pocketbooks. We need to embrace that we are entitled to a living wage, that there is dignity in all work, and we are all entitled to respect regardless what job we hold, our age, ethnicity, gender, gender identity, or any other means used to separate us from each other.

My wife and I, my family, my friends, and neighbors are not self-isolating ourselves to end the pandemic caused by the spread of this virus only to return to what was “normal.” That no longer will do. We want to see us come together to change our society and ourselves. We want to live in a society where people and their welfare come first. We are no longer satisfied or want a society concerned primarily with shareholder profits being the bottom line. We want a society where the health and welfare of all our people are paramount and the real bottom line. We want a society where our founding principles of Life, Liberty, and the Pursuit of Happiness reflect what is most precious and important first and foremost.

Jerry Lawson Writer/ghostwriter/essayist (www.jerrymlawson.com), freelance journalist and artist. As a historian and biographer, Jerry operates a business focused on writing memoirs, biographies, and personal histories for private clients. Jerry was adjunct professor teaching history and government at several universities and worked as a reporter, editor, and managing editor of a newspaper. He acquired other experience working in industry, business, and banking. A recognized artist creating mosaics using hardwood scraps and pieces that are other’s trash. I live to write, create and make things using whatever medium is available. I am an explorer. I investigate, follow, and ponder whatever opportunities and issues life presents. I am curious about all things by nature and my interests and my writings and art are as varied as my experiences.
« Love the Language and the Best Writer in You Will Show Up
Can AI be fooled? »