When Caution Becomes a Cage: A Case Study of Over-Regulation in Swiss Banks 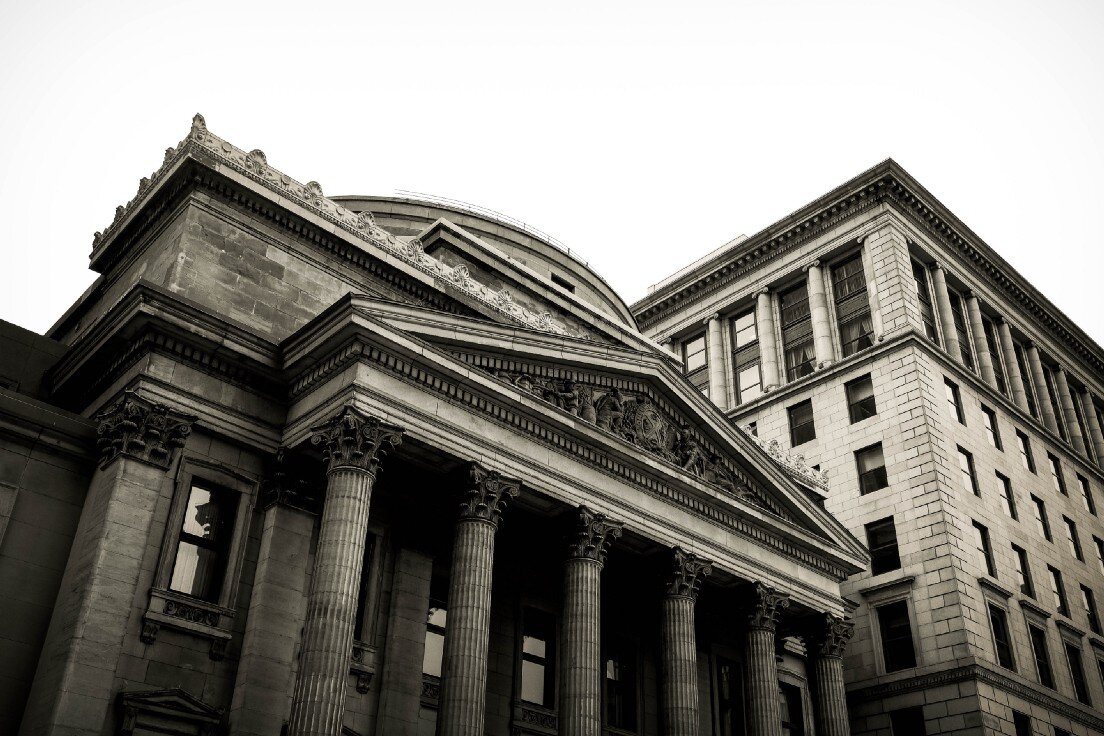 Regulation — it’s a metaphorical referee on the financial industry’s playing field, standing ready and willing to ensure that everyone in the industry adheres to the rules. When implemented well, regulatory forces protect consumers and create an even course for banks of all sizes and clienteles. However, not all regulation exists within a best-case scenario. Like a referee whose whistled interruptions take longer than the game itself, too much oversight can make it difficult for banking “players” to go about their work and, by extension, become a frustrating source of poor service for consumers.

Over-regulation is a problem in financial markets across the globe, but none so much as the Swiss banking sector. For years, Switzerland’s banking industry was near-synonymous with discretion, top-tier service, and banking talent. Even today, the country claims over a quarter of the global market share in cross-border asset management and private banking, encompassing roughly CHF 7291.8 billion of assets — and perhaps more in the future. Analysts at Goldblum, a Swiss law firm that has a particular focus on the banking and finance sector, suggest that these assets are likely to grow as much as 3–4% annually until 2021.

Despite its objectively impressive holdings, however, the privacy and gold-standard international service that Switzerland’s banking industry is so well-known for have been slowly eroding under the pressure of increased regulation. As James Nason, a spokesman for the Swiss Bankers Association, commented in an article for U.S.-based CNBC, “The QI regulations are definitely slowing banks down when it comes to Americans opening Swiss accounts […] It’s a lot of regulation for these banks to conform with.”

QI, as Nason points out, has posed somewhat of a challenge to the Swiss banking sector’s reputation as a global hub for discreet wealth management services — at least for American consumers. Since its implementation in January of 2001, foreign banks must report all earnings received from the U.S. and the names of the beneficial owners. Banks can partially sidestep this requirement by becoming a “qualified intermediary” (QI); such a certification would allow a bank to maintain its secrecy if it follows strict regulations. Yet, even when working through a QI, U.S. citizens would need to disclose their identity to the IRS before putting money in the bank.

In the decade-plus since then, regulatory pressures from and beyond the U.S. have continued to bear down on Switzerland’s privacy-centered banking priorities, eroding the banking sector’s ability to provide confidential, welcoming service to international clients. In September 2018, the Swiss Federal Tax Administration announced that it had begun automatically sharing client data with tax authorities in dozens of countries across the globe.

The oversight might sound great at first; after all, it helps authorities prevent tax evasion and crime. However, rules meant to prevent both have been in effect for decades already. Much of the push for more regulation roots in stigma and misconception, rather than fact. To quote one wry journalist in an article on the matter: “Mention the words Swiss bank account, and it can bring to mind corrupt politicians hiding vast sums of money, drug lords laundering ill-gotten gains or filthy rich American citizens trying to avoid paying taxes.”

However, the picture that such statements paint isn’t reflective of reality. Swiss banks have long been explicitly forbidden by law to accept money that they suspect to be the result of a crime. Numbered accounts, too, aren’t nearly as cagey as popular perception would suggest; depositors do have to provide their names, although such personal details are kept confidential and are only accessible by top-level bank managers. However, Switzerland has always valued its discretion and worked hard to protect it — in 1934, the country resisted France and Germany’s efforts to divulge depositor info by passing a law that banned such information-sharing. In 1984, 73% of the population similarly voted to keep bank secrecy.

Discretion and excellent service drive the Swiss banking sector’s success — or at least, it once did. Now, new (and arguably overbearing) regulations pose real and negative repercussions for how well Swiss banks can serve their clients. Since the new legislation, bankers have faced mounting pressures to treat potential clients with suspicion and prioritize ever-increasing regulations over sensitive and effective service. Like the overactive referee referenced at the top of this piece, an overbearing regulatory framework can slow or even hurt the very industry it’s meant to help.

One 2018 report on the state of the Swiss banking sector found that, in the wake of growing regulatory requirements, “The environment remains characterized by VUCA — volatility, uncertainty, complexity, and ambiguity. The efforts to implement the remaining high number of regulatory requirements are reflected in banks’ margins and cost structures. Proven business models are questioned in combination with the challenging macroeconomic environment with record low (negative) interest rates and a demanding investment environment.”

These uncertain circumstances are far from ideal, as they leave financial institutions, bankers, and consumers alike struggling to find their footing and achieve the successes which were nearly a given only a decade ago. 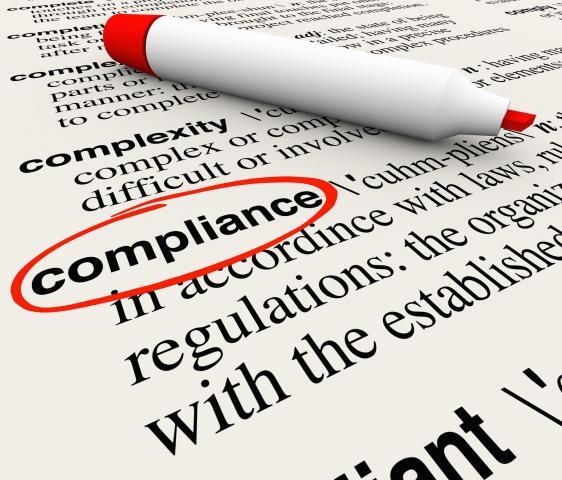 Complying with new and restrictive regulations can pose a real cost to banking regulations. These expenses include but are not limited to: the direct costs of hiring new compliance personnel, purchasing new software, and spending time restructuring non-compliant organizational structures. Banks may face other, more indirect, financial barriers if they — understandably — embrace a risk-averse mentality in response to the higher fixed costs and the increased potential for costly legal fees and enforcement penalties.

The sheer expense can create a need for structural realignment — and in Switzerland, has led to significant job losses. According to the Goldblum report mentioned earlier, the organizational change regulatory shifts demanded ultimately contributed to a pattern of negative job growth between 2016 and 2017. Analysts write, “The 93,554 people employed by banks in 2017 were 7,822 less than those in the previous year.”

While Goldblum’s analysts expect the banking job market to recover, the downturn does indicate that, at least in the short view, increasing regulation can have a decidedly negative impact on the organizations and individuals working in the sector.

No one likes to be treated with suspicion and disdain when they make highly-personal financial decisions; yet, such negative consumer experience can be a by-product of over-regulation. As mentioned above, Swiss bankers currently face ever-increasing pressure to ensure that the clients they take on are not bad actors. This priority is understandable; however, it forces bankers to strike a delicate balance between conducting due diligence and offending the client. Worried bankers might begin to treat all of their prospective clients with a degree of coldness and suspicion to be on the safe side, but inadvertently poison their relationship with the client during its earliest stages.

This approach can be costly, given that researchers have found that almost half of all consumer complaints about banking services relate to the opening, closing, or managing of their accounts. Poor service early on could lead to less customer trust and cause the bank to lose out on potential referral income. According to one study conducted in Pakistani banks in 2012, banks that focus on customer loyalty experience tend to enjoy longer client tenure and see more customer referrals than those who do not. Thus, organizations that prioritize regulatory suspicion over client service may, in the long run, lose loyal customers and potentially lucrative connections.

The Swiss banking sector has long stood as an example of what internationally-focused banking should be — but with the onset of heavy restrictions, it’s become a case study for the opposite. Banking institutions and legislators alike should take note of the Swiss banking sector’s devolution and avoid implementing potentially harmful over-regulation before it grinds industry achievement to a similar halt.

Norbert Wicki Norbert Wicki is a Swiss-trained financial service professional and business leader. Currently, he resides in Dubai, where he serves as the founder and president for WETEC, a consulting firm that strives to provide top-notch project management and financial consulting services to clients in the Middle East. WETEC has a particular focus on guiding European clients in their business efforts abroad. In the past, he has stood in prominent leadership positions at several well-regarded financial institutions including Dresdner Bank, BNP Paribas, and UBS, as well as founded several independent consulting firms. A bedrock of formal training supports his wealth of practical experience; Wicki holds a matura in economics, a master’s in jurisprudence, and a certification as a Chartered Financial Analyst. Now and in the future, Norbert Wicki will use his abundance of experience to boost his clients towards success.
« Unleash the superpowers of soft skills
Millennials and Generation Z. A rented dress sounds sexier than a loan »

Steps to Electromobility in California