Women only account for 28% of the workforce in the STEM fields. In 2020, this isn’t how the STEM workforce should be represented.

As innovation becomes more and more crucial with the increasing impacts of global issues, it’s essential that there’s diversity in the STEM fields to ensure that new innovations address everybody’s needs. If women are not a part of the engineering process, the experiences, necessities, or desires that are specific to women may be neglected, and they’ve been neglected before. For instance, when airbags were first created, they were made to suit male bodies, which resulted in preventable deaths for women and children. Therefore, we must ensure that fatal mistakes like this aren’t made in the future. To do this, more women need to become a part of the STEM workforce, and society needs to tear down the barriers keeping them out of the fields. In this article, I will discuss the root causes of the gender divide in STEM, and how you can help end it.

Cause One: Lack of Female Role Models

As a young woman who’s interested in pursuing a career in the technology field, I’ve seen a lack of female role models in this field that I can admire and aspire to resemble. This lack of female role models in STEM can cause young girls to decide not to pursue careers in these fields, because professions in the STEM fields become associated with men in their minds. If young girls don’t see other women in STEM professions, they begin to doubt their own competency for a STEM job. One study found that girls who knew of role models in STEM had a 12% increase in their interest in the STEM fields, and evaluated themselves higher when asked about their performance in STEM. Therefore, role models are essential to inspire and reassure the next generation of female change makers that they’re just as competent as men for STEM professions.

Additionally, women may be discouraged from pursuing STEM careers because of the sexism present against women in STEM in the workplace. According to an article published by Harvard Business Review, 53% of the women in STEM that were interviewed discussed facing backlash for behaviours such as being assertive or voicing their opinions. The socially-constructed gender roles of society are definitely against women in STEM, because these roles state that women should be passive and men should be more assertive. Gender roles don’t work in STEM workplaces, or any workplace for that matter, because women need to be very hands-on in their roles and can’t be passive with their opinions. Therefore, because the gender roles don’t conform with women in the workplace, sexism begins appearing. Facing this type of behaviour from colleagues can be exhausting and discouraging for anyone, so it’s no wonder that this could be a factor that’s driving women away from STEM.

Additionally, sexism against women in STEM not only exists in the workplace, but in the education system as well. For instance, I’ve experienced being overshadowed by male classmates during engineering or robotics projects, as they felt a sense of superiority when it came to technology. This is in spite of the fact that I had taught myself programming skills that few other members of my graduating class knew. A study done by Microsoft discovered that most girls’ interest in STEM begins to wane as early as the age of 15. Sexism against girls in STEM subjects at school can definitely play a role in that, and more needs to be done to prevent this early drop-off of girls in STEM.

Cause Three: Enforcing Stereotypes About Women in STEM at a Young Age 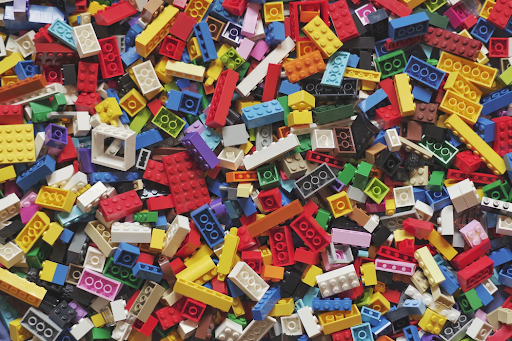 Some girls aren’t even able to begin cultivating an interest in STEM because of the stereotypes enforced in them when they’re young. For example, young boys are often given more STEM-related toys to play with, such as blocks and Lego. Some people refrain from giving girls the same experience with STEM-related toys as boys, so girls begin to make associations with STEM and men at a young age. This occurs because adults that provide the toys are placing their own bias against women in STEM on children by providing toys that are perceived as gender-typical for the children. This causes the kids to become less flexible with the types of toys they play with as they get older, and causes a disproportionate number of males to be playing with STEM-related toys than females.

Additionally, the media reinforces the message that boys should play with more STEM-related toys compared to girls. None of the toy store flyers I ever saw as a child featured a group of girls playing with Legos, it was always boys. One psychologist stated that the images that children are exposed to are able to reinforce stereotypes and narrow their horizons, but they’re also able to create possibilities and allow children to believe that they have more choices. Therefore, if there’s more media representation in children’s ads of girls playing with STEM-related toys, perhaps the gender divide in STEM will begin to shrink. After seeing themselves represented in the media as being “competent” enough to play with STEM-related toys, girls will begin to feel more confident in their STEM abilities, which could potentially lead them to pursue a career in the STEM fields.

Cause Four: Biases Against Women in STEM 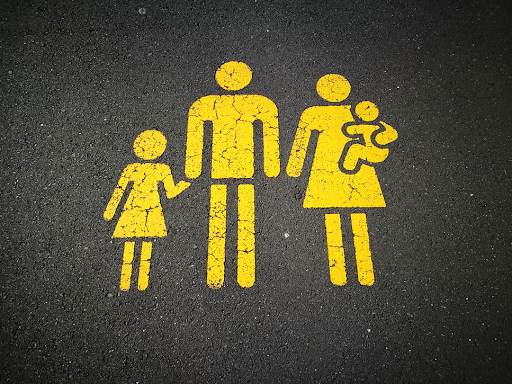 From the beginning of time, women have been discouraged from pursuing careers and participating in the workforce because society believes that they should be the “primary caretakers” of the family. These traditional beliefs have bled into the issue of the lack of women in STEM, and amplified it. According to one article, almost 66% of female scientists with children reported that their commitment and competence were questioned, and opportunities at work ceased coming their way once they had children. Socially-constructed gender roles definitely play a role in the lack of women in STEM, so society needs to deconstruct these unspoken statements in order to increase the number of women in STEM.

Furthermore, it has also become ingrained in our minds that women are less competent in STEM than men. According to an article from the Harvard Business Review, “Two-thirds of the women interviewed, and two-thirds of the women surveyed, reported having to prove themselves over and over again – their successes discounted, their expertise questioned.” To begin closing the gender gap in STEM, society needs to discard the old-fashioned belief that women are less competent for roles in STEM just because men have traditionally occupied those professions. Gender does not dictate a person’s ability to succeed in STEM, so society needs to unlearn this bias to increase the number of women in STEM professions.

How You Can Help Eliminate the Gender Divide in STEM 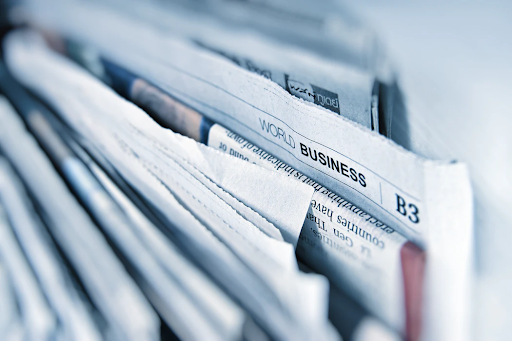 There are several factors that need to be changed to deconstruct the gender gap in STEM professions. To begin, the media definitely needs to become more focused on providing attention to the amazing accomplishments of women in STEM. With this change, young girls will be able to see the role models that’ll encourage them to pursue careers in the STEM fields, and help them become more confident in their own STEM abilities.

Call Out Sexism in STEM

We need to ensure that women in STEM are treated fairly, starting in the workplace and education system. Educators and leaders in the workplace should take more disciplinary action against people that perpetuate sexism in STEM.

Action Item: If you hear someone making a sexist comment at work or in a classroom, call them out. Educate them about the reasons that their comments are wrong. Furthermore, if you’re in a position of power in your workplace or if you’re an educator, ensure that everyone in your workplace or classroom is treated equally, and take action against those who are continuously perpetuating social injustices.

Equal Opportunities to Cultivate an Interest in STEM

If you’re a parent or an educator, make sure that you’re providing the same opportunities for girls to develop an interest in STEM from a young age as boys.

Action Item: Provide STEM-related toys for girls, including puzzles and Lego. Even if they don’t want to play with those toys, that’s totally fine! Just ensure that you’re not the person that’s limiting their options. Additionally, read books to children that feature women in STEM professions, such as the book Ara the Star Engineer! Seeing diverse representation in the STEM fields at a young age will allow children to become more accepting of the careers that they can pursue, regardless of their gender.

Furthermore, you can financially support programs that provide young girls with the opportunity to begin forming an interest in STEM. Some of these amazing organizations include:

Your actions have the potential to change the STEM workforce from being composed of 28% women to 50% women. Will you take action? Leave a comment down below regarding the actions that you’re going to take to help eliminate the gender gap in STEM!

Ramandeep Saini Ramandeep Saini is a writer who covers topics in emerging tech, such as artificial intelligence. She’s served as a consultant to companies such as Walmart Canada and Wealthsimple in the past, using her expertise in tech to guide them towards their corporate goals. In her free time, she runs an art blog and enjoys volunteering with local nonprofits.
« Welcome new hires as they make themselves at home
Capital Markets Governance 101 »

3 Replies to “Dissecting the Gender Divide in STEM”