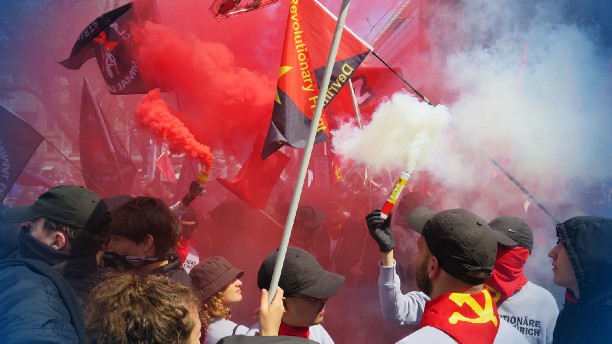 Why do many People still unconsciously believe in Communism despite it being Recognized in Times gone by that it does not Work?

The socioeconomic order structured upon the ideas of collective holding of the means of production and the absence of socioeconomic inequality is the core concept of a socialist system and on end-communist doctrine.

The feelings around socialism and communism, in particular, are mixed amid world population; The relationship that is one can describe as “Love and Hate.” Because the beautiful tree of socialism is rooted in the populace’s collective consciousness, however, to the irony of that, that tree is hardly fruitful, because it suppresses the growth and bringing out the best of individuals at its parturition.

The Human Individuality within the Social Framework

The balance between the human’s individuality and being subordinate to the society is continually changing. Some define “individuality” purely within the framework of the societal structure. Others believe it as the state of ultimate individual autonomy devoid of influence from the rest of the world. But the majority of the populace sees personal life somewhere within the extreme ends mentioned above. Those with strong social bonds believe in unity based on humane ideals, whereas, an individualist believes in independent collaboration. Despite the differences, they all share one thing that is inherent to every “Genuine” human being in the right mind; that is the need to seek help and accommodate others. The only difference is how and to what extent?

For example- we can spare a dollar to a needy and hold his hand (by redistributing fair opportunities) only with a contingency to find a job. Or we collectively fund limitless amounts of money to the poor through redistribution of wealth without establishing a competitive environment for him or even incentive to be self-sufficient. For the same reason, socialism and communist doctrine alike generally focuses on treating the symptom of the significant problem or “the fruitless tree” instead of addressing the root. Indeed, socialism has thrived throughout history because- “it sounds so perfect” more so convenient.

Society and the Collective Consciousness- a Roadmap to Individual Interdependence

The convenience of reaching out to others and vice versa, continuously along with the potential expectations that it carries among the community members, represents a fine line between individual sovereignty and utter loss of liberty. Collective consciousness is a slippery downslope that if one committed to; it will be hard to return. Policies like social entitlement programs are one example to mention that once will raise the expectation of the receiver of the assistance, yet is dependent on the contribution of another person, the tax-payer. Naturally, if the community offers a structured welfare program that has a sustainable economy and wealth as a state, the ultimate subsistence of the dependents of the aid would be comfortable. Then still, it is human nature to take the path of convenience and want more and expect better, which makes it vulnerable. The latter is even more troublesome, amid plummeting economy — the unhealthy milieu of which is the collective realm riddled with the crossroad between human interdependence and socioeconomic inertia.

Underprivileged has fewer Options- even with the Nordic Healthcare System!

Human Interdependence is the Virtue of the Populist Doctrine

The tension between individualism and the collective doctrine has been around since the advancement of new communities. Nonetheless, since the fall of communism in the early 1990’s a new form of collective dogma has emerged; That is the concept of socioeconomic Globalization.

Globalism and populism both necessitate human interdependence, meaning finding a ground to group-specific individuals based on particular traits. Both populism and globalism efficiently find such commonality amongst them but different on the scope and size of their mission and vision. For instance, a new globalist is typically a liberal with a feudalistic attitude, herding the globe under the commonality that everyone merely is human — the recent calls for action on the notion of humanity and global brotherhoods.

In reality, a globalist is nothing but a populist with a different vision. The traditional populist inherently is, on the other hand, Pro “fragmentism”; because it is conservative and envisions in a more secular manner based on traits such as race, country, ethnicity, language, etc.

A concerned glimpse into physician and patient agency

All in all, conservative populism and its universal model; the globalism can only prevail with the interdependence of its constituents. And such inter-reliance is the grounds for a socialist structure, thus only on a different scale.

Some may argue that populist is racist, and socialism is not! However, to the contrary, racism can independently affect any community irrespective of the shared vision. For instance, Hitler Germany was fundamentally a socialist system, only under the unifying nationalist factor. To the same extent, communist Russia under Stalin was always a racist system, even though rarely acknowledged.

Populism is the Catalyst of the Commune and Collective Identity.

Populism is extremely popular around the globe but rarely acknowledged by the populace. A populist sees his identity within the reflection of his particular community. It is the system that forces individuals to see themselves categorically, such as white, Asian, Christian, European, Indian, etc.

Of course, the sense of belonging to a group or profile is not as robust in every person. Naturally, the more a person is exposed and lives amid diversely inhabited communities, the less attachment that person will have to his commune. That is why the majority of populist communities are the ones in remote regions of the world with little or no exposure to the rest of the ecosphere. More so, it would be outcast though for an outsider to fit in those as mentioned earlier, strictly homogeneous communities.

A socialist scheme functions best under the firm establishment of shared identity and less efficiently under individualistic networks. That is why Once collective identity comes through the door, individual identity goes out.

Collectivism, Socialism, and Communism lengthways the Spectrum of Individual Interdependence

Socialism is the organizational form of collective identity, with communism situated at the far-left end. It is fair to assume that communism is built on the notion of collective conscience, which is Why many people still may believe in communism. But socialism and communism, in particular, tend to fail in their purest forms, even though in theory they are utterly humanistic. But on the conflicted side, human beings are the creators of competition and programmed to excel over his fellow humans. That is something socialism perpetually hinders. Few states have tried to combine the free, individualistic models with socialism with limited success. Nonetheless, with perpetually increasing public expectation and divergence of general knowledge homogeneity amid works populace, a high vacuum of conflict is expanding.

Socialism, crony capitalism and the prevalent disregard for individual disposition

The Factual realm of humanity

The void that drives living costs more elevated and the public less trustful of the administrations who are trying to hold the socialist-inspired welfare programs alive. The said welfare programs are finished in Humanistic grounds but then again can’t satisfy the growing expectations of the millennials.

Human beings endure humanity because it is the ultimate ideal.

We have historically strived to unite the masses based on the concept of collective conscience. And since collective consciousness and kindness serve as the glue or trait that unites people- based on that notion, henceforth people have traditionally idolized socialism. By taking the former even further by radical intentions, it gave rise to the communist movements. They were unaware; or flunking to learn lessons from history that, if socialism is what we want, so we must lower our expectations. And if we accept lower prospects, then we must also give away most or all our individual identity.

For centuries from the advent of Adam and Eve or the ascent of Homo sapiens, the modern human has been eagerly…

Bribery and its formalized version; the kickback practice under the current definition is undoubtedly among the most…

Economic Rent- The Influential Switch in Excess of Talent and Skill

Boy! Did we do a day’s work! They give the job all they’ve got!”- The slogan of Domestic Operations Branch at the…

The world’s political landscape is constantly changing. Throughout centuries the rules of engagement have shifted from…

If Capitalism is a failure, then what is the alternative?

In the current political sphere along its rhetorical voyage, we all can meet face to face with buzzwords such as…

Adam Tabriz, MD Dr. Adam Tabriz is an Executive level physician, writer, personalized healthcare system advocate, and entrepreneur with 15+ years of success performing surgery, treating patients, and creating innovative solutions for independent healthcare providers. He provides critically needed remote care access to underserved populations in the Healthcare Beyond Borders initiative. His mission is to create a highly effective business model that alleviates the economic and legislative burden of independent practitioners, empowers patients, and creates ease of access to medical services for everyone. He believes in Achieving performance excellence by leveraging medical expertise and modern-day technology.
« The Best Stocks to Invest in October
Blockchain Will Transform the Way Banking Apps Work »