We Believe the Slaughter of Innocents Is Just 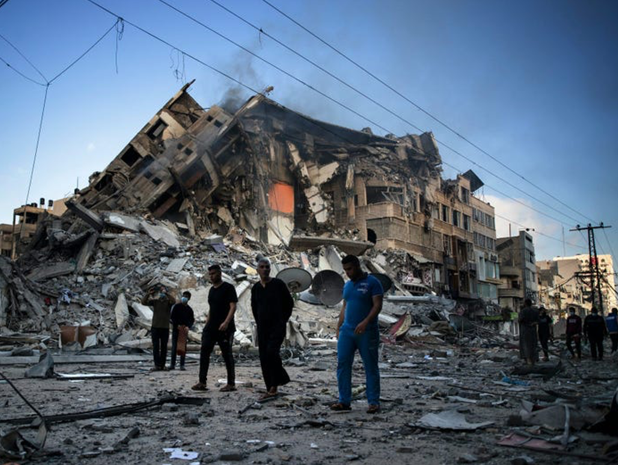 We believe the slaughter of innocents is just. We watch as people is stripped of their human rights and dignity, subjected to torture and murdered. It is not just the perpetrator but also those who make it possible who need to be held to account.

The world watches as the Israeli Defense Force (IDF) invades homes, destroys property and lives, and shoots protesters to maim or kill them as if it were a sport. Earlier, July 23, 2021, I learned of the murder of Mohammed Muneer Al-Tamimi, 17 years old. He was shot by Israeli soldiers invading his village of Nabi Saleh to suppress an unarmed demonstration against Israel stealing their land. He was shot in the stomach, one of the Israeli Defense Force favored tactics. His family and sister have been very active resistors and thus targets.

He is but one of the latest examples of what I think of as Israeli Army sport killing. This behavior reminds me of Steven Spielberg’s 1993 film, Shindler’s List, in which the Nazi Commandant, Amon Goeth, played by Ralph Fiennes, makes a sport of randomly selecting and murdering camp inmates on a whim. The Israeli’s are far more intentional and murder with purpose.

We watch with indifference as Gaza is turned into a pile of rubble. The killing of innocents is ignored. We have been taught to believe it is right and just for the people of one particular nation to steal another people’s land and slaughter them while claiming the right of self-defense and self-preservation. This is the story Palestinians know well and is part of the hell they live and have endured since the 1948 Nakba. That was the day the State of Israel was created, and 750,000 Palestinians were made homeless, and more than 500 villages were destroyed. We pretend to believe that was right and just.

The Nakba would never have happened except for the Holocaust and guilt Western nations felt because of centuries of persecution, oppression, ethnic cleansing, and genocide against Jews.

To appease their consciences for the two millennia of persecution, Palestine was given to Zionist Jews. In so doing, they ignored it was occupied by Palestinians and had been for 2000 or more years, but is not that the legacy of the European conquest of the Americas? Is not that the American experience?

I visited Palestine, the West Bank, and Israel in 2016 with the Indiana Center for Middle East Peace. It took less than a day to see the complexity of how these people are intertwined to realize the two-state solution was a cruel fantasy promoted to distract us from reality. I saw first-hand the vilest form of racism the world has witnessed since the Holocaust in an atmosphere of arrogance, condescension, and an overwhelming sense of entitlement.

One morning as our group gathered outside the old city of Jerusalem at the Jaffe Gate to meet our tour bus, a school bus stopped to pick up Israeli elementary students. While I conversed with our group, I happened to look up to see a wide-eyed 7-8-year-old girl staring at me. My looking up failed to break her intent gaze. In her eyes, I saw fear, hate, distrust, concern, condescension, and terror. As I looked at her, I realized she revealed what a government possessed by a poisonous settler colonialist and racist ideology has promoted and taught its children and citizens. Instilling distrust, fear, and hatred of those defined as different is the tried-and-true way to maintain control and manipulate its citizens.

This observation was reinforced by visits to the Israel Museum, Jerusalem where groups of soldiers were guided to specific exhibits that amplified selected patriotic themes.

The same was true of the Yad Vashem, the Israeli Holocaust Museum. At its entrance is a quote by German journalist Kurt Tucholsky. It reads: “A country is not only what it does but what it tolerates.” I could not help but recognize the cynicism. It was a cynicism that also resonated as I thought about my country.

The design of the Yad Vashem takes you from the light and descends downward into darkness. Its low point is the high point of the Third Reich, then it ascends back into the light. At the exit, there is a large window that looks out onto a lush green garden. What you don’t know is that the green garden was once a Palestinian village massacred by radical Zionists in 1948. Tucholsky’s words and the garden built on the rubble of a village covering the bones of people whose crime was that they lived on land coveted by others reveals more than it hides.

What is happening in Jerusalem, the West Bank, and Gaza is possible because the United States government, whether led by Democrats or Republicans, is complicit by providing billions of dollars to finance and support this regime and its racist apartheid policies.

Giving billions of dollars in aid without restrictions allows Israel to provide its people benefits we only dream of having. They benefit from the third-best free public healthcare system. They have access to free education and new settlers filling the illegal settlements in the Palestinian West Bank are provided free housing and other benefits.

The rubber bullets, tear gas, and stun grenades used to control, oppress, maim, and kill unarmed Palestinian protesters are provided by the United States. On May 18, 2021, in the middle of deliberate unrestrained violence against Palestinians, President Biden announced Israel would receive more than $735 million in weapons to replenish its arsenal. The munitions were used not to protect Israel from foreign aggression but to oppress and kill illegally occupied Palestinians. The United States supports Israeli attacks on unarmed Palestinians. Palestinians are armed only to the extent of Hamas having flimsy rockets it can launch into Israel. We repeat the absurd excuse of Israel’s right to protect itself, ignoring international law that obligates the occupying power to protect and preserve the people under its control and the people’s right to resist an oppressive occupation by any means available.

By its example, the United States promotes and believes the slaughter of women, children, and the aged is justified while uttering mild complaints expressing concern for the safety of journalists. This meek protest caused Reverend Graylan Hagler at the Plymouth UCC in Washington, D. C. to suggest it was like the Biden-Harris administration going to the Grand Wizard of the Klan during a lynching and asking them to “show a little restraint.”

The theft of Palestinian lands, the destruction of housing and communities, the denial of human rights, and the maintenance of total control over their lives are made possible by U.S. support of these Israeli war crimes.

Israeli government policies are cancer-destroying democracy everywhere. It has used 73 years of Palestinian occupation to develop sophisticated means of oppression, control, repression, ethnic cleansing, apartheid, racism, and genocide it exports indiscriminately to any regime interested. Israeli writer and activist, Jeff Halper’s War Against the People: Israel, the Palestinians and Global Pacification describes in detail Israel’s “securocratic” war. That war includes helping militarize American police forces turning them into armies of occupation rather than agencies providing service and protection of citizens. It is no surprise seeing the rising number of cases such as George Floyd, Michael Brown, Brianna Taylor, and a host of others.

On July 20, 2021, Ethan Paul published a report in Responsible Statecraft titled “Israeli—not Chinese—firm caught exporting its ‘authoritarian model.’ It revealed how an Israeli company with close state ties sold hacking software called “Pegasus” to China that was later used to hack Microsoft and other companies. The Biden Administration joined with the European Union less than 24 hours after this story broke to attack China for organizing a global cyber hacking campaign. Curiously, the Israeli source for providing this technology to China was never mentioned. It also raises the question of U.S. support for promoting authoritarian technology and means of control to what purpose.

America is an example of the tail wagging the dog. Our politics and foreign policy are influenced and controlled by a powerful lobby and a foreign power that interferes in our electoral and political process at will without consequences.

When I think about that little girl on the bus that morning staring at me, I am reminded of what happens when we allow our fears, ignorance, bigotry, and tribal mentality to drive us to embrace our worst instincts and behaviors. When you hate, you become what you hate.

Israel, regardless of the future outcome in Palestine, will never recover from what it has made itself into. It has been destroyed by its own hate. When I think of this tragedy, I am reminded of another quote by Kurt Tucholsky. “Those who hate most fervently must have once loved deeply; those who want to deny the world must have once embraced what they now set on fire.” Sadly, we must acknowledge the final tragic consequence of Nazism and the Holocaust was passed down to the descendants of those who survived that hell. Their embrace of Zionist ideology exhibiting racism and hate exposed by its policies in Palestine is now being spread. It is cancer we must remove to preserve democracy.

More troubling is the United States playing a pivotal role in being comfortably complicit with the slaughter of innocents who protest peacefully against their oppressors. Our support reveals and reflects our history believing murder, ethnic cleansing, denying people their human rights, and genocide are justified and just. Americans would do well to think about Tucholsky’s words that “a country is not only what it does but what it tolerates.” Obviously, six million Jews and at least five million others died without learning one of history’s primary lessons expressed by German philosopher George Wilhelm Friedrich Hegel. “We learn from history that we do not learn from history.” And so, it goes.

Jerry Lawson Writer/ghostwriter/essayist (www.jerrymlawson.com), freelance journalist and artist. As a historian and biographer, Jerry operates a business focused on writing memoirs, biographies, and personal histories for private clients. Jerry was adjunct professor teaching history and government at several universities and worked as a reporter, editor, and managing editor of a newspaper. He acquired other experience working in industry, business, and banking. A recognized artist creating mosaics using hardwood scraps and pieces that are other’s trash. I live to write, create and make things using whatever medium is available. I am an explorer. I investigate, follow, and ponder whatever opportunities and issues life presents. I am curious about all things by nature and my interests and my writings and art are as varied as my experiences.
« Have A Startup Idea? How To Raise A Pre Seed
How to Imagineer Your Dream Life with a Financial Advisor »