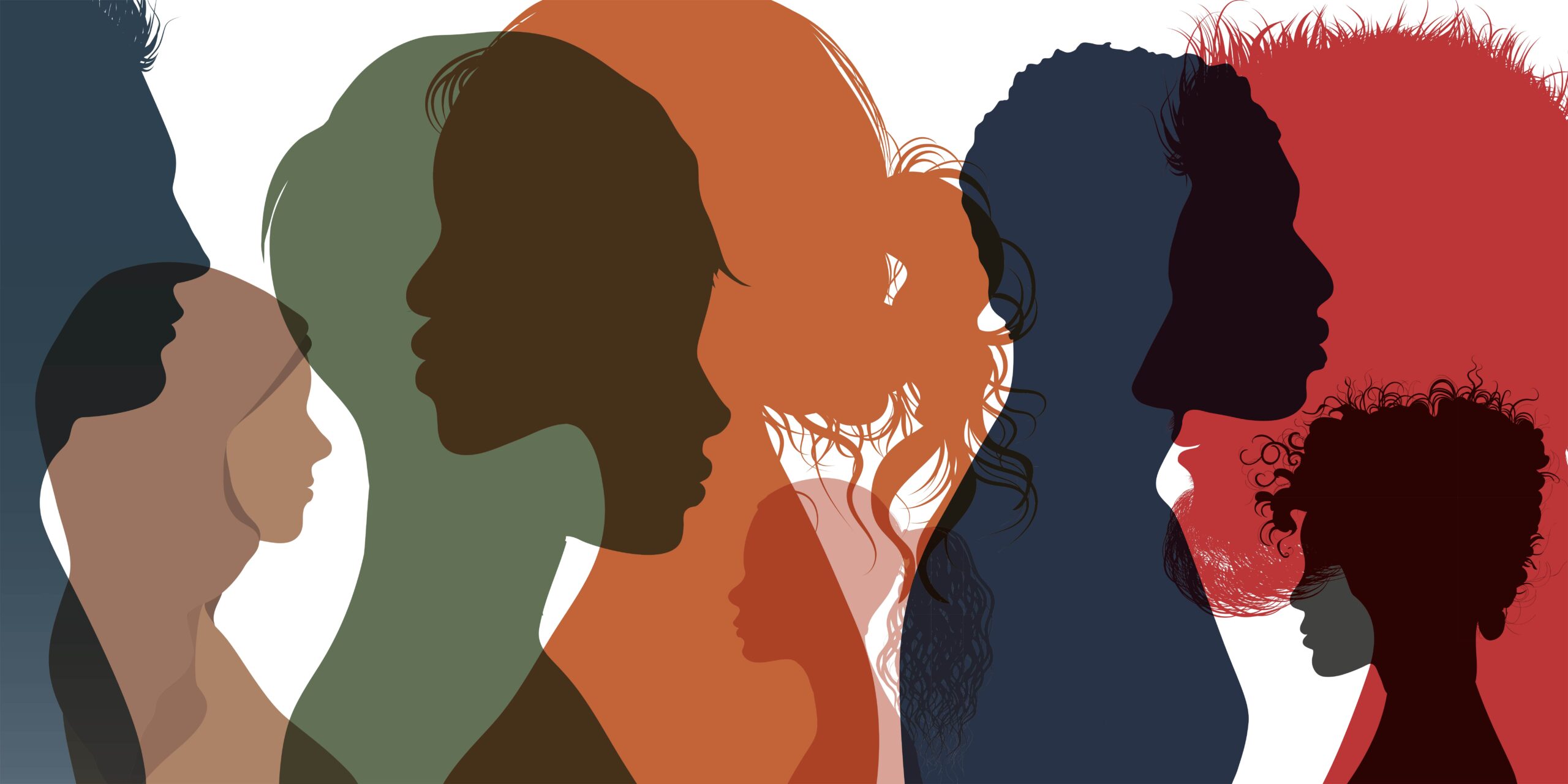 Fintech influencer and Findexable advisory board member Angela Yore talks about gender equity in the industry as well as the new Fintech Diversity Radar initiative.

Because we’re (unfortunately, still) in the midst of it, we don’t know what the post-COVID economy will look like. But according to Findexable, a proprietary global database of fintech firms, the fintech sector will definitely play a central role.

No matter what the future looks like, my hope is that fintech will do what it does best: expand access to financial services that support those most affected by the pandemic while creating a more diverse and sustainable marketplace of financial products that benefit consumers of all walks of life.

But no matter the industry, a commitment to diversity needs to begin with business leadership. Boards –– whether they’re overseeing our schools, government agencies, startups or big corporations, should reflect our communities.

And although 50% of our communities are women, they’re “woefully underrepresented” in fintech (and tech overall), says Angela Yore, an entrepreneur, PR leader and influencer in the fintech sector.

That’s changing, although “not fast enough,” she argues. “But we also know that it’s not measured that well. And the only way to get meaningful change is to have a voice about it.”

As a member of Findexable’s advisory board, Angela, who is Managing Director and Co-Founder of U.K.-based fintech communications agency SkyParlour, is leading a clarion call for gender equity in the industry.

This year, she helped launch the Fintech Diversity Radar, the world’s first global platform gathering progressive data on women in fintech to understand their impact and contribution to the digital economy. The first initiative of the Diversity Radar is a survey of fintech firms administered in partnership with the University of Illinois at Urbana-Champaign.

The results will be compiled into a “Global Gender Diversity Scorecard,” slated for release in November, that the industry can use to create a more diverse, inclusive workforce –– and to better serve the marketplace.

Since co-founding SkyParlour in 2009, Angela has raised the profile of hundreds of brands in fintech, mobile tech and e-commerce. In addition to her role at Findexable, she sits on the boards of wearable tech startup DIGISEQ, the Emerging Payments Association, Global Retail Insights Network (The GRIN Labs) and the European Women Payments Network (EWPN). She also serves as Chair of the Executive Committee for The Inclusion Foundation.

On an episode of Tech on Reg, Angela talks about why she got involved with the Fintech Diversity Radar, what it promises to teach us and how you can jumpstart diversity efforts in your own company right now.

When Angela launched SkyParlour with her business partner Kimberley Waldron 12 years ago, they began making connections in the FinTech space.

“We were both highly qualified female leaders, running a marketing communications business … end to end –– all the operations, finances, et cetera.”

While marketing is “pivotal to the success of any business,” the men Angela and Kimberley encountered would often refer to the “marketing ladies” or the “marketing girls” –– “as if marketing wasn’t as important as any other function.”

She says that for quite a long time, “we weren’t quite sure if we liked some of the ways that we were being treated.”

But they didn’t raise a fuss. They knew their value and they thought everyone else did too –– “we were working with some great companies,” Angela says.

“Then we thought to ourselves, hold on a minute: Here we are helping these businesses to increase their value to either get more funding, to be bought, to grow, or to reposition themselves in new areas, and they’re not taking marketing seriously. Why is that?”

The hard truth is that it’s “probably because marketing is often a female-led function, as is HR. But how many marketers and HR people do you see on boards?” she says.

That’s when Angela and Kimberley realized that something had to be done, and they were just the women to do it.

Gender inclusion across the globe starts at home

Although she can’t divulge the results of the (still ongoing) Diversity Radar survey yet, Angela views the apparent gender inequity in fintech as an opportunity –– “to get the investor communities and private firms thinking about their mix on both their executive- and non-executive boards.”

The (anonymous) survey asks about the demographic makeup of boards and senior management as well as their plans for the future.

It also tracks each respondent’s geographic location to learn more about how diversity varies from place to place.

Findexable has been studying this for a while now: The Global Fintech Index is a real-time ranking and index of fintech companies and ecosystems around the world.

The Global Fintech Index “shines a light on the cities that are doing the best, and also to shine a light on countries with emerging fintech companies, to bring great jobs across the globe,” Angela says. “It was another way of creating inclusion and to get this sector flourishing globally.”

Now, the Diversity Radar will further expand our understanding of fintech as a worldwide phenomenon.

So far, the response to the survey has “been good … but the results, that’s another matter,” says Angela.

She sees it as “that first stake in the ground that will allow us to understand how we start to measure it [diversity] over a period of time” –– and as an important step toward “honesty and acknowledgment that, yes, we’ve got work to do. We’re going to open ourselves up and provide this data so we can either be held accountable or hold ourselves accountable.”

For SkyParlour, that involves “putting a mirror up to ourselves as well,” she adds. “We’re a female-led business but we need to look at our own makeup internally –– are we a cross-section of the public?”

Angela thinks her firm is doing quite well in that respect, but it’s always possible to do better.

“This isn’t about pointing fingers at others, this is about us all collectively taking responsibility.”

An ‘infinite journey’ starts with a single step: How to move the needle on diversity –– right now

There are several ambitious goals to the Diversity Radar survey. First, “it’s about bringing publicity to the issue,” Angela says.

“As a result, there’ll be a number of initiatives, which I can’t really divulge. But [they’ll] enable the sector to perhaps be accredited for being more inclusive –– or at least, to show it’s willing to endorse the Radar.”

The survey is just the beginning, however.

Angela encourages fintech professionals to take the survey themselves and reach out to her with any questions (see below). Beyond that, she encourages readers who are looking for new talent to understand that we all have our own biases, and we must proactively work to overcome them.

“Look at each CV that comes through the door with an open mind,” she says.

Even though you might always hire similar candidates, whether they’re from a particular school or have certain kinds of internship experience, consider the advantages of proactively choosing people of more diverse backgrounds, which “enables a company to look at the world with a different lens,” Angela adds.

“I always like to remind people: Start being conscious of your unconscious bias.”

Adapting to any kind of change can be difficult, says Angela, who advises us to “be kind to ourselves” in the process.

“All we can do is our best because we can’t help the way we’re programmed sometimes,” she adds. “Over time, things change, and we start to see green shoots coming up … great companies doing great things in different ways. They, and you, stand out for being the sort of company that others gravitate towards.”

Attracting talent is at the top of any growing fintech company’s priority list, and the best people are drawn to companies known for having positive, authentic, transparent and diverse workplace cultures.

As Angela puts it: “The best culture is an inclusive culture.”

Dara Tarkowski Follow I'm Dara Tarkowski. Innovator, entrepreneur, attorney and podcast host. I am FinTech and RegTech enthusiast passionate about responsible innovation and exploring the intersection of law, technology and highly regulated industry. I'm the Managing Partner at Actuate Law, Chief Innovation Strategist at quointec, and the Host of the Tech on Reg podcast, recently named one of the top 10 RegTech podcasts. I was also named to the 2019 Women in FinTech powerlist by Innovate Finance.
« At-Home Testing for COVID-19
5 Dividend-Paying Stocks With Significant Stock Buybacks »

How to Become an Authentic Leader