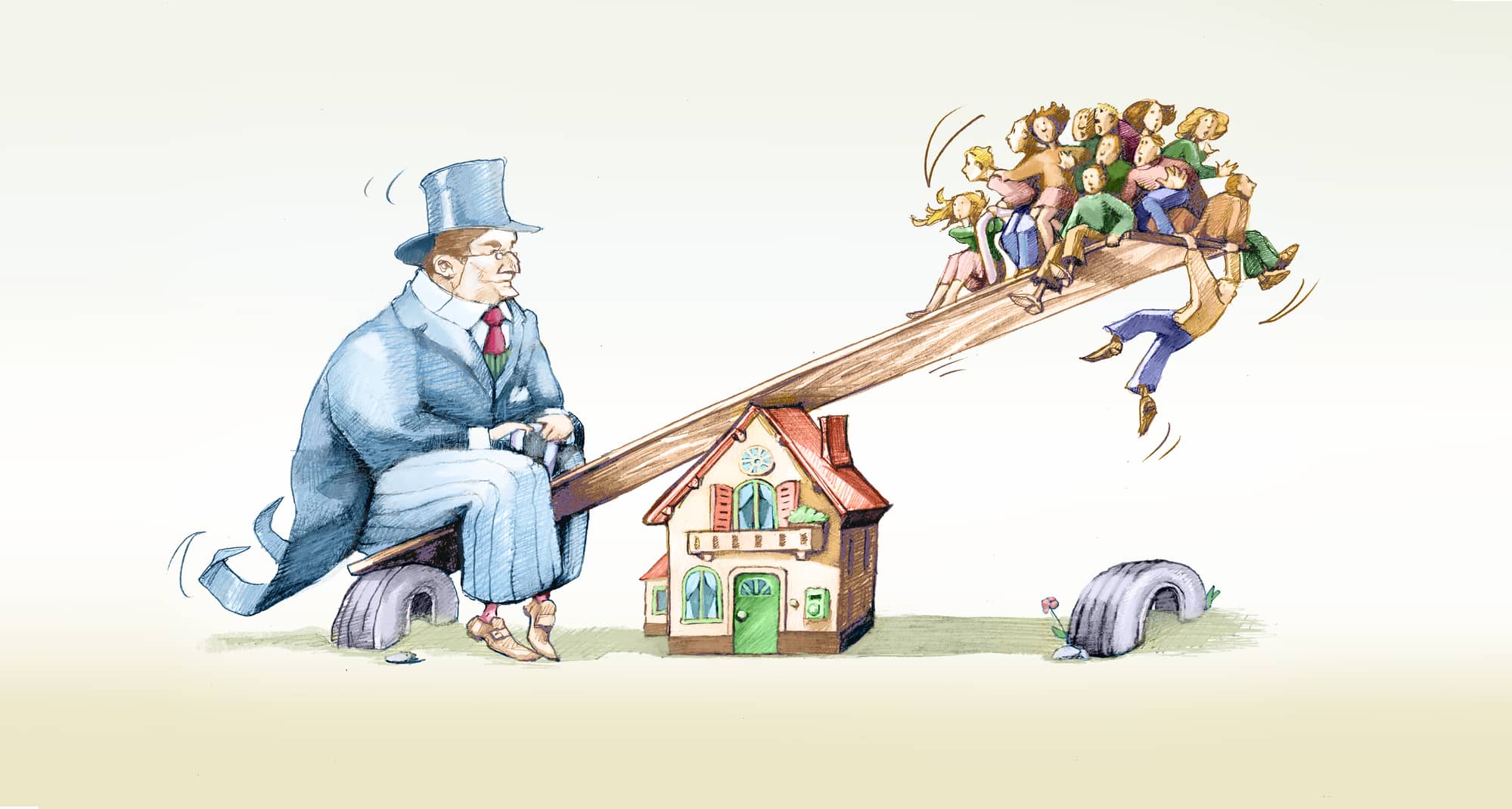 We Need to Raise Your Taxes in Order to Tackle Inflation

Elon Musk and Jeff Bezos, the world’s richest and second richest men, respectively, weighed in about inflation recently. Bezos’ tweet was in response to a tweet from President Joe Biden: “You want to bring down inflation? Let’s make sure the wealthiest corporations pay their fair share.”

Bezos wrote: “The newly created Disinformation Board should review this tweet, or maybe they need to form a new Non Sequitur Board instead. Raising corp taxes is fine to discuss. Taming inflation is critical to discuss. Mushing them together is just misdirection.”

My response to Bezos: You are the one misdirecting. You know what you’re saying is misleading. Or maybe you don’t and that’s even more unforgivable.

To add insult to injury, Musk chimed in about inflation at the All-In Summit in Miami Beach: “The honest reason inflation is that the government printed a zillion amount of more money than it had,” the serial entrepreneur said. He’s right to a point. But the reason for increasing the country’s money supply (printed a zillion amount more money than it had) is a problem is because it raises the national debt. (Mistakes are his.)

Shortly thereafter, Bezos followed up with this tweet, which in theory, I agree with. “In fact, the administration tried hard to inject even more stimulus into an already over-heated, inflationary economy and only Manchin saved them from themselves. Inflation is a regressive tax that most hurts the least affluent. Misdirection doesn’t help the country.”

What I don’t agree with is that Joe Biden is somehow misdirecting. To invoke James Carville in a message to Bill Clinton’s campaign staff re. their messaging:

What Bezos and Musk were having a problem with was raising taxes. And guess what? As I mentioned above, what is driving inflation is the national debt level. Sure there are other strains on the economy such as supply chain problems and labor issues. But it’s mostly the debt level and there are only two ways to fix that: decrease spending (thanks, Joe Manchin) or increase revenue. Period.

I always compare this to a diet, you can only lose weight by ingesting less calories or expending more calories. Some might argue that you should drink more water or eat more fiber and the like. However, those are secondary to eating less. These are things that help you eat less. And secondary to expending more calories is of course, exercising more. It’s simple but not easy.

Same with the debt level, there are secondary ways to decrease spending and there are secondary ways to increase revenue. The most obvious is to increase taxes. It’s simple but not easy. There are other tools, monetary policy tools like raising the interest rate. We’re doing that right now because the FED is more efficient than our congress. And our congress can’t cut spending to save their lives. But again, raising interest rates is a subset of reducing spending.

But raising interest rates hurt small businesses and consumers. Is that what we want? Or do we want to increase taxes on the largest corporations, many of which don’t pay much taxes or any of all.

In fact, at least 55 of the largest corporations in America paid no federal corporate income taxes on their 2020 profits, according to the Institute on Taxation and Economic Policy. The companies include names like Whirlpool, FedEx, Nike, HP and Salesforce. CNBC, April 14, 2022.

Do you know what bothers me the most about this? Much of the reason was because of stock buybacks which of course benefits the shareholders (of which management is included) and it boosts the value of their stock. So they get to increase their wealth while ripping off the government. Two birds.

As a U.S. property owner, I see Amazon delivery trucks go by at least four times a day. They are using the street in front of our house, contributing to the deterioration of the asphalt and pumping pollution into the environment, and they’re not paying their fair share.

One could make the argument that it’s not really their fault. It’s the U.S. tax code. But why aren’t we changing that?

Back to inflation. What do Bezos and Musk care if they have to pay $18 for a hamburger? They don’t care. That’s chump change for them.

Therefore to the world’s two richest men I say, don’t be so greedy. You already make a zillion dollars each (to use Musk’s turn of phrase). Pay more taxes. Even Warren Buffet questioned why he pays less tax than his secretary.

In a recent post of mine, “Pyramid of Pressing Needs” I write that one of the top three things Joe Biden should focus on in his first two years in office is raising taxes. I actually called it “Save the Country.”

“Save the Country is the number two priority. I thought about putting, campaign finance reform here, but I think reducing our stratospheric debt level takes precedence. If we don’t start paying off our debt, we will experience tremendous economic difficulties in the near future. Also, one of the byproducts of debt may be inflation which will hurt the Save the People effort. Inflation particularly hits lower income people harder.”

I wrote about this back in March of 2021. I was right. I take little solace in that.

Again, here’s me being a broken record:

It can be done. And business executives like Bezos and Musk should be supporting that or people won’t be able to afford their fancy cars and fancy Whole Foods.

Or you know what? Tesla makes most of its money from government subsidies. Maybe we should just end those and apply that money toward our national debt.

Cynthia Wylie Follow Cynthia Wylie is a hard-driving entrepreneur with a successful track record. She was raised on a farm which taught her the habit of hard work from an early age. Her recent startup, Bloomers Island has become the standard bearer brand for children to live healthier lives and make healthier food choices as well as inspire in them a love of gardening and nature. She has received two patents on her seed starters, SeedPops which have been sold in over 5,000 stores in North America including Target, Nordstrom and Costco Canada. The first five books of her nine-book series have been published with Rodale Kids, an imprint of Penguin Random House. Previous companies where she was a partner/co-founder include X-Large Clothing, the seminal streetwear brand, and Maui Toys, the activity toy company recently sold to Jakks Pacific. In addition to starting and selling companies, Ms. Wylie does business consulting with The Project Consultant. She focuses on raising money, turnaround actions, and strategic and tactical planning in operations for small manufacturers. She is a founding member of the Startup Founds Group in Silicon Beach, a group designed to process issues and problems that all startups inevitably face. She started her career in Investment Banking writing private placement memorandums and developed an expertise in helping companies to raise money, including over $1 million in seed capital for her latest company. Her B.S. degree is in agriculture from Pennsylvania State University and she has an M.A. in economics from Georgetown University in Washington D.C. She is the part-owner of her family farm in Western Pennsylvania. She raised four children and loves writing, reading, learning foreign languages, and growing plants and companies.
« Oakley Sets Sights on Expanding into Gaming Industry
Benchmarking Your (HealthTech) Startup? A Framework Around Metrics »