Moving to an Era of highly scalable Blockchain networks

If there was one thing that has held back the mass adoption of Blockchain or weakness so to say has been the scalability issue. With Ethereum, one of the most popular Crypto platforms processing a mere 30 transactions per second as compared the mainstream player like VISA which processes almost 1000 times than that, a vital scaling upgrade is required for the blockchain networks to become a part of the mainstream financial ecosystem. Things have at last started to move in that direction with the alternative network solutions like the Lightning network for the Bitcoin blockchain beginning to address this problem but the transition to a highly scaled up version has been slow. 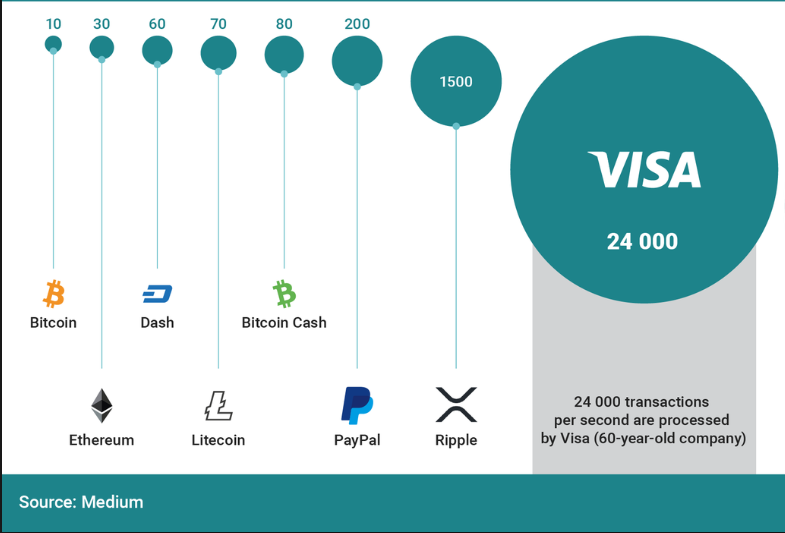 Permissioned-based or Enterprise-focused blockchain networks like IBM’s Hyperledger & JPM’s Quorum have shown a capacity of 100,000 transactions per second which is consistent with these consortium blockchains, but the problem is that they function within a closed ecosystem which is neither decentralized nor publicly accessible so the utility remains limited. All of this seems set to change with the new entrants to this arena which are promising to implement highly scaled up solutions of decentralized public blockchains. Let’s review some of the promising upcoming projects.

In one of the previous blogs I had written about the advances being made in blockchain arena in the Land down under – Australia. A new project called Red Belly has been developed as a collaborative effort between Australia’s National Science Agency (CSIRO) & Concurrent Systems Research Group at the University of Sydney. The project is still in its pilot phase, but has shown immense potential with the processing speeds recorded at upwards of 30,000 transactions per second matching & at times beating mainstream players like VISA. The pilot is being conducted by placing 1000 machines in 18 different geographic regions spread around 4 continents. Here are some of the main features of Red Belly:

Another silicon valley based startup Splend has just partnered with Shanghai Code Center Industry to incorporate IBA Flash Network technology for the China Cable Television Network. The startup is working on this proprietary Integrated Blockchain Architecture (IBA) as an up-scaling solution. Here are some of the key features of this project:

David Chaum, who is widely regarded as the forefather of the Cryptocurrencies & the associated Cryptographic security is the brainchild behind this ambitious & upcoming project Elixxir blockchain. The project was launched about two weeks ago with the intention of addressing the scaling issue with bullet proof security. Elixxir aims to develop a highly scalable, secure & decentralized messaging payment platform. The high TPS is proposed to be achieved by performing the public key operations in advance thus saving precious time in performing the actual transaction. Also, the network would employ hash-based authentication moving up from the traditional signature-based block processing. The project offers anonymity via the native mixnet protocol on a blockchain that stores tokens rather than transactions. The project paper also claims Elixxir’s non-vulnerability to 51% attack where any single node protects team consensus as shown in the figure above. For now, though the project seems to be more focused on addressing scalability issues until it gets ready to hit the market in the future.

We are now entering a new phase in the DLT technology where the core weaknesses identified in the first decade of development is getting ready to get an upgrade to Blockchain 2.0

Faisal is based in Canada with a background in Finance/Economics & Computers. He has been actively trading FOREX for the past 11 years. Faisal is also an active Stocks trader with a passion for everything Crypto. His enthusiasm & interest in learning new technologies has turned him into an avid Crypto/Blockchain & Fintech enthusiast. Currently working for a Mobile platform called Tradelike as the Senior Technical Analyst. His interest for writing has stayed with him all his life ever since started the first Internet magazine of Pakistan in 1998. He blogs regularly on Financial markets, trading strategies & Cryptocurrencies. Loves to travel.
« Zero-fee, Decentralized Exchange Launches on Stellar
Power Moves in an Alternative Economy »