“We are pretty much risk-averse, until we are not. Without any reason, we just jump against our better judgement.”

Therein lies today’s consumer mindset. As Iva Ignjatovic summed it up, people are leery about spending until they leap off an emotional cliff. And so, debt begins.

Ignjatovic is a marketing, strategy, leadership and business consultant who works closely with Ivana Taylor, who owns DIYMarketers, a company “committed to helping small business owners get out of overwhelm.”

Together, Ignjatovic and Taylor considered why people have large personal or business debt and what can be done about it.

Individuals and entrepreneurs alike occasionally have eyes bigger than their wallets. They get enticed into spending more than they can afford. They also might confuse their wants and needs – compounded by hypnosis of bright, shiny objects.

“People believe they deserve or ought to have certain material things despite their level of income,” Taylor said.

“Some people just don’t have enough discipline to deny themselves,” she said.

Part of the reason might lie in the fact that most families don’t track spending. A Debt.com poll reveals “Americans think budgeting is crucial, and most are trying it — but not very well.”

Just as debt likely didn’t pile up overnight, neither will the solution be instant. You didn’t have help getting into debt, but now is the time to consult with a financial expert who can help devise a recovery plan and hold you accountable.

Taylor recalled her own long-ago travails when confronting financial monsters.

“College debt, stupid debt,” she said. “I cut my living expenses by getting a roommate, shopped economically and stopped going out.”

The most basic budgeting tip is to accept the difference between your wants and needs. You won’t know if you have enough money for necessities if you don’t know what they are. This will give you a better grasp of what you can afford and what you can save.

“I suck at budgeting,” Taylor said. “I keep my ‘wants’ in check and save for items I know I’ll want or need — computers, phones and such.”

Ignjatovic boiled the process down to tracking and controlling spending and looking for ways to increase income.

Breaking free from debt starts with a mindset change. Don’t accept debt as a way of life, and don’t continue spending habits that got you into debt. Have hope, create a debt-recovery plan and stick to it.

“The way to break free is to stop thinking you need every little thing people are trying to sell you,” Taylor said. To which, Ignjatovic added, “Stop spending more than you earn.”

There are two ways to save more money: Spend less or increase income through a second job or side business. If there is no added income available, it’s time to take a hard look at spending habits. Are you attracted to wants rather than needs?

“Re-define your must-haves,” Taylor said. “You have to make big changes, pull back, cut costs.”

While doing that, Ignjatovic advised using auto-deposits to put savings on autopilot.

Any of those steps could help control expenses, which is sobering and compounding.

Even small changes in buying, spending or saving behavior can have large impacts on your financial picture.

For instance, pay more than minimum payments on credit cards. Otherwise, those payments could stretch out for decades. If you can’t pay more across the board, focus on a small balance and pay that off first. This frees money to apply to your next smallest account and so on.

“I refuse to buy on impulse,” Taylor said. “If I want something, I force myself to wait at least a few days. Can you believe I often forget about it?”

When in doubt, try a spreadsheet.

Start by making a list of what you buy, how much you spend and how much you save. That will help give you a true picture of your habits. Because behavior depends on mindset, that might be your smallest, most significant and hardest-to-achieve change.

With a good grasp of expenses, consumers will have a better chance to set aside money for emergency funds, which also are woefully inadequate nationwide.

MarketWatch states financial shocks can be so devastating because relatively few people have enough cash tucked away. A Bankrate survey found that 63 percent of Americans don’t have enough in savings to comfortably handle a $500 car repair or a $1,000 emergency room bill — including nearly half of those who earn $75,000 or more.

Becoming debt free flushes away worry. Most family quarrels are about money. Purging debt lets you enjoy the nice things in life with a welcome peace of mind.

“When we paid off our house, it was like getting a massive raise,” Taylor said. “We couldn’t believe how much extra money there was.”

“Being debt free gives you power and freedom,” she said. “You choose where to go, what to do.”

In related news, the Tax Cuts and Jobs Act also raised the individual tax credit so high that most people won’t pay enough mortgage interest to claim the deduction. That’s another reason not to carry a mortgage burden for 30 to 40 years.

“Owning a home is a myth,” Taylor said. “You have to evaluate your personal situation to see if it’s a good decision.”

Ignjatovic refuted another myth: You have to be rich to invest.

Get out of debt soon is a worthy financial goal. Although debt extraction is not a quick process, you’ll never get there if you don’t at least start the process today.

A podcast with Taylor addresses debt and how individuals and businesses can get back on a firm financial footing. 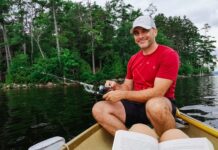 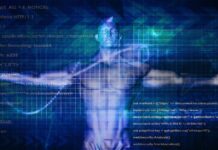 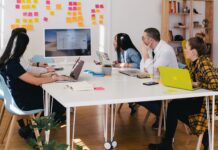