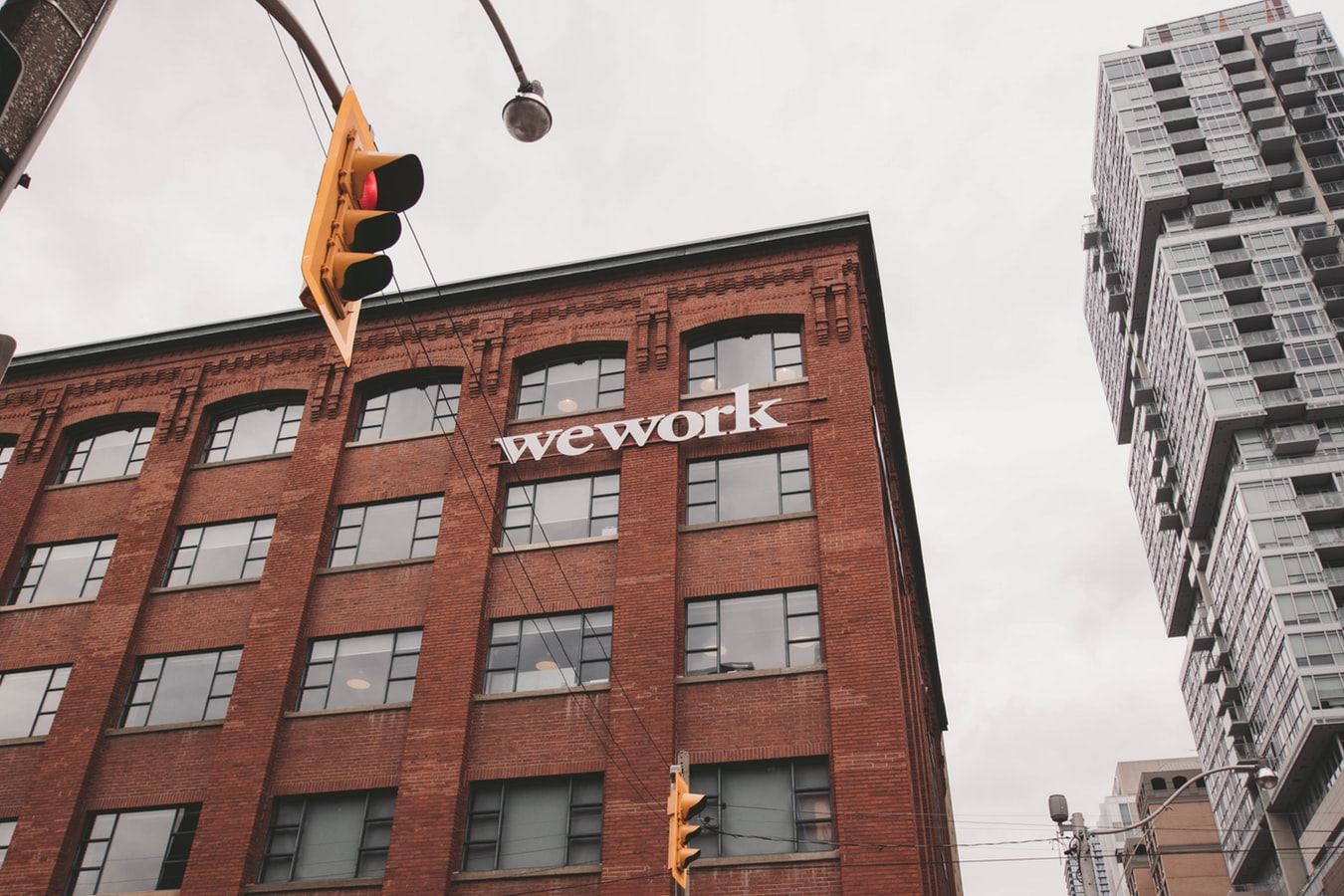 Most investors will have heard that co-working company WeWork plans to go public this fall.

Its tequila-swigging, surfer dude CEO Adam Neumann makes renting office space sound like a spiritual movement. Despite WeWork’s staggering losses, the company has been privately valued at $47 billion and is looking to raise over $3.5 billion, which would make it the second-largest U.S. IPO this year.

So will WeWork be 2019’s most impressive unicorn, or an Icarus that falls disappointingly from blue-sky grace?

It depends on who you consult.

Typical alternative data sources paint a rosy picture for WeWork: app downloads are increasing according to Apple, foot traffic at WeWork locations is rising steadily (measured by the number of check-ins to Facebook), and LinkedIn shows that the number of WeWork employees has increased 73% in the last year.

There can be no doubt: WeWork’s growth is very real and in many ways it is an impressive company.

But something isn’t quite right.

To get the full story behind WeWork, and to get a real sense of its long-term potential, we need another kind of alternative data: something that goes beyond obscure details that may or may not be important like app reviews and web traffic. What we require are context and history.

To give you a bit of background: We built Signals in consultation with clients who told us which news events they considered important when deciding whether or not to invest in a company. We found thousands of relevant examples for each signal and ran the articles through a machine learning model.

Now the system is able to automatically spot articles that could be important for investors to know about.

Here are the articles that Signals flagged for WeWork which are quite alarming: 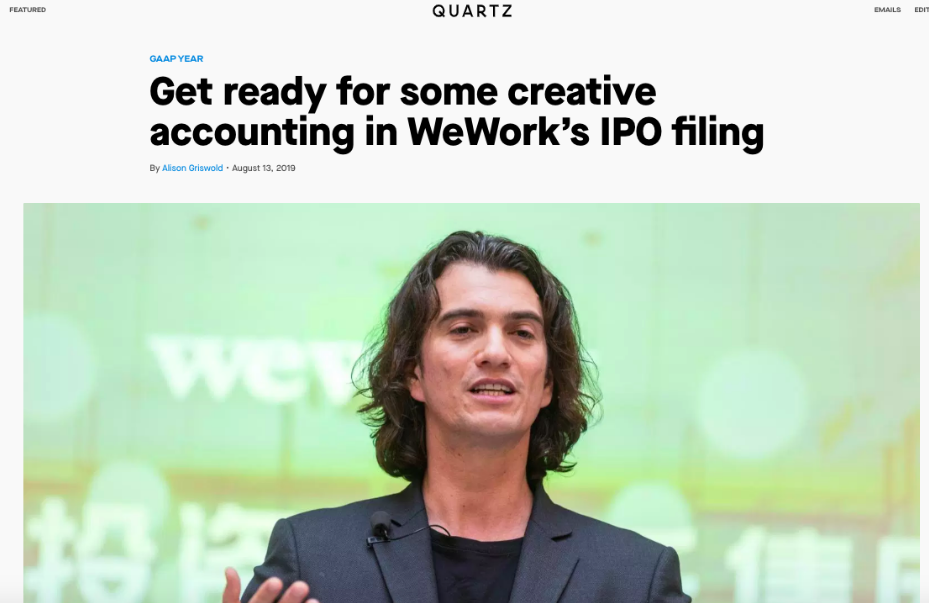 This article explains how WeWork has been devising new accounting categories to help obscure how much money it is burning through.

Publically Neumann is all swagger about the fact that the company is estimated to spend about $150-200 million a month, reporting a net loss of 1.9 billion in 2018. His CFO says they are proud of the investments they are making.

Alison Griswald at Quartz says, “More than its cash-burning ways, WeWork’s IPO will test investor tolerance for made-up accounting metrics.” She points out that WeWork is far from the only company to use these kinds of methods. Uber also had some interesting accounting acrobatics – but Uber’s IPO has so far proved disappointing.

Here’s another article our algorithm highlighted:

This is where things start to get very suspicious.

Why would Neumann cash out some of his shares in WeWork if he’s convinced that the IPO is going to be such a success? 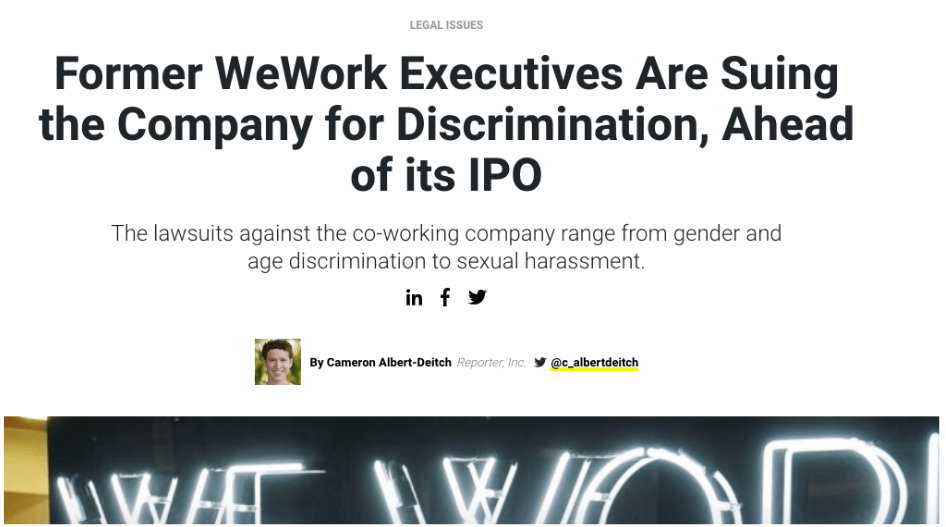 I have been working closely with a large asset management company who is leading the way when it comes to ESG, and they recently explained to me their theory that companies who invest a lot of time and energy into acting ethically are the best long term investments, because they are trying to build something properly rather than looking only for short term wins.

Twitter was aflame over the weekend with more complaints from employees and so this side of the story doesn’t seem to be going away.

The assessment that WeWork is an interesting company but not as interesting as its CEO makes it out to be is backed up by this article that Signals also flagged: 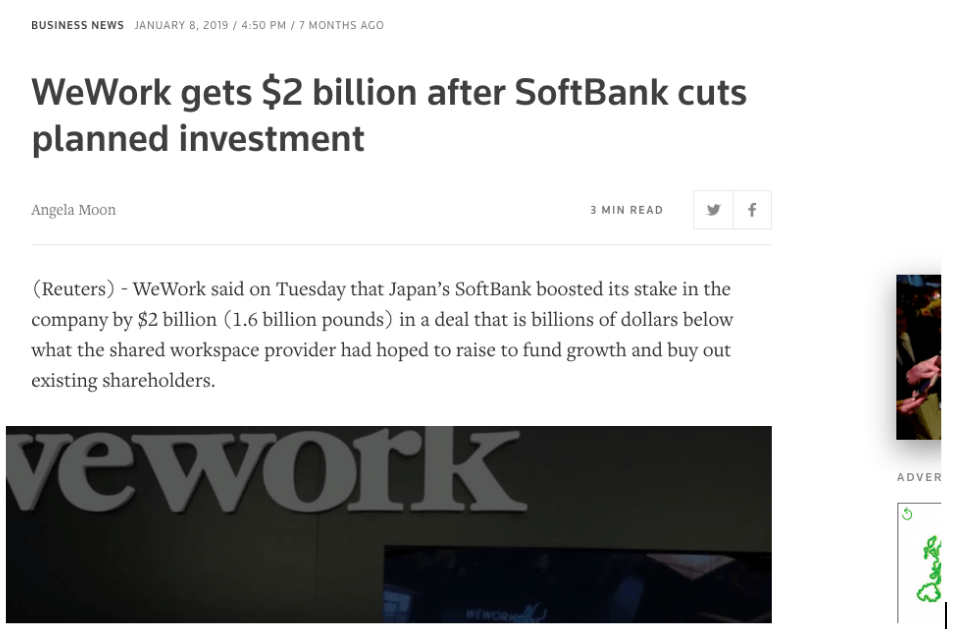 SoftBank is one of the largest and most successful tech investment funds in history. They were considering pouring $20 billion into WeWork, and then earlier this year they changed their minds and massively cut their investment.

The team at Softbank obviously feel that WeWork has potential if they were still willing to give the company £2 billion, but the fact that they reduced their investment by 90% is interesting. It is hard to know what happened exactly, but they seem to have decided at the last minute not to go all in on the company.

The hype around WeWork’s IPO is a great example of gut feel investing: people like the company and they like its CEO, and they think that if anyone can defy the odds and have a magnificent IPO in the face of a potential economic recession it is Adam Neumann.

As he said in 2017: “No one is investing in a co-working company worth $20 billion. That doesn’t exist. Our valuation and size today are much more based on our energy and spirituality than it is on a multiple of revenue.”

You have to admire this guy’s audacity. Even so, the signals we are picking up just aren’t good.

It will be interesting to see how this IPO plays out.

Samantha Monk Samantha Monk is Meltwater veteran who is currently overseeing the company's Fairhair.ai business line in EMEA. As such she is responsible for finding new ways to monetise Meltwater's data: the largest corpus of news articles and social media posts in the world, enriched with NLP to detect sentiment in 16 different languages, and structured around entities. She is currently working closely with Meltwater's engineering and product teams to explore the application for this unique dataset in finance: for short term trading, for private equity due diligence and ongoing investment monitoring, for credit reporting and for identifying risk and high-growth opportunities around small private companies. Before her current role, Samantha led Meltwater sales and client success teams in Boston, Buenos Aires, Edinburgh and London. In her free time, she maintains a Twitter account (@samantha.monk) focused on providing up to date news around artificial intelligence and machine learning.
« Using The [Non] Force
Why Invest in Technology for Business Growth and Development »