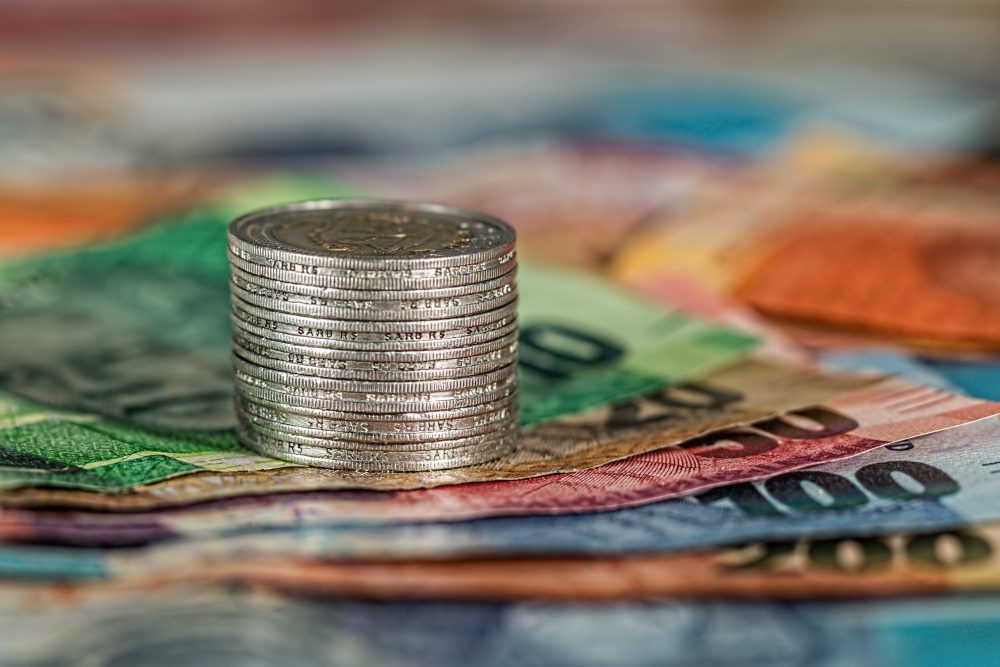 A few weeks ago, the New York Times ran an article regarding the implementation of a “Wealth Tax.” Both Sanders and Warren are fans of this type of levy which would tax the accumulated wealth of those who have assets of more than $50 million. Both Warren and Sanders believe that this levy will result in the collection of billions of dollars. The tax will be levied on personal property, such as real estate and art. The proposal could be unconstitutional and would certainly be challenged in the courts.

While those of a more socialistic bent may call this a tax, in my opinion, it is an opportunity for government to seize legally acquired property in the name of economic equality. This is akin to the Bolsheviks appropriating the farms of the Kulaks in the Soviet Union for their collective enterprises during the 1920s and early 1930s.

Private property, whether it is in the form of land, art or cash, should belong to those who have legally acquired it. The United States government should not be confiscating private property in the name of income equality.

That is not to say that the wealthy should be immune from paying taxes. Our tax system is flawed. For too long, our government has pursued crony capitalism. This has protected the powerful from the competition and from the true market that was intended under our economic system. From the time of the 1930s, America has again and again abandoned a liberal economic order in favor of having the government dictate market forces.

This has resulted in the picking of winners and losers. The government has done so using regulatory restrictions on everything from who can compete to creating artificial requirements before allowing entry into a market. Regulation should be used to open markets and to prevent bad actors from bilking the public. Instead, Congress has given the executive branch too much latitude to use regulatory bodies and frameworks to reward friends and prevent true market capitalism.

We see this with subsidies, licensing, and other artificial barriers. In his work, The Road to Serfdom, Fredrich Hayek predicted that, when libertarian markets are prevented from operating, the results are, at first, economic tyranny followed by political tyranny; the rise of a dictator and the loss of political freedom. Our markets presently are more heavily regulated than those of the supposed “socialistic” economies of the Nordic states.

Today, The United States is on a precipice of economic and social dissatisfaction not seen here in over a century. This crisis has been 80 years in the making. The glorification of the presidency from the time of FDR to Trump has conditioned our citizens to think of the federal government as being embodied by the executive instead of what the Founders intended, which was the Congress. This gradual adaptation of a “strong man” government has culminated in the spectacle of the Trump Rally, which has ripped the thin veneer of civility from our body politic.

We hear politicians such as Beto O’Rourke suggesting the confiscation of people’s legally purchased firearms, which is not what our government should or was intended to be able to do. The executive order that Trump signed overturning the executive order that Obama signed to protect DACA kids is wrong in both instances. Obama and Trump should have gone to Congress to have legislation passed to solve the DACA problem. Our system is meant to be deliberative and cumbersome. Authority for policy rests with the legislature, not the executive. The executive’s responsibility is to enforce the laws made by the legislature. 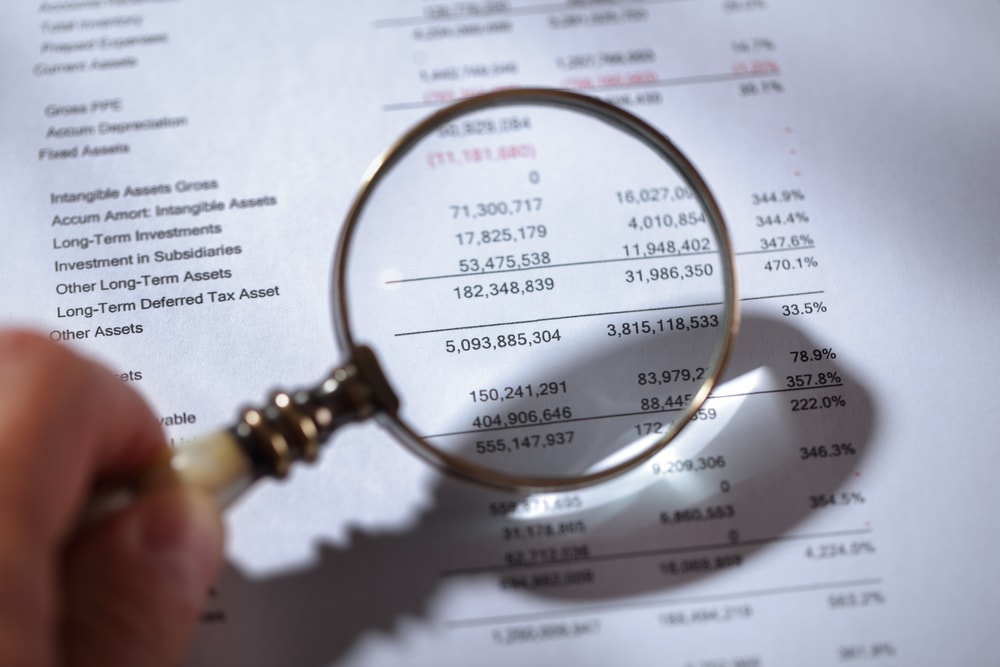 While we see the results more vividly in situations such as immigration, the corrosive effect on our liberty begins with how our capitalistic, free-market economy has been bastardized. Congress should pass legislation that specifically spells out what its intent is in the adoption of a bill. The details of how to carry out such intent by the executive should be as narrowly defined as possible.

The president should have little discretion on levying tariffs on goods. Trade agreements can be negotiated by the executive, but they should have legislative input. No executive should have the authority to decide which nations have tariffs and which do not. These agreements need to be ratified by the Congress.

Through the acquiescence of Congresses, dictatorial powers have been conferred upon the executive while in office. The Founders specifically wanted the executive branch to have a unitary president in charge. They did not believe pluralistic executives were practical. This unitary executive theory is workable only in a democratic republic — if the president’s power is checked by the Congress through oversight and legislation.

The Democrat’s answer to the overreach of Trump is just as bad. Confiscatory policies such as a wealth tax have been proven to be unworkable. In 1990, there were 12 European nations with one, and now there are only three. People who have accumulated wealth are smart and they have smart advisors. When confronted with confiscatory taxes, they leave.

There is no question that we have a disparity between the very wealthy and the other members of society. It is my argument the U.S. became such a nation directly because of government interference in the economy. This includes the increasingly intricate income tax laws and rules which were promulgated to benefit friends and favored companies. This has resulted in the creation of our crony capital economy.

Income tax rates on the wealthy need to be increased. If you want to have income equality, simplify the tax code to do away with all personal exemptions and deductions. Tax all income equally, whether it is capital gains or wages. There needs to be as few rate classifications as possible, but every dollar of income should be taxed. We should not buy into the argument that the poor and middle class will pay a greater amount than the wealthy. If we eliminate deductions, then there is no place to hide income for anyone. It also avoids the implementation of inefficient tax avoidance schemes. Money will flow to the most productive investment instead of the one that avoids the most taxes.

Deficits, in moderation, are not necessarily evil. What the United States government is currently doing is unconscionable. We are not spending anything on our infrastructure or society, and we have a trillion-dollar deficit during an economic boom. That should be enough to vote out both the current legislature and executive.

The supposed panacea of socialism has never worked. Sanders and Warren are the typical politicians who will climb to power on the backs of those who see the benefit in their socialistic jargon. Their policies will result in further economic inequality. Trump’s phony populism and the abandonment by the Republicans of the liberal order, as typified by the philosophies of Burke and Smith, has taken the nation far from the Founders’ ideals. Today’s Republican economic philosophy harkens back to 16th century mercantilism as if the world economy is a zero-sum game instead of a dynamic engine for human enhancement.

The U.S. economy needs to return to our roots of economic vitality with the government playing the role of umpire. Our battle with economic disparity needs to be addressed through social programs. Taxes on income should be increased to levels needed to fund the programs. This ridiculous assertion of a “trickle down” economy is wrong and has been proven so many times over the past 40 years.

The Warren/Sanders wing of the Democrats will not result in better government or economy. For it to work, it relies on the “smart person” directing instead of all of us being allowed to chart our own course. As Hayek wrote 80 years ago, “Only if we understand why and how certain kinds of economic controls tend to paralyze the driving forces of a free society, and which kinds of measures are particularly dangerous in this respect, can we hope that social experimentation will not lead us into situations none of us want.”

Tom Campenni Before Retiring Tom Campenni was a R.E. Broker and owner of a real estate consultancy in NYC for almost 50 years. He was a City Commissioner and Mayor in Stuart Florida. He now writes a blog, Martin County Moment, a newsletter, Friends & Neighbors in Martin County, and articles on government and finance.
« What’s the Word for Success?
Economic Rent- The Influential Switch in Excess of Talent and Skill »